What happens when three creators known for very different indie comic projects combine to create a vision of the future? The answer comes in the shape of the HEK Treasury, a new crowdfunded anthology title filled with flora-filled dystopias, retired war mechs and the promise of a new beginning, or several.

The oversize Treasury, which will be released as a 8 3/4 by 11 5/8 hardcover, will feature all-new experimental stories by the three creators behind the St. Louis-based collective HEK Studio: Brian Hurtt (The Damned, The Sixth Gun,, Marie Enger (Fhtagn & Loathing) and Matt Kindt (Mind MGMT, Dept. H).

The three creators — each of whom offer an initial to make up the name of their shared studio space — describe the 100+ page anthology, which just launched its Kickstarter campaign, as what would happen if The Twilight Zone and literary magazine McSweeney’s had a baby.

“The beauty of a collaborative book like this is the chaotic fruit that it produces,” Kindt told Heat Vision. “This is how you get to new ideas and ways of telling stories that you can’t get to any other way.”

“There’s a kind of magic that happens when artists collaborate — the amalgamation of different styles can often lead to an aesthetic or a style that is new and unlike anything the individual artists would have created on their own,” Hurtt agreed. “Our hope is to make an artifact, a tangible object, that you will want to curl up with and lose yourself in the worlds we’re building!”

The Treasury is intended as an immersive experience that will include loose-leaf story cards and a trifold poster, with Kindt, Hurtt and Enger approaching their contributions from different directions — but with a mind-set informed by each others’ work.

“I started drawing when I was like…13, so, later to the game than I would have liked, but I’d known since [age] six I was going to be an animator. It didn’t work out. I came back to St. Louis without a plan or any idea of what was next — until Matt dropped a pile of [his Dark Horse Comics series] Mind MGMT pages into my hands, introduced me to Brian who had me start cleaning up [Hurtt’s Oni Press series] The Sixth Gun pages, and the whole ‘comics thing’ started happening,” Enger recalled. “I wouldn’t be doing this without their help, guidance and, honestly, patience. I have a lot of these brutal, bloody, stoned, hilarious, bleak and beautiful stories of insanity and decay, friendships and weed road trips…and I could work 100 years in animation and never tell half of them — but in the HEK Treasury? In our studio? I can create them all.”

Kindt was equally excited about the potential for the book. “[What] this book represents is ground-breaking in format and style but it also represents something in art history that I’ve always been envious of. This book represents a group of creators in the industry that are friends. Like Dali and Duchamp or Warhol and Basquiat or the Algonquin Round Table. We’re planting a seed here that’s going to grow into something bigger than just the three of us.”

Hurtt presented the book as the continuation of an ongoing experience. “Art is about growth and evolution and that’s what this entire project is about — allowing ourselves to stretch and grow and experiment,” he said. “Nothing binds people together more than sharing the same bathroom for almost five years.”

Kindt’s contribution to the book comes in the form of “The Great Mech Wars,” three interrelated 10-page stories telling the story of an old war-mech. Enger, meanwhile, offers a number of stories based around the idea of dystopian worlds ruined to the point of new, potentially unsettling beginnings, while Hurtt also creates a trilogy of stories, this time based around the recurring motif of dystopia popularized weaponized plants and other forms of mutated life.

“I love creating these fantastical worlds that I can lose myself in and the intent — the dream — is to have the readers immerse and lose themselves in these worlds as well,” Hurtt said. Kindt went further, saying, “I promise you’ve never seen a book like this before.”

The HEK Treasury Kickstarter can be found here, with more artwork and details available on the campaign page. The campaign runs through early September. 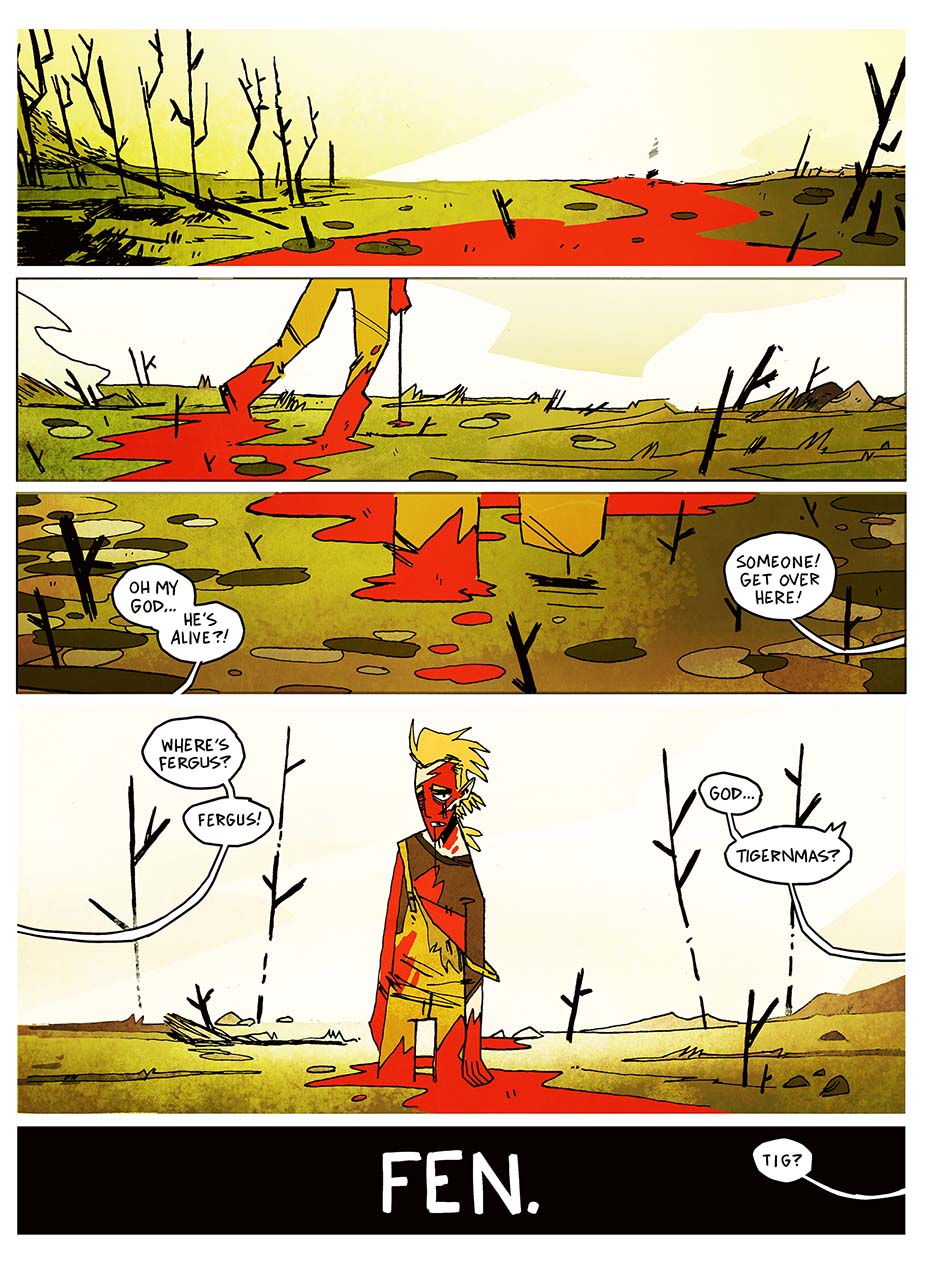 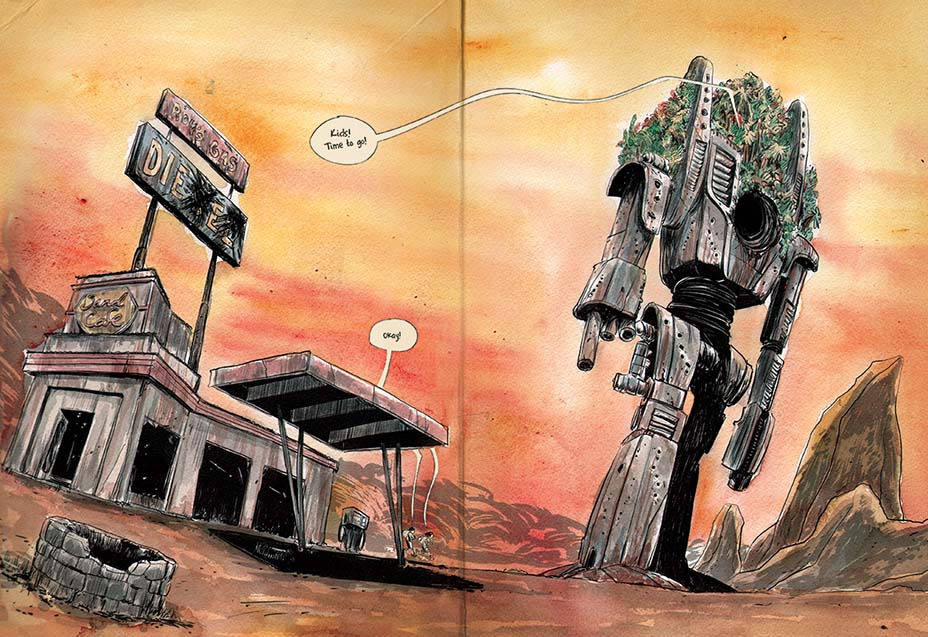 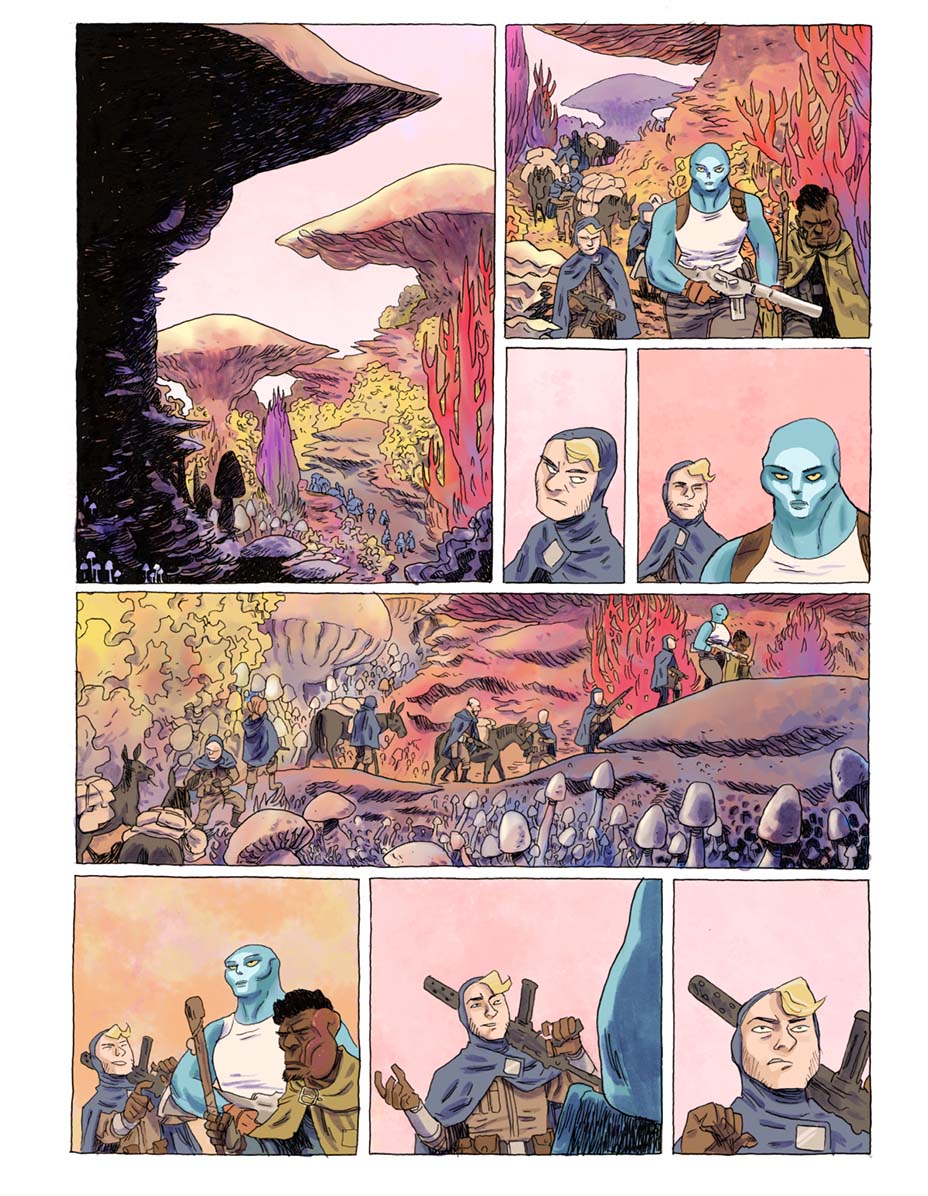