Those who attend a performance of Oh, Hello — the new Broadway play starring John Mulaney and Nick Kroll as elderly Upper West Siders — might be surprised to see John Slattery and Jon Hamm listed as the comedians’ understudies.

“It’s very smart — they clearly chose us for a reason! Those boys aren’t getting any younger, so you never know if there’s gonna be a fall backstage,” Hamm joked to The Hollywood Reporter at the opening-night performance at the Lyceum Theatre on Monday. “John and Nick are good friends of both John and I, so it’s a fun meta moment we were able to put into the show with them.”

“You need a less talented version of yourself up there,” explained Kroll of choosing their understudies. Mulaney added, “It’s not a knock on them, it’s just that they’re TV guys and we’re serious theater actors.”

Hamm and Slattery were each responsible for compiling their own biographies for the show’s program, but amusingly, what’s printed flatters Kroll’s understudy, Slattery, much more than Mulaney’s backup, Hamm. For example, the Mad Men Emmy winner’s credits are boiled down to school plays and make no mention of the AMC series or his film roles, while his onscreen counterpart Slattery is commended for his work on the screen and stage — including his current role in another Broadway play, The Front Page, with Nathan Lane and John Goodman, “which keeps him limber to be a swing on our show,” said Mulaney. “John Slattery gets more [room in the program] because has so many more stage credits, whereas Jon Hamm hasn’t done a play in forever because he got caught up in that TV thing.” 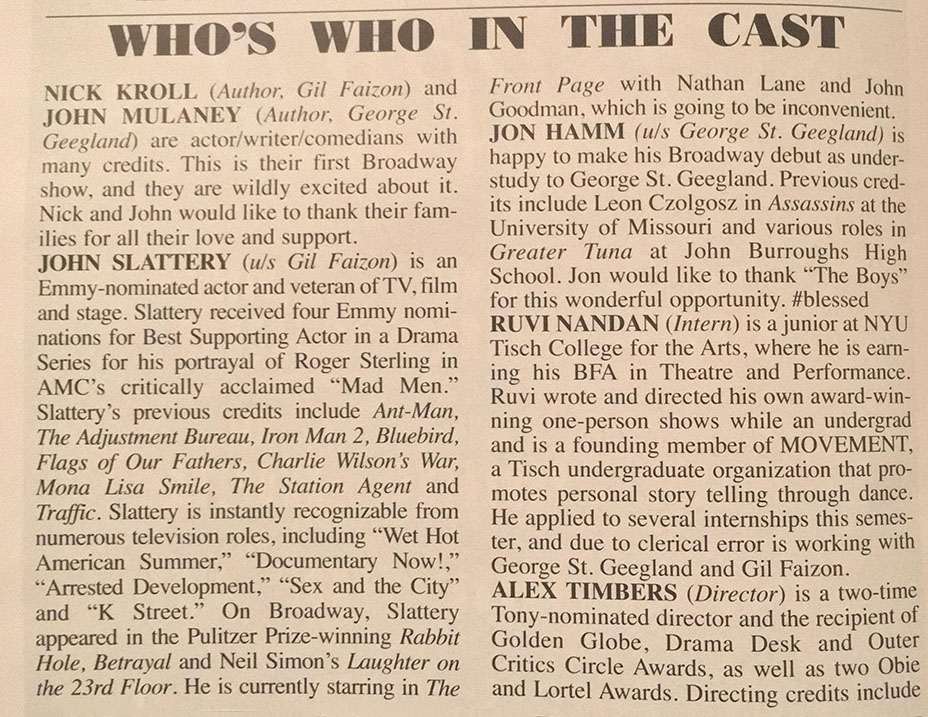 Kroll, as Gil Faizon, announced Hamm’s presence when he walked down into the audience during the performance, in which Alan Alda was a featured guest. “The understudy showed up to the show,” Kroll told Hamm. “What, nothing better to do, bro?”

So would Hamm, who is in New York City to promote the Fox film Keeping Up With the Joneses, ever actually step into the Alex Timbers-directed comedy as Mulaney’s George St. Geegland? “We’ll see — fingers crossed.”

He likely won’t need to, though. “There would be nothing better than if George of Gil were physically sick onstage,” said Kroll. Mulaney echoed, “I’ve been deeply ill and done the show, and it’s been better.” 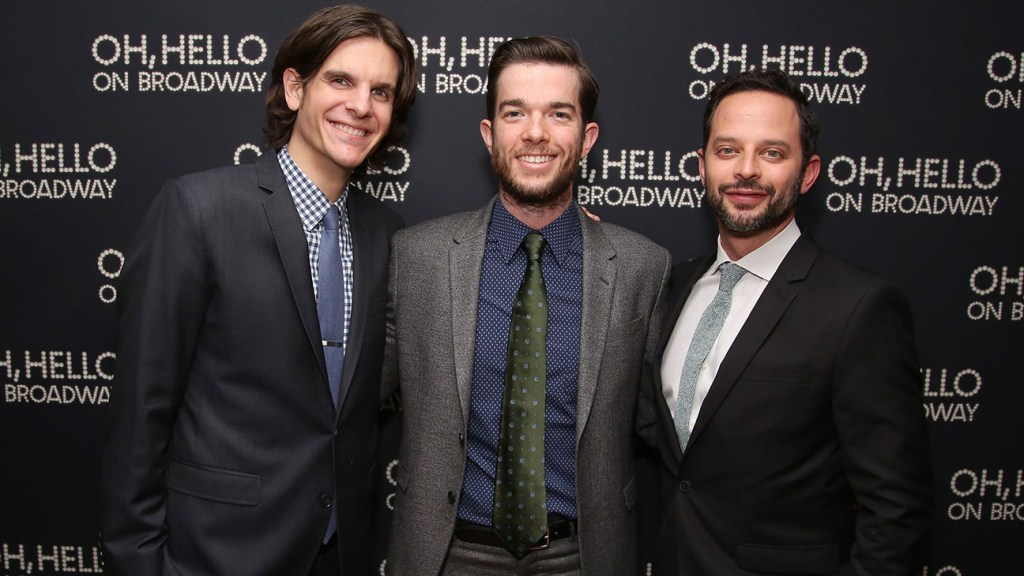