[This story contains spoilers for DC’s Heroes in Crisis No. 2.]

The second issue of DC Entertainment’s Heroes in Crisis comic book series is set for release Wednesday, widening the scope of the story it tells beyond simply (mass) murder mystery by adding a new element to the story: a WikiLeaks-style data dump of all of the superheroes’ greatest secrets.

The issue, written by Mister Miracle and Batman’s Tom King, with art by Clay Mann and Travis Moore, continues to explore the aftermath of the massacre at Sanctuary, the hidden trauma center for superheroes, that was uncovered in the first installment of the series. As Superman, Batman and Wonder Woman investigate the killings, the conversation turns to part of Sanctuary’s purpose: the chance for heroes to confess their weaknesses to camera.

“Sanctuary is anonymous,” Batman explains. “This allows heroes to talk about their pain and shame. All information gathered by Sanctuary is immediately deleted. Who comes, what they say, when they leave. Everything is erased. Nothing is reported.”

After Superman confronts Batman with the possibility of surveillance in the system, Batman responds with, “It needed to be anonymous, so it stayed anonymous. I know because I was there. Often.” (Indeed, one of Batman’s confessional visits is shared in flashback in the issue, along with visits from Wonder Woman and Superman.)

However, the climax of the issue proves that Batman was either mistaken or lying, when Lois Lane is informed by a Daily Planet intern that someone has sent a file including the testimony of one of the murdered superheroes, with the message, “Our heroes hide themselves from us. From Sanctuary. Here is the truth. More truths will be coming.”

The nine-part Heroes in Crisis launched in September, initially presented as both a murder mystery and an investigation into the impact of trauma on superheroes and those around them. At San Diego Comic-Con, King said about the series, “I want to speak about, and to, this New War generation, the millions of people who have fought bravely overseas and have come home to try to return to their normal lives. I want to talk about their hopes, their pains, their triumphs; I want to use DC’s heroes to tell their stories.”

Part of their stories, it seems, may be to do with doxxing — and how difficult it is to keep secrets in the internet age. 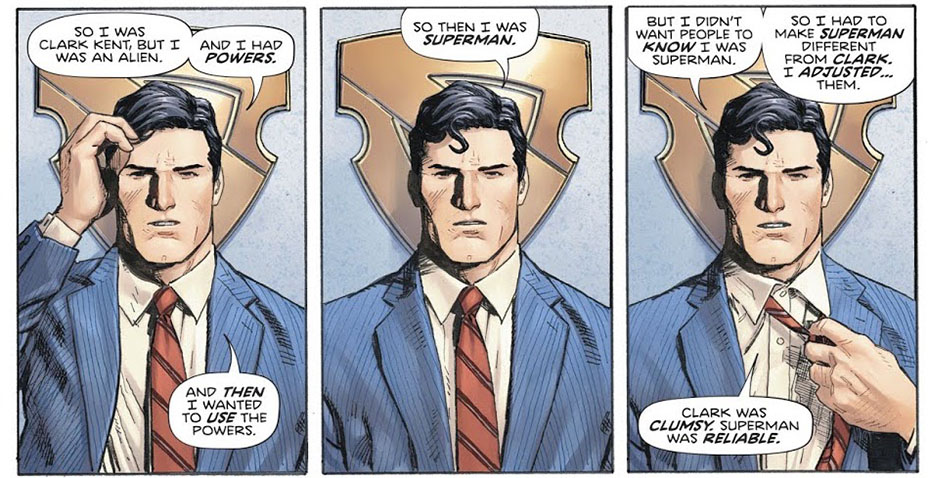 Heroes in Crisis No. 2 is available digitally and in comic book stores now.