The Hollywood Reporter building at the corner of Sunset Blvd. and Las Palmas Ave. in Hollywood will live to see another day after the building’s new owner agreed to incorporate the structure into a mixed-use development project that is in the final stages of the approval process.

In a hearing notice filed to the city on Wednesday, the Harridge Development Group officially committed to absorbing the former headquarters of THR, which housed the magazine for more than six decades until the 1990s and was later occupied by LA Weekly for a period. The developer has also shared the first rendering of how the Regency Moderne-style building will fit in to the overall aesthetics of the project — known as the Crossroads of the World complex.

“The aim is to bring the building back to its former vibrancy — to what it was before and to what it can be again,” said Harridge Development Group spokesperson Kyndra Casper. “We didn’t want to blend it into the development. We wanted to make it the focal point of the project as much as possible.”

For months, the fate of the property had hung in the balance as it stood squarely in the way of one of Los Angeles’ largest proposed development projects. Harridge aims to build a total of nine buildings at the Crossroads of the World complex, eight of which are mixed-use, including one hotel and a stand-alone, one-story commercial building with street-level retail. A total of 950 residential units will be built along with 308 hotel rooms and approximately 190,000 square feet of commercial and retail space.

At the urging of the Art Deco Society of Los Angeles and the Los Angeles Cultural Heritage Commission, the L.A. City Council voted unanimously in late 2017 to declare the structure a Historic-Cultural Monument. That bought the building some time, but up until this week it was unclear what the developers’ plans were, whether they planned to save the building or demolish it.

“It is definitely a unique piece and for us it was about highlighting, incorporating and giving it space to shine on its own,” said Mike Dziubek, an architect at Skidmore, Owings & Merrill, which is the lead firm on the project. The developer has yet to determine what function the THR building will serve. Dziubek said his client had ruled out converting the space into residences and his firm has floated a number of ideas that include turning it into a restaurant or retail zone. “There’s a beautiful double-height space inside, so it could be a large retail space,” he said.

The property was designed in the 1930s by architect Douglas Honnold. It was converted from a high-end menswear shop to a newsroom by THR founder Billy Wilkerson in that same decade. Now vacant, the building still bears elegant curved edges and unique details on its Sunset Blvd. facade.

As for the billion-dollar Crossroads of the World project, the city is set to publish the final environmental impact report later this month and the first of several public hearings will be held on May 15. The Harridge Development Group is hoping to break ground in fall 2019. 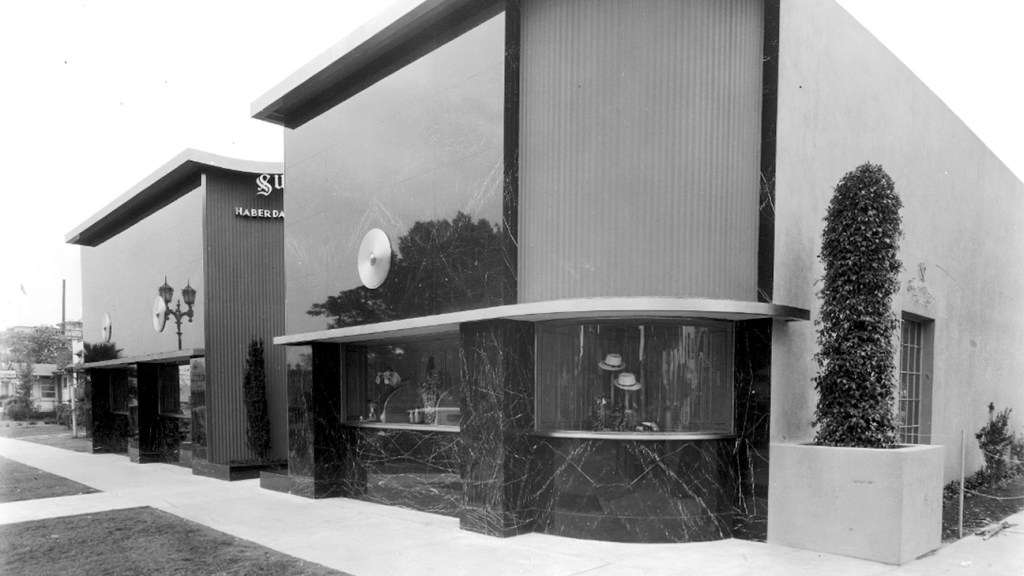