As the Woolsey Fire raged over the weekend, destroying homes, wildlife and roads, it also tore open a more existential wound, consuming several pieces of Hollywood history and turning a geography of cinematic lore to cinder and ash.

“This is an incredible loss that we haven’t even begun to put our head around yet,” said Cari Beauchamp, a Hollywood historian and resident scholar of Mary Pickford Foundation, which promotes film archival and restoration projects.

The trees, flora and fauna of places like the Paramount Ranch in Agoura Hills, or the vast mountainscape of the M*A*S*H TV set, nestled deep within the Malibu Creek State Park, were as much a part of Hollywood history as the most iconic scenes shot in a studio lot, if not more so.

Both were badly damaged in the fire.

“Those incredible oak trees were hundreds of years old,” says Beauchamp, who has spent years chronicling the ways, both subtle and dramatic, in which the landscape and architecture of Southern California have wound their way into our entertainment. “Any film made between 1927 and 1953 in which there’s a Wells Fargo buggy going by, well, those trees are going to be in the background. You could see how they’d be so attractive. And the chaparral! That loss pains me as much as any set destruction.”

The fate of the Monte Nido home used by Bradley Cooper’s rock star character in A Star Is Born remained unclear as of Monday morning. Nestled in a grove of oak trees on the southwestern edge of Calabasas, directly in the line of Woolsey’s destructive march to the Pacific Ocean, the house sold for $2.4 million in February 2017.

Flames also consumed the Peter Strauss ranch, a distinctive home in the Santa Monica Mountains National Recreation Area with an elegant white-columned porch and delicately crafted, stone-encrusted walls. Music lovers flocked to the ranch in the 1950s for concerts by Johnny Cash and Willie Nelson. More recently, the park had used it as a venue for summer concerts, weddings and birthday parties. By Monday, it was a shell of burned cinder. 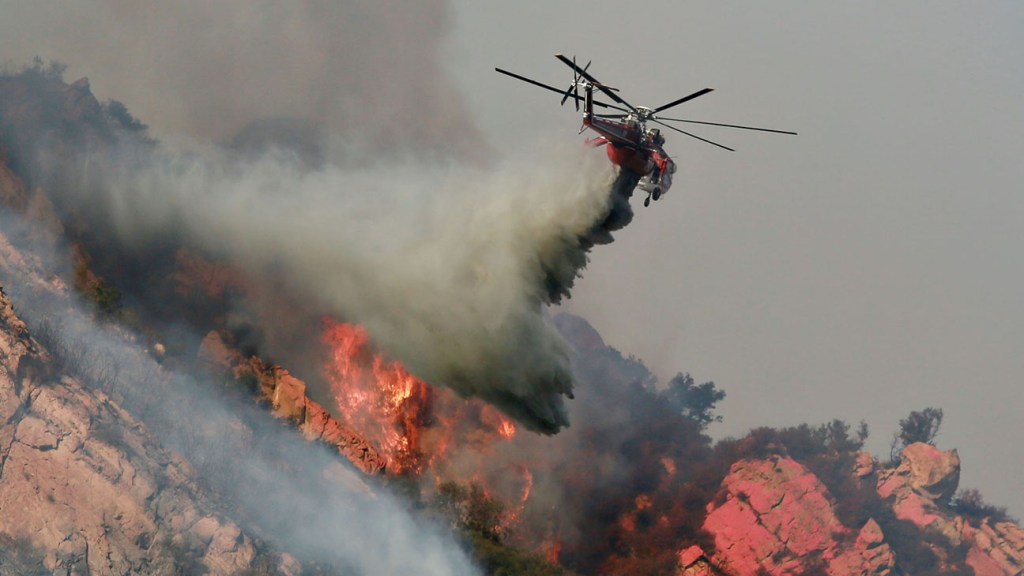 The 3,000-acre Paramount Ranch has been singled out because of its use in recent TV productions like HBO’s Westworld. But the ranch’s broadly sloping hills and dusky charm also helped cement another, less celebrated, but decades-old tradition that bound current and former generations to iconic Hollywood history.

For the past three decades, Randy Haberkamp, the managing director of preservation and foundation programs at the Academy of Motion Picture Arts and Sciences, has used the Paramount Ranch as a venue for summer screenings of silent films — many of which were filmed there, or whose aesthetics were mirrored in the landscape. The program, which he founded, was called “Silents Under the Stars,” and until last week it had run uninterrupted for 31 years. Families, often with small children and pets, were regular guests, and Haberkamp said the screenings were a uniquely special way to introduce younger generations to the magic of moviemaking.

“It was great to be able to screen films where they were shot and also be under the stars so that you’re aware of the historical nature of where you’re sitting,” says Haberkamp, who founded the Silent Society of Hollywood Heritage three decades ago. “It was a place where people could bring dogs and horses and enjoy old films and see those same things — the branches, the horses, the dogs — in the film as well.”

Haberkamp showed films by Buster Keaton and Charlie Chaplin, as well as Hotel Imperial, starring Pola Negri, and the 1926 classic The Scarlet Letter with Lilian Gish.

The advent of sound kept the Paramount Ranch busy as a location for a wide array of production demands. “It wasn’t just for Westerns,” says Beauchamp. It became China for the 1938 movie Adventures of Marco Polo, and Massachusetts for the 1937 Maid of Salem, starring Claudette Colbert and Fred MacMurray.

“They did everything there,” says Beauchamp.

“It’s a real travesty that so many homes and so many environments are being lost,” says Haberkamp, who credits the geography of the land the Woolsey Fire has destroyed with helping establish Los Angeles as a home for Hollywood.

“This land was essential to why the film industry was able to move here in the first place because you could create so many things with so many different environments,” he says, “It’s an environment that could be made to look like any place, even though a discerning viewer might see the same mountain in the back in lots of different movies.”

Beauchamp echoes the sentiment. “One of the big draws of filming in Southern California was that everything was here,” she says, “It’s like the saying, ‘There’s nothing in Kentucky that looks like Kentucky, we’re going to come back to California.'”

At least one ranch that had belonged to Ronald Reagan was also damaged in the fire, according to a spokesperson for the Reagan Ranch at Young America’s Foundation. That ranch has since passed into different ownership, and none of Reagan’s archived or official papers were in the home that was affected. “He’d always sell one before he bought the next one,” said a spokesperson.

With Woolsey still only 20 percent contained, the fire remains an active threat, and communities from Topanga to Pacific Palisades are braced for the worst in the event that the Santa Ana winds gain force.

But for the lands and historic structures already lost to the fire — and for the people invested in their legacy — Woolsey has wrought a substantial and lasting toll.

“I’m not worried about the area in terms of tourism; people will keep coming back,” says Beauchamp, “But the trees, flora and the fauna is lost and that’s just irreplaceable.”

“Since the shelter has burned down, if we’re able to come back, it will indeed be silence under the stars,” lamented Haberkamp of the program whose future is now in question. “One of the truly great things of being out there is you can see the stars like nowhere else in Los Angeles.” 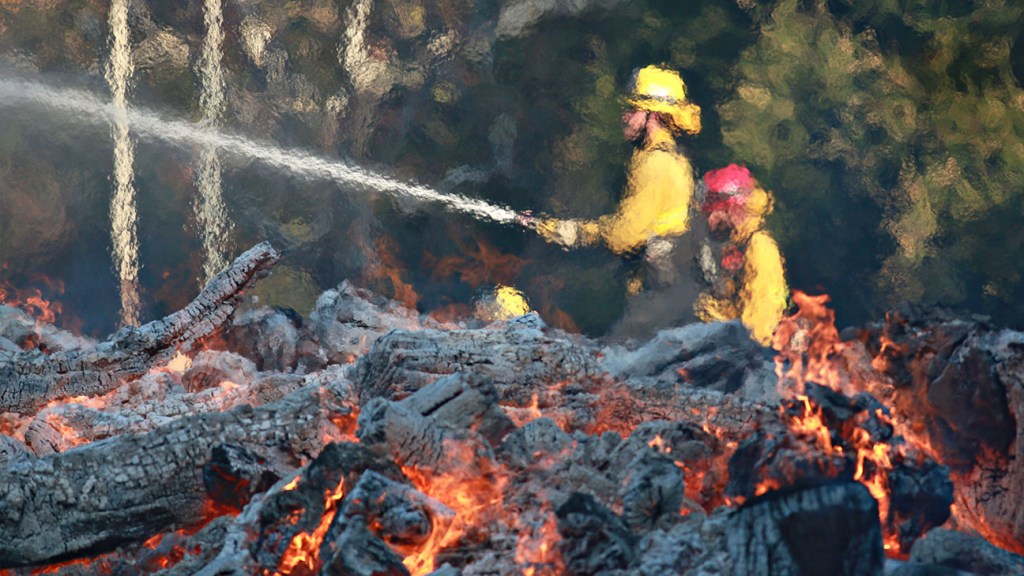