On Jan. 5, Parasite writer-director-producer Bong Joon Ho gave his acceptance speech for foreign-language film at the Golden Globes and entreated the audience, via his translator Sharon Choi: “Once you overcome the 1-inch-tall barrier of subtitles, you will be introduced to so many more amazing films.” A month later, the South Korean movie obliterated conventional wisdom with four historic Oscar wins, becoming the first non-English-language film to claim best picture.

International filmmakers and distributors are now eying Bong’s triumphs with hope and hunger: hope that Parasite‘s success will open the door to global cinema, giving other non-English-language movies shots at the world’s No. 1 film award; hunger for the sort of global box office returns that, with few exceptions, have been beyond the reach of films made outside Hollywood.

“It’s been a real barrier,” says Korean media mogul Miky Lee, whose CJ Entertainment backed Bong’s film and who recently invested in David Ellison’s Skydance. “Now Parasite really makes it easier. Netflix has trained everybody to watch subtitles in their living room, and now Parasite in the movie theater.”

At the European Film Market — which kicks off Feb. 19 in Berlin and specializes in challenging, foreign-language fare — the movie’s success will be tested. “You can be sure Parasite will be used for every new Asian title now,” says Dirk Schweitzer, an acquisitions exec at European distributor Splendid Films. “It’ll be, ‘This is Parasite meets …’ as people try to jump on the bandwagon.”

“Getting audiences to watch subtitles 10 years ago was a massive challenge … now it’s becoming more and more common,” adds Alex Walton, head of international film sales at Endeavor Content, noting that Parasite “has opened more doors for exhibitors, helping them believe they actually can find an audience with these films.”

In South Korea, Parasite‘s Oscar wins sparked a national celebration. South Korean President Moon Jae-in joined the chorus, tweeting that Bong’s social satire “moved the minds of the world with a story that is truly Korean.” Oh Seok-geun, chairman of the government-run Korea Film Council, says the night proved that “the U.S. market is no longer a challenging or distant market for Korean movies.” Parasite‘s success, he said, opens the possibility for any filmmaker, anywhere, that “if you make a great movie, many around the world will watch it.”

Lewis Kim, a producer on Bong’s earlier films including The Host and Okja, says he hopes the wins will inspire Korean directors and writers “to have a bigger dream.” 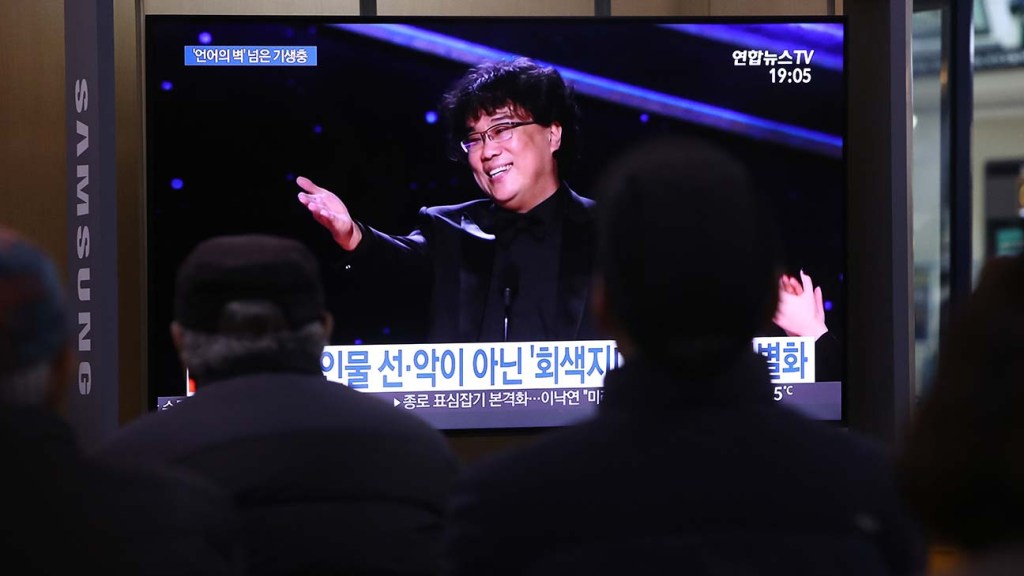 Audiences have certainly embraced Parasite as it unspooled globally since debuting in Korea on May 30. Made for about $11 million by Korean studios Barunson E&A and CJ Entertainment, it has grossed some $170 million worldwide, a figure certain to surge in the wake of Bong’s Oscar haul. Its domestic performance of $35 million and counting for Tom Quinn’s indie Neon (founded in 2017), which picked up the film in October 2018, makes it the most successful Korean film of all time in the U.S. (Its domestic theater count will be upped to as many as 2,000 locations for the Feb. 14-16 weekend.) “The Neon team worked their asses off to get here, all in the service of this amazing movie,” Quinn told THR on Oscar night.

Parasite has smashed records for a Korean movie in territories as varied as France ($11.9 million), Mexico ($3.9 million) and Russia ($1.5 million). In the U.K., Curzon opened the film wide on Feb. 7, timing the bow to take advantage of the Oscar bump. It worked. Parasite grossed more than $1.3 million in its first two days in the territory, a record for a non-English-language movie. “It’s a game-changer,” says Charles Cohen, whose Cohen Media Group owns Curzon and the Landmark chain in the U.S. “I think it’s a great vote of confidence for world cinema.”

In Germany, Parasite hasn’t left theaters since its October bow there, earning $3.8 million to date. “We knew it had potential, but no one expected this,” says Moritz Peters of indie distributor Koch Films, which prebought the movie two years ago based on Bong’s script alone. Koch is expanding the film’s release to capitalize on the Oscars, more than doubling the screen count (to 250-plus).

Parasite isn’t the first Asian film to strike global box office gold, but it’s been nearly 20 years since Ang Lee’s Crouching Tiger, Hidden Dragon conquered the world, winning four Oscars in 2001 (though not best picture) and earning $213 million. Zhang Yimou’s Hero, which was snubbed by the Academy but grossed $177 million worldwide, followed in 2002.

Unlike those, or Zhang’s 2004 follow-up House of Flying Daggers (one Oscar nom, $92 million global take), Parasite is not a wuxia action film, all high-wire sword-fighting and escapist period drama. Bong’s satire is set very much in the real world, and its themes of social exclusion and the gap between rich and poor could have been torn from today’s headlines.

If Parasite can convince audiences to jump the subtitles barrier, it will be due, in no small part, to Netflix, the studio some viewed as a loser on Oscar night with just two wins from 24 nominations. The streaming giant, which backed Bong’s previous action-adventure drama Okja, was the first U.S. major to fully embrace international content.

Even before Parasite’s wins, dealmakers at Sundance were feeling the film’s impact on acquisitions. “With the success of Parasite, I am hopeful distributors — both traditional and streamers — will be willing to take a chance on international films,” says ICM’s Jessica Lacy. “Steamers are increasingly looking at things on a global basis.”

As other studios begin to roll out their own global streaming platforms, Gellinger expects them to follow Netflix’s lead and add more subtitled content. “The Oscar wins for Parasite will be taken as a very welcome signal that the public will accept non-English programming,” he says.

Miyuki Takamatsu of Japanese film sales group Freestone Productions calls Parasite‘s win a “revolutionary moment for film people in Asia.” But she’s not yet convinced its success can be easily replicated: “We film people have always known we are borderless and that a good film is a good film,” she says. “But to see this recognized at the Academy Awards, in front of the entire world, it’s a very powerful moment.” 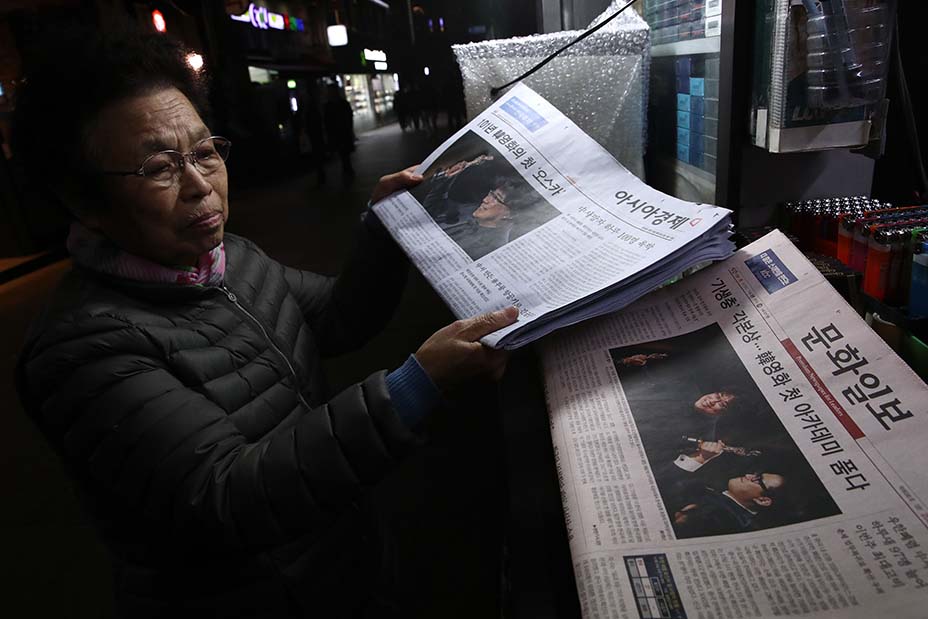