On Sept. 20, Jimmy Kimmel will have the unenviable task of having to turn a virtual awards show into must-see TV. As host of the 72nd Emmy Awards, he’ll rely on his own experience in live entertainment and the promise of strong Wi-Fi as camera feeds are beamed into nominees’ homes all around the world. “What could go wrong?” he jokes by phone from his Los Angeles home.

With the airdate fast approaching, Kimmel, who’ll emcee the event audience-free from Staples Center in Los Angeles, opened up about the stakes, the contingencies and the lessons from his late night hiatus.

You were asked to host the Emmys in the middle of a pandemic. Why in the world did you say yes?

I was actually asked to host them well before the pandemic. So I said, “Yes, I would like to do that. That would be a fun thing to do.” And then I learned that I was mistaken. (Laughs.)

How much are you regretting that yes right about now?

No, I don’t really have regrets about it — at the very least it will be interesting. Maybe it’s one of those things we’ll look back on in the inevitable CNN two-hour-long documentary about the year 2020.

Do you have bits in place in case things don’t work as planned?

Nothing, really. I mean, honestly, nothing. If something happens technically, I will be touching upon all the skills I’ve acquired over the course of my life. I know one magic trick. I can kind of juggle. I guess I could draw caricatures of the crew. (Laughs.) We are heavily relying on Wi-Fi for this Emmys — more than any show ever has before.

Does that thrill you? Terrify you?

I have a weird masochistic streak where I enjoy putting myself in difficult situations. So if the worst happens and it all breaks down, there will definitely be a part of me that is amused by it. I sometimes step outside my body and laugh at myself. So whatever happens, it’ll be OK. I mean, it’s just a television show. It’s not like I’m flying a jet.

One of the best moments of any awards show is the standing ovation for a long-overdue winner. How do you simulate “warmth in the room” if somebody like, say, Catherine O’Hara or Eugene Levy win their first Emmys in nearly 30 years?

Right. Well, there’s only one way available to us, and that is, since we’ll be seeing them in their homes, we will get to see the real warmth from the real people who really love them rather than the people who don’t want to be caught on television not standing for Bob Newhart.

How much have you been tasked with getting nominees and Hollywood folks involved?

I have done a lot of it, and for whatever reason people trust me. The big concern is safety, obviously. And the second is, how is this going to be funny?

So what do you tell them?

I say, “Don’t worry, it’s going to be safer than your visit to the grocery store, that’s for sure. And we’ll write you a bunch of ideas, and let us know if you think they’re funny — and if they’re not, we’ll keep writing.” People seem happy so far. And we’ve got some people who are going to be a part of the show who don’t typically do this, and that’s exciting for me. I don’t want to blow anything, but I think that’s going to be fun for people to see. The big public spectacle that is usually the Emmys scares some people away, and we’re going to take advantage of that — of those who aren’t scared away.

Have you enjoyed rethinking what the show could look like?

I wouldn’t say I’ve enjoyed it. (Laughs.) I don’t enjoy anything that involves a Zoom meeting. Really, the biggest challenge was that for months we didn’t know where we were going to do the show. And now it seems obvious that we wouldn’t have an audience, but it wasn’t obvious three months ago. We didn’t know, and not knowing where you’re going to be makes it hard to plan for anything. Not being able to pre-tape limits you as well. But I think what we found from watching the late night shows during this time is that you do find things that are better when you’re handcuffed. 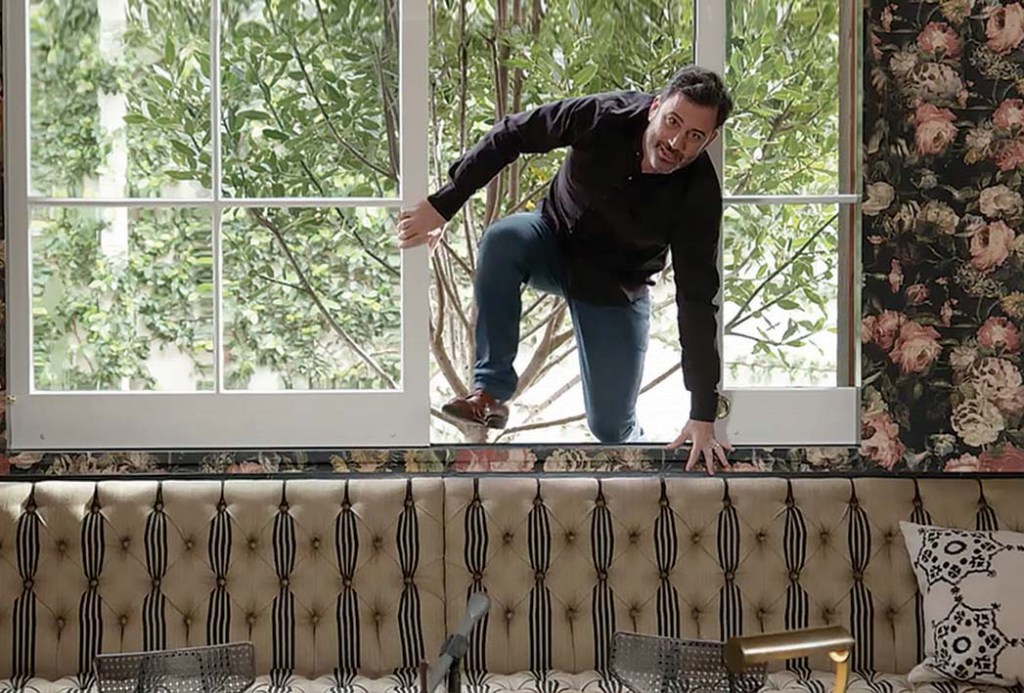 Well, I think the shows, all of them, are more personal — they feel less like a joke factory. And I think that’s been nice. I know I will try to take whatever lessons I’ve learned from doing these shows at home and apply them to the show in-studio. I suspect that my colleagues will do the same. It forced us to try some new stuff, and it’s not easy to try new stuff in late night. I mean, the template is the template, and when you break it, you tend to fail.

It only took a global pandemic …

… To force some freshness in late night. (Laughs.)

Speaking of the timing, you’re hosting this awards show against a pretty bleak backdrop. How much do you plan to wade into the world we’re living in versus offering viewers an escape for the night?

My job, primarily, is to tell jokes. And then, as producer, it’s to give people with real firsthand experience that applies when it comes to Black Lives Matter or equal rights or even just get out the vote [the opportunity to make] those things a part of the show. If people want to include that in their speeches, I’m certainly not going to tell them not to.

What do you do if someone is rambling in an acceptance speech? Historically, you’ve been able to play them off with music. Do you just cut off their Zoom?

I guess we’re going to have a guy outside their house who’s going to just turn off the main circuit breaker.

Complete the sentence: It’ll be a success if …

… It isn’t boring. That’s the thing that worries me most. And not having audience reaction can cast a bit of a pall over everything. I don’t want it to feel like a business meeting. I want it to be fun and funny. Also, you hear about high school kids who didn’t get to graduate in the normal way — this is the Hollywood version of that. People like Catherine O’Hara or Eugene Levy, you want them to have their moment in the sun and to make it as celebratory as possible.

And it’ll be a disaster if …

… They give the wrong Emmy to the wrong show. … [Kimmel famously hosted the Oscars the year they announced the wrong best picture winner.] No, it would be a disaster if we can’t get the nominees and winners on the air. That will be a disaster, but it could also be a beautiful disaster.

Yes. I specialize in them.

You just took the summer off from Jimmy Kimmel Live! Is it safe to assume this has been the longest stretch you’ve gone without work in decades?

The last time I had this much time off was when I was fired from my radio job in Seattle and had to move back in with my parents. That one wasn’t as much fun as this one.

Any part of you miss getting to rip into Trump every night?

I do kind of, yes. I won’t miss him when he’s gone, but sometimes you see things that are very ripe, and you feel like a baseball player with a broken leg watching somebody throw a 70-mile fastball right down the middle.

On a more serious note, what have you learned about yourself during this time away?

I learned that I’m pretty good at doing nothing. I learned that I can drive an RV to Idaho. And the other thing, and I know everybody says this, but it has been nice to be able not just to put my kids to bed every night but to read to them each night — my son makes me lie next to his bed on the floor, and I fall asleep there almost every single night. Spending time with the kids, real quality time, has been the silver lining for sure.

How does that make you rethink your plans?

In a way, retiring was always a scary thing. I think a lot of people don’t know what they’ll feel like when their show goes off the air, and it’s given me a little sense of what it will feel like — and, you know, it feels fine. 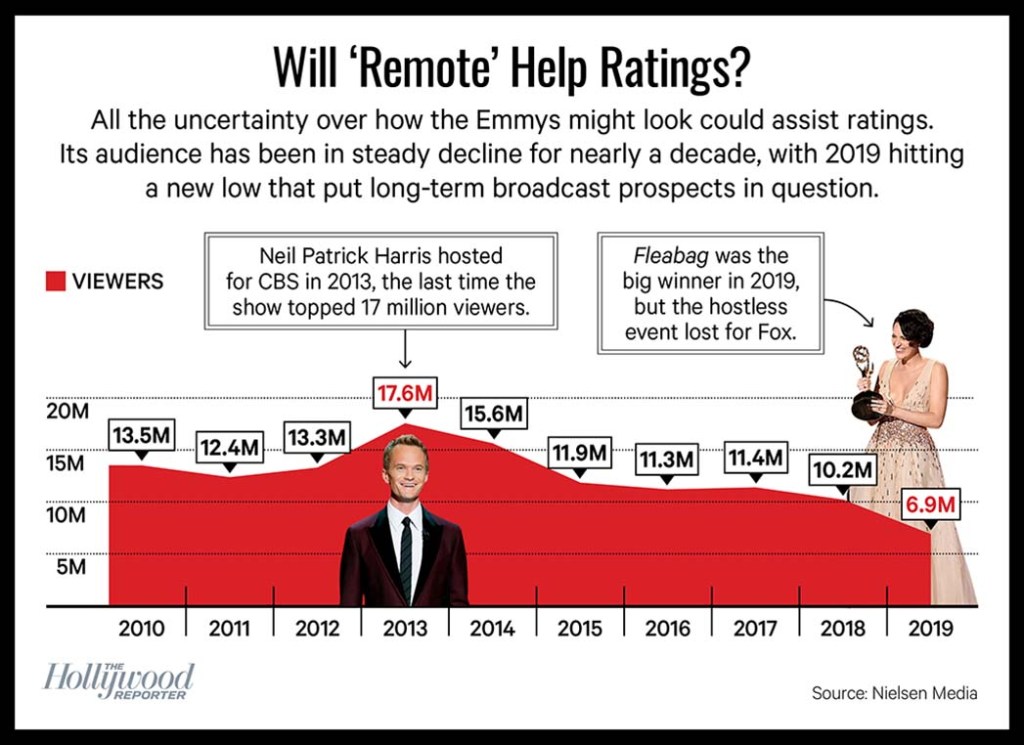