With diverse films Sorry to Bother You and Crazy Rich Asians resonating with audiences this summer, Hollywood’s higher-than-expected box-office returns proved that not only does representation matter, it can be good business. Today’s stars are asserting their identities through their red carpet choices, from Tiffany Haddish at the Emmys wearing a Prabal Gurung multicolored striped gown designed to resemble the Eritrean flag (in honor of her late father’s heritage) to Issa Rae at the CFDA Awards in a Pyer Moss royal blue jumpsuit with a belt reading “Every N*gga Is a Star.”

“I saw it as an opportunity to be educational,” says the London-based Chan of her fashion choices for the tour, which she documented on Instagram. “I wanted to reflect the values of the film, and put the spotlight on Asian creativity, because there is a wealth of it,” from Gurung’s “exquisite” gowns, to Jimmy Choo’s “elegant yet comfortable” heels. Adds Jimmy Choo creative director Sandra Choi, who was born on the Isle of Wight to Chinese parents and educated in Hong Kong: “What Gemma is doing is great. Up-and-coming designers don’t always get support, because the names are hard to pronounce or it’s easier to go with the bigger brands.” 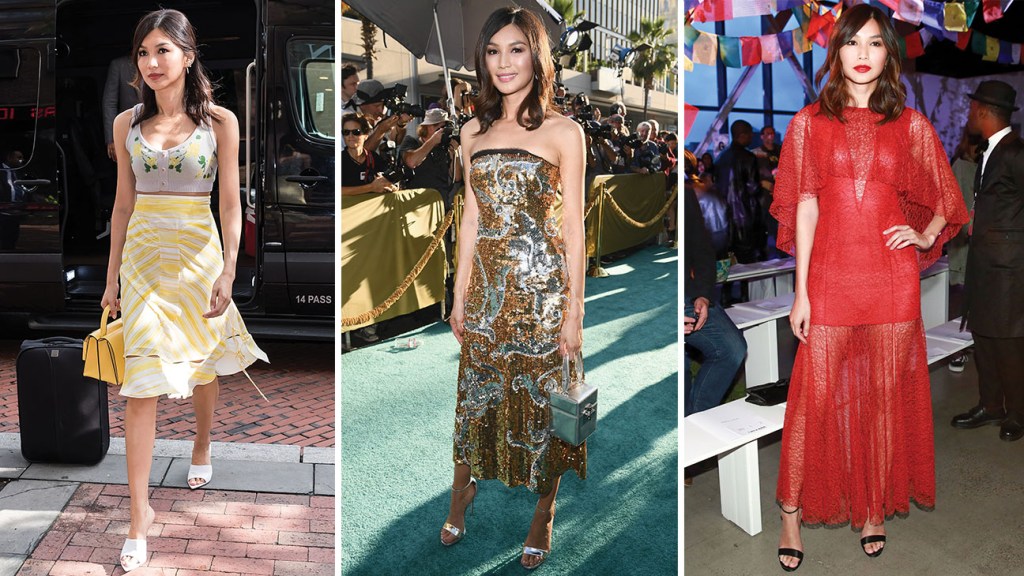 This year has been groundbreaking for inclusion in fashion, with a record number of black women on September magazine covers; Nike showcasing activist Colin Kaepernick in its “Just Do It” campaign (and seeing record likes on social media and a climbing stock price); Virgil Abloh becoming the first black designer to head Louis Vuitton menswear; and emerging names such as Kerby Jean-Raymond of Pyer Moss, and Nepali-American Gurung making diversity a cornerstone of their brands. “The shifting conversation let us partner with muses to tell different stories in their voices, using clothes as a shared language,” says Gurung, who hosted Chan and her Crazy Rich Asians co-stars Henry Golding and Awkwafina in the front row of his Sept. 9 New York fashion show, where models representing 35 nationalities walked the runway.

“Inclusivity is the new exclusivity,” says Oliver Chen, luxury and retail analyst with Cowen and Company, who calls out Gucci, Louis Vuitton, Tiffany, Glossier and Rihanna’s Fenty Beauty as brands that do a good job messaging to a younger generation that wants to see itself, and are seeing dividends in return. “It used to be designers saying, ‘This is who we are and what we do, you should do it, too.’ Now it’s about how luxury fits into your personal story.”

Chan sees evolutionary parallels in Hollywood. “Very early on, when I left drama school, I heard the business was going to be a real struggle. A lot of U.K.’s output is historical dramas, and I was told, ‘Realistically, you are not going to get a role.'” Fast forward to this December — even before Chan appears in 2019’s Captain Marvel with Brie Larson — when she stars opposite Margot Robbie and Saoirse Ronan in historical drama Mary Queen of Scots as Bess of Hardwick, who was not Asian. “Things have shifted,” says Chan, who has also launched an initiative to find the next generation of female film critics. “People want the best person who can bring the most to the character. Now we have a seat at the table” — and a foot on the red carpet.