On Oct. 5, a group of 25 female writers and filmmakers converged at a lakeside retreat two hours outside New York, ready to share their work, as well as stories of unenthusiastic agents and subtle exclusion. Although they hailed from diverse backgrounds, the women shared one characteristic that makes them radioactive by Hollywood standards: They all had eclipsed the 40 threshold.

“We’re survivors,” said screenwriter Pamela Gray, sipping a glass of white wine. “If you’re over 40 and still pursuing a career …” she continued, as her thought trailed off. Everyone seemed to know where that sentence was headed, many having hit what is arguably the last remaining glass ceiling in the business.

The conversation — by turns pragmatic and optimistic — took place at the fifth incarnation of The Writers Lab, the only industry workshop devoted exclusively to script development for women writers over 40. 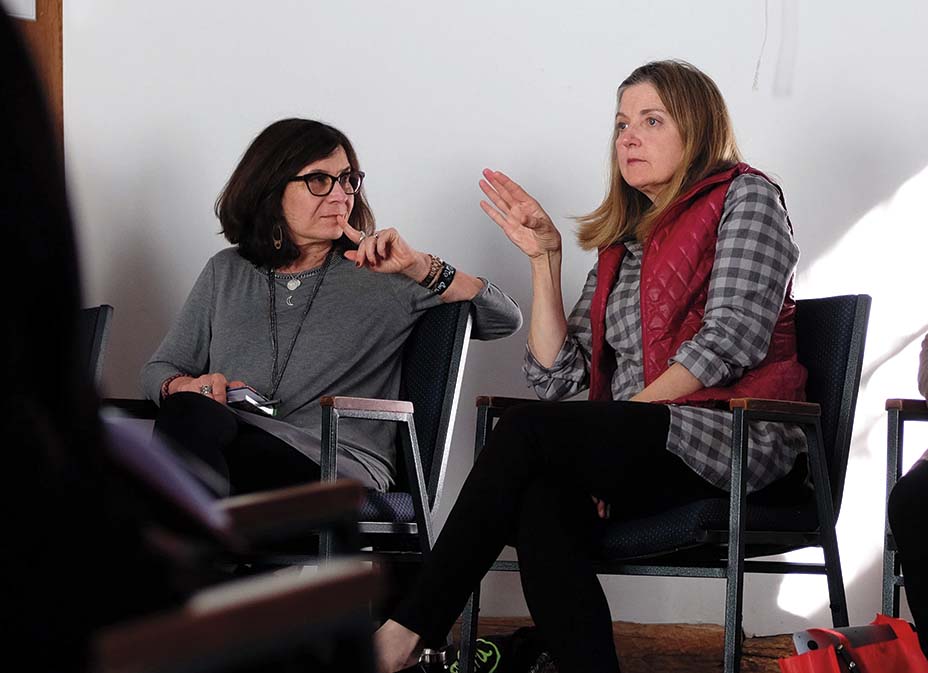 Backed by Meryl Streep, Nicole Kidman, New York Women in Film & Television and WGA East, The Writers Lab aims to help women shatter those barriers. After all, Hollywood relies heavily on female writers over 40 when it comes to source material (think authors like Margaret Atwood, J.K. Rowling, Suzanne Collins, E.L. James or Liane Moriarty). Why not lean on the 40-plus set when it comes to buying spec screenplays or filling writers rooms?

“Mature writers are better writers,” says Nitza Wilon, who co-founded Writers Lab with Elizabeth Kaiden and Kyle Ann Stokes. “I probably read 500 to 1,000 scripts a year, and while there are some really terrific young voices, mature women know their shit. They’re writing really solid, deep, character-driven [stories], and they know what they’re doing.”

Still, the climate remains inhospitable, particularly at major studios, which have become increasingly reliant on tentpoles. Of the top 10 grossing films of 2018, there were 24 credited writers. Not one was a woman, never mind one older than 40. Yet a handful of over-40 women scored hits, including Kelly Marcel (Venom), Rowling (Fantastic Beasts: The Crimes of Grindelwald) and Catherine Johnson (Mama Mia! Here We Go Again). 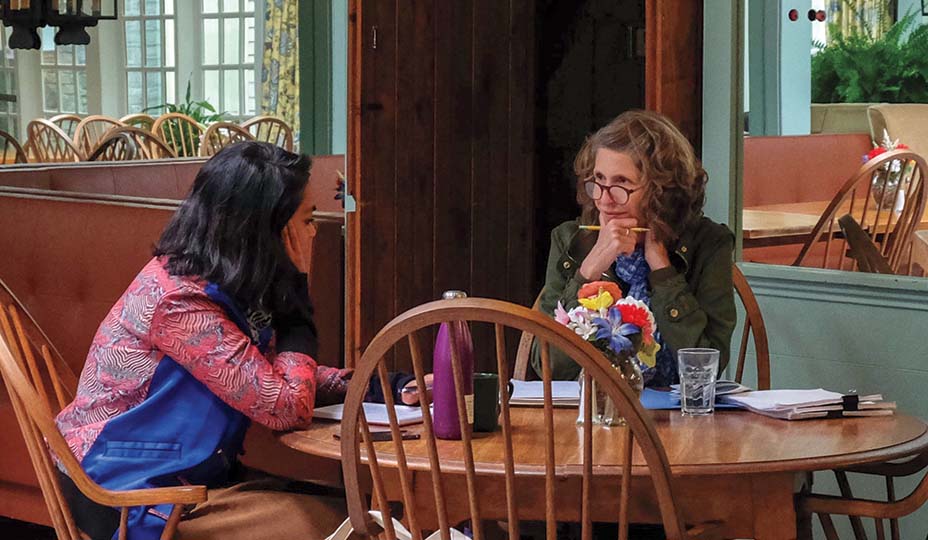 Even the most successful writers, like Oscar nominee Robin Swicord (The Curious Case of Benjamin Button, When They See Us), have found themselves passed over for a younger option with a Y chromosome.

“I can’t say how many times I’ve been up for jobs for books that I should adapt. Just very clearly, ‘I’m the writer for this thing,’ ” says Swicord, the Memoirs of a Geisha screenwriter. “And then I’ll find out they hired somebody who was 28 and male. And I think, ‘What is this person going to know about this book? They have never lived any aspect or experience of it.’ “

As such, representatives sometimes urge their female clients to hide their ages. One of the women at the retreat told a troubling story about putting together her bio. Upon reading a draft, one of her reps told her to take out the reference to The Writers Lab because it would identify her as middle-aged.

“It’s stuff like that. It’s just always there,” says Wilon. “It’s like a thin layer of grime over everything, the obsession with youth.”

In an effort to counter that trend, the lab takes on 12 women and enlists at least six mentors each year for the four-day retreat. This year’s participants represented a broad swath of female screenwriters looking to find traction in the industry. Some sought a career switch, while others took up writing after their children became more independent. All listened attentively to the wisdom of the mentors, a group that included Swicord, Gray (A Walk on the Moon, Conviction) and producer Mary Jane Skalski (The Visitor, The Station Agent). The program is finding success. Recent lab participant Alyson Richards’ thriller The Retreat is headed into production with Rossif Sutherland and Aaron Ashmore (Killjoys) starring. Two of the four women named as 2019 Nicholl Fellowship Finalists are lab alums: Lynn Esta Goldman and winner Karen McDermott.

“You should want the person who’s seen it all,” Swicord says. “And I’ve known talented people who should’ve had very, very long careers who end up not having long careers because an agent dropped them, saying, ‘You know, I just want to build somebody else’s career.’ These things happen.”

While there are multiple programs in place around the industry to address a lack of diversity, like NBC’s “Writers on the Verge” comedy program, there’s little talk about ageism, perhaps the most ingrained form of exclusion in Hollywood.

“Progress is progress, but I don’t think the age discrimination issue is being addressed in the same way that the broader issues are being addressed,” says producer Jamie Zelermyer, who also serves as president of the board of New York Women in Film & Television. “I don’t know what the agencies are doing to help crack this problem.”

One solution being suggested is a blind submission process. Samantha Bee is said to have employed this strategy, which yielded at least one female writer over 40 for her TBS Full Frontal show. The Nicholl Committee reads submissions anonymously, which goes a long way toward eliminating all variations of discrimination as well as nepotism.

Back at the retreat, the dozen participants soaked up practical advice about tightening their narratives or restructuring third acts. All the while, they braced for that rarely acknowledged battle that lies ahead.

Miatta Ronca, an African American sci-fi writer, seated at a large wooden table, turned to fellow participant (and current best-selling author) Meg Waite Clayton with a look of determination. “Because I’m so inspired by everyone here,” she said, “I feel like this is something I can do.”