Continue to The Hollywood Reporter SKIP AD
You will be redirected back to your article in seconds
Skip to main content
August 10, 2017 8:30am

She spent more than two decades as a gossip columnist for New York and, later, MSNBC, but once Jeannette Walls published a best-selling memoir about her harrowing childhood, The Glass Castle (Lionsgate’s film adaptation opens Aug. 11), she started picking up a different kind of intel about her subjects.

“I stuck a microphone in this celebrity’s face and asked her who designed her outfit, and she told me,” she recalls of one night on the red carpet. “Then she — a very famous woman — asked me to turn the microphone off and thanked me for writing the book, saying it really helped her come to terms with her own father’s alcoholism.” Walls, 57, laid down the poison pen soon after.

“I don’t condemn anybody who does it or who follows it,” she says. “I believe the truth will set you free, but the truth couldn’t be condensed into a snarky little paragraph like I was trying to do. … Let celebrities tell their own truths, and if they’re not ready to, then whatever.” Walls still writes, from her home on a farm in Virginia. “I love what I do for a living, and I loved my life back then as well. I hope I didn’t hurt anybody,” she says. “But I probably did.”

The adaptation of Walls’ memoir, which stars Brie Larson as Walls, Woody Harrelson as her father and Naomi Watts as her mother, traces her life from childhood through her teen years, as her parents moved her and her siblings all over the country whenever they ran out of money or got into trouble. 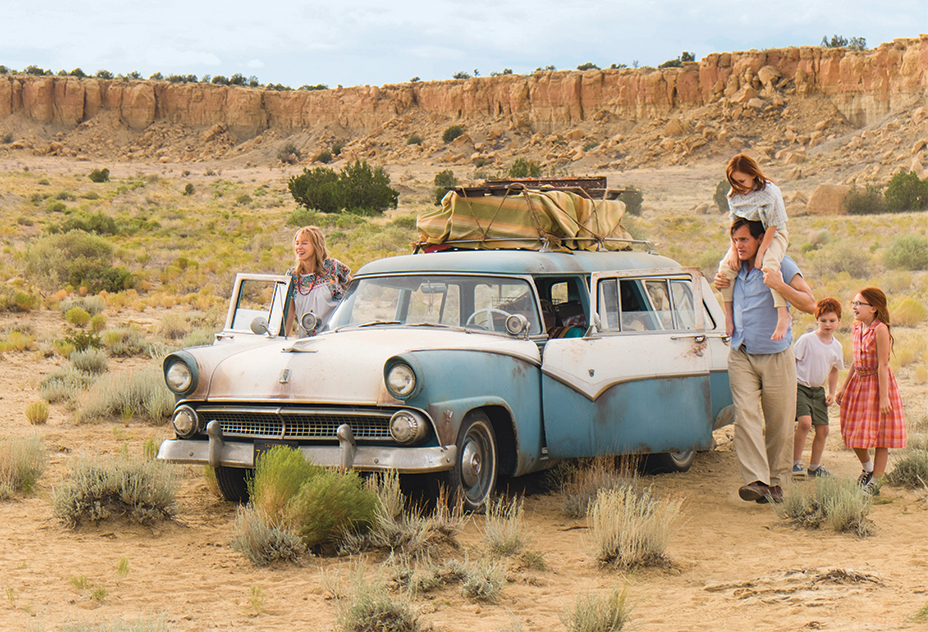 Walls first saw Larson in Destin Daniel Cretton’s earlier film, Short Term 12. “She hadn’t won her Academy Award yet and they weren’t talking to her for The Glass Castle yet. I was watching this film thinking, ‘Who is that woman?’ She perfectly nailed this character of a person who is feeling so much pain and hurt and confusion but is hiding behind this facade. I’ve never connected with an onscreen character like that before.”

Jennifer Lawrence was previously attached to the film, but Walls said she was struck by her strong connection to Larson. “I could not be happier with this cast,” she says. “I think Jennifer Lawrence is a wonderful human being. I actually met with her mom and loved her. Her dad makes the best grilled steak I’ve ever tasted. I never spoke with Jennifer Lawrence. I never saw that as the right casting. It was like lightning when I saw Brie Larson.”