In 2005, the parents of Star Trek divorced, with CBS winning custody of the TV shows while Viacom got the film franchise, courtesy of its Paramount Pictures. It’s all but certain, though, that a reconciliation is in the works and an announcement of their intended reunification, sources tell The Hollywood Reporter, is due Aug. 8, the day each is set to report quarterly earnings.

Some insiders — only on deep background, but with a straight face — say that putting Star Trek back under one roof is, indeed, one important reason to reunite Viacom with CBS, much like Disney has worked hard to keep as many Marvel characters as possible in its singular House of Mouse. For that matter, Mission: Impossible also could use some continuity, as Viacom has the films while CBS ran the original series from 1966 to 1973.

Broadly speaking, the industrywide shift to streaming is driving the need for CBS and Viacom to merge: CBS needs more content to feed All Access and its Showtime direct-to-consumer products in order to chase Netflix, Amazon and Hulu and to keep pace with Disney, WarnerMedia and Apple, each of which has its own Netflix competitor in the works.

Netflix’s 151.6 million worldwide subscribers, after all, dwarf the reach of All Access and Showtime OTT, which have been outperforming expectations but still have only 8 million subs between them, with management expecting 25 million by 2022. Perhaps the Netflix dam is cracking slightly, though: It said July 17 that it added 2.7 million subscribers in the second quarter, well shy of the 5 million it expected.

The last time Viacom and CBS tried to merge was in the fall of 2016, but much has changed since then, with the number of American households that have cut the cable cord at about 16 million and Leslie Moonves — the former CEO of CBS who fought tooth and nail against a merger before being ousted for alleged sexual misconduct — now out of the way. “This is the first time we’re truly excited by the thought of a CBS-Viacom combo,” Wolfe Research analyst Marci Ryvicker told her clients while opining that there’s an 85 percent chance the two will merge. Viacom and CBS declined to comment.

Each company would offset the weaknesses of the other, says S&P Global analyst Naveen Sarma. “Viacom lacks a must-have network, and CBS would resolve that,” he says. Viacom, with its international acumen, also would be leaned on to help CBS and Showtime go global while Paramount’s library would populate CBS All Access. “Assets are complementary, and there is very little overlap,” says Sarma. 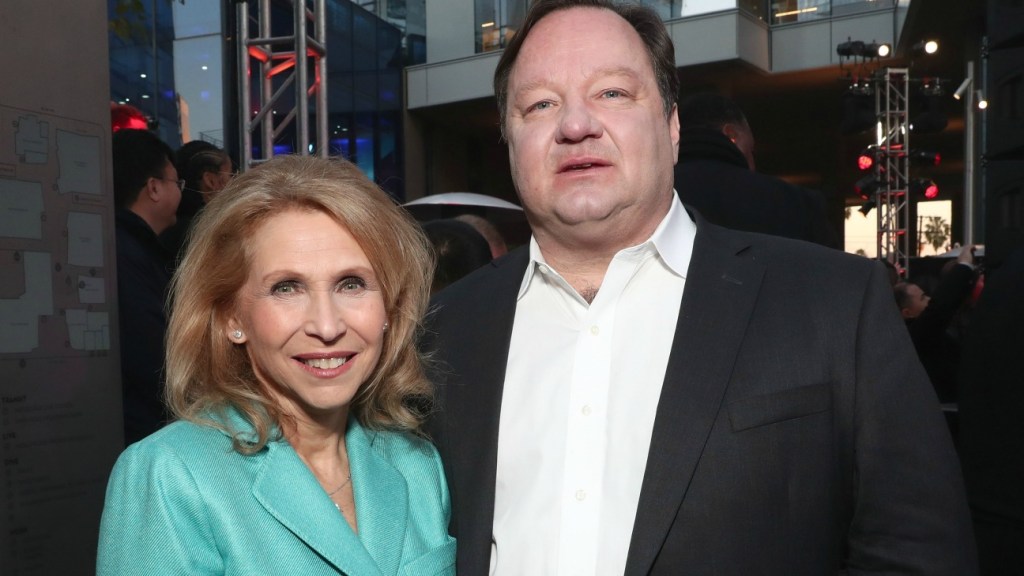 Viacom and CBS are controlled by Shari Redstone and her 96-year-old father, Sumner, by way of National Amusements, which gives them 80 percent of the voting shares of both companies. While Shari, 65, is prohibited from proposing a merger herself (courtesy of a lawsuit settled in 2018 whereby Moonves sought to water down the Redstones’ stake in CBS), it’s merely semantics, as she has plenty of allies on both boards who can champion the idea for her.

CBS, with its superior market cap ($20 billion compared to $13 billion) would be the acquiring company and is thus expected to pay a premium, possibly as much as $15.4 billion, to acquire Viacom. If merged, CBS-Viacom’s value would slightly eclipse that of SiriusXM Radio, though it wouldn’t approach Disney or Comcast, worth $253 billion and $201 billion, respectively, or even Sony ($68 billion).

The price, though, is a sticking point, as is the management structure, since Shari is said to prefer that Viacom CEO Bob Bakish run the potentially reunified company rather than CBS CEO Joe Ianniello, whose contract expires at the end of 2019.

“Bakish is certain to be anointed CEO of the new combined companies because he resurrected Viacom from the digital dead, buying Pluto TV for $340 million, investing in Jeffery Katzenberg’s Quibi and driving the once-stodgy company into e-sports,” investment advisory firm Creatv Media says in a report. “Maybe Ianniello sticks around to help with integration and sell some assets, given he has been good at that stuff,” adds Steve Birenberg, founder of Northlake Capital Management.

If the companies merge, the larger entity would instantly gain heft for acquiring more companies, argues Ryvicker. Already, CBS has offered about $5 billion to buy Starz from Lionsgate, and some say that Univision might make for a snappy asset, as the Spanish-language media company is for sale at a relative bargain price after multiple failed attempts to go public.

If (or when) the two merge, the company name ought to be CBS, says Jimmy Schaeffler of the Carmel Group, who calls it a “tiny but important part of the decision. That would give them more recognition and moxie with the public and Wall Street.” Analysts expect a combined CBS-Viacom to pour ever more money into content, and insiders say that, just like now, when the two merge they won’t hoard their shows and movies for their own streaming services but sell many of them to the highest bidders — and there will be plenty as Disney and WarnerMedia pull their content from Netflix.

CBS produces 88 shows for 14 different streaming, cable and broadcast platforms, but only seven are exclusively for All Access. While the ability to coordinate Star Trek film and streaming releases is a benefit, notes Alan Gould of Loop Capital Markets, CBS especially needs low-cost children’s programming for All Access (Nickelodeon would fill that void) and it also could air music content from Viacom’s MTV and VH1.

But as the hype builds, there are downsides, warns FBN Securities. If the Redstones want to sell Viacom, they should seek a buyer beyond CBS, the firm implores. “The entity’s assets would likely be of material interest to quite a few suitors,” says FBN, adding, “These interested parties would be willing to pay incredibly large sums for what Viacom has.” 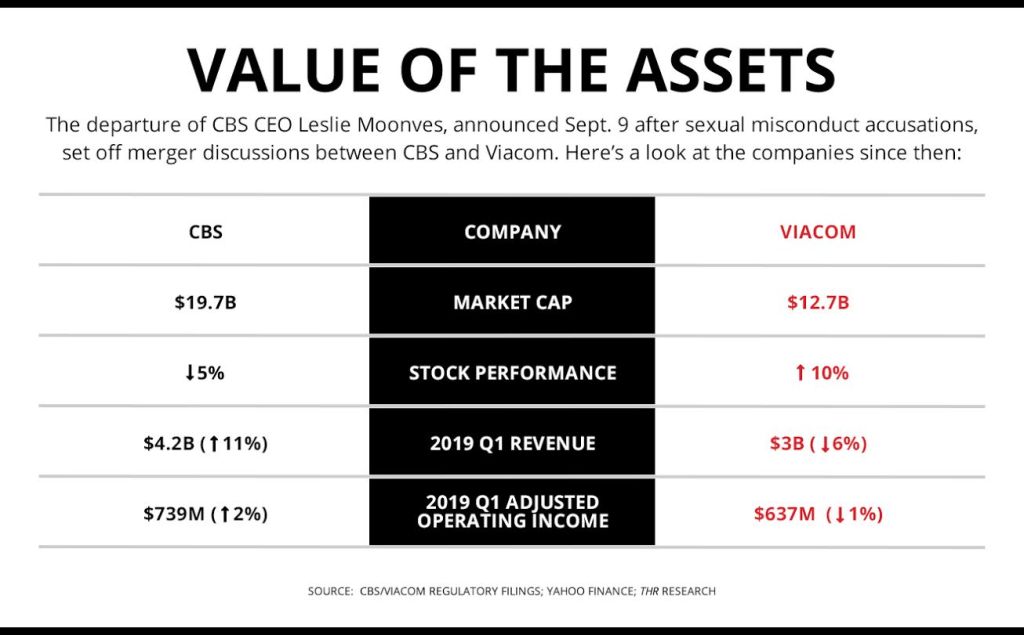