They may not have the buzz of Sundance, the prestige of Telluride or the fashion wackiness of Cannes, but AFI’s film festivals and other events are making the institute an increasingly important player in Hollywood’s awards season.

AFI Docs takes place over five days in June in Washington, D.C. and Silver Spring, Maryland (home of the AFI Silver Theatre), and is arguably the world’s pre-eminent documentary showcase. This year, it opened its 15th season with Netflix’s Icarus, a docu-thriller about sports doping that’s already regarded as an Oscar frontrunner.

In November, there’s AFI Fest, which celebrates films of all genres and nationalities. An outgrowth of the Los Angeles International Film Exposition, or Filmex, it is now entering its 31st year as a standalone event. Its timing has always been problematic; in November, many on the awards circuit are returning home from a marathon of far-flung festivals before the Thanksgiving break, and most of the buzziest films have already premiered, leaving AFI Fest with slim pickings.

Still, every year, at least a few movies debuting at AFI Fest go on to become major contenders, like 2003’s Monster (which got an Oscar for Charlize Theron), 2010’s The Fighter (an Oscar for Christian Bale) and 2014’s American Sniper and Selma (best picture nominations). This November, the fest will close with the world premiere of Ridley Scott’s All the Money in the World. 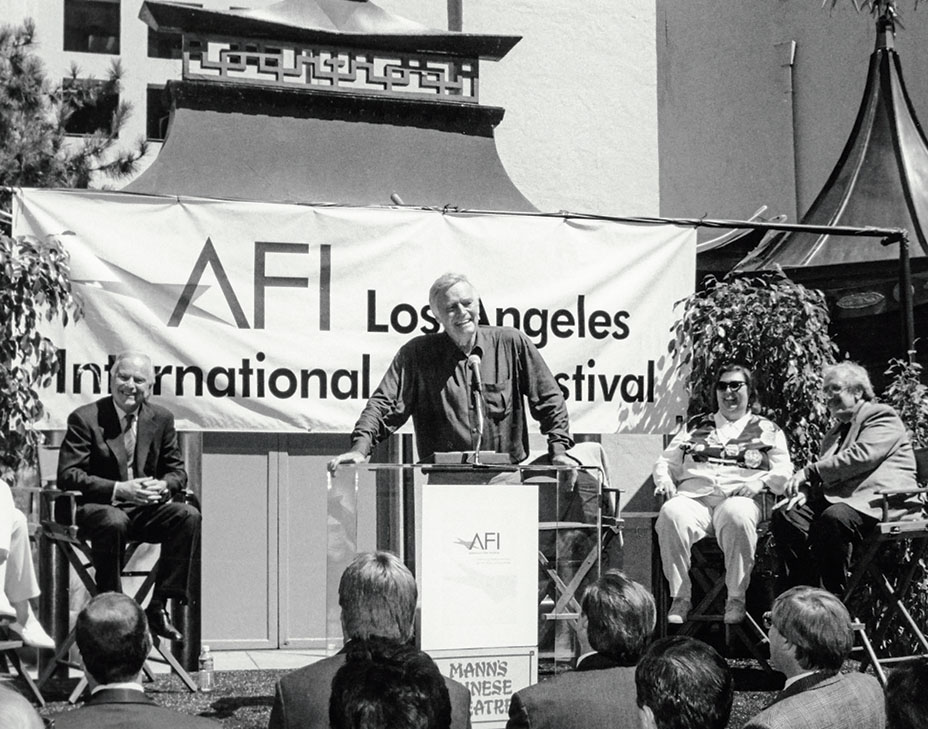 Along with world premieres, AFI Fest unspools a slew of smaller films in more modest screening rooms that have sometimes planted the seeds of award-winning careers. Before Damien Chazelle and his composer Justin Hurwitz showed their Oscar-nominated musical La La Land at the fest in 2016, they came to AFI Fest with their first film, 2009’s Guy and Madeline on a Park Bench. Hurwitz recently recounted how back then he and Chazelle snuck into the main theater and “dreamed one day we’d be here,” fuel for the ambition that ultimately earned them a slot in the big room (and, for about 30 seconds, a best picture trophy).

In January, on the Friday before the Golden Globes — right in the middle of Oscar nomination voting — comes the AFI Awards luncheon, with honorees announced in advance (the year’s top 10 films and TV shows, as determined by juries of film industry types). Only a small press pool is allowed, which partly explains why it’s one of the most star-studded events of the year. Emma Stone, Denzel Washington and Mel Gibson were among the attendees in January, when AFI president Bob Gazzale welcomed them with a brief speech. “This is a campaign-free zone,” he insisted. “You don’t have to thank anybody. We’re here to thank you.”