An important figure from World War II is under threat from a time-traveling assassin tasked with her murder. And that’s just the beginning of the story of AfterShock Comics’ new pulp comic Artemis and the Assassin.

“The story is about an international group of time-traveling assassins willing to interfere in watershed moments throughout history for a price,” writer Stephanie Phillips explained. “One such assassin, Maya, is tasked with killing the most notorious female spy of WWII, Virginia Hall. When the mission goes awry, Maya’s and Virginia’s lives are changed forever as both women are pitched headlong through time.”

The roots of the series lie in Phillips’ love of old pulps. “I was initially inspired by unexpected team-ups, like Doc Savage and the Shadow,” she said. “There is definitely a lot of pulpy action throughout this story, but I also wanted to take that a step further and add my own mythology to the world of Artemis and the Assassin.”

In the series, Meghan Hetrick and Francesca Fantini provide artwork, with Lauren Affe coloring both artists’ work. “Creating these characters and this world has been a super collaborative process with both artists,” Phillips said. “Writers always have a vision in their mind’s eye for what everything will look like, but both Francesca and Meghan exceeded my expectations. They really made everything come to life, and I’m really proud of what we’ve created.”

Artemis and the Assassin debuts March 18, 2020, digitally and in comic book stores, and Phillips has one final pitch to accompany the preview artwork from Hetrick, Affe and Fantini below. (Also below are covers by Phil Hester and Mark Englert and Dave Johnson.)

“I love writing two very distinct, unique and kick-butt women traveling through time,” Phillips said. “Obviously, there is a lot of tension since Maya’s goal was initially to kill Virginia. I also love the opportunity to place these characters in bizarre situations. With time-traveling on the table, the obstacles and settings are endlessly fun.” 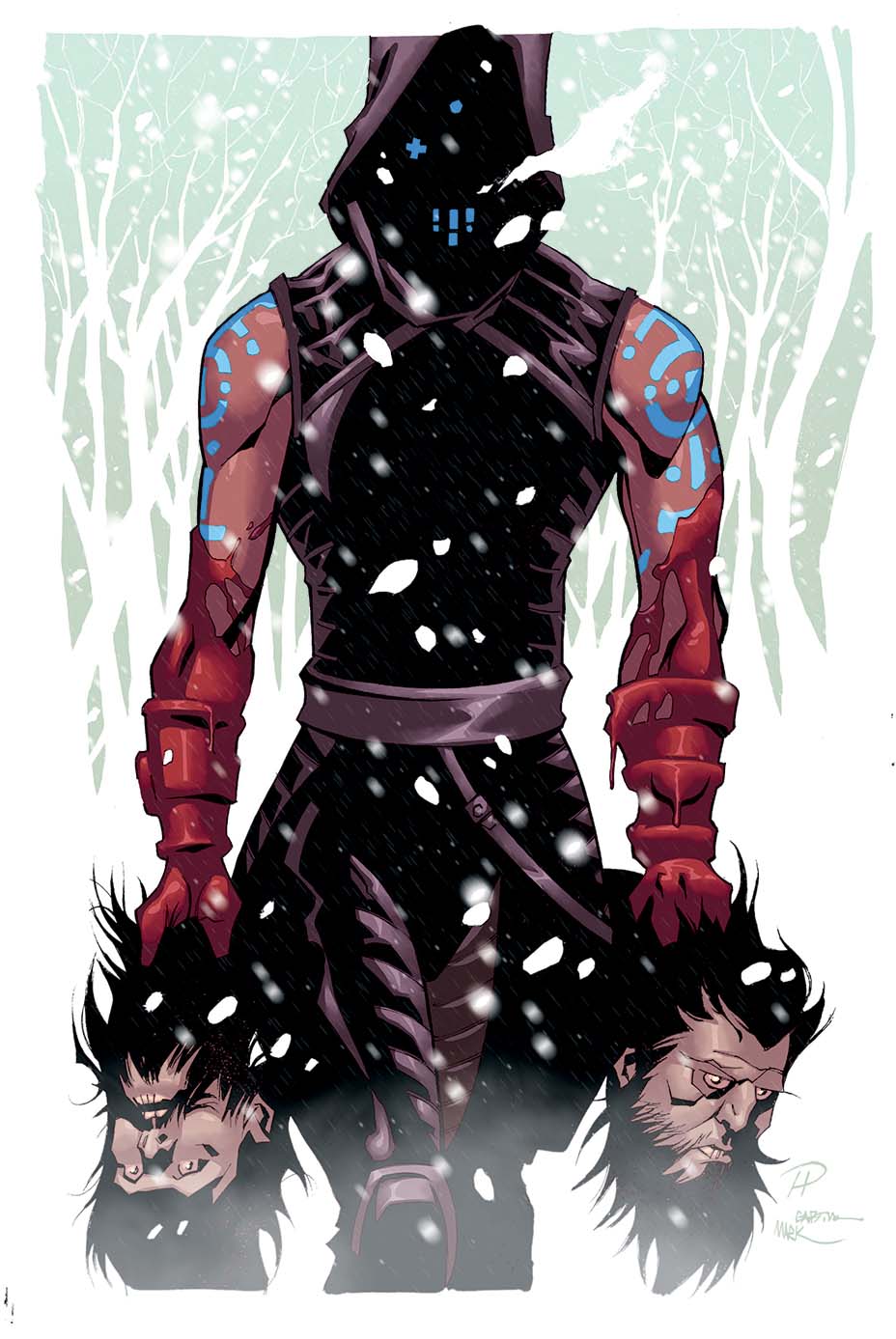 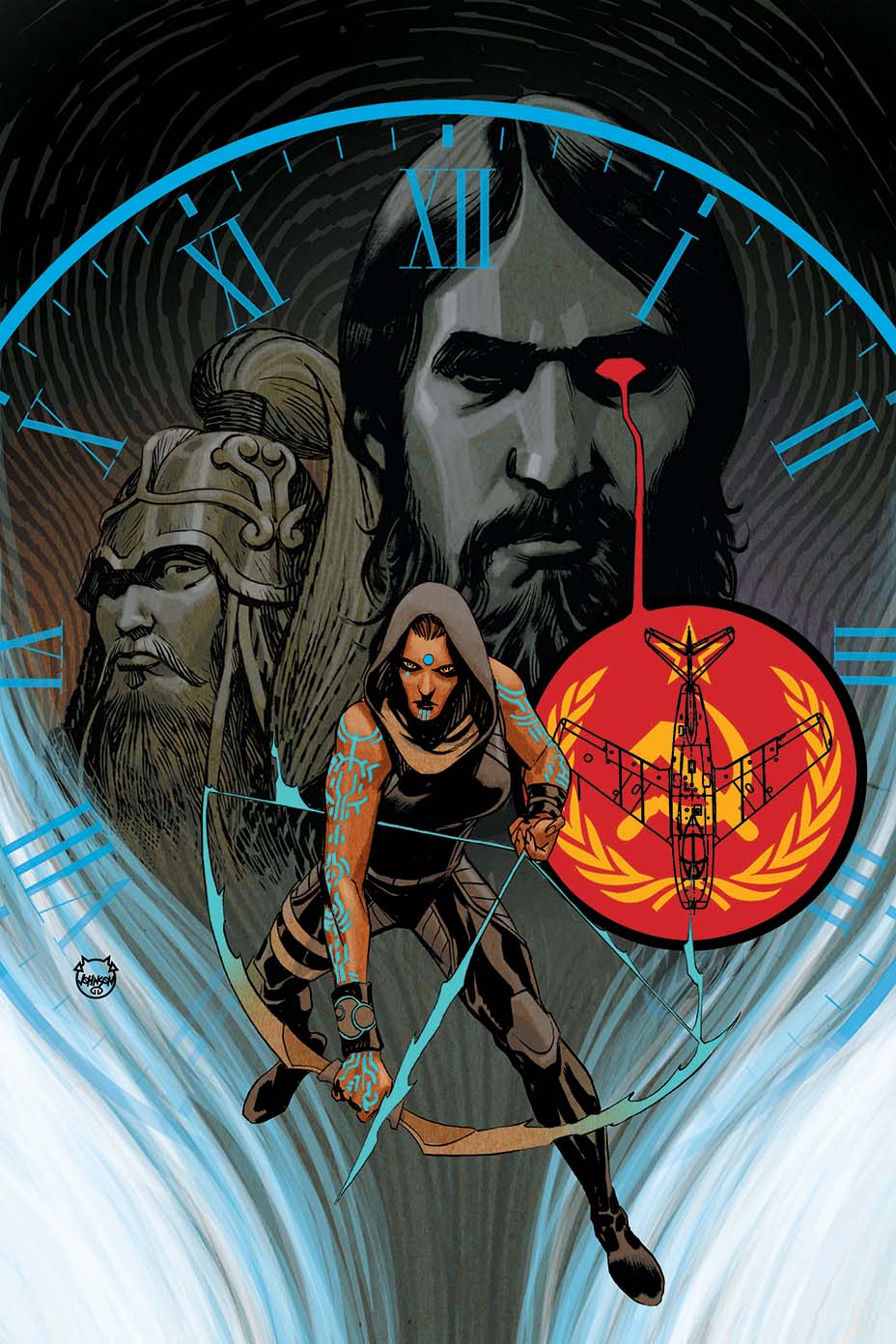 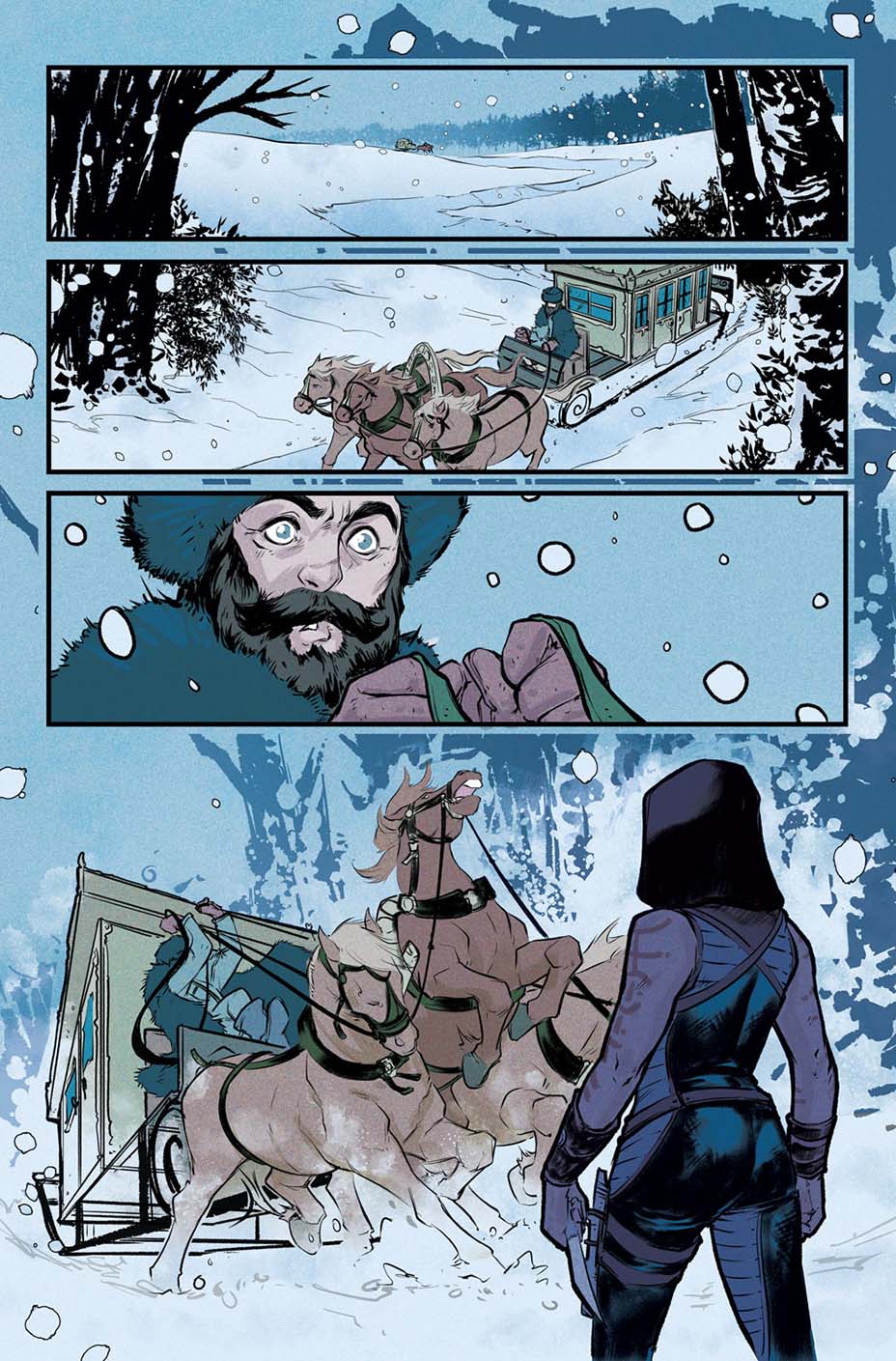 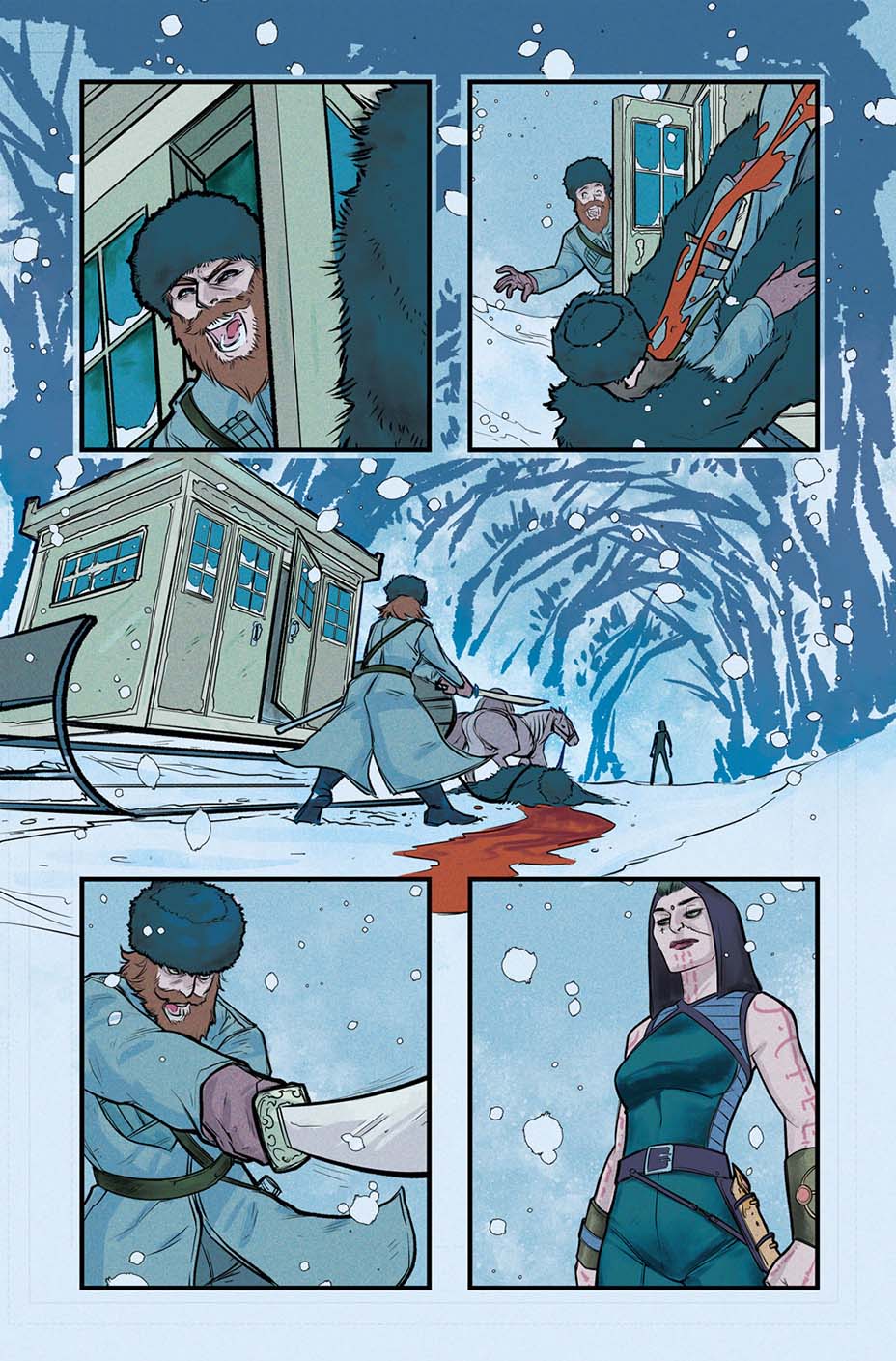 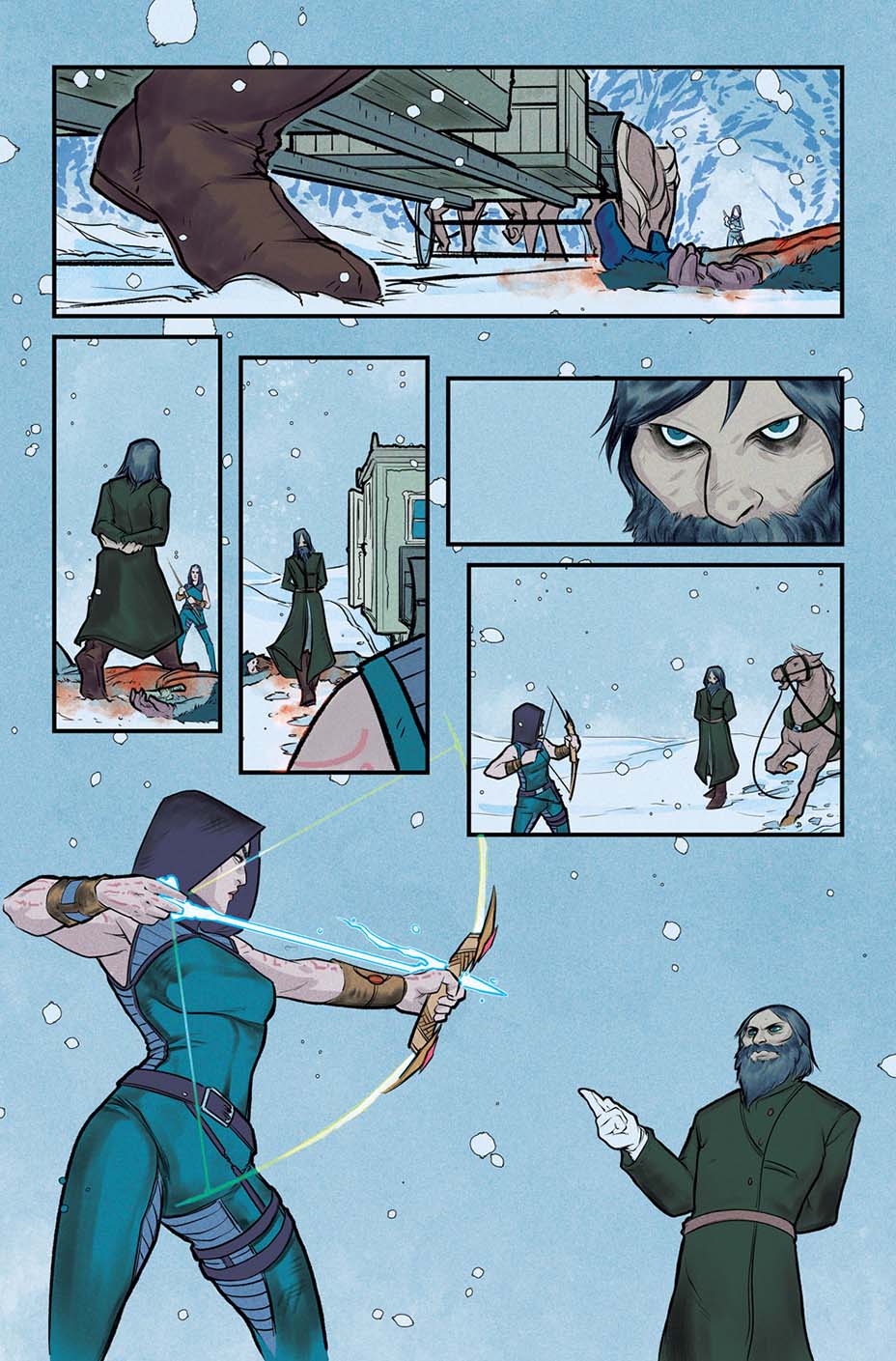 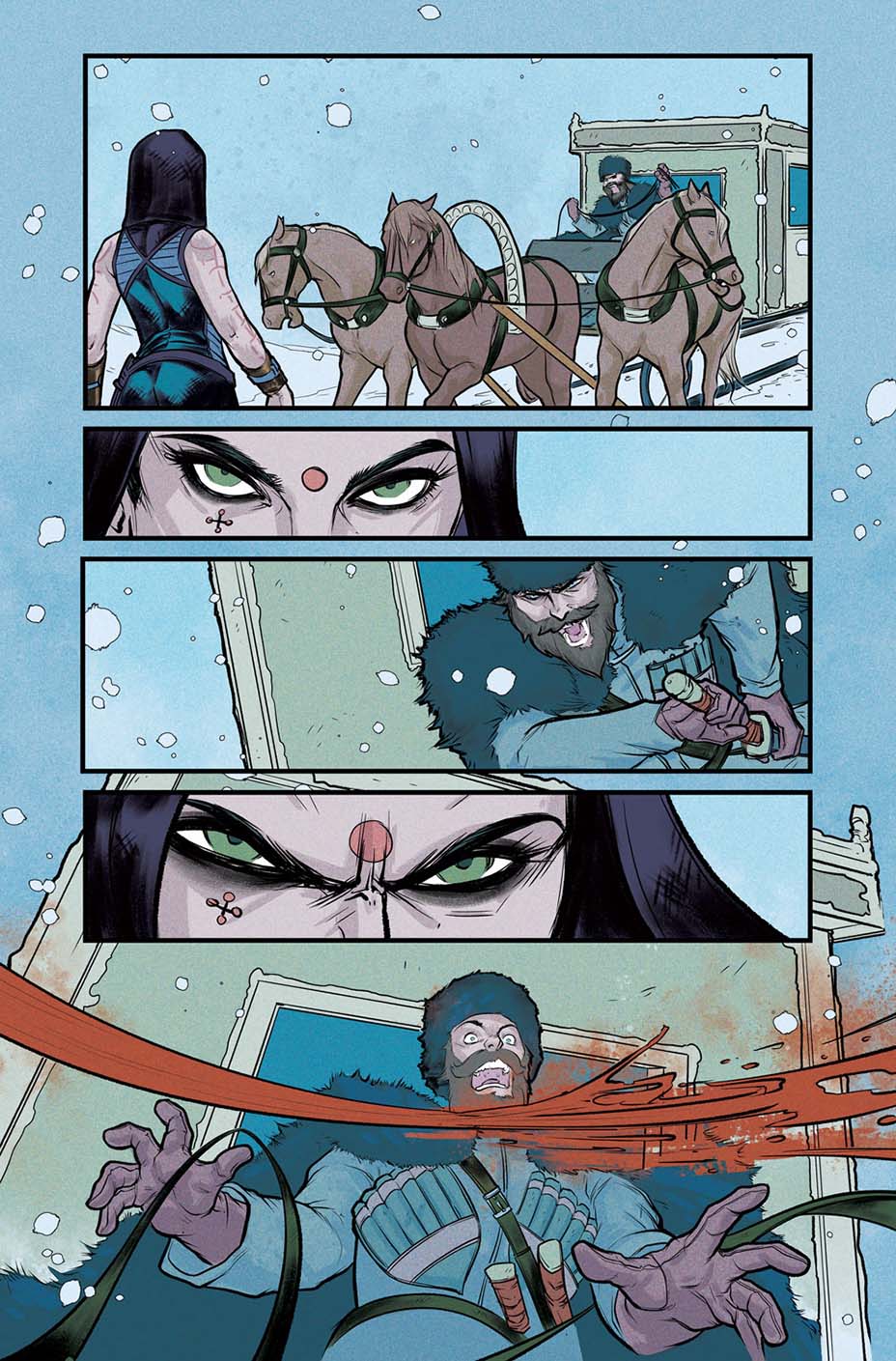 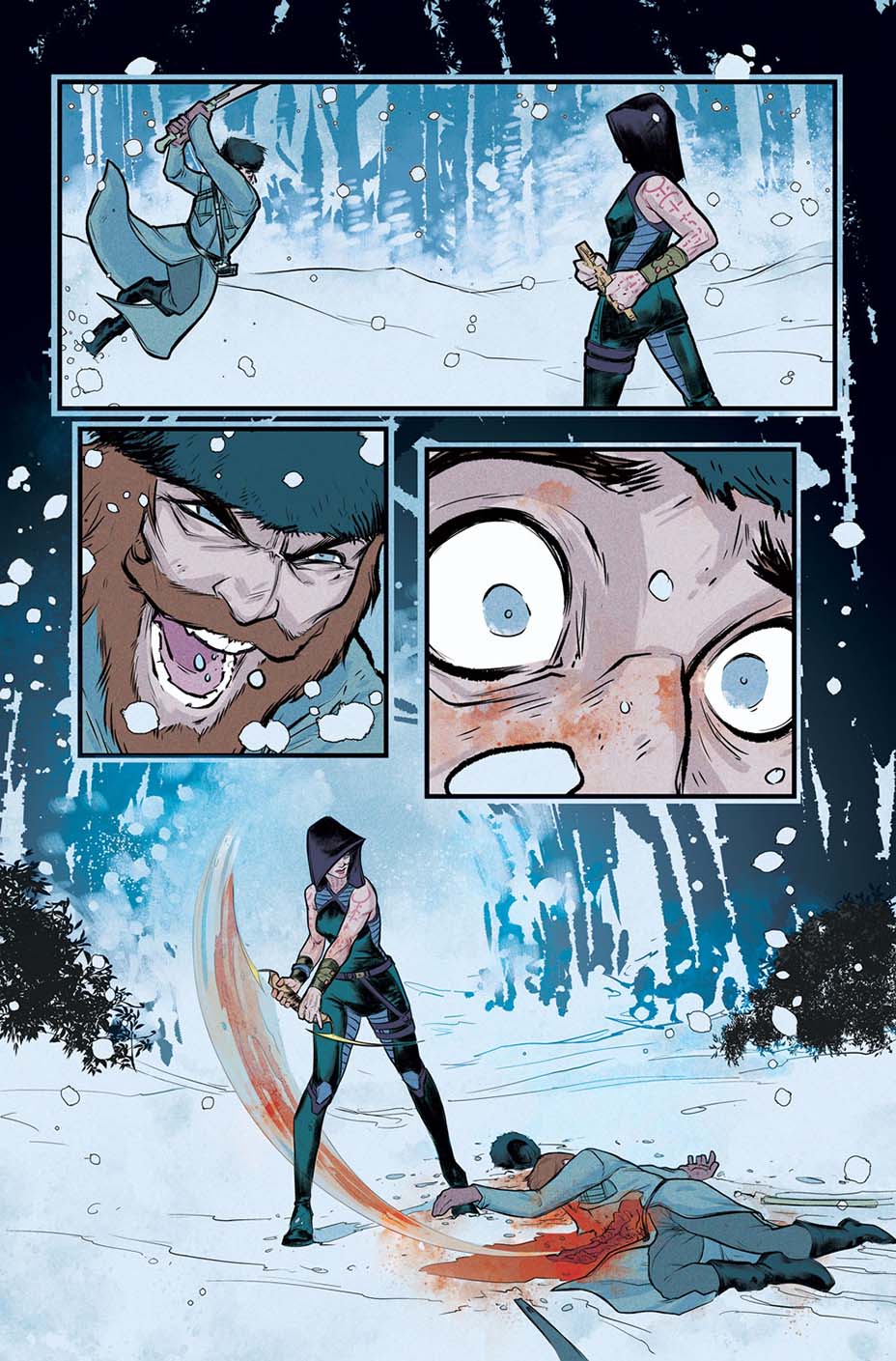 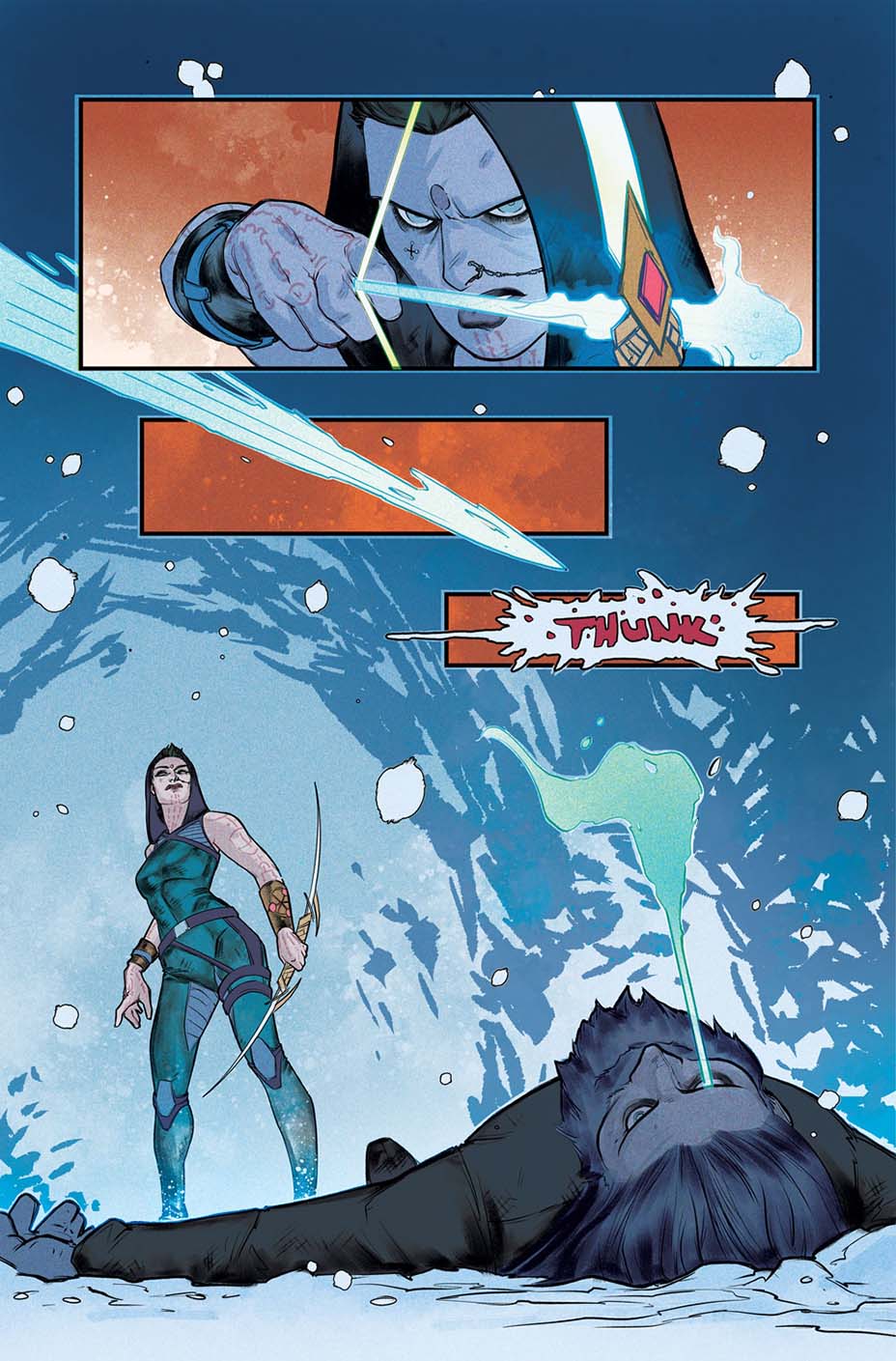 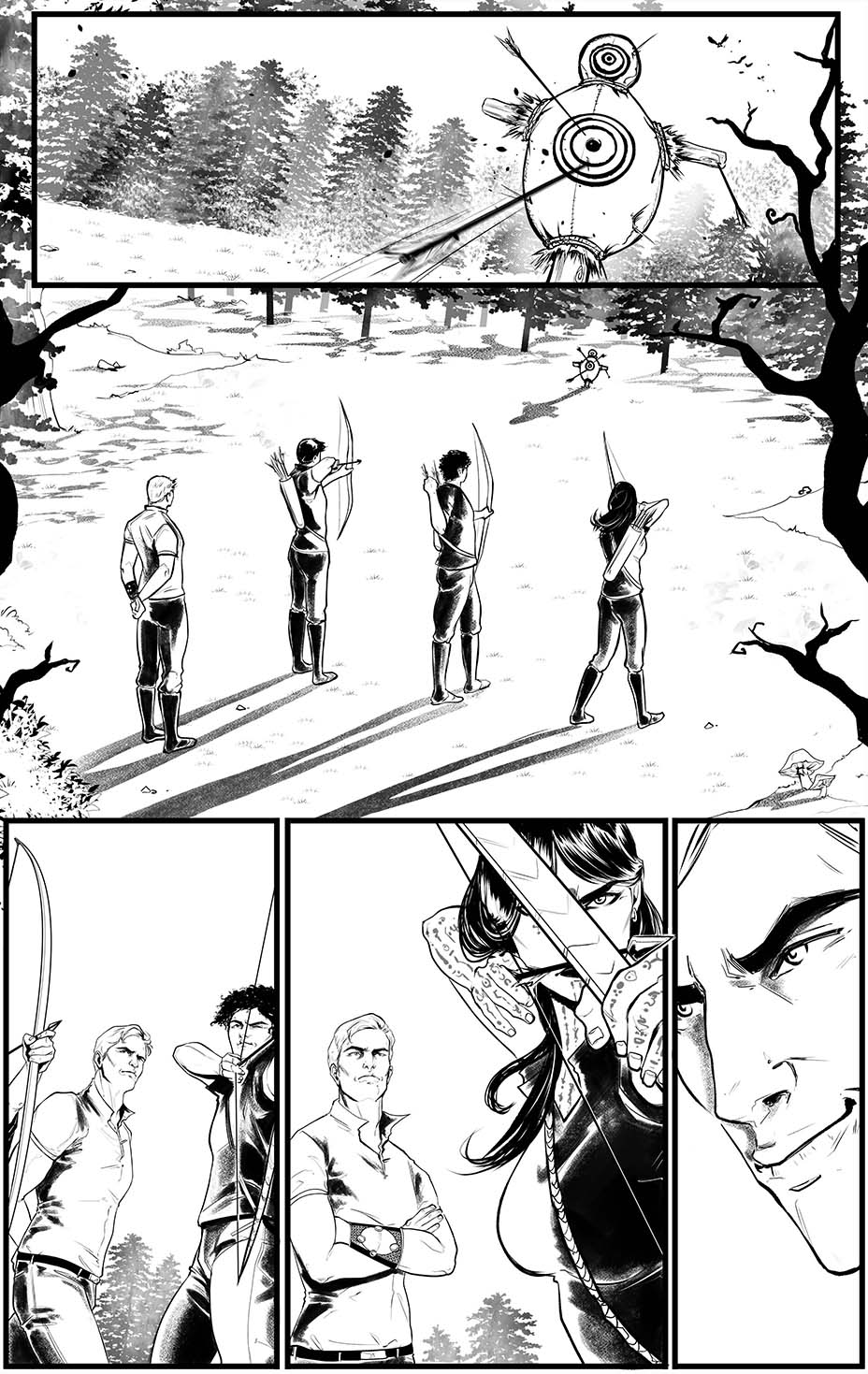 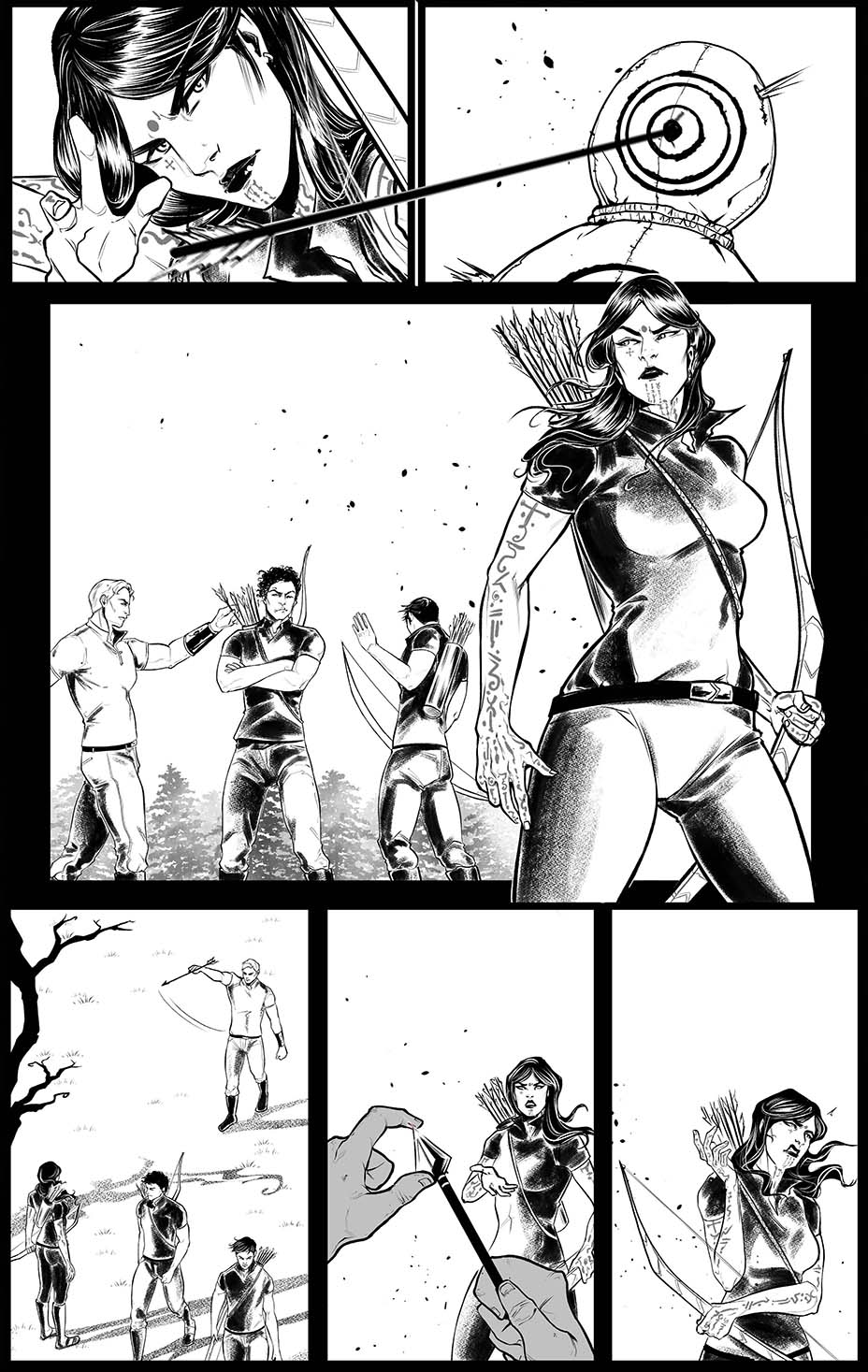 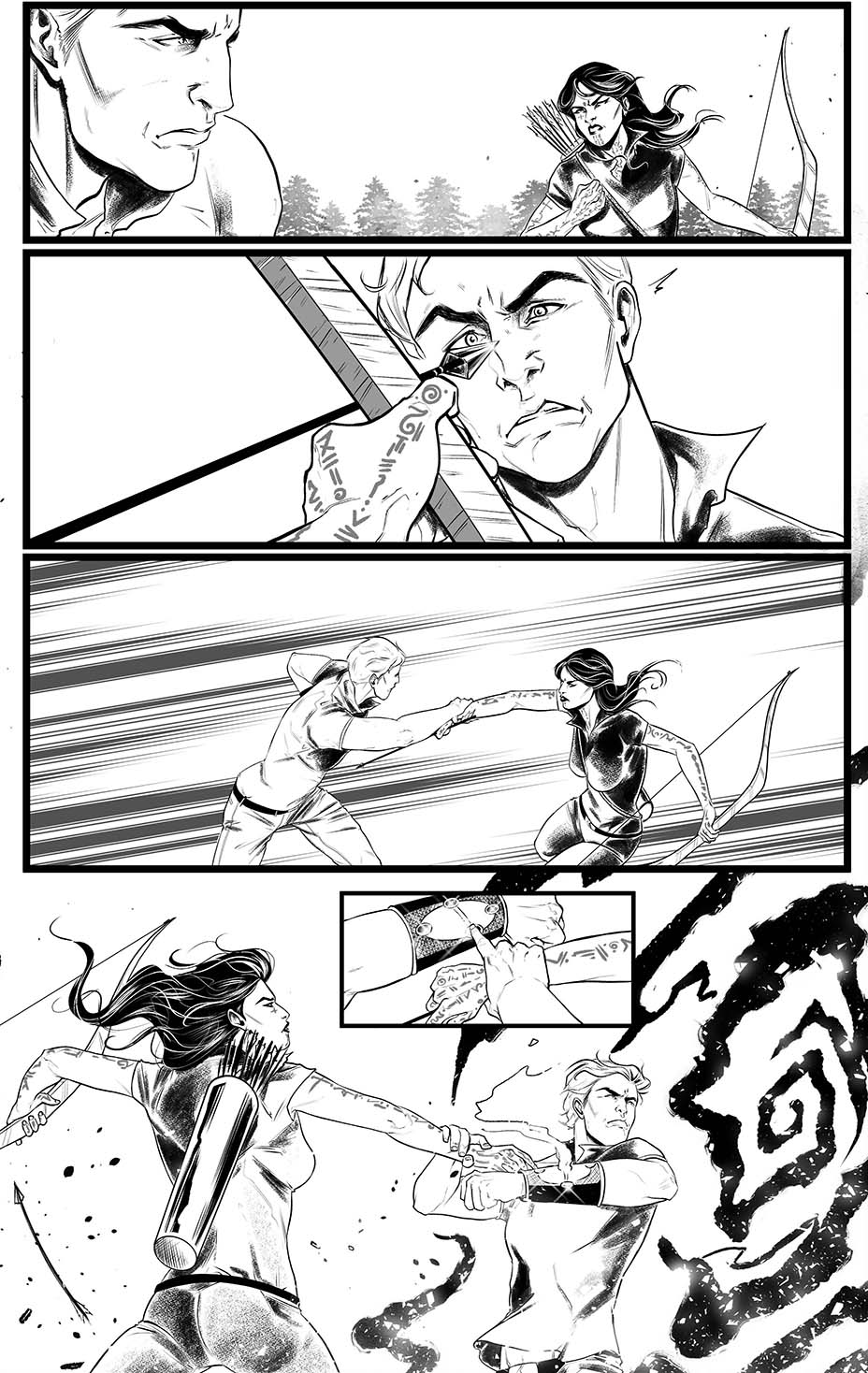