Emmy nominations morning was extra special for veteran comedy writer Alec Berg this year. Instead of getting recognized for one show, as he has recently with the HBO stalwart Silicon Valley, he racked up nominations for two — thanks to the cable network’s formidable newcomer Barry, about a hitman who takes up an interest in acting. “It’s very flattering. I have the rare opportunity to lose to Atlanta twice in the same category in the same year,” jokes Berg, who serves as the showrunner on the dark comedy alongside star Bill Hader.

The former Seinfeld writer spoke to THR about his nominations, the reaction to Barry that’s surprised him most and where the series is headed in its second season.

When did you feel like you had something special with Barry?

Bill says that he watched me get more and more sort of depressed-looking [at the pilot]. I just had that kind of sinking feeling like, “Oh, man, we’re going to have to do more of these and I’m going to have to do two shows at the same time and it’s going to be a nightmare.” I tend to see the glass as half empty, not half full. For me it was just about, “Oh, man, my life just got unmanageable, but in the best possible way.” The fact that I’m allowed to do this for a living is a dream come true.

Were you surprised by the reception? It seemed like it was a slow build where people tuned in more as the season went on.

The thing that we’ve always sort of known from when we first started talking about the idea was that when you say what the show is, it doesn’t sound very good. So we’ve been battling the concept of the premise a little bit, because it sounds like one thing and pleasantly I feel like people are like, “Oh, it’s totally different than what I expected.”

What was the most unexpected response you got to the show?

We screened all eight episodes in a row for the cast, a bunch of people’s agents also came and we had a discussion afterward. One of the things I found very interesting is that a few people felt like they were concerned that the character of Sally [Sarah Goldberg] wasn’t the person they wanted [Barry] to end up with for one reason or another. It was interesting to me that we had succeeded in making Barry likable in spite of all of his flaws and all his faults — that he’s the guy who actually murdered people for a living, and people were worried that the girl he was dating wasn’t right for him. 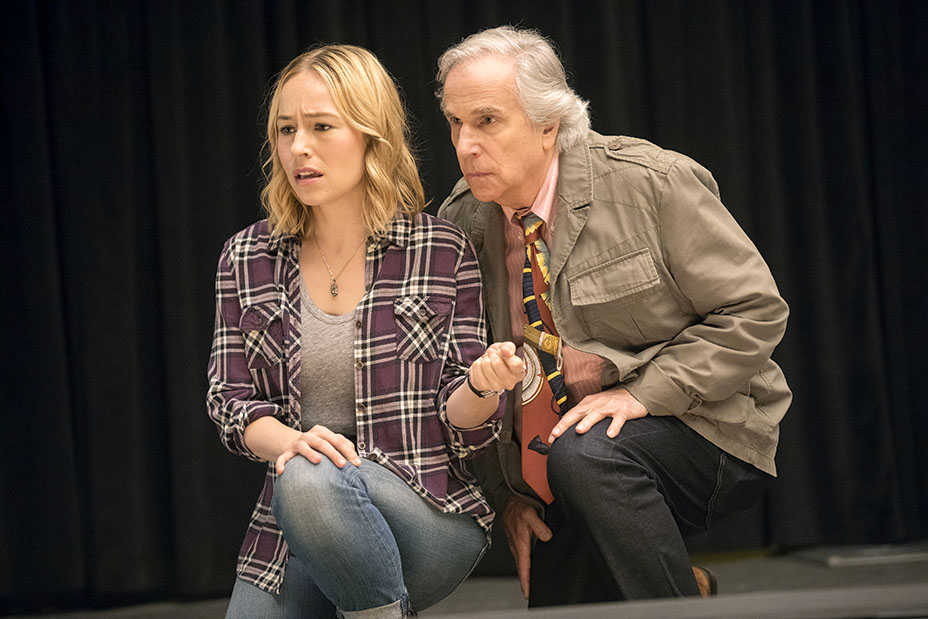 Do you have a favorite moment from the season?

Anytime NoHo Hank [Anthony Carrigan] says, “Hey, man,” it just makes me laugh. I’ve found that character to be so joyous. One of my favorite scenes was the one where Gene Cousineau [Henry Winkler] was teaching Barry to take his hands out of his pockets and just that whole runabout. Like, “Take your hands out of your pockets. We don’t act with our hands in our pockets.” (Laughs.)

The season ended on a rather dark note. What can you tease about what’s to come?

We never sat down and said, “OK, we want to take the season, the first season, into this dark place.” All we did when we were writing it was we said, “Where does this story sort of naturally want to go?” We just kind of had to play out certain beats a certain way, and there was no way to escape that. It would’ve felt contrived to not have them meet their end. So, we picked up exactly where we left off at the end of last season — what do we think would happen next and how would these characters actually behave? 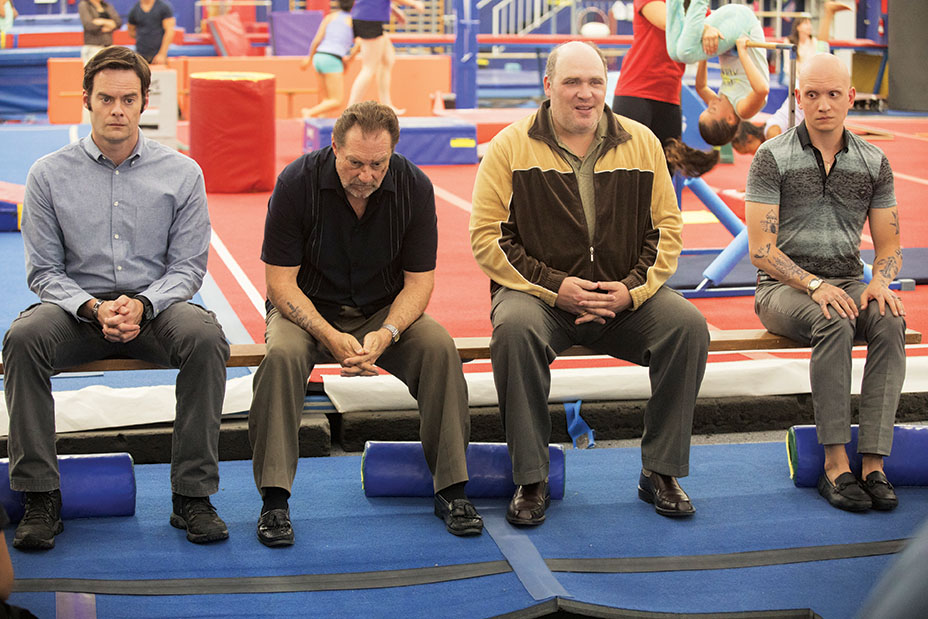 Whom are you most excited to hang out with at the Emmys?

Henry Winkler. It’s funny — I have nephews who are in their early 20s, and I would get texts from them like, “Oh, my God, this guy’s amazing. What else has he been in?” And I’m like, “You know that in the mid-’70s he was literally the most famous man on the planet, right?” And they’re like, “Wait, hold on, let me IMDb him.”

The interesting one that doesn’t exist that they give in the Writers Guild Awards is writing staff. Television writing is a team sport, and for variety shows, they give one [writing] award for the staff. I’m not lobbying to lose the individual achievement category, but it is weird to me that TV writing is such a team sport and there’s no team award. 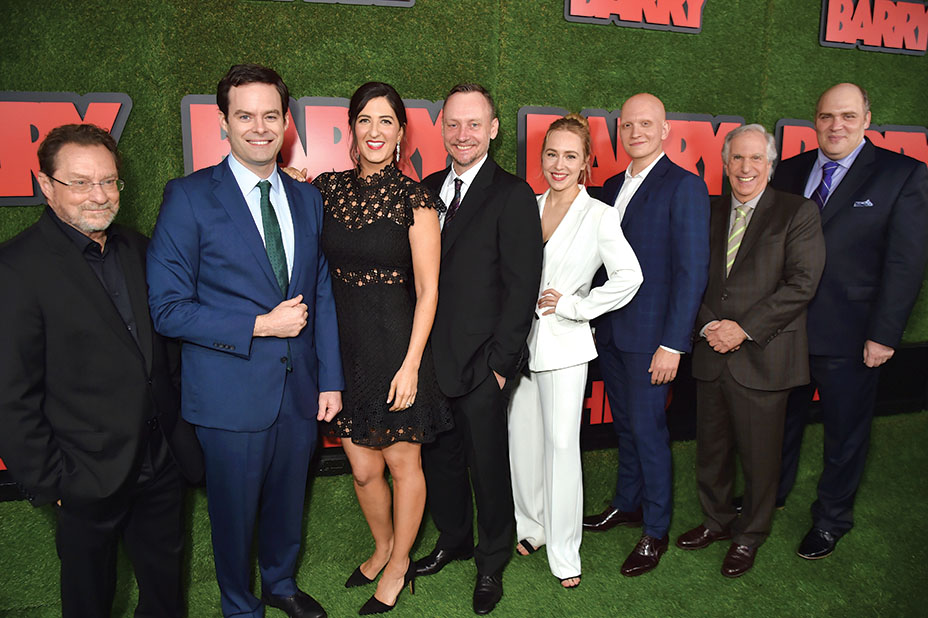 “All of the acting performances are exceptional (particularly Paula Newsome as a detective on whom Winkler’s Cousineau has his lothario eyes). Hader gives off that Bill Murray vibe of an actor hell-bent on transitioning to some darker dramatic place, and each episode reveals enough to want a longer look at it. Then, out of nowhere, Barry makes a what-the-hell-is-it-doing sprint to the finish line, becoming provocatively sad and insightful?in parts, utterly disturbing in its violence and shock in others, dramatically escalating the darker side of the series to great effect.” — Daniel J. Fienberg, April 16

Of the three first-time comedy nominees, Barry boasts the most traditional Emmy allure but doesn’t exactly seem to be part of the zeitgeist the way fellow newcomers GLOW and The Marvelous Mrs. Maisel are. Don’t discount it, though. Of HBO’s multiple efforts in the category, one that it has owned the previous?three years with Veep, Barry is a fresh choice and best positioned to make an impact on Emmy night. The hitman-turned-actor comedy has the Hollywood setting that voters love, a particularly dark edge and a popular cast in nominated stars Bill Hader and Henry Winkler. If you’re placing bets on a Barry win, give strong consideration to stacking your chips on Winkler. Still, the?series is probably in the more favored half of its crowded field — a record eight shows! — so a victory would not be entirely out of the blue. — Michael ?O’Connell