Continue to The Hollywood Reporter SKIP AD
You will be redirected back to your article in seconds
Skip to main content
April 20, 2021 7:15am
Logo text

Comic book writer Christos Gage and artist Reilly Brown were recruited to pit Batman against Fortnite characters in crossover miniseries Zero Point. But first, they had some research to do.

“I knew the game existed, ” Gage tells The Hollywood Reporter on the day of the comic release. “I knew vaguely that it was a fighting game and that it was very very popular, but I didn’t realize how much lore there was behind it.” At first, Gage was under the impression that Fortnite was a massively multiplayer online game (MMO), where people “get together and fight each other.” But soon, that perception was squashed: “I came to realize it was much more substantial than I had thought.”

The comic from DC and Epic Games features an original story where Batman is struggling with memory loss on Fortnite island. He doesn’t remember who Catwoman is, a woman he once nearly married. And every 22 minutes, a storm covers the island and resets everything. Once again he forgets everything that just happened.

From the start, Epic’s chief creative officer Donald Mustard, who gave story and concept consultation, wanted to lean into the World’s Greatest Detective Batman. “The detective thing is something that sets Batman apart and I thought it was exciting to really lean into that,” says Gage, whose other credits include Spider-Geddon, X-Men Legacy and Buffy the Vampire Slayer.

“It seemed like the classic situation where you’re presenting the hero with something that challenges his greatest strength,” says Gage, adding that Batman, who now can’t rely on his memory, is tasked with figuring out things about the mythology of Fortnite island — some of which have not been revealed in the game.

When Gage and the team were picking characters to appear in the comic, he would Google a character and a video would come up about “the origin of Fishstick,” or similar. “I’d watch it, and I’d realize it was a fan made video,” recalls Gage. “Fans really get into these characters and create these really elaborate backstories for them. I think it’s great, it shows how exciting the characters are.”

And of those characters, he discovered some curveballs. “The idea that you have anthropomorphic bananas, and fish — they’re compelling characters,” he says.

Brown, who is known for Cable & Deadpool, The Amazing Spider-Man and more, also knew about the game and had seen others play, wasn’t familiar with its individual characters, but he found a fondness for them. “You’ve got guys like Moisty Merman who is just a dude who looks like a monster, but you can see his face underneath the costume,” laughs Brown. “It’s like, where is he from, why is he dressed like that?”

As he got more acquainted with the game, the depth of the characters began to reveal themselves. “I  just think all the characters are so interesting and cool and they have great designs, and their designs hint at interesting personalities or backstories,” he goes on to say. “I think just about any character in that game would be worth exploring more in a storyline.”

To help him visualize the story and characters, Brown would take pictures in Fortnite of locations he wanted in the comic. “It was great because I could get it from any angle I wanted,” he recalls. Brown drew inspiration from his favorite artists: Jim Lee (Superman Unchained, Justice League) and Neal Adams (Batman, Green Lantern, X-Men).

And this particular story offered an opportunity to show a different side of Batman as he struggles with memory loss. “There are a lot of scenes of Batman looking surprised and shocked and dumbfounded, which are looks you don’t usually see from Batman because he’s the guy with all the answers,” says Brown.

For the voice of Batman, Gage says this version of the character is different from the Adam West 1960s Batman or the Dark Knight from Frank Miller. “Once you’re familiar enough with certain characters, their voices just kind of live in your head and you let them do the talking,” Gage says.

Looking to the post-release, Gage and Brown are excited for comic book and video game fans to collide. “That’s one of the things I’m excited about with this crossover is getting to reach that younger audience,” says Brown. “I think that’s important for the industry as a whole to try and keep more of a mind open to reaching the younger audience and trying to convince them to come into the comic book store, because that’s what’s going to keep the line healthy and young and vital going into the future.”

“Anytime a Fortnite fan becomes a comic book fan or vice versa, I think that’s a good thing,” adds Gage, noting that he’s seen a number of people on social media commenting about Batman versus Snake Eyes — a duo they’ve wanted to see since the 1980s — which appears in the third issue. “And my hope is then they’ll be like, wow this Fortnite world is really interesting. Not that Fortnite needs a bigger audience, but it would be great if they got one.”

View some pages from the comic below. 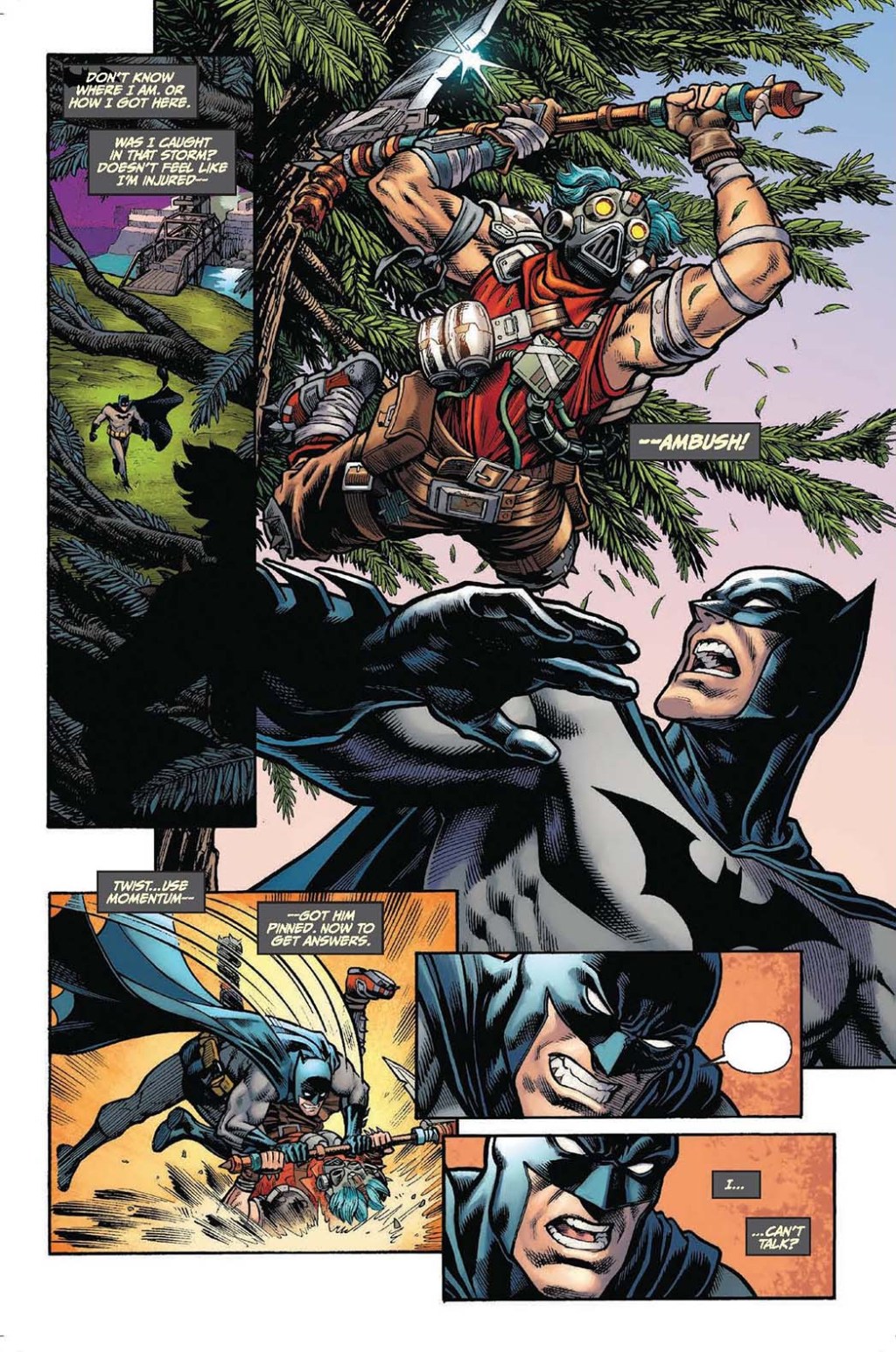 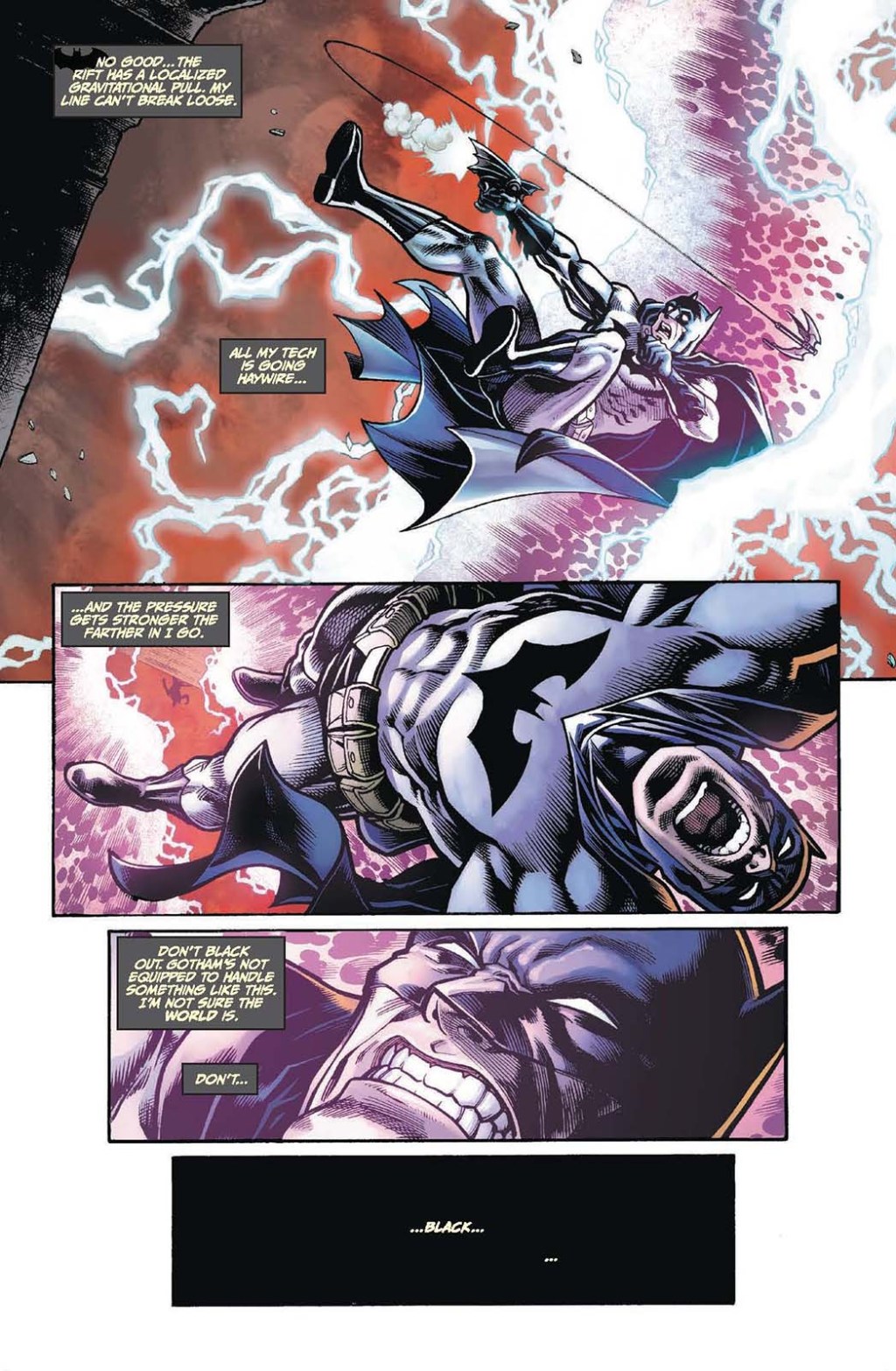 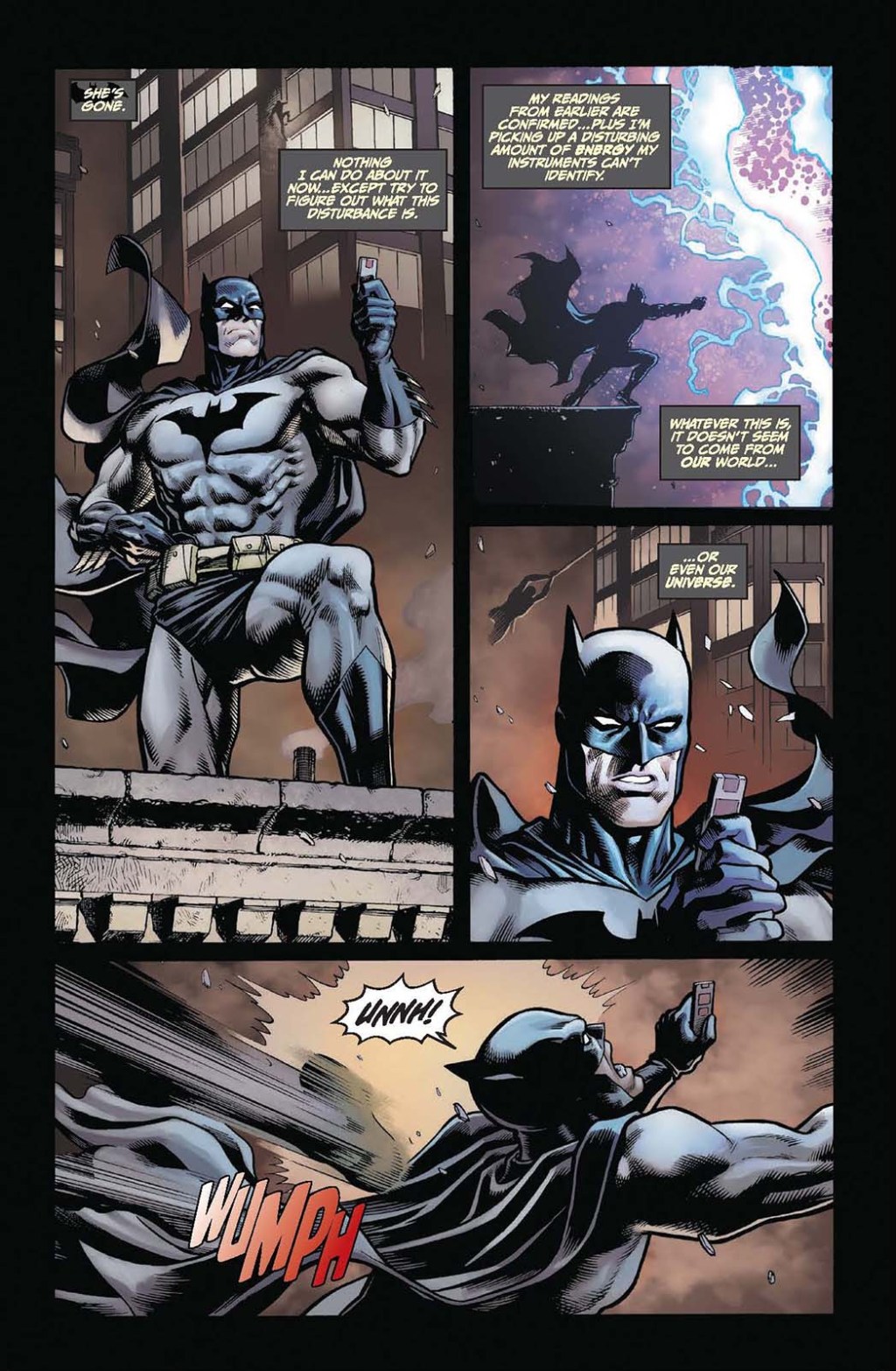 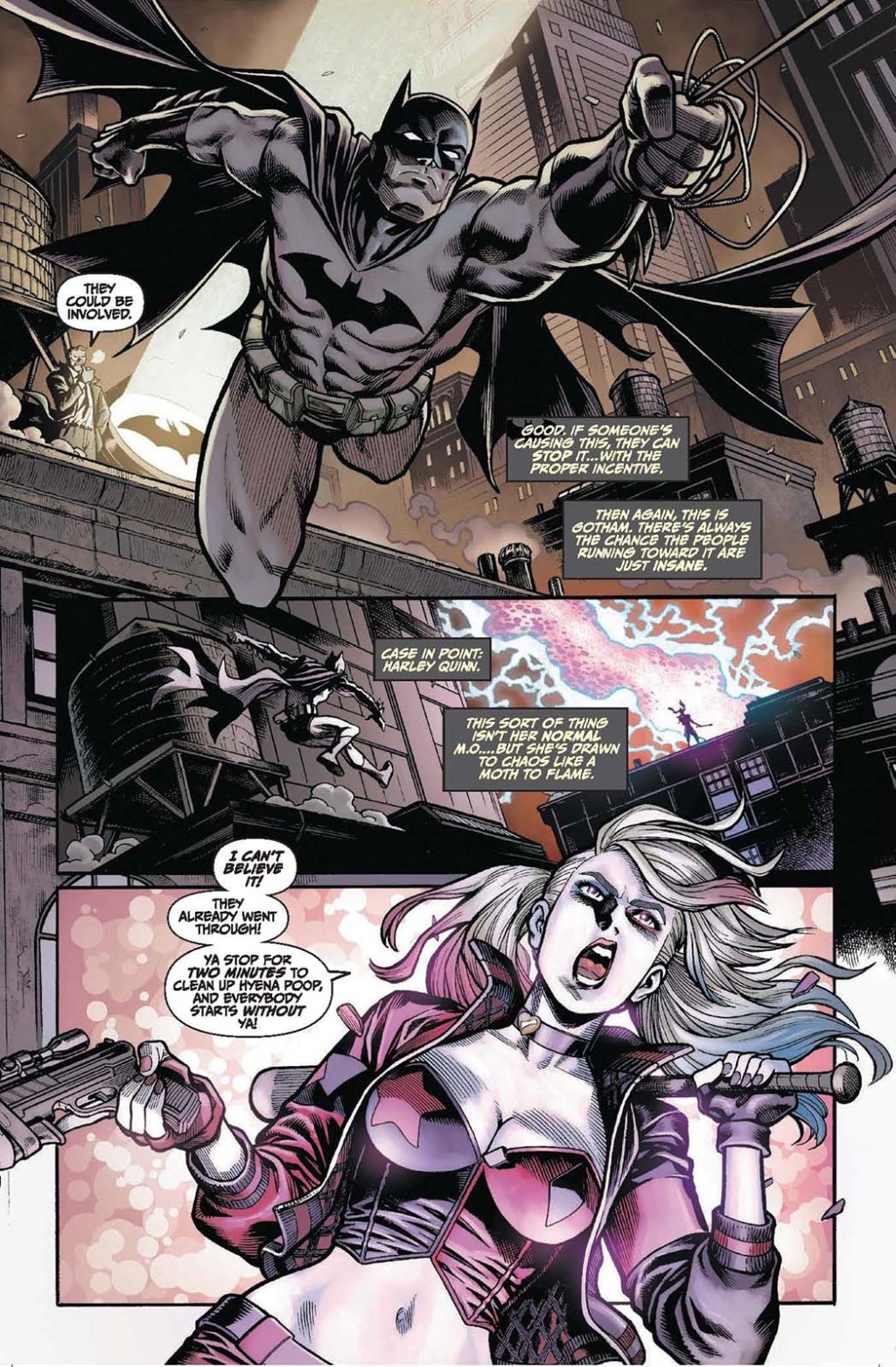