Continue to The Hollywood Reporter SKIP AD
You will be redirected back to your article in seconds
Skip to main content
December 6, 2019 8:30am

When revamping Aladdin‘s iconic songbook for Guy Ritchie’s live-action version, the decision to give Jasmine (Naomi Scott) a solo was an easy one. Working with Alan Menken, who composed songs and the score for the original, Dear Evan Hansen duo Benj Pasek and Justin Paul created “Speechless,” a tune that brings to life the princess’ desire to be heard. Menken, Pasek and Paul spoke to The Hollywood Reporter about finding the perfect words for Jasmine, adding to Aladdin‘s beloved soundtrack and collaborating for the first time.

What went into the decision to give Jasmine her own song?

ALAN MENKEN Even before I was working with Benj [Pasek] and Justin [Paul], the thought was that a song for Jasmine for the movie would be a great addition. That was always thought of as one of the moments that was underexplored in the original movie — her story, what she wants out of her life. When we met with Guy Ritchie, we had two song moments that we were contemplating. One was a duet for Aladdin and Jasmine when they have that rendezvous that they plan, but then it doesn’t happen because Aladdin is taken to the Cave of Wonders by Jafar. So they [would have] sung remotely to each other. The song was called “Desert Moon.” And then the song for Jasmine, we wanted it to be a song about her wanting her voice to be heard. We felt it was important to the character and a very timely and important theme.

BENJ PASEK I don’t want to even say that it was a decision that was made. It was sort of an inevitability. You have one of the strongest, most powerful, dynamic Disney princesses, and you have to ask yourself when you’re making a new version of a classic movie, “Why are we creating a new version of this?” It really stood out to all of us that this really powerful character who people had loved for her ferocious personality and her wise, witty, strong sense of self deserved to have a song that reflected that personality. So it felt like a real opportunity.

Aladdin has some iconic songs. Were you nervous to add this new one to the mix?

MENKEN No. You know, I’ve done it so many times now. I’m very blessed in that just about every one of my projects has had a second or third shot at life. I went through that with Beauty and the Beast and I’m going through that now with The Little Mermaid. Also, of course, I’ve had the experience of having so many of my movie projects being adapted for the stage, and, similarly, I’ve added songs there. The challenge is I’m writing with a lyricist other than Howard Ashman [who died in 1991], and I want to make sure that the style and vocabulary of the songs blend with the score not only musically but also lyrically. The thing that does make me nervous with any project is the period in which I want to know: Who is the director? Who’s the writer? How are we going to adapt it? What’s going to be their point of view? That’s really suspenseful. Once we all get on the same page about what we want, then it’s fine.

JUSTIN PAUL We were incredibly nervous and intimidated to be adding something to what is such a glorious and iconic canon of songs. Of course, the advantage that we had — the only reason that we dared tread on that ground — is that we got to be in the room with Alan. Not only did he encourage us and allow us to find our own voice in this, he also shared with us. We got to see earlier drafts of some of the original songs in Aladdin, some of his and Howard’s original work.

How did you make sure that the song matched the tone of the original songbook while remaining contemporary?

PASEK One of the exciting moments was getting to discover a line that existed in the original animated movie, where Jafar has a particularly misogynistic line that he says to Jasmine when he’s trying to force her to become his bride. He says, “Speechless, I see? A fine quality in a wife.” So going through the animated movie and realizing the content was already there for us gave us a real, direct line to the original intent of the characters and the world. It was a jumping-off point for us to work on “Speechless.” 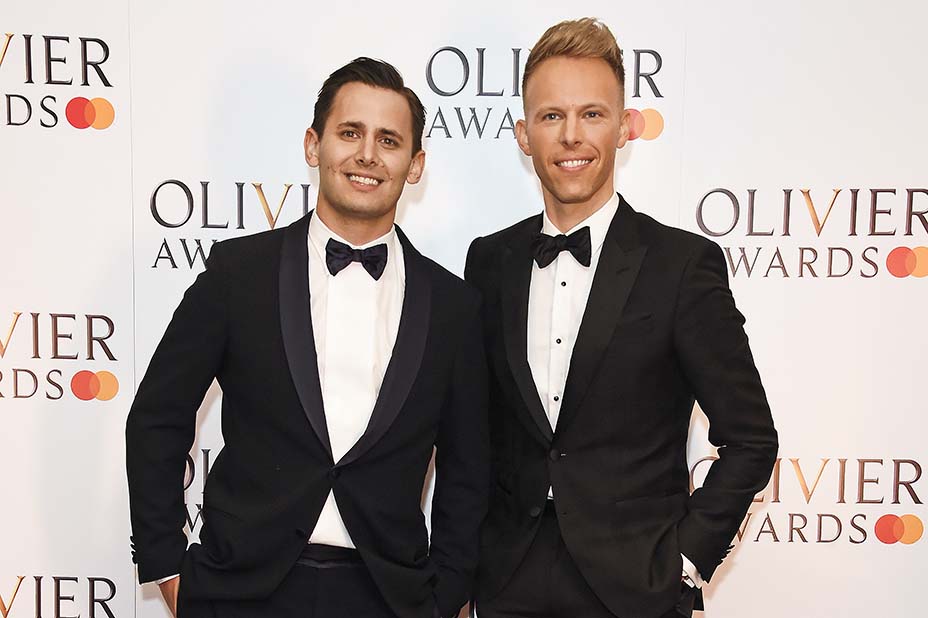 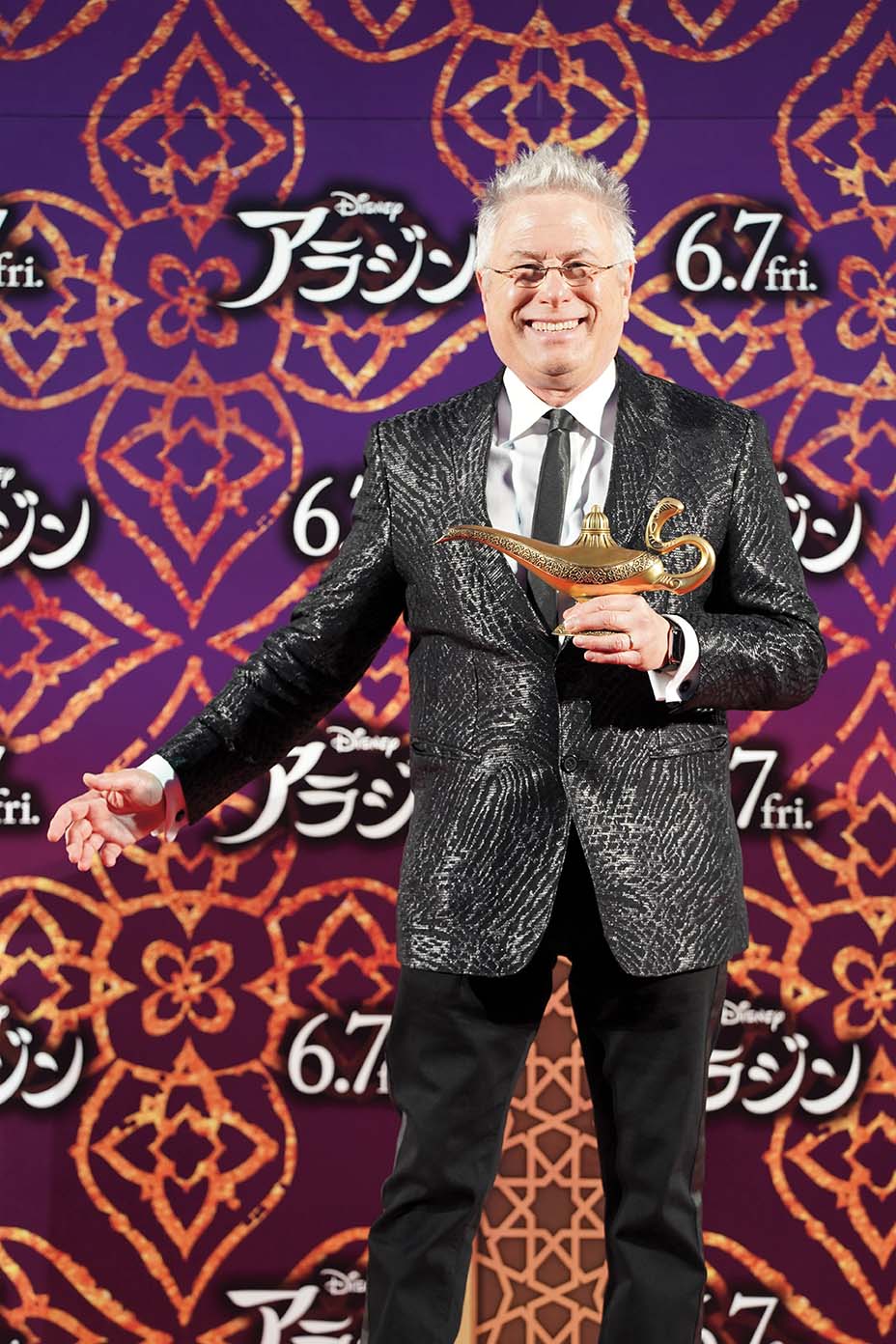 Why does it appear twice in the film, first as a reprise and then in full toward the end?

MENKEN Well, then the challenge was: How do we fit it into the movie? What spot does it go in? That was a trickier part of it. We found the best way to get it into the movie was in fact to have it in two parts. The first part being early when Jasmine says, “I don’t want to remain speechless,” because she’s told to be seen and not heard. And then at the end, when she makes a stand and says, “I will not remain speechless.” I think it worked out rather well.

PAUL The song moves from a place of [Jasmine] feeling like she knows that something is not right. She knows that she shouldn’t be talked to this way or limited. She shouldn’t have to submit. But the journey of her character over the course of the film is going from knowing it, feeling it, believing it, to exercising it, putting it into practice and saying, “I am meant to be here.” So there’s something satisfying about being able to reflect that musically.

What was it like the first time you met?

MENKEN I first heard about Pasek and Paul back in their college days. They were this talented team of songwriters at the University of Michigan, and my daughter went to the University of Michigan. She said, “Oh, they’re very talented.” And I’m thinking to myself, “Isn’t that nice — a nice college team of songwriters. I wish them luck. I hope someday they do something that I know about.” And then I saw [Broadway musical] A Christmas Story, and I thought, “Oh my God. These guys are really, really good.” I met them at that time, and they’re just the most bright and engaging and enthusiastic young men. When we decided we were going to work together, they came over to my studio. You know, they grew up on my music and Howard’s and my work. So they were almost falling over with giggles as they walked in. We just had the best time.

PAUL I remember when we first met Alan at Christmas Story and he was so complimentary and so generous in an unexpected way. We were like, “I can’t believe this person who created some of the most iconic music in the history of musical theater and film is complimenting us right now.” We were members of the cult of Alan Menken, and he was our idol. I think the thing that shocked us the most was how collaborative he is. He treated us like equals. He wanted us to bring some of our sensibility to the song as well. He could have easily just shipped us some melodies and we would have gladly put some lyrics on them and that would have been that. But he truly believes in the spirit of collaboration. That was not only unbelievable and so beautifully surprising, but it was also a wonderful lesson in keeping that spirit of collaboration alive in the work that we do for the rest of our lives. If Alan Menken does it, how could we not?

This story first appears in a December stand-alone issue of The Hollywood Reporter magazine. To receive the magazine, click here to subscribe.