Kenya Barris is not afraid to go there on Black-ish. The fourth season of his ABC comedy — which also said goodbye to Yara Shahidi as a full-time regular, off to spinoff Grown-ish — tackled the cultural complications of celebrating Christopher Columbus, postpartum depression, racial and gender biases and, in a particularly difficult turn for longtime viewers, divorce.

The comedy spent the last four episodes of its season pushing central duo Bow and Dre, played by Emmy nominees Tracee ?Ellis Ross and Anthony Anderson, toward the brink of a breakup. It’s not light stuff for a broadcast sitcom, but it’s one of the many reasons why Black-ish is the only Big Four comedy to score a series nomination this year — the first time in history that traditional ?TV has had only one representative in the genre’s top category.

Barris, 43, spoke to THR about watching his young cast grow up, ?the Juneteeth holiday and his undying love for the Air Jordan III.

What’s the biggest disagreement you had in the writers room about Bow and Dre’s separation storyline?

That it would hurt the show permanently.

Do you find yourself wishing the younger cast members weren’t growing up so fast?

Every day I’m faced with ?a double heartbreak of watching my kids grow up while watching the kids I’ve come to ?love as my own grow up. Only good part about it is they’re ?all doing it in a dope way. Except for Marsai [Martin] — she’s a disaster. (Laughs.)

What would you say is one of ?your favorite lines of dialogue from this season?

What’s the most unexpected response you’ve gotten to ?the show?

Juneteenth [the holiday commemorating the 1865 emancipation from slavery in Texas] being added to Apple’s iCal. 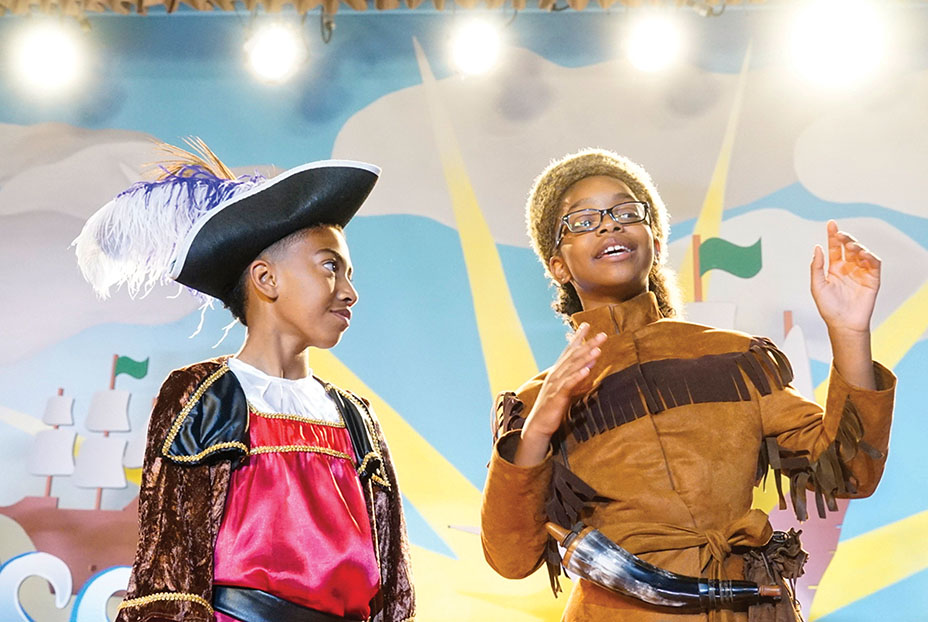 On red carpets, what do ?you wish you were asked about more often?

The Air Jordan III. I wish I could have a rider where all my red ?carpet questions are exclusively Air Jordan III-related. In case ?you didn’t know, the Air ?Jordan III is the world’s most amazing sneaker. 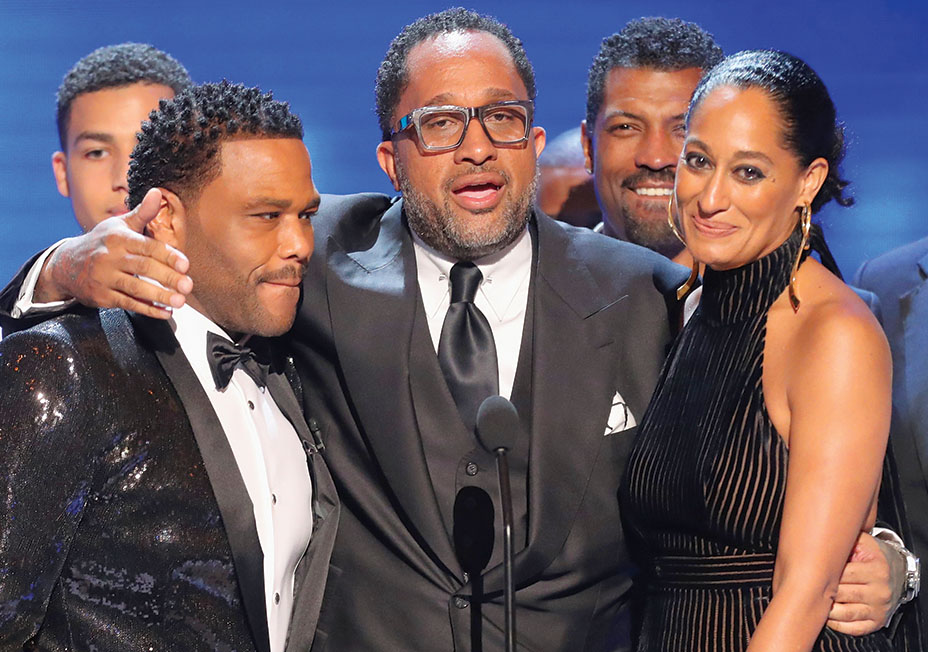 “Are you sure you’re in the right place?”

Which of your cast members ?is best suited to run for office?

You would think I would say ?Yara Shahidi because she was made in a President Factory, ?but I’m not. After seeing Trump and knowing what America wants, it’s Deon Cole. He’s the best we’ve got for a win.

Black-ish‘s season four premiere, a musical episode based on the celebration of Juneteenth (the day — June 19, 1865 — that slavery was officially abolished in Texas), aired Oct. 3. A few months later, it was announced that Kenya Barris’ critically acclaimed Juneteenth story would not end there — he’s bringing it to the stage. Barris will write the musical with Black-ish producer Peter Saji, and Pharrell Williams will write and compose the music and produce via his company I Am Other (with partner Mimi Valdes). While details are scarce, the musical is expected to follow a template similar to the Black-ish episode, focusing on two African-American families — one in contemporary times and the other in the Civil War era.

Black-ish has never shied away from political topics, from police brutality to the N-word, but a planned Feb. ?27 episode of the ABC comedy was pulled from the schedule before it could air. The episode, which was supposed to weigh in on the debate over NFL athletes kneeling during the national anthem, was shelved over “creative differences.” “We’ve long been supportive of Kenya and his team tackling challenging and controversial issues in the show,” said ABC Entertainment Group president Channing Dungey in May. “With this particular episode, there were a number of different elements to the episode that we had a hard time coming to terms on. Much has been made about the kneeling part of it, which was not even really the issue, but I don’t want to get into that. At the end of the day, this was a mutual decision ?between Kenya and the network to not put the episode out.”

No other nominated comedy has tackled Trump’s America and the relentless realities of being marginalized like Black-ish, broadcast’s lone contribution ?to ?the category. It’s they All in the Family of this decade, and its place in the Emmy race is both earned and, simultaneously, slightly underestimated. Few talk about the show as a real contender, even as creator Kenya Barris’ influence and reach extend far beyond that of the traditional showrunner. That’s certainly one variable that could play in Black-ish’s favor. Barris was quite open about his frustration with ABC’s decision to nix a storyline this season about black NFL players ?kneeling in protest of police brutality during the national anthem. The TV Academy’s liberal-skewing voting body may very well be thinking about that episode that they didn’t even get to see when marking their ballots. — M.O.