There were numerous moments over the years when Bohemian Rhapsody could have bit the dust and become yet another movie project silenced.

But Graham King, the tenacious Hollywood producer whose credits include best picture Oscar winners The Departed and Argo, never stopped banging the drums. Since its release in theaters in early November, Bohemian Rhapsody has rocked its way to $844.4 million at the global box office to become the top-grossing music biopic of all time, not to mention the most successful drama of all time, not adjusted for inflation. In an upset, it won the Golden Globe for best picture, drama, before landing five Oscar nominations, including best picture and best actor for its star, Rami Malek, who also won a Globe for his portrayal of the legendary Queen frontman, the late Freddie Mercury. 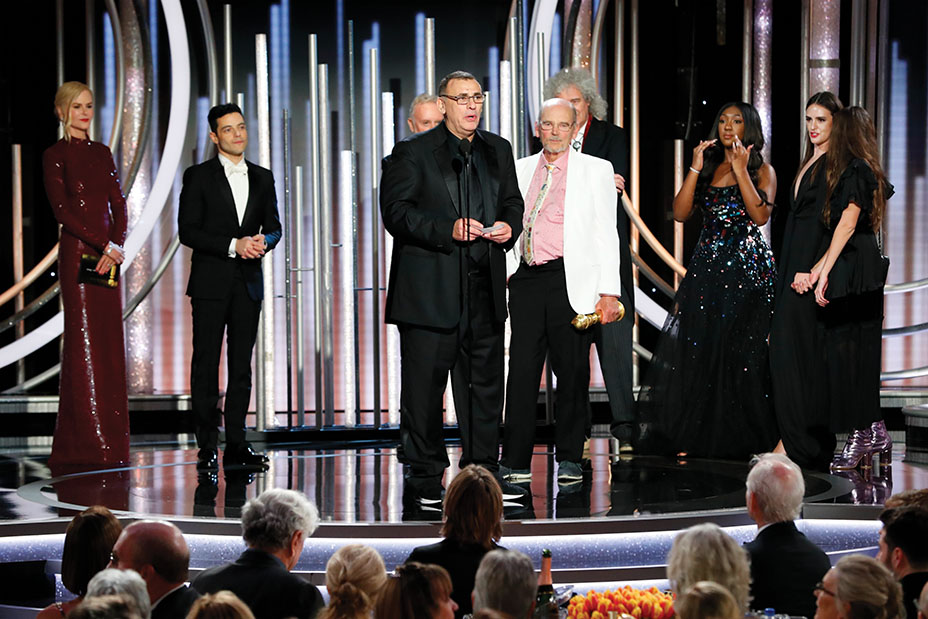 Bohemian Rhapsody’s journey to the big screen began nearly a decade ago when King convinced Queen members Brian May and Roger Taylor to let him produce a movie about the iconic 1970s and ’80s band. The project was officially announced in 2010 — with Sacha Baron Cohen, whom King had worked with on Martin Scorsese’s Hugo, attached to star as Mercury.

By 2013, however, Cohen had dropped out over creative differences. The project encountered more hurdles when Dexter Fletcher decided not to direct. Ben Whishaw, who had been interested in replacing Cohen as the film’s leading man, also stepped aside.

King, who became obsessed with Mercury as a kid growing up in London, remained determined. Anthony McCarten delivered a new script in 2015, with the new working title Bohemian Rhapsody. King then found a home for the project at New Regency and 20th Century Fox, with Bryan Singer hired to direct. King and his team also found their leading man — Mr. Robot‘s Rami Malek. Denis O’Sullivan, who works with King, called King back to Los Angeles to meet Malek. A six-hour session ensued. Malek next recorded himself on an iPhone emulating one of Mercury’s interviews and sent it to King, who had returned to London. 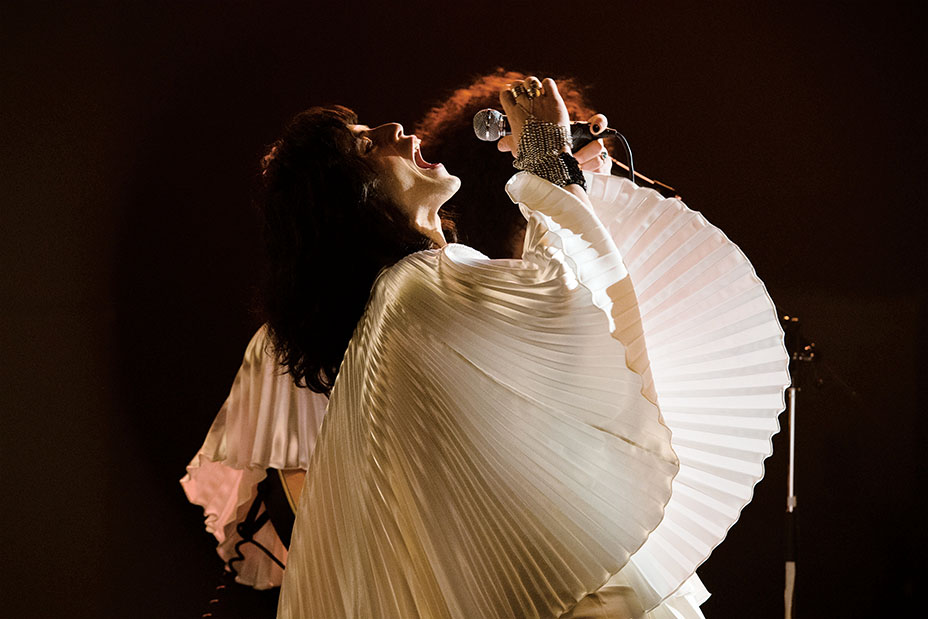 “Immediately there was no reservation whatsoever [about playing Mercury],” Malek told THR. “It was pure elation and euphoria. And then the reservations kicked in. What I knew I needed was time, because you’re asking me to embody and encapsulate a human being who is, quite honestly, otherworldly. He is almost superhuman. He walks onstage with a cape and a crown, and he might as well be the Marvel character of rock stars.”

King has noted that no one was officially set to star as Mercury until Malek. “It was just a lot of talk — there were a couple of actors who wanted that role.”

Bohemian Rhapsody was fast-tracked in 2016 by Fox and New Regency at a budget of $52 million. In spring 2017, King dispatched Malek to London to rehearse at the famed Abbey Road Studios. The plan was for him to sing some of the songs in the movie, along with Mercury sound-alike Marc Martel (Mercury’s own voice is featured the most). “I asked Graham for singing lessons, piano lessons. And what I really knew I needed was to capture his spontaneity,” recalls Malek. “I just had to find his humanity and discover all the sides of him, because I knew there was more to Freddie Mercury than a man who holds an audience in the palm of his hand.”

No one could prepare, however, for the drama yet to unfold as shooting got underway in September 2017. Word of erratic behavior on the part of Singer reached Fox executives in Los Angeles, along with reports that Singer and Malek were clashing. Sometime around Dec. 1, Fox film chairman-CEO Stacey Snider took the extraordinary step of firing Singer with just weeks left on the shoot (this was before fresh allegations of sexual misconduct were raised against Singer in January). Fletcher agreed to step in and finish the shoot, though he would get no credit alongside Singer.

“My job was to protect the film at any cost,” King, speaking alongside other PGA-nominated producers at a Jan. 19 breakfast, explained. “We were such a family by then. Rami was driving that train every morning … we just all did what we had to do to get the movie finished.”