The 1990s-set characters in Little Fires Everywhere and Buffy the Vampire Slayer apparently have the same taste in jewelry. Bay Area artist Peggy Li created jewelry pieces for Reese Witherspoon and Kerry Washington’s Hulu show, some of which are identical to chokers she designed for Buffy.

Little Fires Everywhere, with new episodes debuting on Hulu every Wednesday, is based on the book by Celeste Ng that’s set in Shaker Heights, Ohio, in the ’90s. For the series, Li was tasked by costume designer Lyn Paolo to create several custom, retro pieces for the teenage cast, which includes Pearl Warren (Lexi Underwood), Lexie Richardson (Jade Pettyjohn) and Trip Richardson (Jordan Elsass).

The jeweler sent in “Love” and “Lexie” alphabet necklaces (fans can purchase their own for $39), along with a puka shell necklace for Trip, a felt flower necklace and an illusion Swarovski crystal necklace. The same floating choker design ($49) was previously seen on Sarah Michelle Gellar on Buffy. 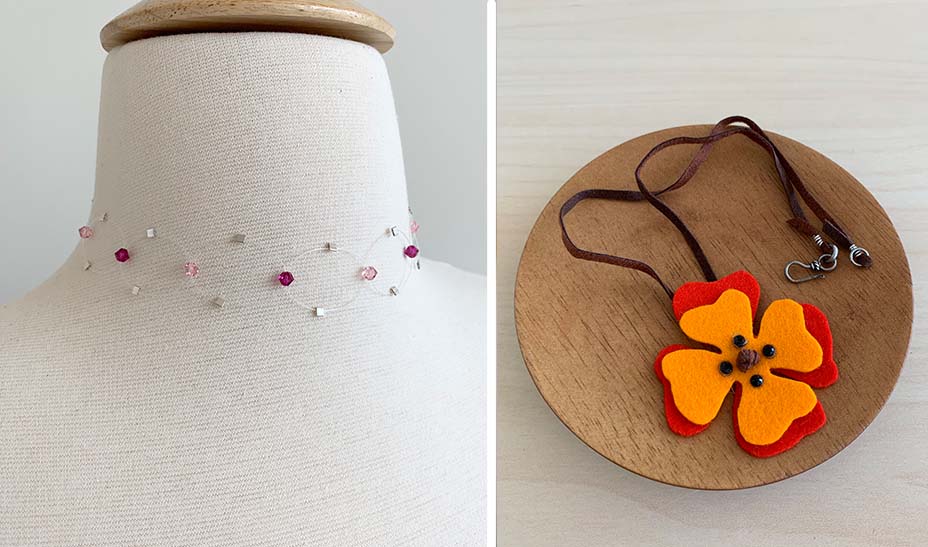 Li got her start making television jewelry by mailing out some handmade items to Buffy costume designer Cynthia Bergstrom. “Weeks later, I get a phone call,” Li tells The Hollywood Reporter. “She tells me, ‘Oh, by the way, I gave your name to a reporter from USA Today. They’ll be calling you, I hope you don’t mind and please send us any other jewelry that you have.’ That was really the beginning.”

Through word of mouth and her own grassroots marketing, Li’s gems have since appeared on series such as Jane the Virgin, Empire, Riverdale, Why Women Kill, Arrow, Elementary, The Vampire Diaries, Pretty Little Liars, All American, The Bold Type and The Flash. 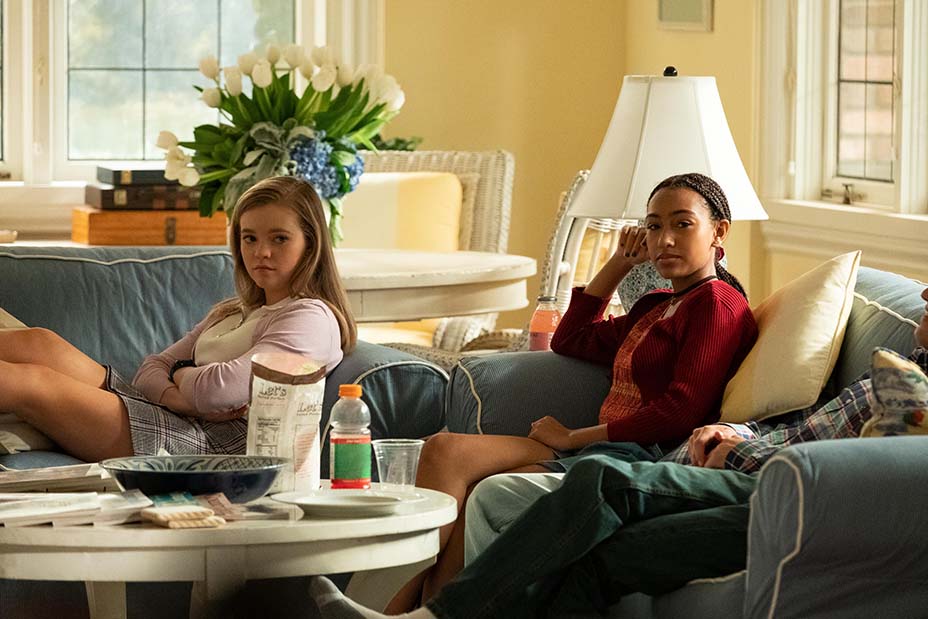 Li had already sent pieces to Paolo for Scandal and How to Get Away With Murder. When it came time for Little Fires Everywhere, Paolo asked: “Do you have anything that would be appropriate for teenagers, from the late ’90s?” Li explains, “This was actually an unusual process, because she sent me character breakdowns and said, ‘What do you think you’d make for these different people?’ I didn’t sketch, but I pitched what I had in mind. For me, [it was] going back into my own archives and thinking, ‘What was I making back in the ’90s?'”

She looked back at the chokers she’d made for Buffy, and also drew inspiration from Brad Pitt, who wore plastic beads reading “Jen” (a nod to his date, Jennifer Aniston) to the 2000 Emmys. “If Lexie is this ‘cheerleader with bright colors and is a super-popular girl,’ I thought to myself, ‘Oh, I think a name necklace would be something that the popular girl would rock,’ because she has all this self-confidence,” Li says. 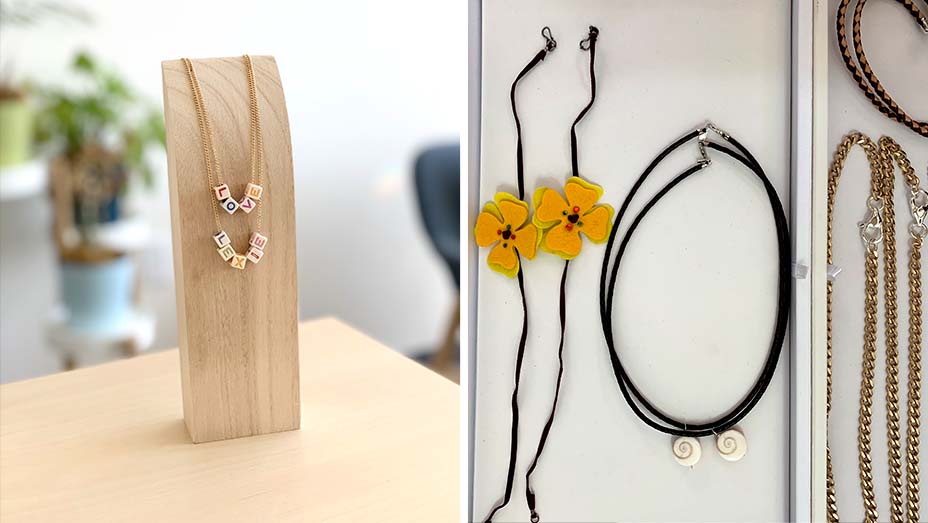 Paolo described Trip as a jock and suggested a puka shell necklace: “It was a specific request. I dove into my own stash of stuff and that’s what I came up with — leather, a lot of natural materials from back in the day.” After Paolo greenlit Li’s descriptions, she whipped them up in about a week.

The crew ended up purchasing all of the pieces after the package arrived. Li’s business model varies depending on the production, but she typically charges the wholesale price (half the retail value) for sets. Some crews buy jewelry from the start; others receive the package, send back items they don’t want and buy the rest; and for some shows, she might gift jewelry.

Li never knows for sure what will end up being used until she sees trailers or episodes. “It’s definitely fun for me to see where things end up, if they end up,” she says. “When I first moved to Los Angeles, I wanted to be a screenwriter, so I wanted to be a part of the industry in some way.”

Other custom projects have ranged from Pretty Little Liars (when the costume designer asked for a simple, small and dainty earring for a close-up) to recreating one of Prince’s metal belts for Empire in 2017. “The characters were having a party that was Prince-themed, and they wanted me to re-create a belt that Prince wore on his Lovesexy tour,” Li says of the belt, which she made over 10 days with chains and charms, including a heart and the male/female symbol. “It appeared for maybe a millisecond on the show, but that was a really fun project to try to re-create something so iconic.”

To this day, Buffy remains one of her most exciting projects. “You can’t beat the original. I was a huge fan of Buffy and loved the show,” Li says. “I couldn’t believe something I’d made with my own hands was being worn by Sarah Michelle Gellar on the show. That was definitely mind-blowing.”