Traveling light is the best. You feel freer,” says CNN anchor and host of CNN Tonight Don Lemon, whose frequent work trips have made him a master of efficiency when it comes to packing.

“I challenge myself to not overpack and to take classic things that I can interchange,” says Lemon. His luggage of choice is a weekender bag on a shoulder strap that goes on the plane with him, along with a backpack for his work papers, laptop, headphones, sunglasses and other personal items. “I don’t like wheelie bags that much. If I’m going on a long trip, I’ll bring one, but I check it.”

Lemon, 52, makes quick jaunts to the West Coast for talk show appearances, to report on breaking stories and to cover the Oscars. A native of Baton Rouge, Louisiana, he says his classic style, rooted in his upbringing, gives him all the versatility he needs when traveling. “I grew up on preppy: white bucks, blue blazers and khaki pants. My style hasn’t veered far from that because I think it’s classic.”

His workplace also sets the tone. “I work for the iconic worldwide news brand and have to present myself a certain way there,” says Lemon. “I don’t like a lot of frills, and I think a man should look like a man. A classic suit with a peak lapel is beautiful. I have to wear a suit every day, and I grew up loving to dress up. I couldn’t wait for Easter or whatever so I could wear a suit. I wore suits to church every Sunday.” 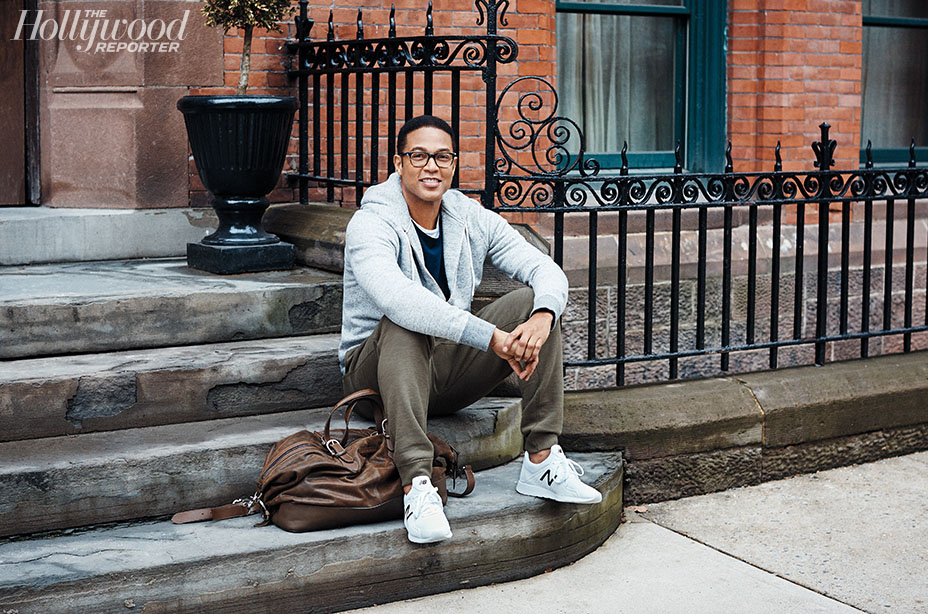 For trips to Los Angeles, Lemon usually builds his travel wardrobe around that old-school standby, the crewneck sweater. “It’s kind of my uniform. Don’t tell anybody,” he says with a laugh. “You can put a crewneck sweater on by itself and it’s casual. If you put a shirt under it, that dresses it up a bit, and on top of that you can wear a blazer and that gives you another look. It’s so versatile.”

Lemon, who lives in Harlem with boyfriend Tim Malone, a real estate agent, will pack a couple of the sweaters with his jeans and khakis. Adding a few button-downs and T-shirts, he has all the looks he needs. He trades his New York footwear — Chelsea boots and lace-ups — for white sneakers. “Absolutely, the West Coast is a little less buttoned-up,” he says. “I’ll put on a T-shirt with a blazer or jeans and white sneakers with no socks. If I’m out interviewing folks, I’ll just put on a blazer with a shirt or T-shirt under it.” 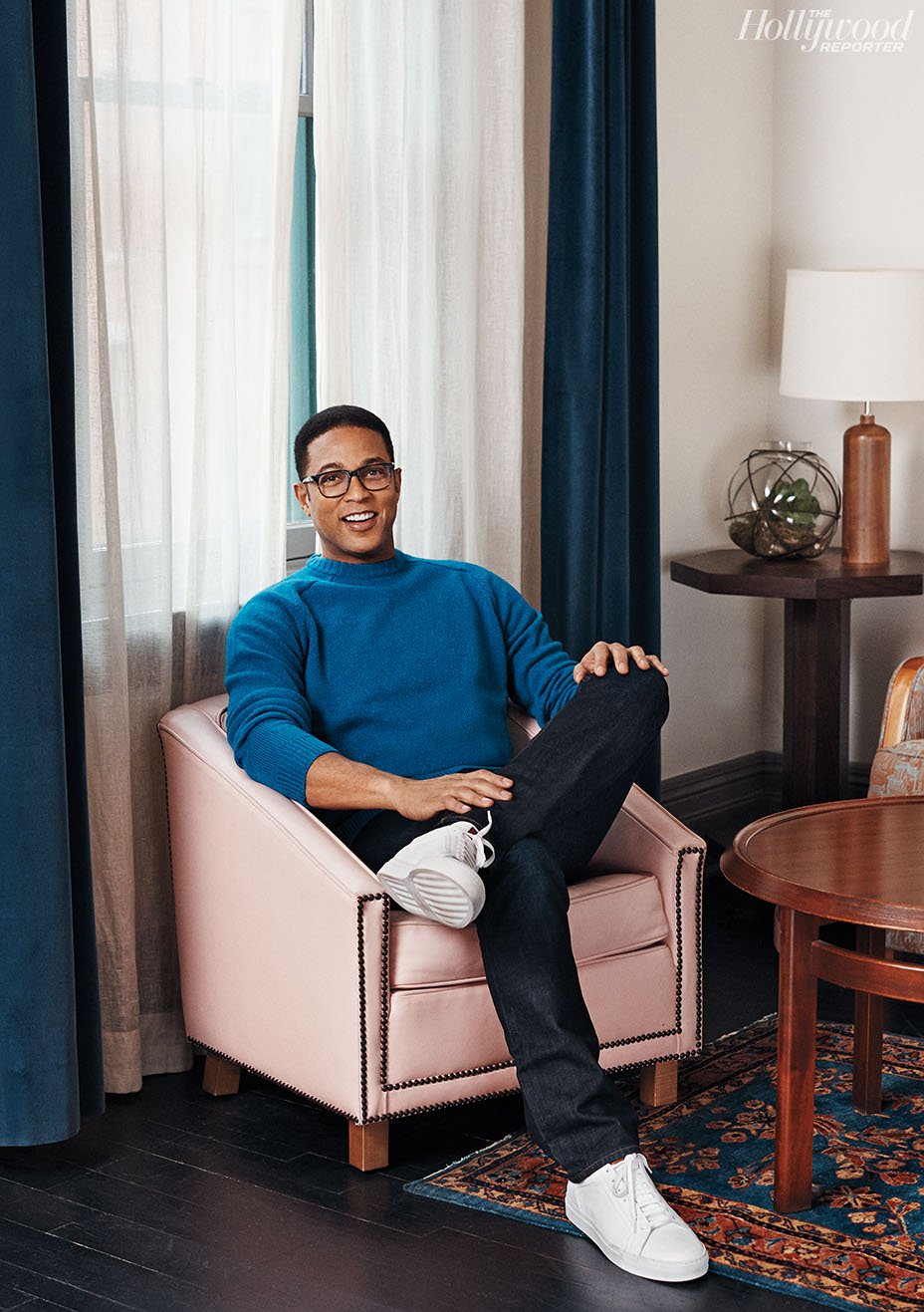 For the Oscars, of course, he’s attired in a tuxedo. Lemon has discovered that even his tailored clothing can be packed in an over-the-shoulder bag. “I usually roll the suit in the bag and then shower-steam it in my hotel room while I’m showering.”

Lemon eschews the typical leather dopp bag and packs a toiletry kit made of see-through mesh with leather trim that he says he’s “had forever. So I can see where my toothpaste is and where my face stuff is. It’s a flat bag. You can mold it around your clothing.” 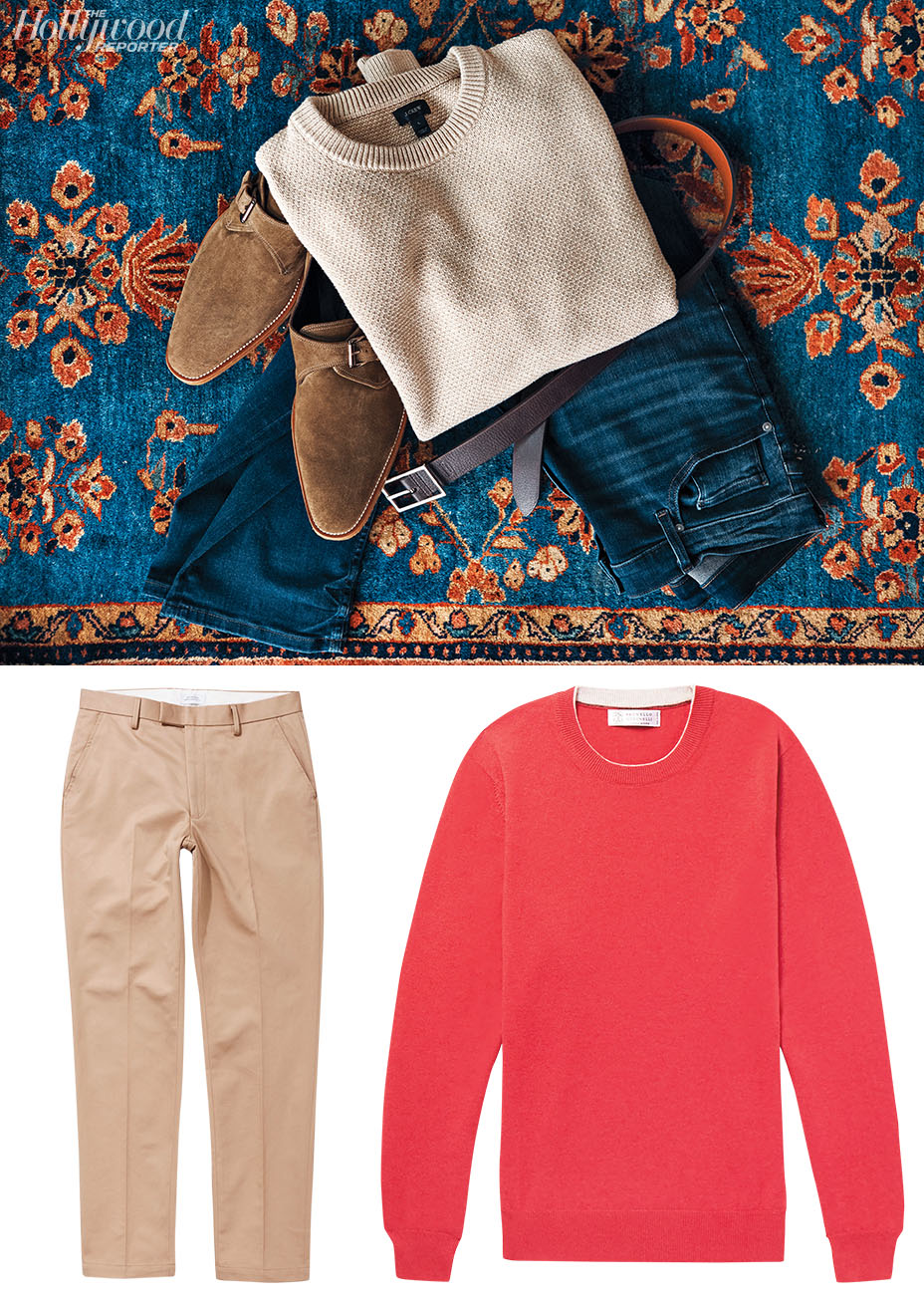 He may be a minimalist when it comes to packing, but, coming from the visual medium of television, Lemon is a stickler for silhouette. “I love things that are fitted. It’s always about cutting, like when they say, ‘You cut a nice shadow or a nice profile.’ That’s really, really important, especially in New York.”

What’s anathema to Lemon is what he calls a “slouchy” look — anything disheveled or ill-fitting. While he might wear a pair of tapered sweatpants on the airplane, Lemon still wants to look classy as well as comfortable.

“I sometimes wear jeans to the airport and change to my sweatpants on the plane and then, before I get off, I put my jeans back on,” he says. “I don’t like it when people dress like slouches. I think sometimes guys think that they can get away with it. But no, you should always present your best self to the public. Plus, it makes you feel better.” 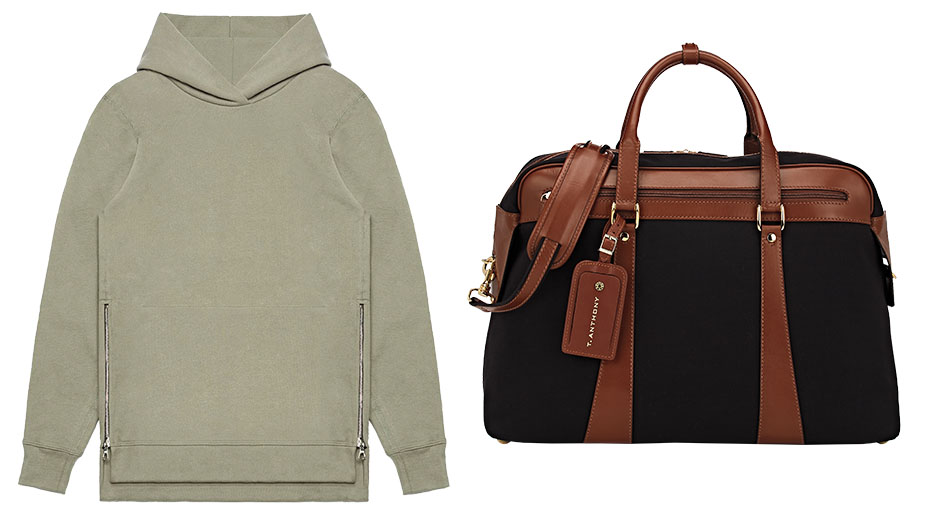