John Layman is a writer who likes to surprise his audience. That attitude explains why he’s crossing over his critically acclaimed space horror series Outer Darkness with Chew, his fan-favorite series about a FDA cop, despite the two stories being separated by seven centuries — the first issue hit shelves this week — and it also explains why he’s sticking around in the world of Chew after the three-part series is over for something altogether different.

The Hollywood Reporter talked to Layman about bringing two unlikely ideas together, and just what Chu is going to be when it begins this summer.

The obvious place to start is… where did the idea of crossing over Outer Darkness and Chew come from? Not only are they unlikely choices for stories to crossover, they’re actively difficult to put together: They take place in different centuries and on different planets! You’re clearly not afraid of making life difficult for yourself.

Sarah Harvey Joins Made Up Stories as 'The Undoing,' 'Anatomy of a Scandal' Production House Expands Into U.K.

Going into Outer Darkness, I knew it was going to be a skewing of various horror and sci-fi tropes. The idea behind Outer Darkness is each issue is a self-contained mini sci-fi and/or horror movie, that tells a larger story as it goes. So I have the mad-slasher issue, the it-was-a-dream-but-it-can-still-kill-you issue, the pregnant-with-the-demon-baby issue.

And then there was the idea for Outer Darkness/Chew, which leans more sci-fi, but is a trope that will be super familiar to anyone with just a passing knowledge of Star Trek. But again, what that central concept is won’t be obvious until next issue… Issue No. 1 was all about setting things up and introducing or reintroducing everyone.

Bearing in mind that we’ve not seen your masterstroke just yet, something that’s surprising from the first issue is that, despite the unlikeliness of the crossover, it works. Going into it, were you confident that you knew where the connective tissue was?

I’ve done a fair amount of weird crossovers over the years — Judge Dredd vs. Predator vs. Aliens, Marvel Zombies vs. Army of Darkness, Chew/Revival, Red Sonja/Claw — so I didn’t really go into this intimidated by the differences between the properties.

Being co-creator of both certainly made it easier. But mish-mashing two seemingly different things isn’t something that gives me a lot of pause. To me, that’s the fun of comics, and what comics can do better than any other medium.

A crossover like this always acts as a way to introduce fans of one property to the other, and vice versa, and I feel like bringing [Chew co-creator] Rob Guillory and [Outer Darkness co-creator] Afu Chan to play together really underscores that. I don’t want to ask if you felt like a proud papa seeing them both on the same book, but I’m curious what it was like watching them collaborate like this.

No collaborative relationship is same, and it’s different with both Rob and Afu. With Rob, there is more of a comfort zone. We did this together for a very long time, and it’s something you get used to and miss when it’s gone. So it was great to see new pages, and have that “the band is back together” jam session feeling of familiarity, and it’s a good feeling.

With Afu, there is more of a palpable excitement. Other than Mike Norton on Chew/Revival, nobody has drawn Tony Chu and his supporting cast in a comic, and there’s always that initial uncertainty, “Can Afu pull it off? Can he do justice to characters that have been so definitively defined by Rob Guillory?” And, fortunately, the answer is yes. Afu is a monster talent, and I am constantly in awe of his work on Outer Darkness, so I guess I shouldn’t have been surprised that he pulled it off, so brilliantly and (apparently) effortlessly.

And, yes, I’d be thrilled if this crossover put more eyes on Outer Darkness. Comics time moves fast, so there are very likely readers who will discover Chew because of this crossover, and that’s great, too, but if I could get more Chew readers on board, that would be a very good thing.

This crossover is just the start of a new era of stories for what you’ve called the “Chewniverse” — you’re going to be sticking around there after Outer Darkness/Chew wraps up for Chu, a new spinoff title with artist Dan Boultwood, centering on Saffron, the sister of Chew’s Tony Chu. Is this a case of you realizing what you could get up to while working on the Outer Darkness crossover and deciding to keep going, or did this idea come first? (Note: Look below for a preview from the first issue of Chu.)

Outer Darkness/Chew and Chu are two very separate things, and for a person incapable of doing too many creative things at once, it was important that Outer Darkness/Chew came first. More than anything, it is a coda to Chew, an afterword, and a goodbye. I’ve said this before, but OD/Chew is not the last Tony Chu story, but it’s the final one. It was necessary to come first, to make way for Chu, which is a totally new thing, the story of Saffron Chu.

The closest comparison I can readily think of to Chew and Chu is Breaking Bad and Better Call Saul — two series set in the same universe, with obvious connections, but widely different in pace, tone, even structure. Chu will be that to Chew, but not a prequel. A story that spins out of the early days of Chew and then runs concurrently, but unlike Saul, which gets closer to Breaking Bad with every episode and season, Chu will spin out of Chew and get progressively further away, hopefully forging its own identity as something completely new and different and distinct.

As surprising as both the crossover and Chu may be just in terms of even existing, it’s perhaps just as surprising to see you return to the world of Chew at all. You’re a creator who doesn’t rely on past glories, but keeps pushing forward and in the four years since you wrapped up Chew, you’ve continued to come up with new ideas — Outer Darkness being one of them — and worked with new publishers. What is it about Chew that brings you back for each of these new projects?

That’s a nice sentiment, but other than Chew, which seems more and more like a career aberration, I’m not sure I have any “past glories.” Chew was unlike any I’ve done before because of its scale, 64 issues set in a universe of my own creation, published by a publisher who gives me the freedom to do whatever the hell I wanted.

The world of Chew was too big and too much a part of me to let go. I always knew I’d return, but it was a matter of finding the right reason to return, to find a story or character that moved things forward and said something new. Both Outer Darkness/Chew and the upcoming Chu will do that. I never want to give readers what they expect. 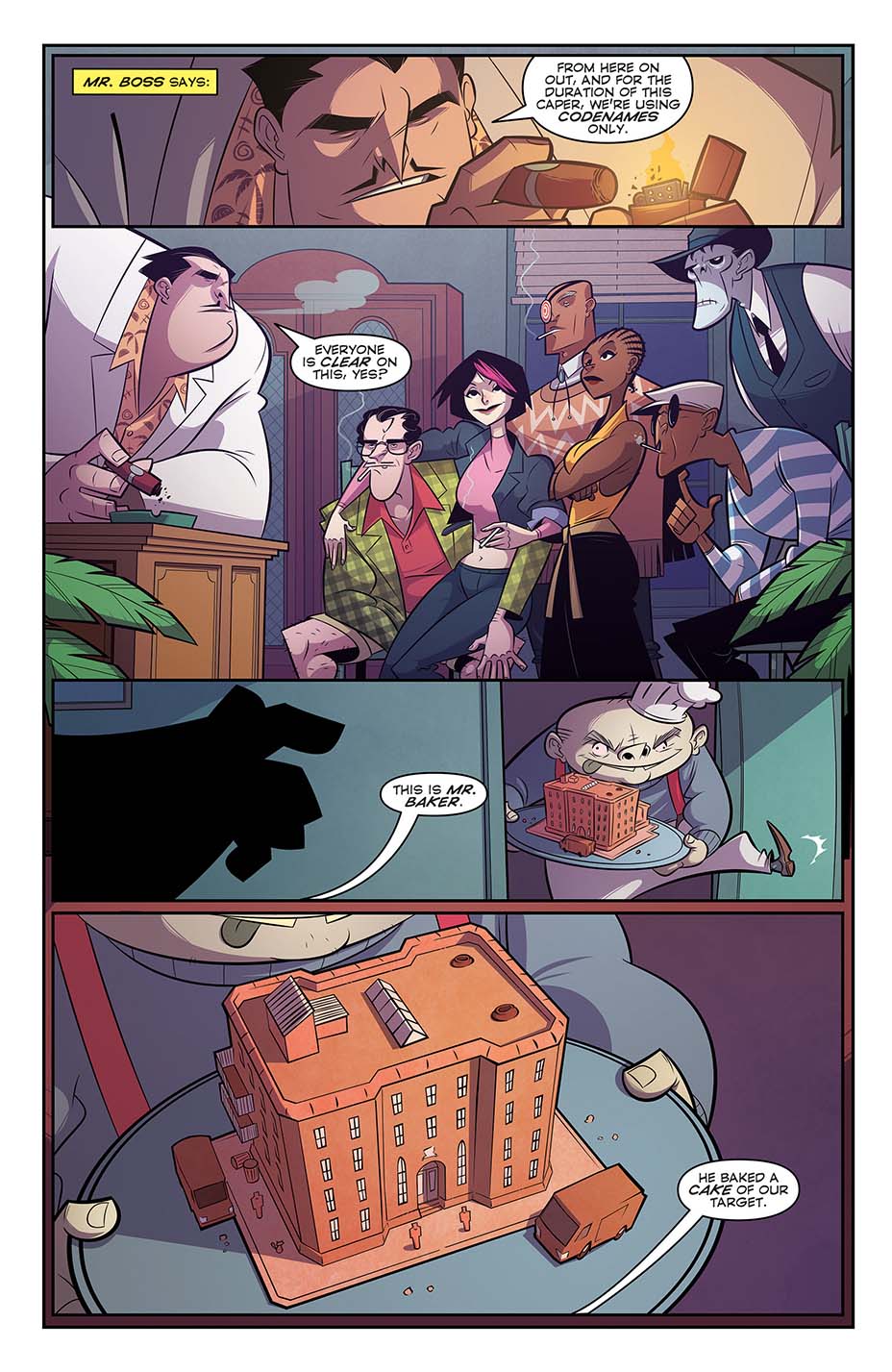 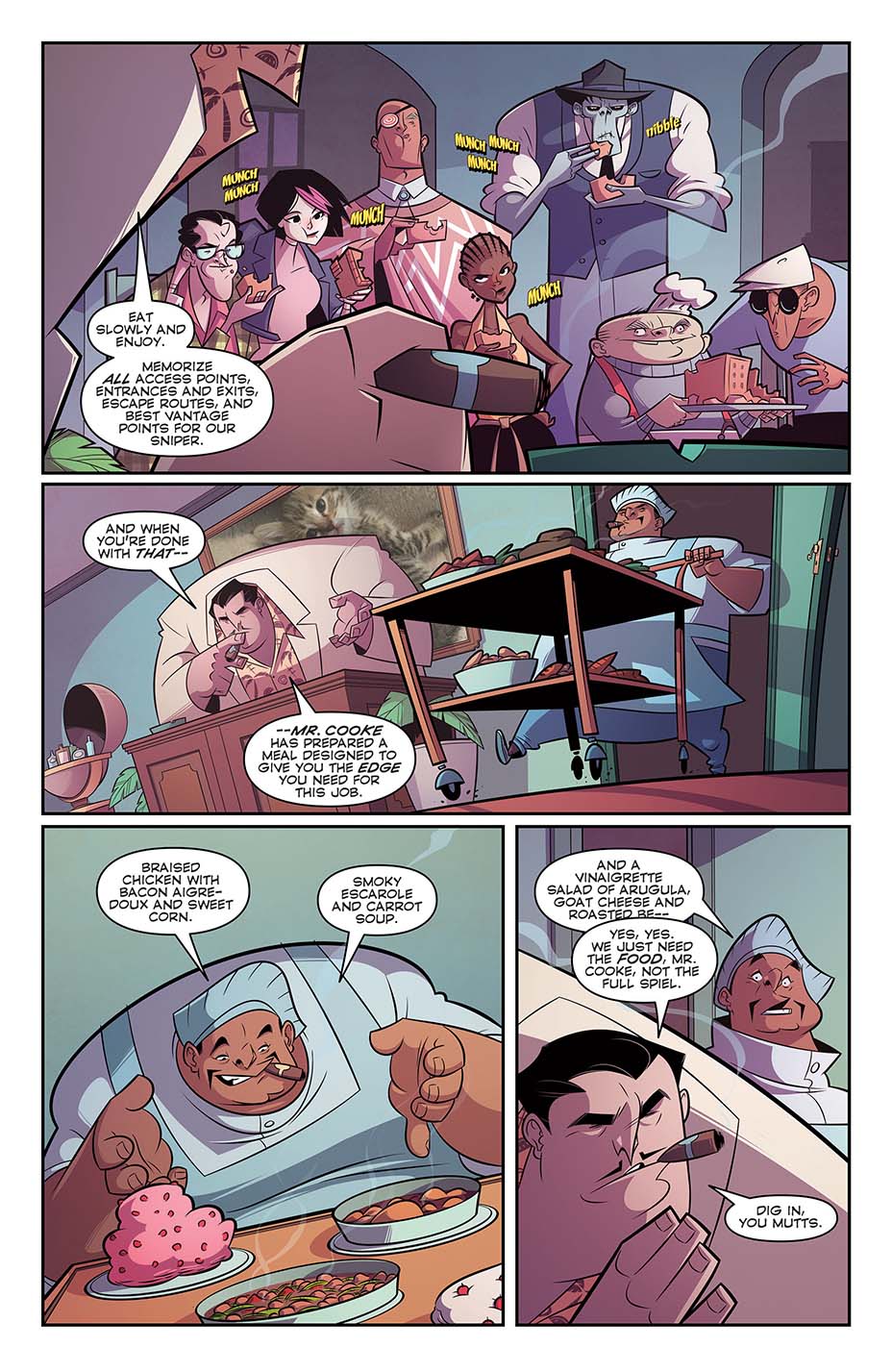 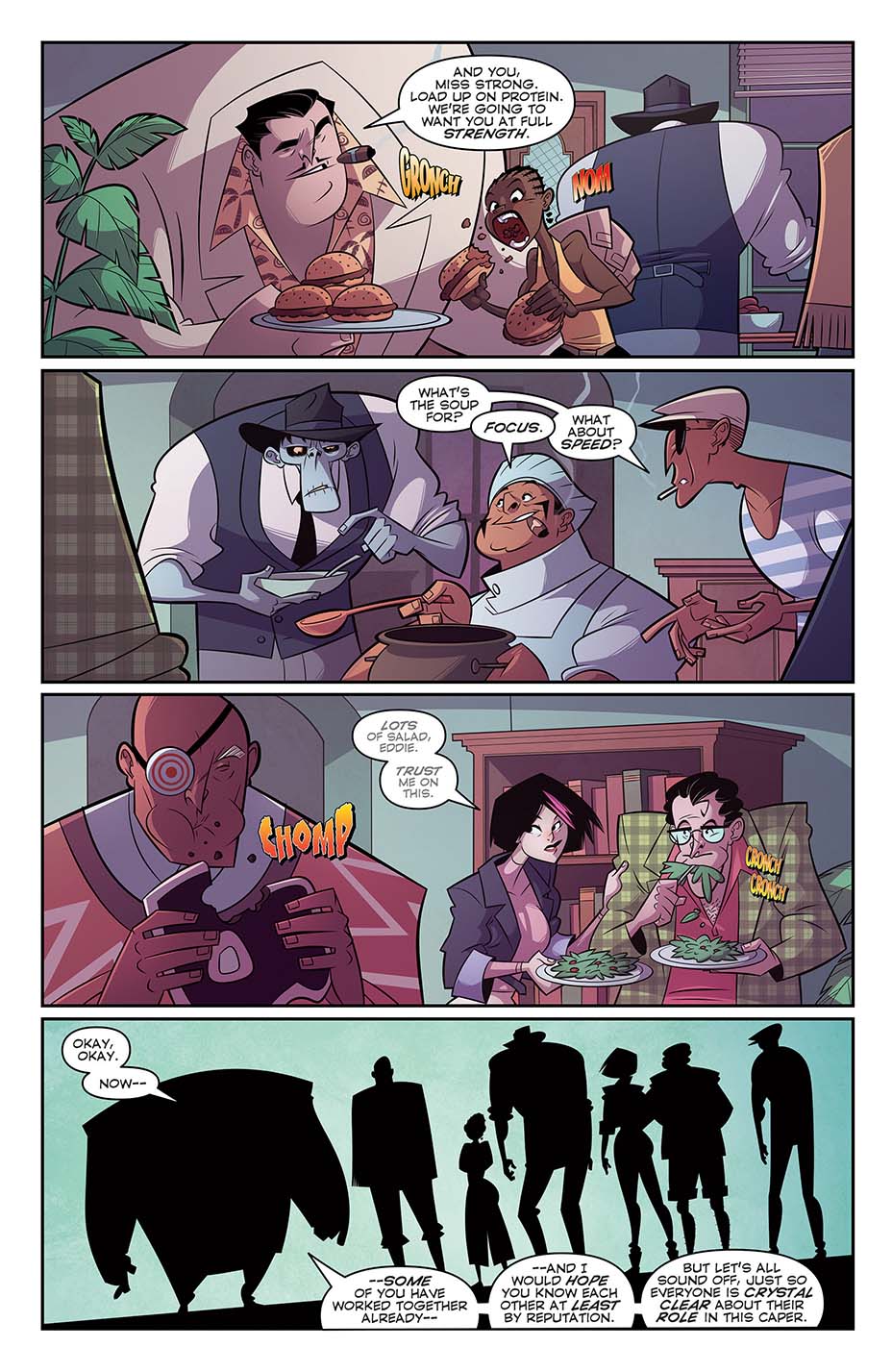 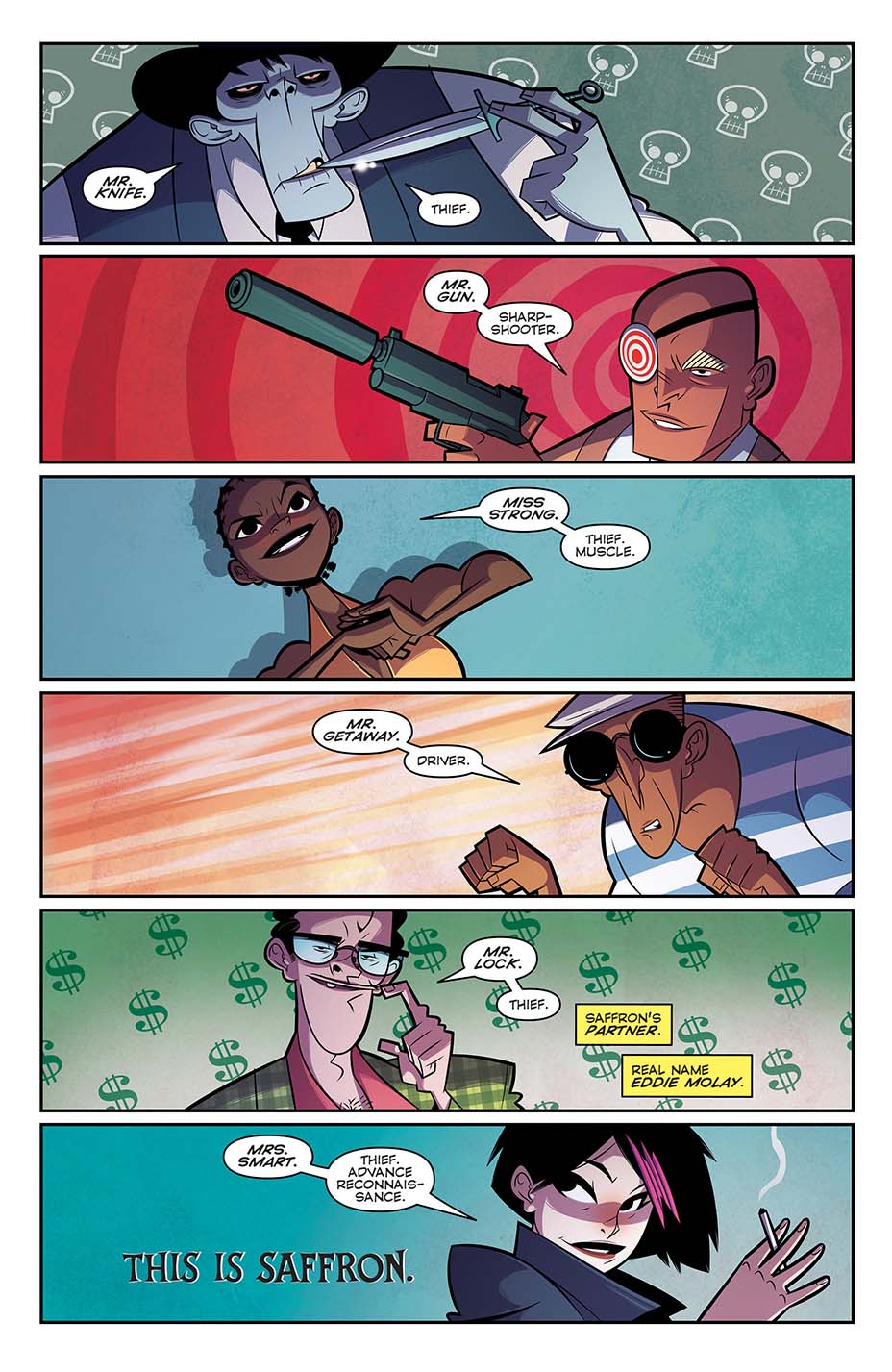 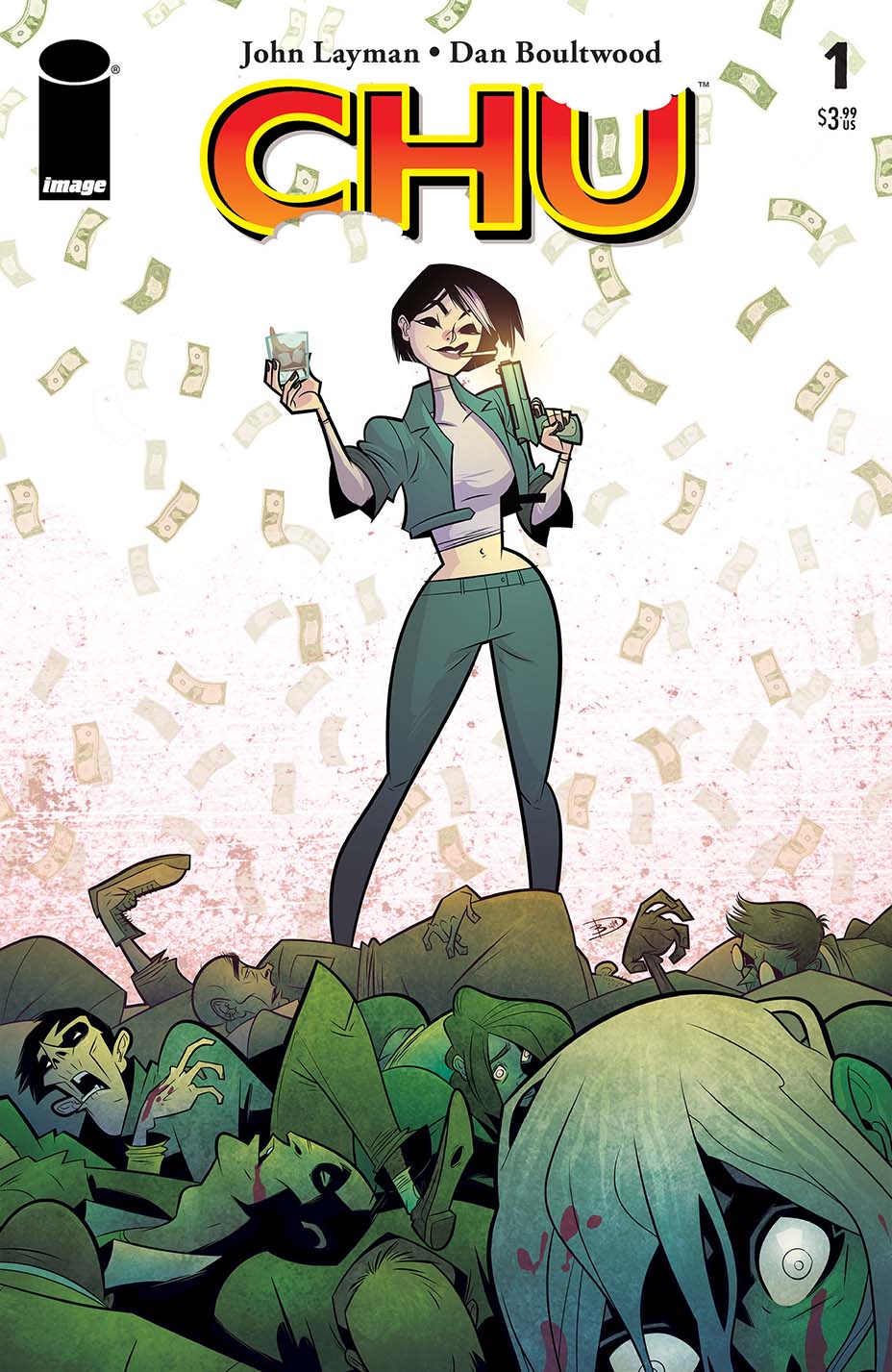 Outer Darkness/Chew No. 1 is available in comic book stores and digitally now, with new issues available monthly through May. Chu No. 1 is set to be released June 17.