Continue to The Hollywood Reporter SKIP AD
You will be redirected back to your article in seconds
Skip to main content
March 2, 2021 5:00am
Logo text

Video game developer King on Tuesday revealed that mobile game Crash Bandicoot: On the Run! is set to launch worldwide next month.

Featuring familiar gameplay and an entirely new story with playable characters Crash and his sister Coco, the free-to-play game offers an adventure in the runner genre with recognizable bosses — each with their own music theme — and characters from the iconic platformer franchise, as well as memorable regions (also with their own musical accompaniment) such as Temple Ruins, Turtle Woods and Bear It.

The franchise celebrates its 25th anniversary this year, having first been introduced in 1996. “It felt like the right time,” Stephen Jarrett, vp of game design at King, tells The Hollywood Reporter of the decision to bring the game to mobile devices. “Crafting this game and pulling from its rich history has been super exciting.”

He says that the idea of the storyline is that there’s a multiverse with different Crash and Coco characters from different universes that have come together. Players can join teams, take part in survival runs, leagues and competitions to win new costumes and rewards. “We’ve gone quite deep with a clan based system,” says Jarrett.

On that note, social features will be embedded throughout the whole experience, such as a chat function where players can interact and further their engagement. 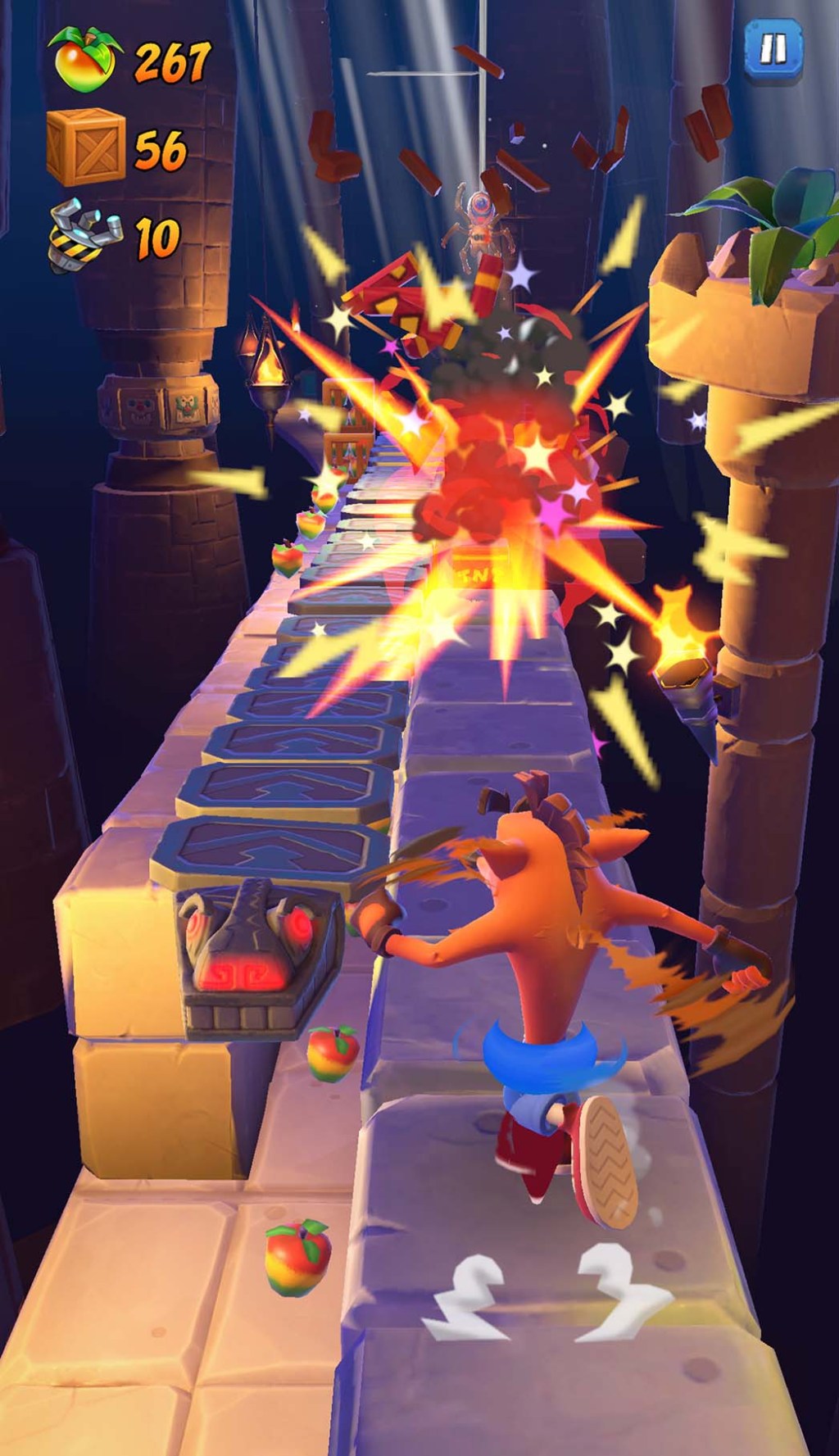 Jarrett, who has been at King for six years and working in game development for 25, says the team knew that they had an idea for how to elevate the runner experience, “and that was by adding in some really strong progression, lots of different changes from different lands, so the game was constantly evolving just like a console game would if you go through the different levels.”

With decades of material to draw from, Jarrett said that he started to look at which characters were particularly loved by fans, such as the evil ghost, Mr. Crumb. Due to fan demand, he appears in this game. And then there’s the pink elephant that was cut from Crash Twinsanity, who is given time to shine in On the Run.

The game is a pick-up-and-play style, intended for short bursts. “But then at the same time, there’s enough there that, if you want to have a longer experience, you can do all these different challenges and runs and I think that’s what makes the game super interesting,” says Jarrett. Resources can be collected in the lands, and there are challenge runs, timed trials and more.

A challenge along the way was simply making it feel like a Crash game,” says Jarrett. “It has to control really well on so many different mobile devices, it has to run incredibly smooth but look incredibly beautiful, so we’ve been working really hard on scalability just to make sure that he spins and moves smoothly throughout the game.”

The team includes developers who have worked on Candy Crush and other King franchises. “I think what King understands really well is that it just understands how to make a game that is purely free-to-play,” says Jarrett. He goes on to explain that offering an accessible game to a wide audience was a goal, and that’s where the idea of community and listening to players came in. “You’re building a game with your community, and I think that’s the best way that you can grow.”

Internally at King, Jarrett says that this game is referred to as “the crashiest Crash game ever,” because it’s the one place “where you can just constantly pull in from different games and characters and lands.”

Crash Bandicoot: On the Run! will be available March 25 on Android and iOs devices.

Quavo Previews 'Crash Bandicoot 4: It's About Time': "Still Got That Same Feel"