The first time I saw Crazy Rich Asians, I wept with disbelief at the sheer marvel of seeing English-speaking Asians like myself fill every frame. Many reviews have commented on how the narrative explores the identity crisis of being Asian American, constantly having to justify your existence in both worlds. Others complained that the first all-Westernized Asian movie in a quarter century focused on an elite Chinese family and failed to capture the experiences of billions of individuals in a global diaspora. Still other takes simply praised the movie for its hilarious and swoonworthy qualities, including one of the most breathtaking wedding scenes ever committed to celluloid.

To me, the film is indeed a wildly entertaining romp as well as a celebratory milestone for my people. But Crazy Rich Asians also uncannily reflects the journey of my own matrimonial experience, the first film I’ve ever seen do so.

I got engaged without my parents’ blessing, a situation that isn’t easy for anyone but often is acutely traumatic for Asian Americans, cursed with the contradictory values of filial piety and following your heart. Art imitates life, and so the war between love and family has become one of the most common conflicts in the Asian American canon, from Ang Lee’s The Wedding Banquet to Minhal Baig’s Hala, and Crazy Rich Asians is no exception. Rachel Chu (Constance Wu) and Nick Young (Henry Golding) are in love, but Nick’s mother, Eleanor (Michelle Yeoh), does not approve. It’s a classic trope: Boy loves girl, parents forbid it, the end. 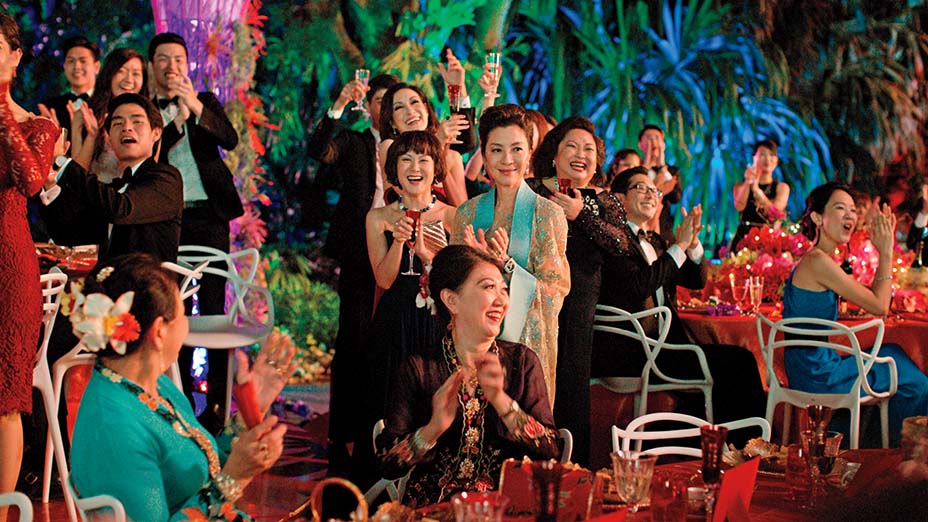 In the now-iconic mahjong face-off with Eleanor, Rachel lays out the stakes, in which nobody wins: “If Nick chose me, he would lose his family. And if he chose his family, he might spend the rest of his life resenting you.”

My own dilemma was confounding to many people, who were baffled as to why I hadn’t managed to move beyond my parents’ opposition. Most Hollywood stories offer a simple antidote: Follow your heart! Boy and girl run off together, leaving disapproving parents in the dust. The all-American version of Crazy Rich Asians ends with Rachel accepting Nick’s first proposal — screw Eleanor, fade to black.

But as Nick says in the film, “Ever since I can remember, my family has been my whole life.” I grew up with a deep understanding that whatever ambitions my parents harbored for themselves were sublimated into opportunities for their children. In turn, out of a cocktail of love, gratitude and guilt, I have made many life decisions for their sake, including earning a graduate degree and ending past relationships. But I found myself unable to give up this one.

Crazy Rich Asians is the first time I’ve seen my specific conflict taken seriously, treated with the existential gravity that pinned me to my bed most mornings. I wept when Rachel discarded her winning mahjong tile in order to hand Eleanor the victory — it was strength through deference, the most Asian action I’ve ever seen in an American movie. I watched the film over and over, looking for clues that would unlock my parents’ own approval, but in the movie, the key lies with Rachel — and I’m Nick.

“I’m Rachel,” Mike quietly said to me after we saw the movie for the first time, at an early screening in April 2018, a month after he proposed to me. Unlike me, he hadn’t read Kevin Kwan’s novel and was blindsided by the triggering parallels to our own story. At each viewing, every time Eleanor corners Rachel on the stairs of Tyersall Park and delivers the devastating line, “You will never be enough,” the muscles in his arm would tense.

My mother is Eleanor, having given up so much for her child’s sake. Instead of pursuing her own career (with Eleanor, it was law; with my mother, fashion), she left her family and country of origin to support her husband’s journey and to give her children the best odds of success. It’s both a completely selfless and a selfish love, single-minded in the pursuit of a child’s everlasting contentment and a willingness to be ruthless to others in order to protect that.

But my mother is also Kerry, Rachel’s mother, the woman who has persevered through relentless physical and emotional labor for my entire lifetime, raising two children and now the caregiver of my disabled father, and reassuring me over and over that she doesn’t regret a moment of it.

My mother is Kerry and I am Rachel when we lie side by side in bed, our tears eventually dissolving into laughter.

My mother is Eleanor and I am Nick when, divided over my loyalty to a significant other that she could not abide, we no longer know how to occupy the same physical space in the context of our newly estranged relationship, so many unsaid words and so much pain hanging in the air between us. 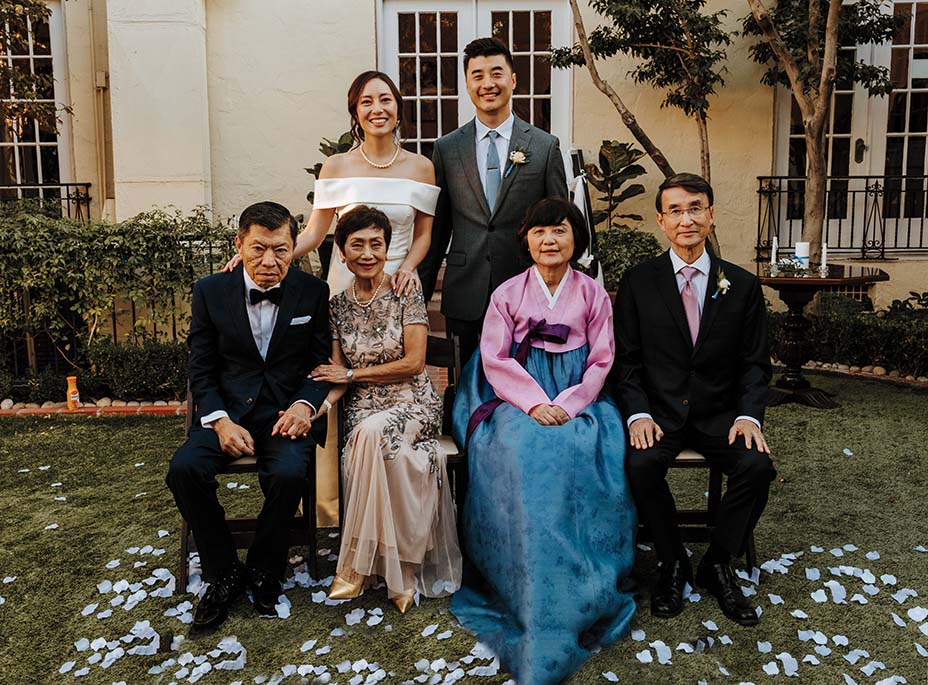 I am Waverly and my mother is Lindo from The Joy Luck Club when I tell her, through tears, “You don’t know the power you have over me.”

I am Billi from The Farewell when my mother retorts, “What do you want from me? To scream and cry like you?” to explain her stoicism is not an absence of pain.

My mother is Marion and I am Lady Bird when our emotions turn on a dime because she just can’t help being honest about my flaws: “I want you to be the very best version of yourself that you can be.” That’s not a villain’s motivation; it’s a mother’s.

Mike is Nick and I am Rachel when, in gaze, word and touch, he makes me feel like the leading lady in a Hollywood romance.

I am Nick when I tell Mike, in fits of pique, that I’ll ditch my family forever and start a new life with him. He is Rachel when he considers giving me up to preserve my family.

“Your parents will come around once they see how happy you are with him,” my friends reassured me. But Chinese culture has millennia on American culture, and, like Eleanor, my parents understand happiness to be a fleeting emotion. “We build things that last,” Eleanor tells Rachel.

The term that the Chinese use in context of marriage and family is xingfu. It is simply translated as “happiness” but to me connotes something much deeper, more like “everlasting contentment.” It is the phrase that Katherine Ho sings in the Mandarin “Yellow” cover that closes the film, as Rachel and Nick kiss after he secures his family’s blessing.

Mike’s proposal to me was heartfelt, personal and romantic (much more thoughtful than Nick’s hasty initial proposal to Rachel on the Esplanade Park steps). He had arranged for friends to film the whole thing, and it looks picture-perfect — one knee, Getty terrace, surprised tears. Happily ever after. But when we watched Crazy Rich Asians a month later, and I saw Nick get down in economy class and propose to Rachel a second time, I sobbed. As soon as I saw Eleanor’s ring in the box that Nick presented — finally, a sign of his mother’s consent — I realized my truth.

I took off my engagement ring after that screening of Crazy Rich Asians. Mike and I were still together, but I didn’t know how to complete my joy without my family’s blessing. Perhaps my taking off the ring was a gesture of hope that someday I’d put it back on in more harmonious circumstances. Or perhaps I couldn’t delude myself anymore: Without my family on board, I was just too Asian to live happily ever after.

The most poignant art can offer not just a mirror to but also a road map for our own lives. We search for solutions to our real-life problems in the stories that most closely reflect our own experiences. In Crazy Rich Asians, the love of my life and I sought a fictional resolution to the conflict that had locked all of us in a miserable stalemate.

Fifteen months after Mike originally asked me to marry him, my parents came around. Explaining the full story would take a book, or at least another essay, but it involved a series of sudden losses in the family that reminded all of us that life can be unpredictably short as well as a mutual refusal to give up on the hope of eventual reconciliation.

Mike and I were married in early November. My mother lit the unity candle, and my father grasped my hand as my brother brought him up the aisle. It wasn’t exactly Araminta’s magical watery bridal entrance, but as I walked toward my love, flanked on both sides by our closest family and friends, to me it was sacred and perfect. We had found our path to xingfu. 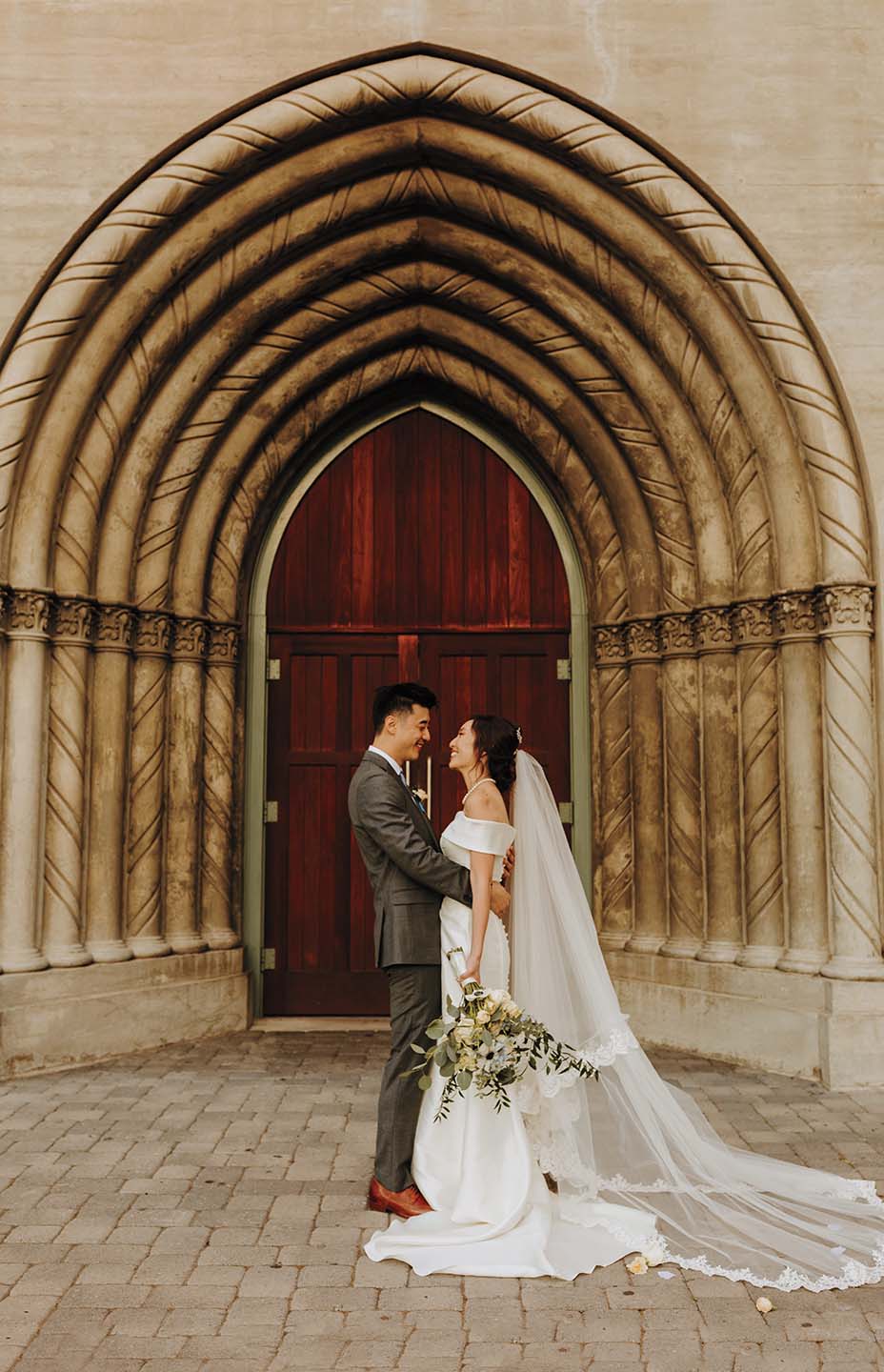