Alex Garcia only has fleeting memories of his grandfather, the famous Mexican actor Arturo de Cordova, who died when Garcia was 7. While he later watched his grandfather’s films, he never considered himself a cinephile. But after 18 years as a banker, he quit his job in 2006 and started a new career, launching the Mexico City-based AG Studios, a holding company for entertainment interests. Today, he’s one of the top film financiers and producers in Latin America and over the past couple of years has been expanding into English-language cinema. Partnering with former CAA agent Laura Walker, he also launched AG Capital (partnering with producer Scott LaStaiti on a movie about a New Jersey lawyer whose daughter was killed in a 1995 suicide bombing). These days Garcia shuttles between homes in Malibu and Latin America, where he spends six months of the year and where he will be recognized with the visionary award at the first Winston Baker Los Cabos Film Investor Summit (co-presented by THR, an event partner).

What made you want to get into the entertainment business?

You financed and produced Desierto alongside Alfonso Cuaron and his son, Jonas, who directed the film. How did the project come to you?

I’ve known Alfonso and his brother, Carlos Cuaron, for a long time. I was in Aspen for Christmas several years ago and Alfonso called me about another project, and along the way the conversation deviated to his son’s script. He ended up saying, “Why don’t you just help us produce this movie?” It was a nice bet and the risk was very small. Now, Desierto is Mexico’s entry for the Oscar for best foreign-language film. 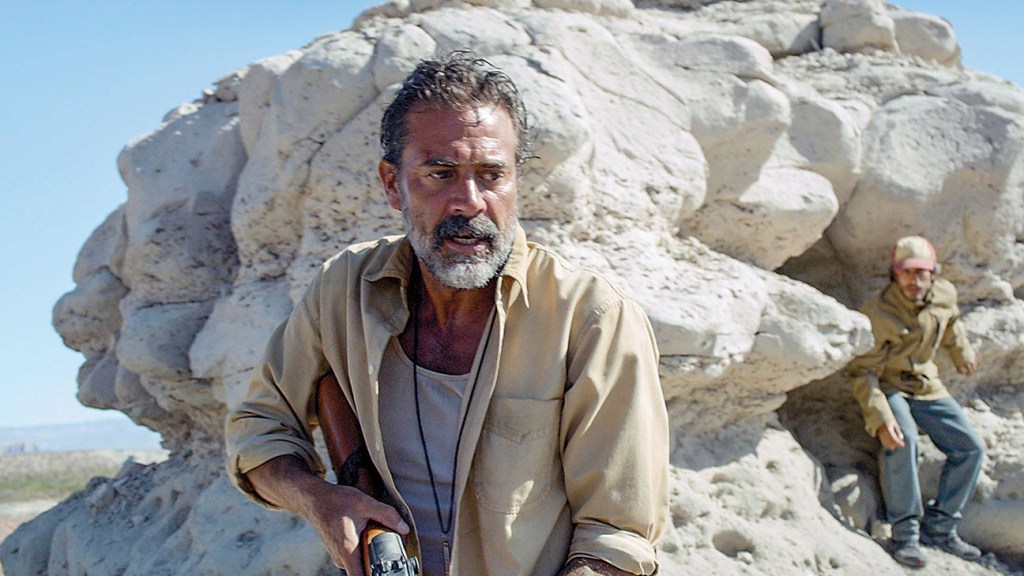 Desierto is about Mexican migrant workers crossing the U.S. border. What are your thoughts on Donald Trump’s call to build a wall?

(Laughs.) I think the whole thing started as a joke on his part, and then the joke became real. He just wanted press. My take? It would be the worst thing for the U.S. to have a president that has no political knowledge, regardless of whatever financial experience he has.

You have a production facility in Colombia, among other places in Latin America. What do you make of America’s obsession with Pablo Escobar and Narcos on Netflix?

The U.S. has this thing about money and how people make themselves rich. But some of these movies and shows make him almost likable, which is a misrepresentation. I know a lot of people that knew him or had some kind of encounter with him. He’s a person who blew up buildings or airplanes and killed a lot of people along the way.

Do the Hollywood studios underserve the Spanish-language audience living in the U.S.?

They don’t understand the audience, and I don’t think the Spanish-language market in the U.S. really exists. The people that can pay for movie tickets are usually second- or third-generation Spanish. If they saw a movie completely in Spanish, I’m not sure they would even understand it. When you are talking about the first generation — the ones who have just arrived from Latin America — 90 percent of the money they make, they send back home. There are Latin themes that could be exploited, but they have to be made in English.

Why did you decide to move your family to L.A.?

I’d been making about 20 movies a year in Latin America and decided I had a big enough library. People know me there. I wanted to start doing bigger movies, and one of the ways I thought to do it was come to L.A. But really, I moved here to bond with my four daughters. It’s a simple equation. In Mexico City, they could leave the house whenever they wanted. They can’t so easily do that in Malibu.

3 SPEAKER HIGHLIGHTS OF THE SUMMIT

Julie Taymor
The acclaimed stage, film and opera director will deliver the summit’s first keynote Nov. 10, “The Art of Storytelling Across Cultures.”

Stuart Ford
The founder and CEO of IM Global is a keynote speaker. On Nov. 10, he will address the impact of globalization on the film business.