Beijing, China’s capital, is fast building a futuristic metropolis with striking architecture, landmark attractions (like the $7.4 billion, 1,600-acre Universal Studios debuting in 2020) and a standout dining scene. A magnet for A-listers, Aman Summer Palace (suites from $400) boasts a private entrance and exclusive access to the Summer Palace, an imperial garden in the Qing Dynasty. “Having a peek at the park in the early morning is one of a kind,” says The Help and recent Matt Bomer starrer Walking Out producer Brunson Green, who ran into Rosamund Pike there. Aman Resorts new, signature Japanese dining experience, Nama, which debuted at four properties this past fall, will arrive in Beijing early 2018.

Rosewood Beijing is the company’s first of four planned hotels in China (including the recently opened Rosewood Sanya on Hainan Island, in Guangzhou and Hong Kong). Chock-full of Asian art and artifacts, the 283-room property beyond the gated entrance offers two bars, four restaurants and a Jaguar XJL house car to get around the city. While shooting The Fate of the Furious, Vin Diesel did a Facebook Live video from his suite (from $333), stating: “I rarely, rarely, rarely, rarely shout out a hotel but as you can see where we are here, this is pretty remarkable.”

Peninsula Beijing recently unveiled a dramatic renovation. The number of rooms (from $335) was reduced to 230 from 525, doubling the size of every accommodation, now the largest in Beijing. Designed to feel like the interior of a luxury private yacht, each suite boasts materials reminiscent of ancient palaces (including jade, white marble and bronze) and imperial design themes, such as the hexagon, a repeating motif. Dolce & Gabbana hosted a fashion show on the lobby’s grand staircase in April. Producer Ying Ye of Easternlight Films (an arm of Arclight Films) watches hit Chinese movies at Taikoo Li, Sanlitun, one of Beijing’s “It” spots: “Compared with reading the market research numbers, sitting in the theater with a Chinese audience is a great way to know the Chinese film market.” Ying always has Peking duck at Dadong (where the Obamas have dined) and Beijing Yan, which features a live opera show. The Great Wall, at minimum an hour and a half drive from downtown, attracts A-listers, including Tom Brady, who visited with his son in June, as does the Forbidden City, of which ex-NBA star (and Green’s boyfriend) Jason Collins says, “The grounds are beautiful.” In November, American Airlines launched direct flights between L.A. and Beijing, a 13-hour trip on the 787 Dreamliner with 28 full lie-flat seats in business class ($2,905 round-trip). 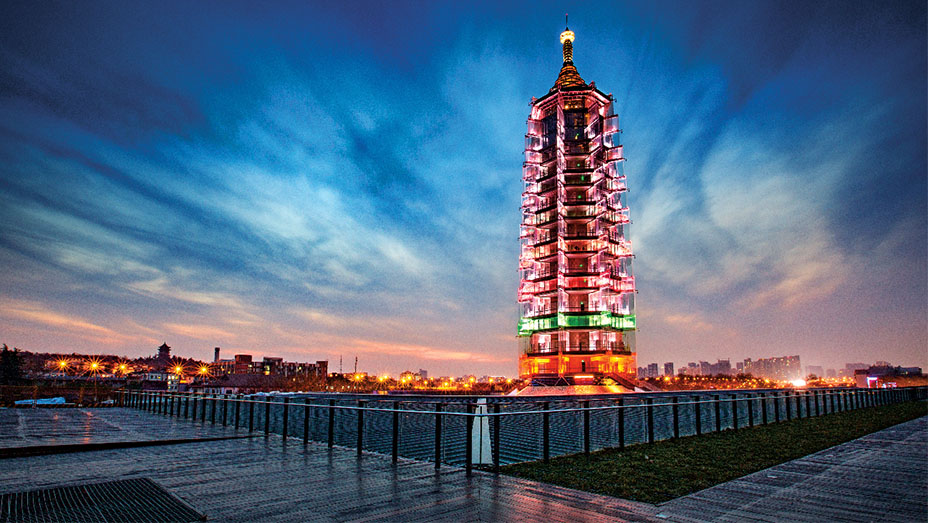 NANJING A two-hour flight away (China Eastern flies direct), this bastion of traditional culture is replete with museums and sites like the Ming Dynasty tombs. Plan your visit around the opening of Nanjing Green Towers in early 2018, a vertical air-purifying forest by famed architect Stefano Boeri. The project is expected to absorb 25 tons of carbon dioxide every year while producing 130 pounds of oxygen daily, a boon for the city’s air quality. Stay at The Grand Mansion (from $311), which overlooks the Presidential Palace courtyard. Nearby, Jumeirah Nanjing is currently under development; the 250-room hotel is designed by the late, great architect, Zaha Hadid. Additionally, The Ritz Carlton, JW Marriott, Banyan Tree and Kempinski are in the pipeline for 2020.