The Dolemite Is My Name audition came to Da’Vine Joy Randolph in 2018 like countless others had — with little time to prepare and virtually no information about the project. The Tony nominee (for Ghost the Musical) and Yale School of Drama grad did not know, for instance, that the movie was a passion project Eddie Murphy had been trying to get made for years, that he was set to star as 1970s comedian Rudy Roy Moore alongside a who’s-who of black comedic stars (Wesley Snipes, Chris Rock, Tituss Burgess). She did know, however, that the part she was up for was a character named Lady Reed — a fact she shared with her father, a school administrator in Hershey, Pennsylvania (her mother is a teacher).

“My dad was like, ‘Whoa, whoa, whoa. Dolemite and Lady Reed?’ ” Randolph says. ” ‘Those are legends in our culture. You go in there and be a black woman in all of her richness.’ ” Armed with her father’s advice — and after finding the seminal blaxploitation movie Dolemite on Amazon’s Brown Sugar channel — Randolph nailed her multiple auditions for director Craig Brewer’s tale of the 1975 film’s hilariously disastrous shoot.

In the movie, which is in theaters and arrives Oct. 25 on Netflix, Randolph plays Reed as a stereotype-subverting comic who becomes Moore’s protege and romantic partner. Before this breakout turn, which earned her a standing ovation at the Toronto Film Festival, Randolph had played a series of TV roles including a recurring part on Empire, one on Showtime’s On Becoming a God in Central Florida and another on Zoë Kravitz’s upcoming Hulu series, High Fidelity.

Randolph didn’t meet Murphy until the first day of shooting Dolemite, but the comic soon put her at ease. “He said, ‘You’re a trained actor and that is a viable resource,’ ” Randolph recalls. “I quickly understood, I’ve got to meet this man toe-to-toe to the best of my abilities.”

On the male-heavy set, Randolph advocated for a nuanced portrait of Lady Reed — to show that she was Moore’s confidante and, as a single mother earning a paycheck through her wit and wiles, a powerful figure. “The director, writers, cast — it was all men, the whole set,” Randolph says. “I felt a responsibility as a woman to impart this information.” 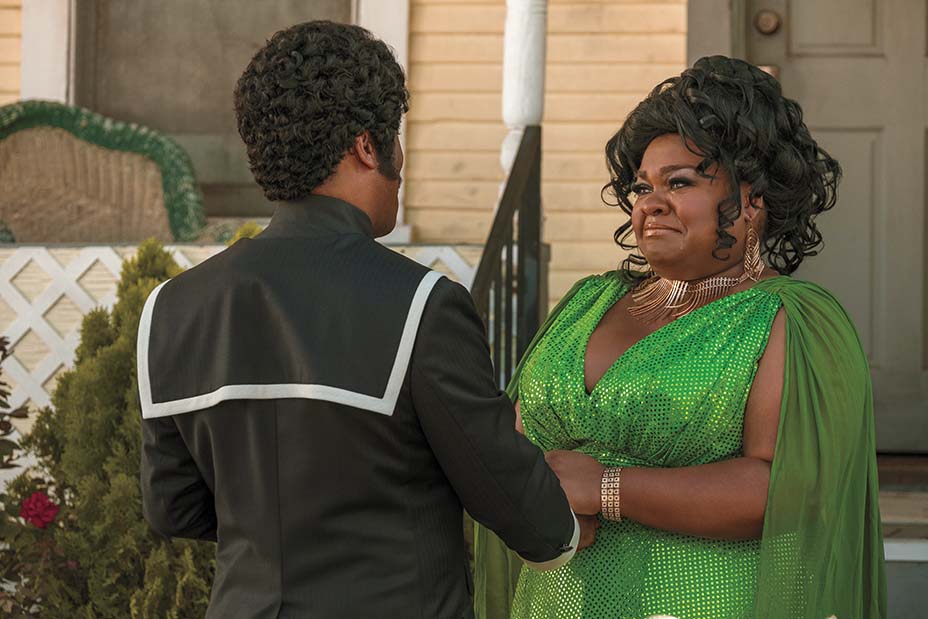 Another creative female force was key to Randolph’s comfort on the film: Oscar-winning Black Panther costume designer Ruth E. Carter. During their first encounter, Randolph burst into tears, she recalls. “I was like, ‘You don’t understand, you’re it,’ ” Randolph says. “As a curvy woman in showbiz, it’s always daunting, what am I going to wear? Ruth empowered me. She made it so I just felt confident and good.”

After the Dolemite premiere, Randolph, who’s based in L.A., flew to Montreal to begin shooting Lee Daniels’ film about Billie Holiday in a role as the torch singer’s best friend. She’s also nursing some passion projects of her own — one on actress Pearl Bailey and another on gospel singer Sister Rosetta Tharpe (growing up, Randolph found her love of performing in the church choir). Another dream: “I would love to be in a for-real action film,” she says, “where we do not comment on my size ever.”

Toronto: Eddie Murphy Could Charm Audiences and Awards Voters With 'Dolemite Is My Name'