At the Dubai International Film Festival in 2015, Netflix’s Ted Sarandos spoke of the need for localized Arabic content, especially a “great scripted series about contemporary life in the Middle East,” to be given a global platform.

Two years later, an original regional project with international appeal and viewing potential — a Narcos of the Middle East (as cited in a MIPCOM panel discussion this year) — has yet to emerge. Instead, the flow has gone the opposite way, with two of the region’s most internationally renowned directors — both DIFF alumni — headed in the direction of Hollywood. And Dubai can accept some decent-sized applause for getting them there.

Hany Abu-Assad, the twice Oscar-nominated Palestinian filmmaker behind Paradise Now and Omar (which opened Dubai in 2005 and 2013, respectively), swapped the occupied territories for Canada’s snow-covered peaks in The Mountain Between Us, starring Idris Elba and Kate Winslet and released by Fox on Oct. 6. Meanwhile, Saudi director Haifaa Al-Mansour, whose critically acclaimed debut, Wadjda, became an indie hit in 2013 (and screened at Dubai the previous year), unveiled her romantic period drama Mary Shelley — starring Elle Fanning — at Toronto in September. IFC recently picked up Mary Shelley for the U.S., and Al-Mansour is currently shooting the Netflix comedy Nappily Ever After in Atlanta. 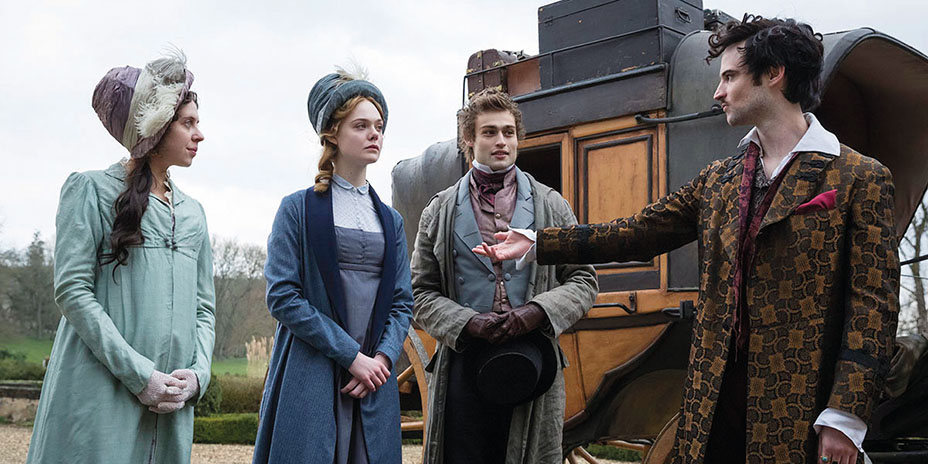 Both directors had backing from Dubai; Omar and Wadjda received financial support from the festival’s Enjaaz postproduction fund. And Wadjda began its journey in the scriptwriting labs of Dubai’s now-defunct Gulf Film Festival for emerging filmmakers. But there are also Middle East-to-Hollywood stepping-stone opportunities at DIFF itself.

“There’s a lot of interest from the world at the festival, so you can meet people who can be helpful to your career,” says Abu-Assad, who adds that in the year the festival screened Paradise Now, it had invited a number of the Hollywood Foreign Press Association members (the film won a Golden Globe).

The AMPAS focus on the event has only increased since then, with president John Bailey due to attend this year for a Masterclass (Cheryl Boone Isaacs was in town last time). Also this year, The Hideaway Entertainment, the new banner of former Bold Films and Mandalay Vision president Matthew Rhodes, will hand out an award to a Middle Eastern project.

“There is no better place in the region to hear from experienced film professionals from all over the world,” says Al-Mansour, who acknowledges that Dubai was her “springboard into the industry.”

But for Abu-Assad, the trick is to use Dubai to get Hollywood’s attention on your own terms. “Let them chase you!” he says, claiming that by combining a thriller with a romance in Omar, he convinced Fox he was right for The Mountain Between Us, which blends romance with survival. “If you do a good movie and you’re a really good filmmaker, don’t worry — they will come to you.”

In a country that prides itself on owning the superlatives for everything, be it towers (tallest), fireworks displays (biggest) or DJ relays (longest), and where five stars isn’t even the most a hotel can aspire to, it’s little surprise that the UAE’s airlines are regularly upping their “most luxurious” offerings.

Two years ago, it was Etihad, whose over-the-top “Residence” gave passengers willing to drop $32,000 for a flight between the U.S. and Abu Dhabi not one but three designer rooms in which to roam around, plus a Savoy-trained butler.

This time, it’s Dubai’s own Emirates, which recently introduced its new Mercedes Benz-designed first-class cabins on its Boeing 777s. Sure, you may only get one room, but at 40 square feet and with floor-to-ceiling walls and sliding doors, it still offers plenty of space and privacy. The configuration means not everyone gets a window seat, but Emirates has thoughtfully added cameras outside the plane so images can be beamed in real time to virtual windows inside windowless cabins. Then there’s the bed, which has a “zero gravity” setting, supposedly for a better night’s sleep, and the pajamas, infused with sea kelp to keep skin moisturized, because why not?

The new cabins aren’t due to be launched on L.A. routes until 2018, so they won’t be ready in time for execs traveling to Dubai’s fest this
year. But if you’re eager to give them a go, you can fly via Geneva or Brussels (from about $8,500 round-trip). 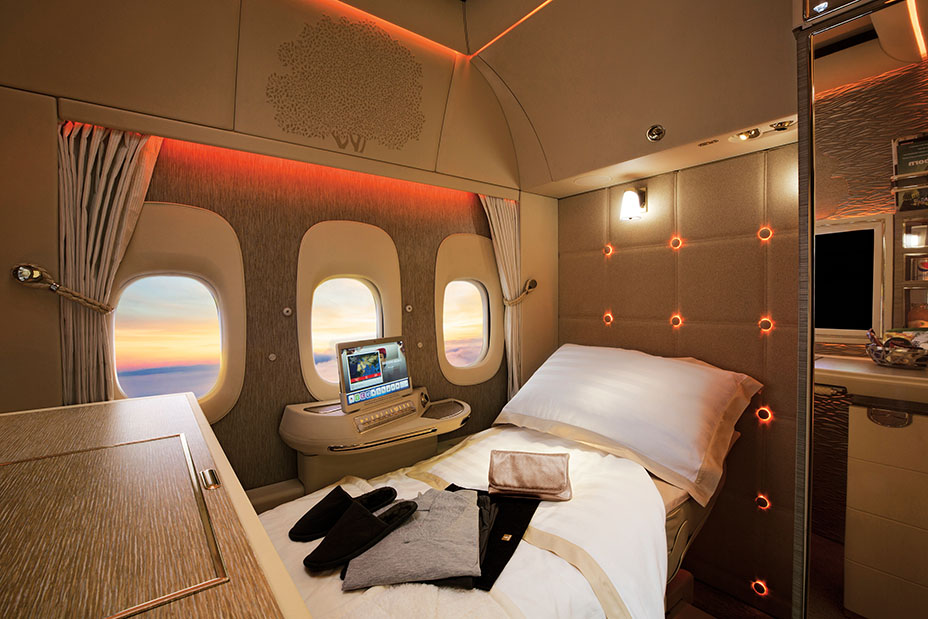