HBO’s Gen Z drama Euphoria first became buzzy for its depiction of male nudity. Then it turned heads for an unvarnished depiction of teenage life replete with suicide, drugs and trauma, and amassed 1.2 million viewers for the premiere. Now, renewed for a second season, Euphoria is still riding its wave with its beauty inspiration, just in time for awards season.

Starring fashion darlings Zendaya, Sydney Sweeney and Maude Apatow, the series zeroed in on key trends (from neon eyeshadow to rhinestone accents around the eyes) that borrow from the YouTube influencer world and Coachella festival season. Ahead of the Emmy Awards on Sunday, makeup experts weighed in with The Hollywood Reporter on the show’s continuing influence. The consensus is that contouring is out and eyeshadow is in, as glam squads plan to keep the face natural but add a pop of Euphoria shimmer. 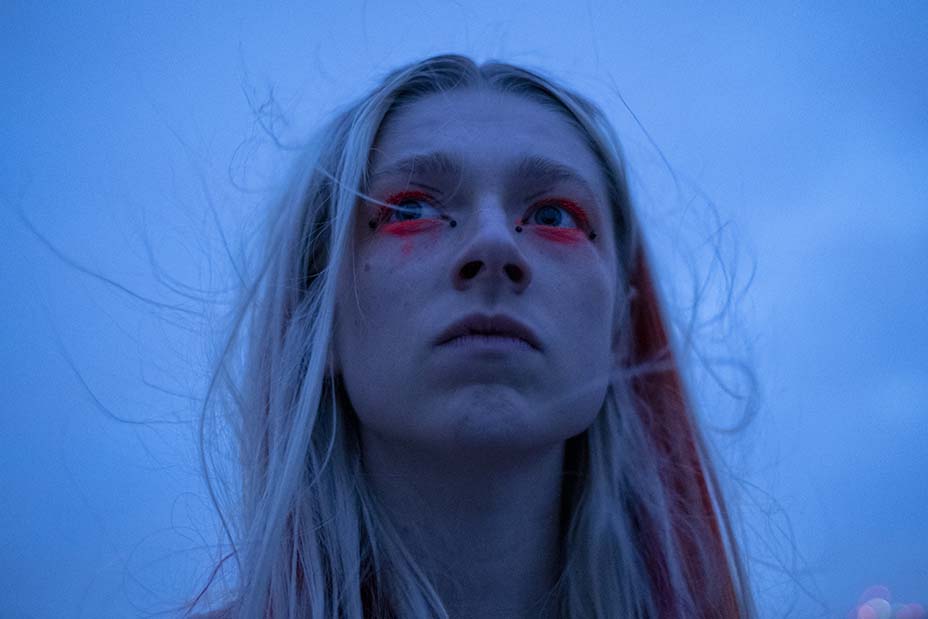 The series’ makeup department head Doniella Davy tells THR that she got most of her inspiration from Gen Z Instagram accounts, as well as the late 1960s aesthetic of supermodel Twiggy, Nina Simone (with her rhinestone eyebrow looks) and 1970s glam rock moments. “Gen Z is completely redefining what makeup can and should be used to do, by embracing a total freedom in expression and defying beauty and makeup norms,” says Davy. “I love seeing how these young artists and humans are flipping the whole idea of beauty and makeup on its ass.”

Creator Sam Levinson encouraged Davy to challenge existing makeup norms and “introduce a new makeup language,” she says, “a way of transcending mainstream archetypes and stereotypes and embracing a more fluid, boundary-pushing mode of self-expression.” Davy aimed to capture and reflect the way young people use makeup to express themselves and feel more represented (beauty is often seen as more inclusive than fashion with its sample size crowd — all sizes, colors and genders of people can use beauty products). On set, she used ColourPop eyeshadow palettes, Lemonhead glitter gels, Stila Shimmer & Glow Liquid Eyeshadow ($24), Suva Beauty Hydra Liners ($14) and all kinds of rhinestones purchased on Amazon. 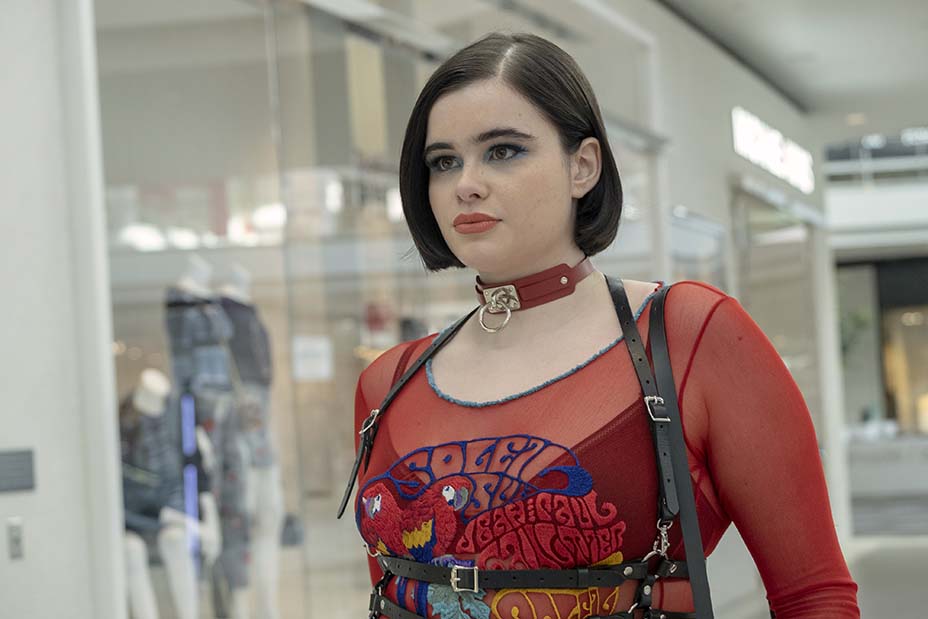 “When I think about how these looks could help and encourage people to become better acquainted and comfortable with their own self-expression, it fills me with creative energy and gives me visual ideas,” adds Davy.

Upon the show’s airing, it also became clear to her that the makeup had landed with an impact. Davy left Los Angeles with “this huge dust cloud of glitter behind me” for her next project, Amazon’s The Underground Railroad, in Savannah, Georgia, but she keeps checking social media to see the looks people are recreating and to read messages from Euphoria fans. “It feels like I’m living two lives at once. I love seeing others recreate the looks that my team and I did on Euphoria,” she adds. “It’s inspiring to see red carpet looks pushing the boundaries of typical makeup and beauty practices.”

Makeup brands from Stila to NYX have amped up their marketing of Euphoria-inspired looks and tutorials on how fans can re-create them. “The new Euphoria trend perfectly complements Chloé x Halle’s aesthetics,” makeup artist Christiana Cassell tells THR of her work with the singing duo on a beauty look to complement their Jonathan Simkhai outfits at the Teen Choice Awards in August. “With the girls, I have always tried to create statements with their eye makeup. They love wearing bold colors and graphic liner looks. Makeup doesn’t have to be so serious. It should be playful and fun.” 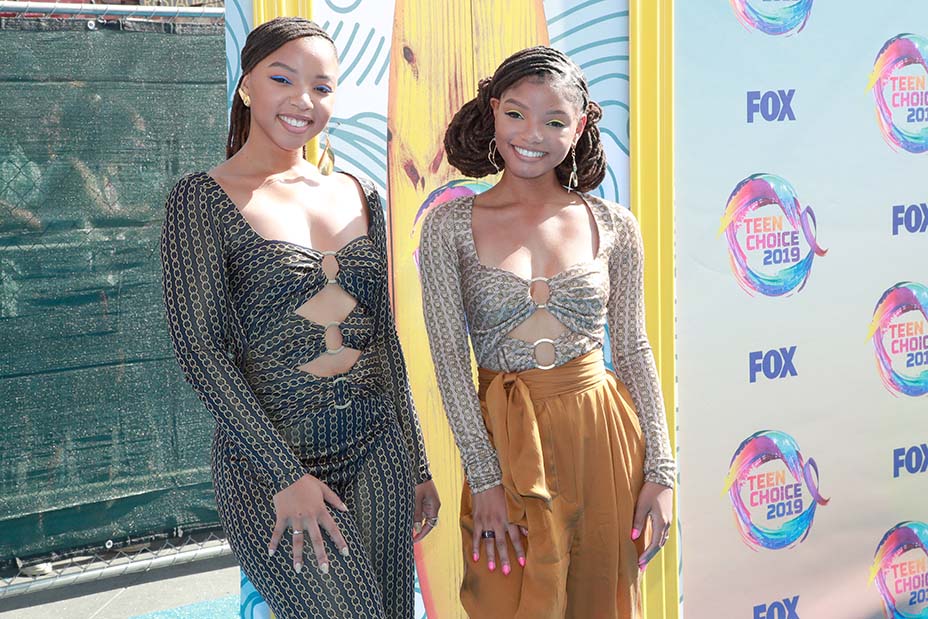 “The whole thing is cyclical. We go through a matte moment, we go through a metallic moment, and then it goes backwards and forwards,” says Chanel makeup artist Kate Lee. “Euphoria has definitely been a big talking point I feel like. … I think shows like that are really good at getting people to experiment.”

Lee, who has worked with Euphoria star Hunter Schafer along with Dakota Johnson and Kiera Knightley, adds that the show is perhaps inspiring people to make a statement and “do one thing that’s super interesting” as opposed to using everything in their beauty collection. “Television is very powerful that way,” she says.

Moj Mahdara, CEO of Beautycon, knew immediately that it would be “all about Euphoria” for the red carpet, pointing to producer-actress Marsai Martin’s lime green liner at the annual convention. 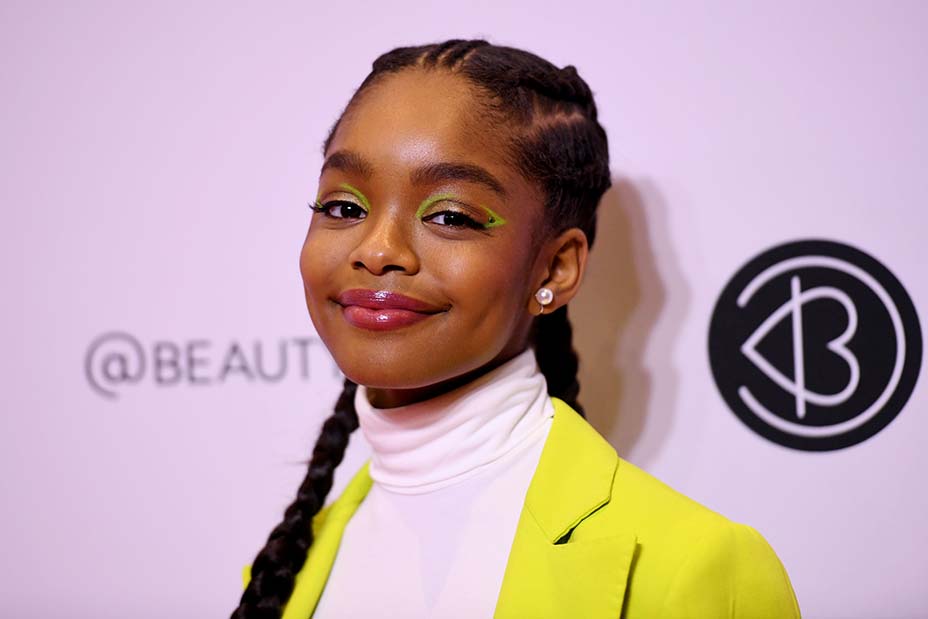 “That show has blown my mind,” Mahdara tells THR. “I feel like I’m spiritually moved by that show. … It’s the way in which the makeup is applied, the fact that we get to see it applied. Like when Jules (Schafer) was putting the makeup on Rue (Zendaya) in that finale. It was so intimate. It was like, you only do that to your lover, right? If you’ve ever been with someone who loves you, you know the way they rub your feet or rub your hands. It’s a special thing to adorn and sort of groom another person, the way animals do in this weird way. It’s so sweet. They did an amazing job of telling the public a story of what’s it like growing up in a Gen Z world.”

Kelsey Deenihan, makeup artist to Jessica Chastain and Millie Bobby Brown, tells THR that she has already noticed Euphoria’s influence on the beauty space with looks that show glitter coming down the face or chrome tears. She recently did a Euphoria-themed shoot in which singer-songwriter Charlotte Lawrence rocked red neon eyeshadow and hot pink mascara. “She was just down to go for it. We had neons on her and blue chrome colors. It was fun,” says Deenihan, adding that it’s likely popular as stars move away from natural eyes and into color. 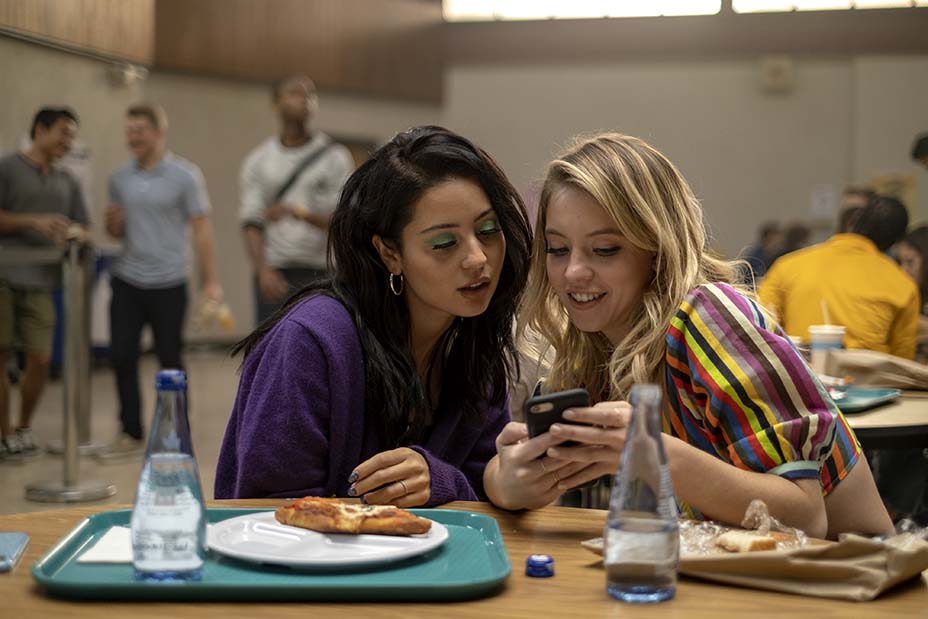 She admits the trend is likely more popular during fashion weeks, editorial shoots or events such as the Met Ball, where creativity rules. “I don’t think it’s going to go that wild on a carpet, because I don’t think that is the most flattering makeup,” says Deenihan. It’s true: Euphoria‘s signature pops of vibrant eye color were seen all over the runways at New York Fashion Week last week, including at shows by Jeremy Scott, Christian Siriano, Chromat, The Society, The Blonds and more.

Deenihan predicts actresses attending the Emmys might include pops of green eyeshadow or a little drop of glitter, “but they’re not going to try to transform themselves to make them not look like themselves. The carpet is the time for them to be themselves. They’re not playing a character. So I feel like they always want to look their best version. … It’s like a wedding photo. You don’t want to look too much not like yourself because in 20 years when you look back on that, you’re going to be like, ‘What the fuck was I doing?!’” 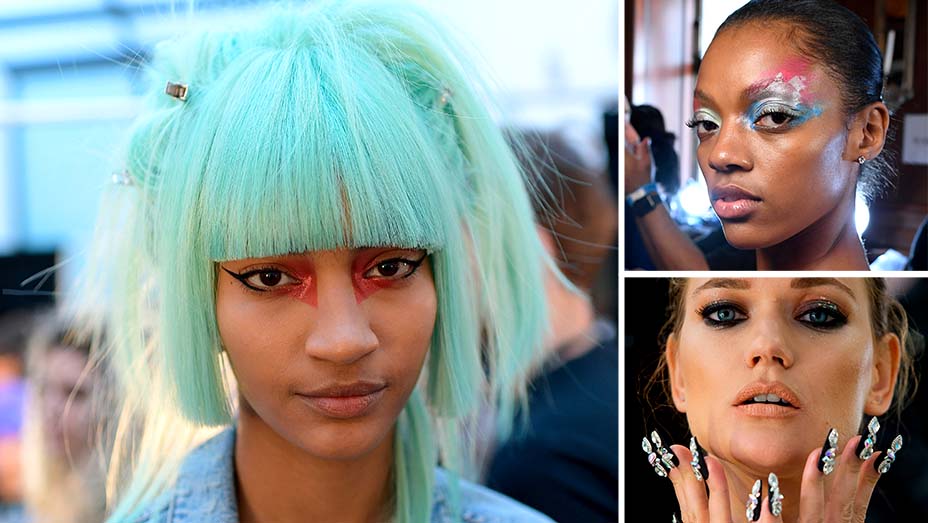 Still, color is undoubtedly having a moment on the lids and lips — makeup artist Erika La Pearl has been using Hipdot’s bright Bikini Bottom Eye Palette ($36) on Cardi B this summer. Emma Stone’s glam gal Rachel Goodwin tells THR that she’s “obsessed” with Kosas Cosmetics’ 10-second eyeshadow ($28): “These are just so much fun to play mostly with because they apply like paint which makes my artist heartbeat a little faster.”

Hair colorist Daniel Moon, who has worked with Kanye West and Miley Cyrus, is also seeing more clients embrace bright shades (look no further than Megan Rapinoe, Halsey and Busy Philipps with their vibrant hairstyles). He attributes stars’ embrace of color to the political climate. “When times get a little conservative and a little rough and tough, people start to let go a little bit more on the outside,” Moon tells THR. “You let go where you can. … It’s like the Roaring ‘20s. It starts to come out in other ways, because you can’t restrict everything.”

Makeup artist James Vincent, who worked for Rihanna’s Fenty Beauty, is also loving what he calls a return to grunge. “Makeup is always sociopolitical, and I think the ’90s are coming back in such a big way. I think whenever there’s conservative governments, fashion and beauty like to give a little bit of a middle finger. So I think those dark lips, those vampy shades that we always see for fall, will be paired with graphic liners and things that are a little more unexpected.”

While color might be big on the eyes and lips, Vincent says, “One of the biggest trends that we’re seeing and something that will carry over is this trend toward more natural skin.” He expects the red carpet will be about beautiful, soft matte skin as stars step away from contours and exaggerated highlights: “I think it allows a little more life and a little more breath into beauty.”

Mahdara agrees: “No makeup-makeup is a moment. I think your skin is everything.”

Priyanka Chopra is the same when it comes to minimal foundation, telling THR, “I love a fresh face look, sometimes [with] a dark liner or a really bold mouth.” 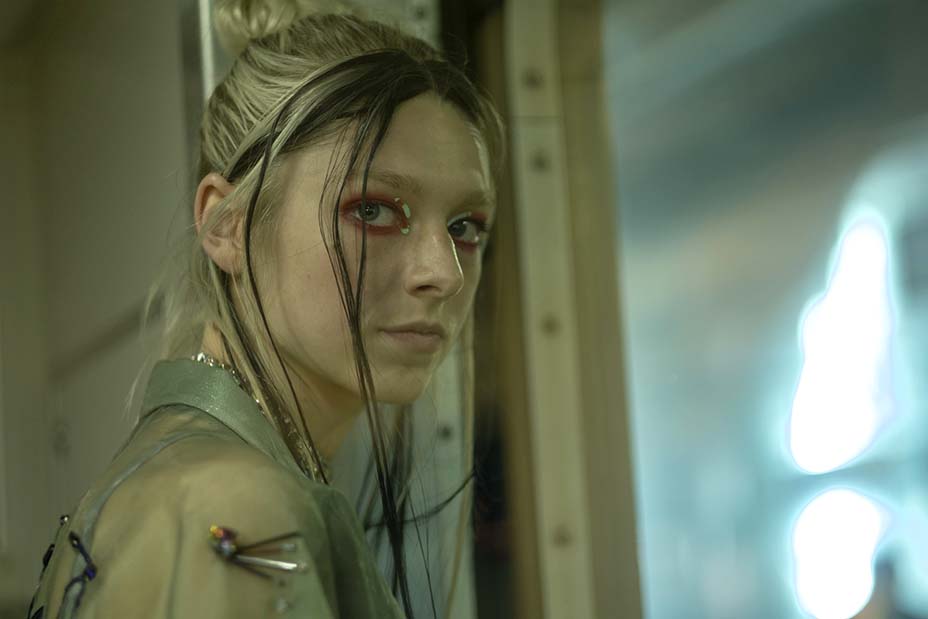 Davy is hoping that the statement-making eyes she designed for Euphoria will have a positive effect on the self-image and self-worth movement so beloved by the younger generations. “The message I’m trying to spread is to promote the practice of self-acceptance, self-celebration and self-expression, whether that means ditching the high-coverage foundation and contouring tools or embracing them even more — I don’t care,” she says. “I recognize that this is tricky, especially in Hollywood, because our society has told us, and we have told each other, that women — especially age 25 and older — need to look younger and brighter in order to be accepted and praised. And although it goes against much of what Hollywood is and what my own job can sometimes entail, I’m just really over it for women, for Hollywood, for everyone!” 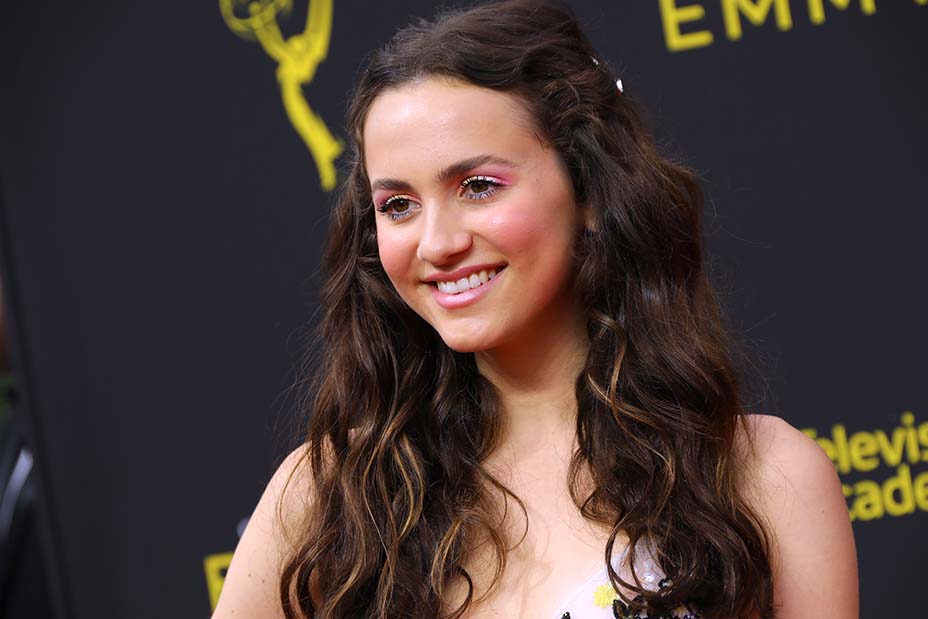