“I wanted to shoot it like an old-style Western,” says James Mangold, director of Ford v Ferrari, the Fox feature that chronicles the 1966 battle between the two auto companies to win the world’s most prestigious car race, the Le Mans in France. “It’s a showdown between Ken Miles” — the Ford driver, played by Christian Bale — “and [Ferrari driver] Lorenzo Bandini, and I wanted it to have a touch of Sergio Leone,” adds Mangold of Le Mans, which is won by covering the greatest distance in 24 hours. In the movie, which cost just under $100 million and is out Nov. 15, Matt Damon portrays Carroll Shelby, the engineering legend who built Miles’ iconic car, the Ford GT40. “They rev the engines and … it’s almost like a gunfight, with the drivers plunging toward a 90-degree turn at 200 miles an hour,” says the director.

That pivotal sequence in a nearly hourlong racing portion is set on the Mulsanne Straight of Le Mans — a 3.7-mile stretch where the cars can hit over 200 mph. It had changed over the past 50 years, so “we needed to create analogs to the original track,” says production designer François Audouy, who studied archival footage of the historic race. For example, “we found three and a half miles of country road outside of Atlanta.” Audouy needed six miles of track to shoot cars driving 150 feet per second, because Mangold says he didn’t want “digitally-enhanced-with-cartoon[s] car antics. We wanted to … see the pits and road and to feel the action firsthand.” 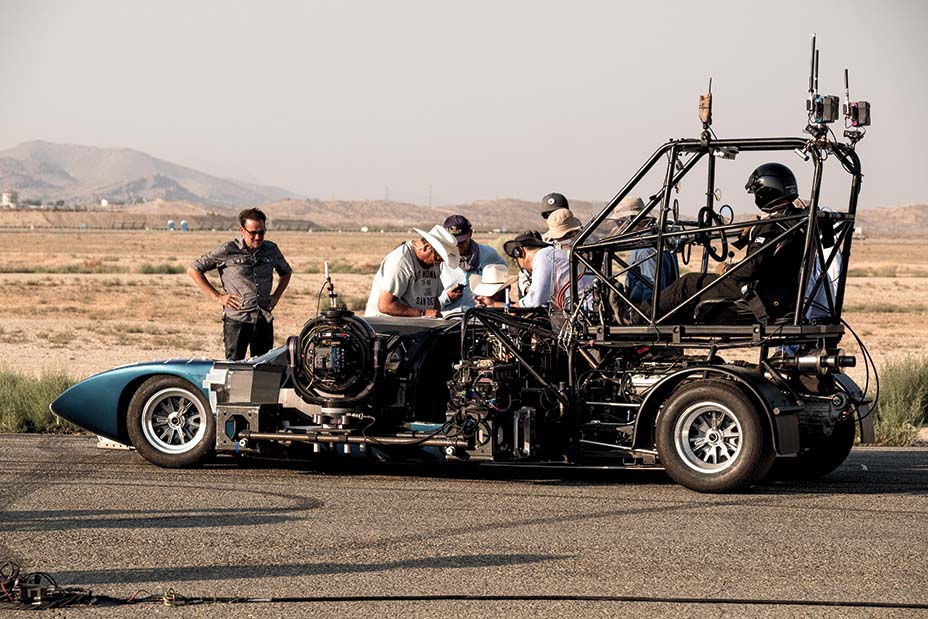 As for the vehicles, “each of the cars were their own characters,” says Audouy, with Mangold adding, “We didn’t use period race cars — it was a concession to reality, as one of those Ferraris is worth a bajillion dollars. We would have used up most of the budget on cars alone.” Each vehicle had its own chief of set design to ensure graphics, stickers, seat belts and tires were period-correct. Rob Johnson, the film’s vehicle art director, juggled a full roster: “Porsche, Ferrari, Corvette, Ford — all these cars had to play in different liveries five or six times across filming. They’d bubble up in the heat. Each had to be aged and washed dozens of times.”

Bale spent six hours daily for almost a week on an Arizona track at Bondurant High Performance Driving School, designed by owner and former driver Bob Bondurant. Says Bale: “It was very helpful having a genuine experience of what it is to be in an extremely fast car, centimeters from other extremely fast cars, and the reflexes that requires.” The actual driving was handled by “22 drivers, and the majority were pro — half raced at Le Mans,” says Robert Nagle, the film’s Oscar-winning stunt coordinator. When Mangold is asked if he’d ever raced himself, he gives a slight chuckle: “I love cars and design, but my own version of death-defying racing is finding the money to do these films.”

Get Your Own Race-Ready Ford GT40

For those who want not just the look, but also a drive close to the original Shelby Cobra and Ford GT40s featured in Ford v Ferrari, there are offerings by Irvine, California-based Superperformance. The distributor holds the license from the original designer and manufacturer, Carroll Shelby, to re-create the classic models from the ’60s. (For originals, collectors should be prepared to pay out: The Ferrari 330 featured in the film could fetch “in excess of $30 million,” says David Brynan, senior specialist at the Santa Monica-based auction house Gooding & Company.)

Superperformance made most of the picture cars for the film, including the Cobra driven by Shelby (played by Matt Damon). “These are not simply cars licensed from Shelby — they are Shelbys with continuation CSX chassis numbers,” says Superperformance’s Rich MacDonald, whose father, Dave MacDonald, raced all of Shelby’s legendary Cobras to their first victories and was tragically killed in 1964’s Indianapolis 500. “I always recommend that customers finish the build with a motor from the Shelby Engine Company, either a 289 or 427,” adds MacDonald. 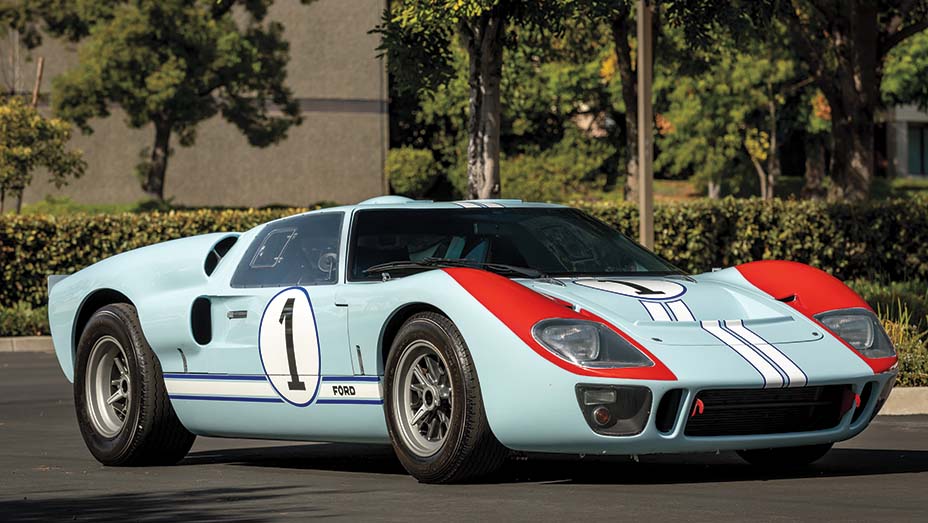 A Shelby CSX8000 series MkII Continuation Cobra fitted with a Shelby 289 engine, like the model Damon drives, will set collectors back around $150,000. A GT40 like the one raced by Christian Bale, who portrays driver Ken Miles, costs about $210,000.

Collectors should note that “period-correct” means no power steering, power brakes, air-conditioning or any other modern comfort or safety system. Expect a lot of power under the hood and the roar of the road beneath the wheels, especially on the GT40 — all in all, an exhilarating, yet sometimes harrowing, drive.