Continue to The Hollywood Reporter SKIP AD
You will be redirected back to your article in seconds
Skip to main content
August 5, 2019 8:30am

There’s a unique pressure that comes with casting for shows based on true stories. When working on a series based on real people — often faces that are very familiar to the general public — the casting director must find the right actor to capture not just that person’s look but their spirit as well.

Most of the nominated casting directors THR spoke with acknowledge that the key is matching a person’s essence — a word nearly all of them used — which is not something that can be achieved through hair and makeup alone, or even when top-notch acting is added to the mix. None of these pros could say exactly how they do it, but they all agree: When you know, you just know. “When you see the person that you think is right, there is an absolute physical reaction to it,” says Escape at Dannemora casting director Rachel Tenner. “It’s almost like a little quick high.”

But there’s a method to the madness that starts well before any actor auditions for the role. It begins with research: watching interviews, reading books and gathering as much information as possible on how the real-life subject speaks, acts, thinks and, sometimes, dances — as when casting the Broadway legends at the center of FX’s Fosse/Verdon.

“You have to win on either the looks or the essence because someone’s going to say something,” casting director Bernie Telsey says. “Because everybody feels like they have a relationship to who Ann Reinking is, or to Paddy Chayefsky, or to Neil Simon.”

Telsey and his partner, Tiffany Little, even felt the pressure of their own admiration for these stars. “The same way me and Bernie have our own history and personal experience and knowledge of these famous people, so does everyone else,” Little says. “That pressure is a lot.”

After all, the whole world is watching — sometimes even the subjects themselves. “You want to feel that when that person is watching, they feel they’re really looking at themselves,” says Aisha Coley, casting director for the Netflix miniseries When They See Us. “And you want to feel that you’re matching [who that person is] and giving the feel of that person the same way in the actor. That’s not something you can create in the actor — you just have to really get it spot-on.” 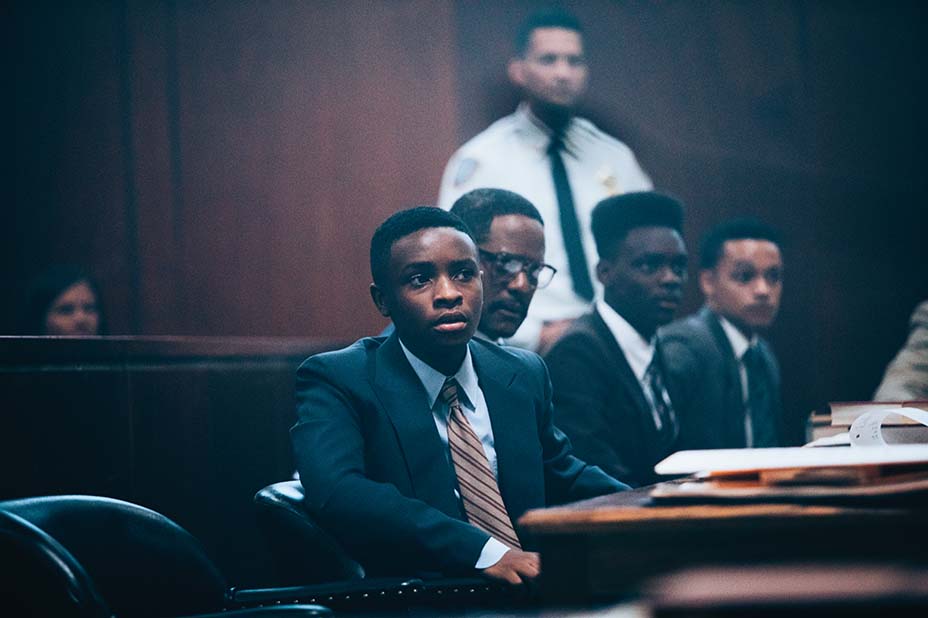 That means developing a powerful sense of your subject’s personality and motivations in order to figure out who could do that unique individual justice onscreen. “You want to make sure that [the real-life subjects are] looking at people who they feel actually represent them accurately,” Coley adds.

Take Tilly Mitchell, played by Patricia Arquette in Showtime’s Escape at Dannemora, for example. She isn’t just the blond correctional facility worker who aided the escape of two inmates. She’s manipulative, says casting director Tenner. She’s the victim when she wants to be. She’s charming when she wants to be. She seems to always make sure things go her way. 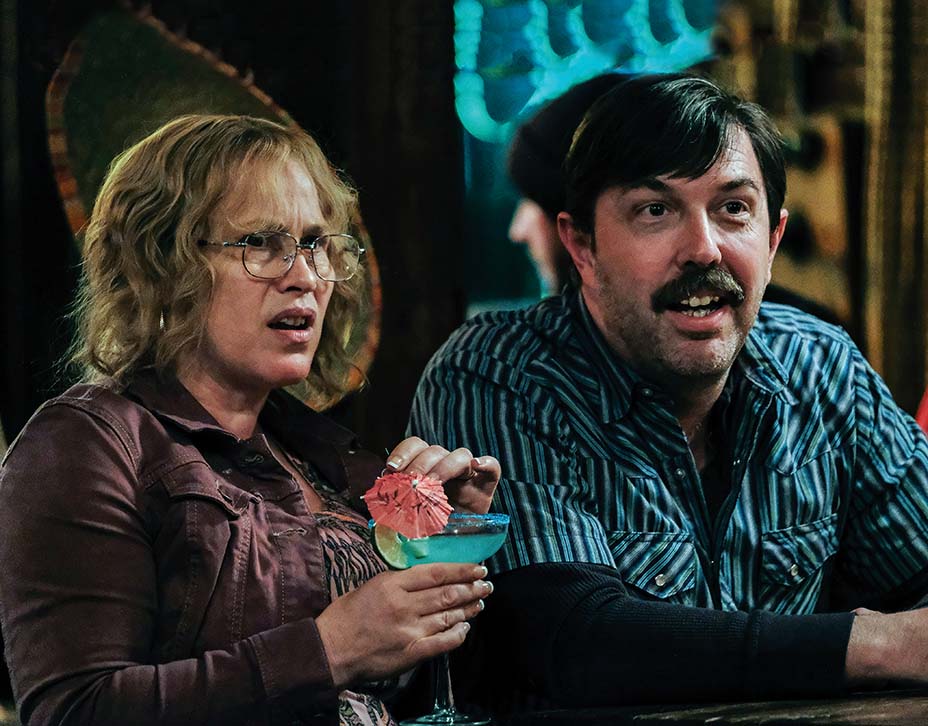 Once you pinpoint those qualities, it’s all about finding the actor who can embody them, Tenner tells THR. Every casting director says they start with a list. Actors that they, the directors and the producers are familiar with and would love to bring on to the project. Not every role must be filled with a household name, but sometimes star quality is part of the character. “Since we were casting people who were very successful stars of Broadway, you wanted to find people who brought a certain status with them,” Fosse/Verdon‘s Little explains. “But that’s part of their essence, which is what we’re talking about. So, you’re probably less likely to find someone completely unknown that’s 55 years old and [is right] to play a star.”

Sometimes, everything falls into place quite easily. Such was the case with Mexican Broadway star Bianca Marroquin, who took on the role of Chita Rivera in the show. “Bianca was a no-brainer,” Little recalls. “Everybody was like, ‘Of course, she’s so perfect.’ “ 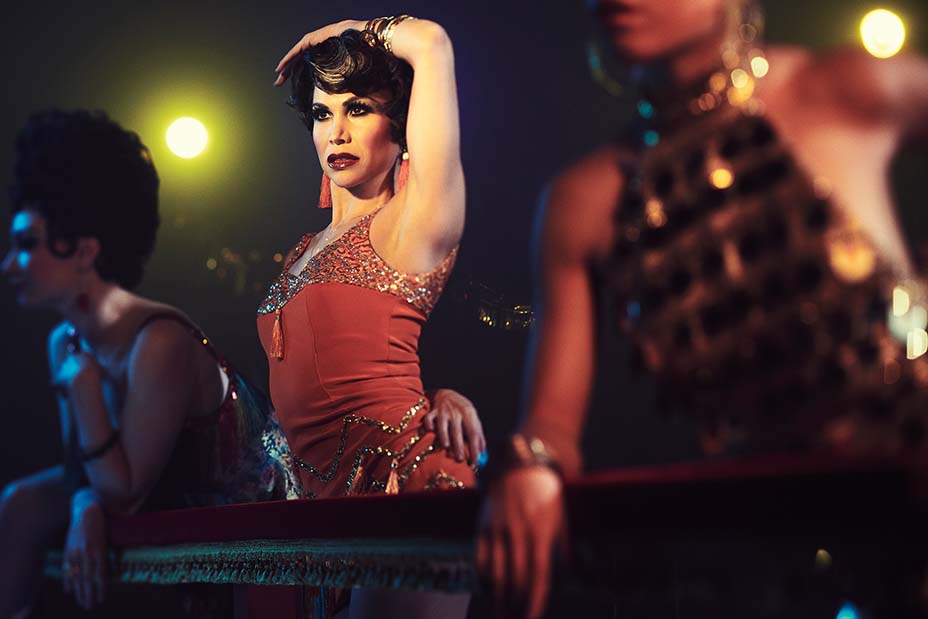 Many times, though, it’s not so simple. When casting for the role of Liza Minnelli, Telsey says he didn’t know if actress Kelli Barrett would be right until her audition sealed the deal.

“We’re only human, right? Here’s an actress we know. Here’s an actress we’ve actually seen do practically everything on her résumé and bring it all the time,” says Telsey. “But you also have this sense of who Liza is, and it’s like ‘Well, it’s not like I saw [Kelli] do that.’ So on paper, you go, ‘That’s not Kelli.’ And then she came in and it wasn’t about an impression. It was about an essence.”

That’s the fun of the job, Little adds. “One of the exciting things about being a casting director is following people’s careers and casting them in roles, and then still getting to discover something completely new about them,” she says.

In the case of When They See Us, Coley and director Ava DuVernay — who Coley says played a large part in the casting process — had the particularly difficult task of casting the men at the center of the story as both the children they were at the time of their wrongful conviction and the adults they had become by the time they were exonerated.

For one character, they found both in the same actor. Jharrel Jerome plays Korey Wise in both roles, which are more than a decade apart in age. Though the decision to cast Jerome ultimately rested with DuVernay — who Coley says spent time with Wise and knew him intimately — the casting pro knew the choice was a good one. 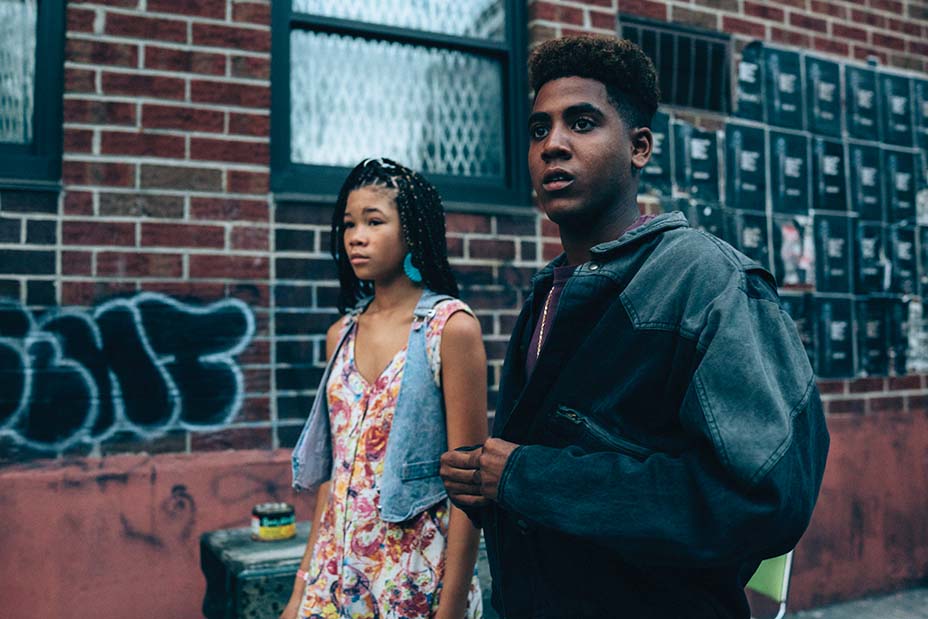 “When you see him, you can see that he is young, but he has got a maturity about him,” says Coley of the 21-year-old Jerome. “You’ve got that beautiful combination of youthfulness and maturity.”

And casting directors don’t apply this rigor only when it comes to the leads of their shows. On any given project, there can be dozens to hundreds of roles, and bringing authenticity to each is crucial when transferring a true story to the screen.

In the case of Escape at Dannemora, Tenner went as far as to try to re-create the media frenzy surrounding Tilly Mitchell’s own release from prison by casting real news reporters for the scene. Tenner even tracked down the woman who served as the real Tilly’s prison guard and convinced her to play that role in the show.

“Instead of trying to teach people what things should look like, we have [the actual] people also be in it to bring some real authenticity to it,” she says.

Which raises another facet of casting true stories: Along with all the challenges come the rewards of delving into human strengths, weaknesses, joys and sorrows. “When you do projects that are based on real-life people, they’re fascinating to work on,” Coley says, “because you get a chance to step into their world and you get a chance to really explore someone else’s life in a really deep way.”