The Golden Globes and the Oscars both strive to celebrate the best films and filmmakers of a given year — but apart from that, they don’t have much in common.

The Globes, besides honoring the best of film, also honor the best of TV; Globes attendees sit at tables eating and drinking; and there are two categories of Globes nominees for best picture, actor and actress — (a) drama and (b) musical or comedy. The Oscars, meanwhile, are strictly limited to film; attendees sit in rows in a vast auditorium, with food and drink accessible only in the lobby; and there are no genre awards — for picture or for actors.

More pertinently, Globe nominations and winners are determined by the roughly 90-member Hollywood Foreign Press Association, a group of Hollywood-based journalists for international media outlets, whereas Oscar nominations are determined by portions (for categories other than best picture) or the entirety (for best picture) of the roughly 7,000-member Academy of Motion Picture Arts and Sciences, a group of people who actually contribute to the making of movies, all of whom then get to pick the winners in all categories.

Fun fact: Only one person currently belongs — or, as best I can tell, ever has belonged — to both groups: Crazy Rich Asians actress and journalist Lisa Lu.

All of this would seem to suggest that the nominations for the 76th Golden Globes will not have much bearing, in any way, on the nominations for the 91st Oscars — but that is not necessarily the case. The most obvious reason for this is that Globe noms will be announced Dec. 6, after a voting window of Nov. 21 to Dec. 2, and a full month before the Oscar-nom voting window of Jan. 7 to 14 even gets underway, so Globe noms and the attendant publicity they receive may well shape the viewing preferences of Academy members in the run-up to their own voting. But Globe noms will also effectively winnow the field of contenders for Oscar noms, because if certain types of films and filmmakers cannot swing a nom with the HFPA, it is virtually unimaginable that they will be able to do so with the Academy.

Take, for instance, musicals. The HFPA loves musicals, so much so that it has nominated numerous terrible ones over the past decade, including Nine, Burlesque and The Tourist. That means that if one of this year’s true musicals (e.g., Mary Poppins Returns and Mamma Mia! Here We Go Again), as opposed to dramas with music (as the HFPA regards A Star Is Born and Bohemian Rhapsody), is not Globe nominated, it is virtually unimaginable that the Academy, with a unified best picture category, would reach a different conclusion. In other words, a Globe snub would, in all likelihood, be the end of the line for the film, as far as awards season goes.

One can make a similar assumption about comedies. If, for instance, the HFPA, which is a much less uptight group than the Academy, doesn’t nominate Crazy Rich Asians in its best picture, musical or comedy category, it is very hard to imagine that the Academy would make the film a finalist. (In 2003, the HFPA did nominate My Big Fat Greek Wedding — probably the most applicable comp out there — and the Academy did not follow suit.)

The thing that the HFPA is perhaps most famous for, though, is being a group of star lovers (or, in the view of many in the community, a similar and more vulgar term). Indeed, there are few stars whom the HFPA can’t find a reason to nominate, even for work most other awards groups would regard skeptically. This is why A-listers who are on the bubble this year — The Old Man & the Gun’s Robert Redford, Bird Box‘s Sandra Bullock, The Front Runner‘s Hugh Jackman, Tully‘s Charlize Theron, First Man‘s Ryan Gosling, Where Is Kyra?’s Michelle Pfeiffer, White Boy Rick’s Matthew McConaughey, Vox Lux‘s Natalie Portman, Mary Poppins Returns‘ Emily Blunt and Lin-Manuel Miranda, and the stars of Black Panther — can probably count themselves out of the rest of the awards season if they can’t even register with the HFPA. In other words, a Globe nom would not really be a success, but rather a hold.

Then there are the stars who are trying to reinvent themselves this year, like Can You Ever Forgive Me?‘s Melissa McCarthy, who is vying for a best actress nom — not on the musical or comedy side, but on the drama side. If she comes up short (she was recently snubbed for a Spirit Award nomination, while her co-star Richard E. Grant earned a supporting actor nom), it wouldn’t mean her run is over, but it certainly wouldn’t be a good sign. 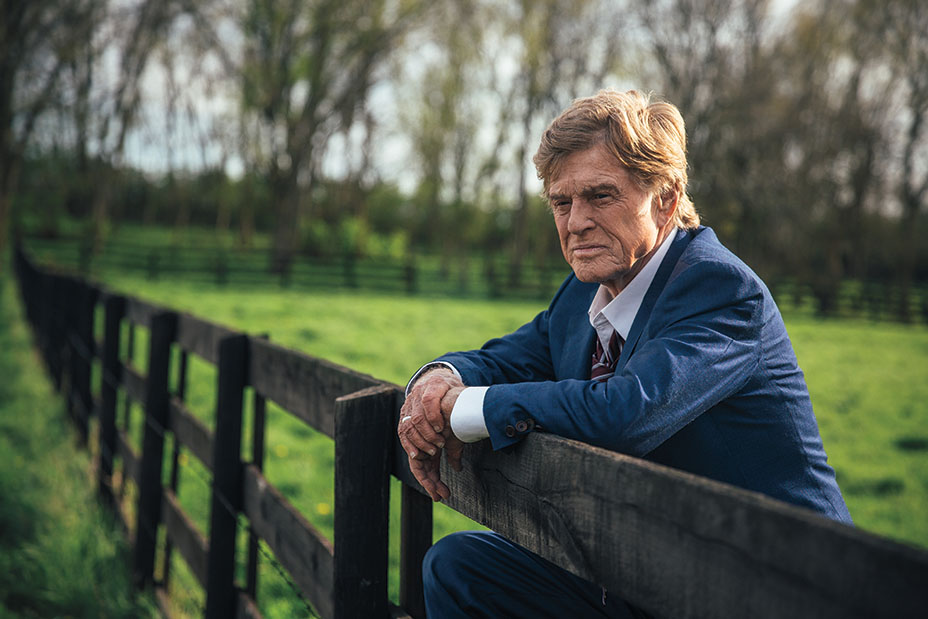 Conversely, when the HFPA nominates films and filmmakers we wouldn’t expect them to love, it can sometimes signify nothing (e.g., Salmon Fishing in the Yemen or Nocturnal Animals‘ Aaron Taylor-Johnson), but it can sometimes presage — and perhaps further encourage — a groundswell of industry support for something (e.g., The Lobster‘s screenplay or Viggo Mortensen’s performance in Captain Fantastic).

This year, Globe noms could tip the scales in favor of a deeper run into the season for teetering films like Can You Ever Forgive Me?, Widows, Eighth Grade, The Death of Stalin, The Hate U Give and Paddington 2 (look out for supporting actor Hugh Grant), or performers like First Reformed‘s Ethan Hawke, Hereditary’s Toni Collette, Beautiful Boy’s Steve Carell, A Private War‘s Rosamund Pike, At Eternity’s Gate‘s Willem Dafoe, Wildlife‘s Carey Mulligan, BlacKkKlansman‘s John David Washington or Destroyer’s Nicole Kidman (yes, a big star, but in a little movie).

And if the HFPA nominates Roma‘s lead actress, Yalitza Aparicio, and/or supporting actress Marina de Tavira and/or Cold War lead actress Joanna Kulig, that would be a major statement, since few, if any, HFPA members had ever heard of any of those women before this year — and the women’s films, being in a language other than English, aren’t even eligible for a best picture nom at the Globes. 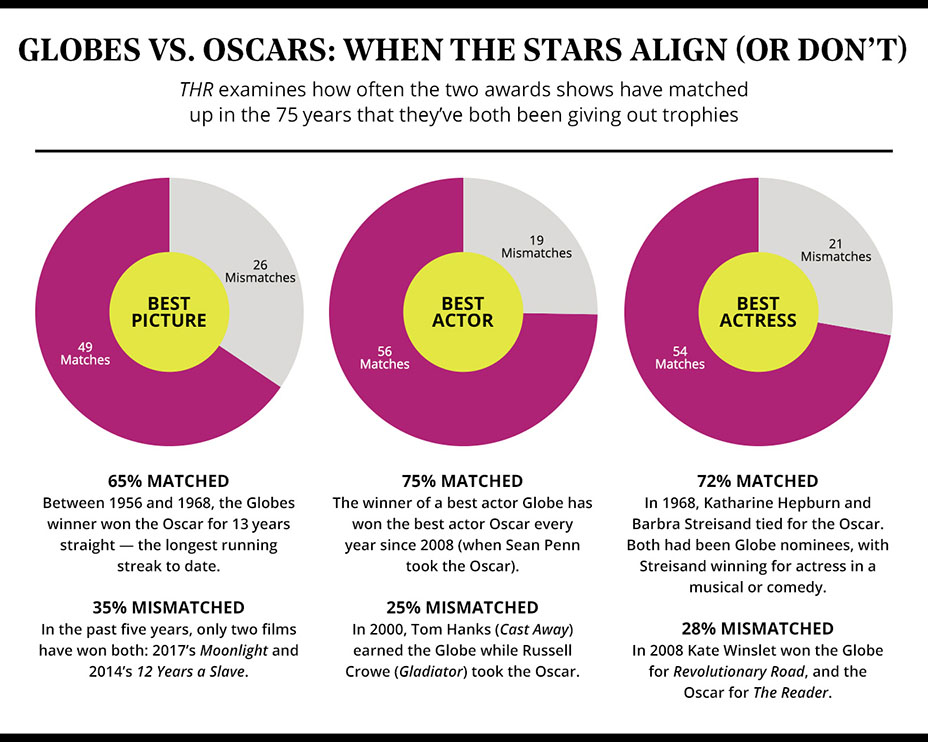