For eight decades, DC’s Green Lantern has featured stories of heroes fighting evil with the use of the power ring, an object that grants its wearer all kinds of abilities — if they’re capable of using it properly. Multiple characters have held the identity, from the original Alan Scott to characters like John Stewart and Jessica Cruz.

Now, a newcomer possesses the ring: Tai Pham, the star of Green Lantern: Legacy, the latest middle grade graphic novel from the publisher. Written by Minh Lê with art from Andie Tong, Legacy expands the Green Lantern mythology in both directions, introducing not just the latest Lantern, but also an important figure from the mythology’s history — Tai’s grandmother, herself one of the greatest Green Lanterns of all.

The Hollywood Reporter talked to Lê about the project’s origins, and what it was like getting to contribute to the long-lasting Green Lantern mythology.

Can you talk about how the project got started? Were you approached by DC, or did you approach them?

DC approached me. They reached out to me and said, “We’re starting this new line of graphic novels for young readers, and we’d like you to invite you to pitch us a story.” My first response was, “I think you have the wrong Minh Lê, because I write picture books.” (Laughs.) They said, “No, we’ve been reading your stuff and we like your stories, we’d like to see what you come up with.” So, it very much came out of the blue and it’s been a total dream ever since.

I’ve been a comics fan for a while, but I was not super familiar with Green Lantern. When I was looking at the character, what really appealed to me was the fact that there’s not just one Green Lantern, there are many Green Lanterns. There’s such a rich history there, and a rich mythology. I thought that it would be fun to try to create new characters that still fit within that existing world.

I was looking at Green Lantern and thinking, “So there’s this character who has a green power ring and draws his power from his own sense of will,” and I had this revelation — I know somebody like that. I thought of my grandmother, who always wore a jade ring and was one of the strongest people that I’ve known and was very much one of the superheroes of my family story. Once I had that image, the rest of the story just unfolded. 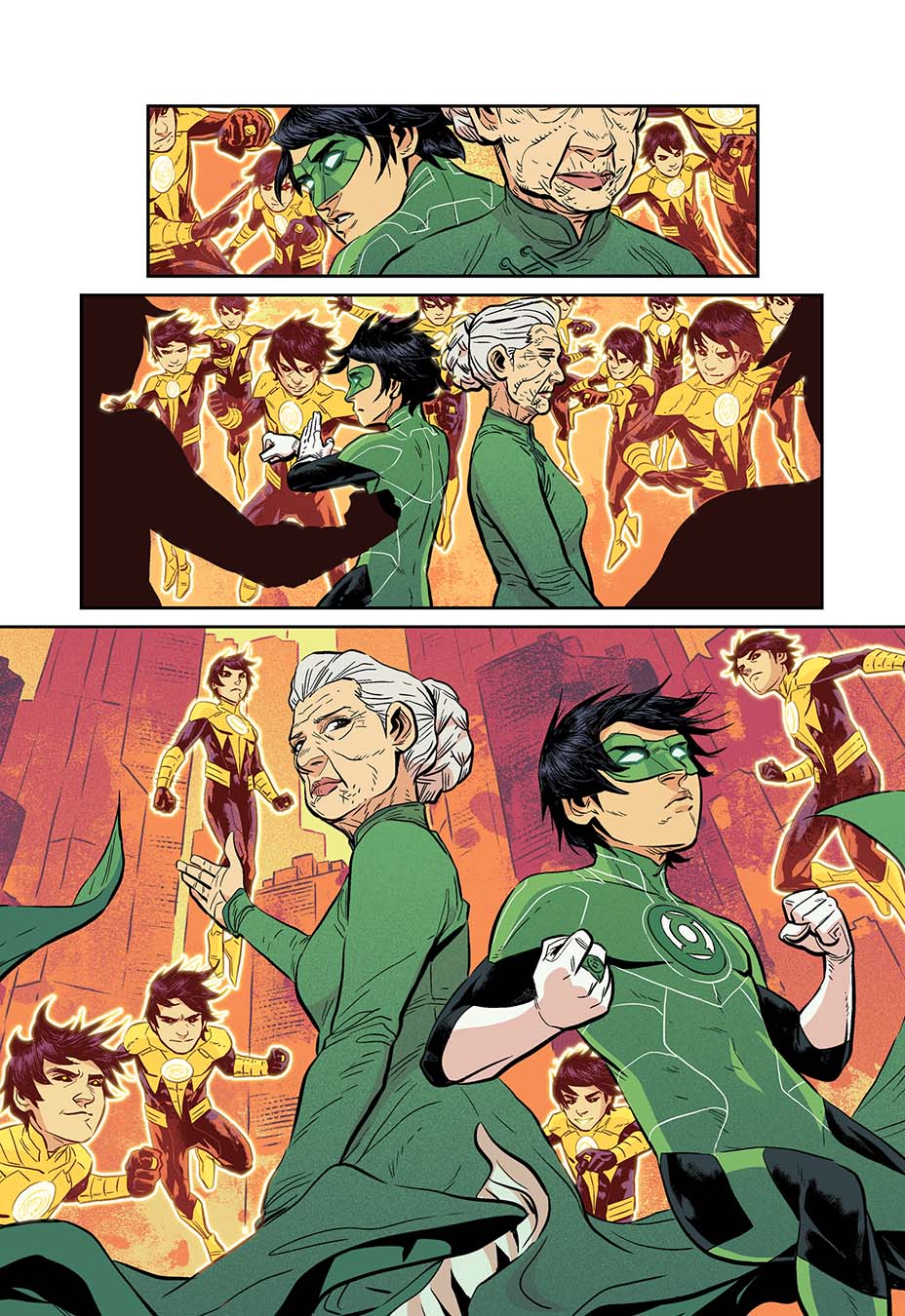 I was about to ask how the idea of the grandmother having been this important character to the Green Lantern mythology came about, and you just answered it. Like you said, Green Lanterns are multiple people — it’s not one person but multiple people, but you’ve brought in this generational aspect, which I think speaks to, like you said, to a relationship children have with their grandparents and parents, as is the idea of seeing them in this heroic light.

I’m glad that that came through. For me, my family was originally from Vietnam, and my grandmother was kind of a key person who helped my family escape during the war. So it was a very natural fit; she has always been a hero to me, so that felt like a very natural character to start with. I loved the idea of, as this is for young readers, you’re coming up as a generation — how are you going to follow in the footsteps of those who came before you? And I think that hopefully that comes through.

Green Lantern has always been able to bring in a diversity. So many superheroes are just white, straight men, and Green Lantern — even in the ’60s — brought in John Stewart, who was African-American, as the hero’s replacement and equal. You’re continuing that in this book, but also, in placing the grandmother as one of the core characters of the mythology, you’re creating a new history, so that a lot of readers can see themselves in these stories that weren’t previously there. How much of that came from you, versus DC asking you to sort of expand the mythology and the diversity in Green Lantern as a property?

That was me. They were definitely encouraging of the storyline, and I know that a lot of people have that focus, but there was no [directive]. It’s not like I was pressured to write that particular story. It’s the story that naturally came out, maybe because of the previous works that I’ve done, which also focused on family traditions. Maybe that’s what drew their attention to me.

As a young comics reader back in the day, there weren’t many characters that I feel reflected my experience. It’s a really huge honor to be able to be on this side now, and creating stories that readers will be able to see themselves in. 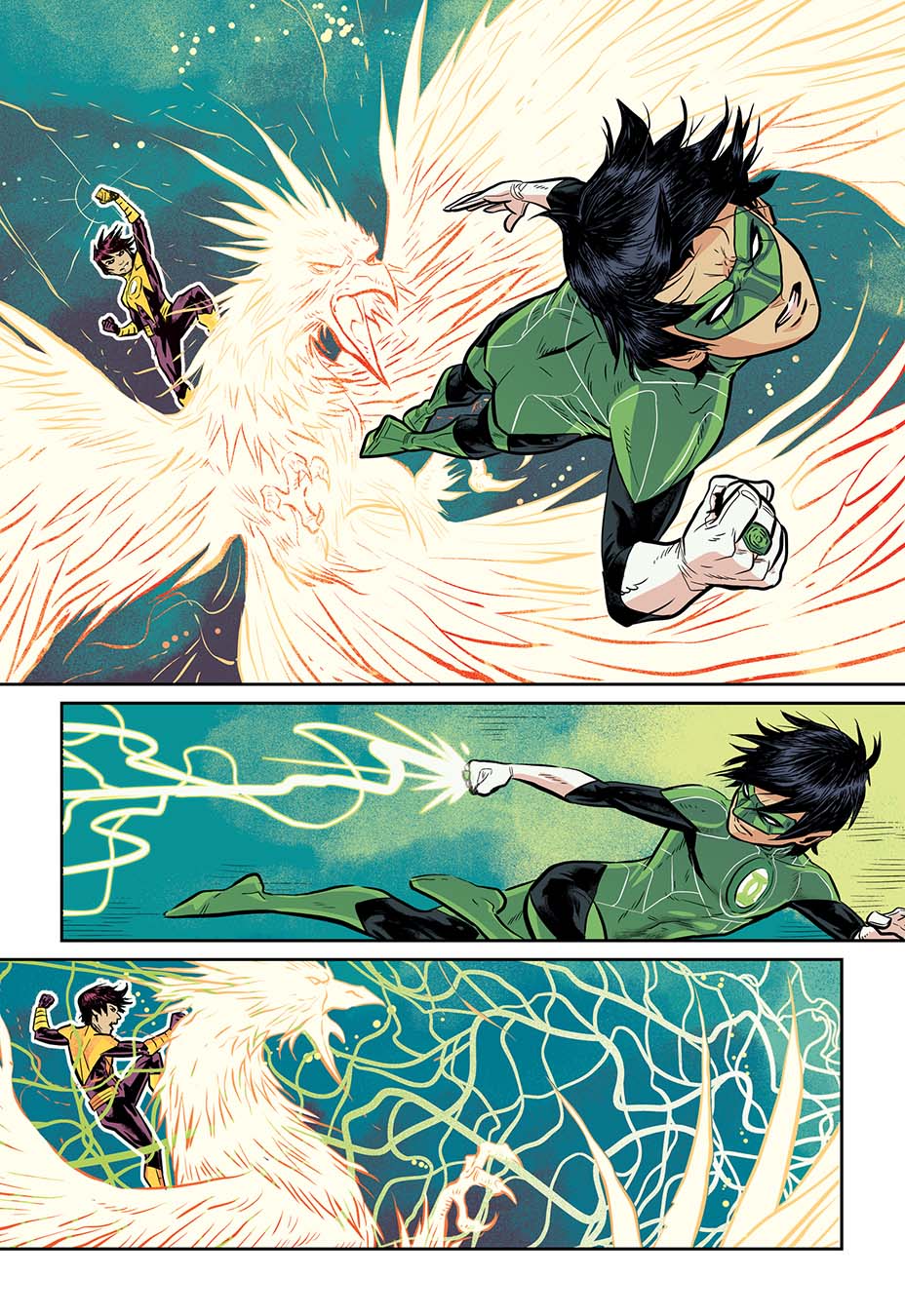 What was it like working with Andie Tong? Was this something where you literally wrote the script and handed in and then you were given pages back, or did you have a more collaborative process?

This was super collaborative. I would submit pages and he would submit artwork back, and it was such an amazing experience to work with him. He’s such a talented artist. As an author, people would say things like, “The only limitation is your imagination,” right? But I had to be mindful of the artist because they had to draw [whatever I was writing].

So I’d write these scenes and I’d be, like, “Is there too much going on? Are there too many people?” And then he would come back with this spread that was just mind-blowing. It was like, “I don’t know how you plucked that out of my imagination and then improved upon it!”

As an author who doesn’t illustrate, I always tell people that I found the secret code for making books, because I’ll just put this boring-looking page of text down and then it comes back as this gorgeous work of art.

Looking at the pages, it feels like a very mutually beneficial collaboration. You know, there’s stuff there that you’re giving Tong that is the dynamic comics work to draw, but he also delivers such great character acting that the dialogue works really well, too.

For me, the way I like to tell a story is to have more of it told through illustrations. I definitely, doing a final edit, if there’s anything that’s already conveyed through Andie’s artwork that doesn’t need to be in the dialogue, I’d go and, like, cut that out of that. I want the art and text to work as seamlessly as possible. If anything, I think the artwork should do the heavy lifting. I think as a visual format, that’s how you engage readers the most.

It makes it sound lazy on my part. (Laughs.) But that’s how I think these stories work best!

Based on this experience of working on Green Lantern: Legacy and plugging yourself into this this mythology that has existed at this point for 80 years now, can you see yourself wanting to do more in this space? Is this something — coming in and playing in someone else’s sandbox — that would be attractive to you again?

Yeah, definitely. It was a bit of a leap of faith on both DC’s part and on my part as well to say yes to this project, but there’s no better indication than to have DC help you when you’re carrying this ball. So now that I’ve done that, I’d love to continue.

I grew up reading a lot of Greek mythology, and so in the transition into comics, I always thought of comics as kind of the modern mythology. To be able to add a piece to that modern mythology now, and having a taste of that, it’s something that I’d love to continue if possible. 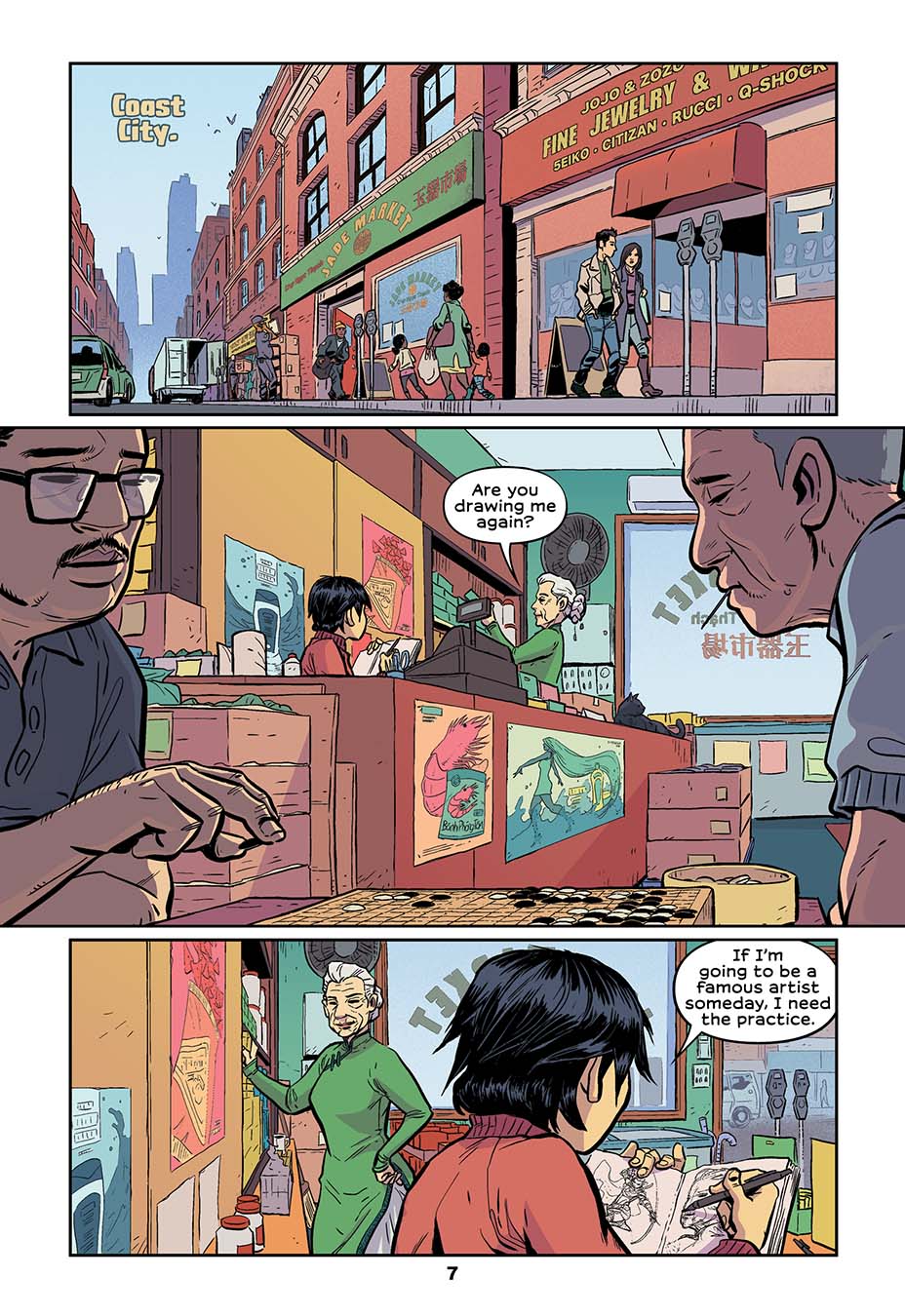 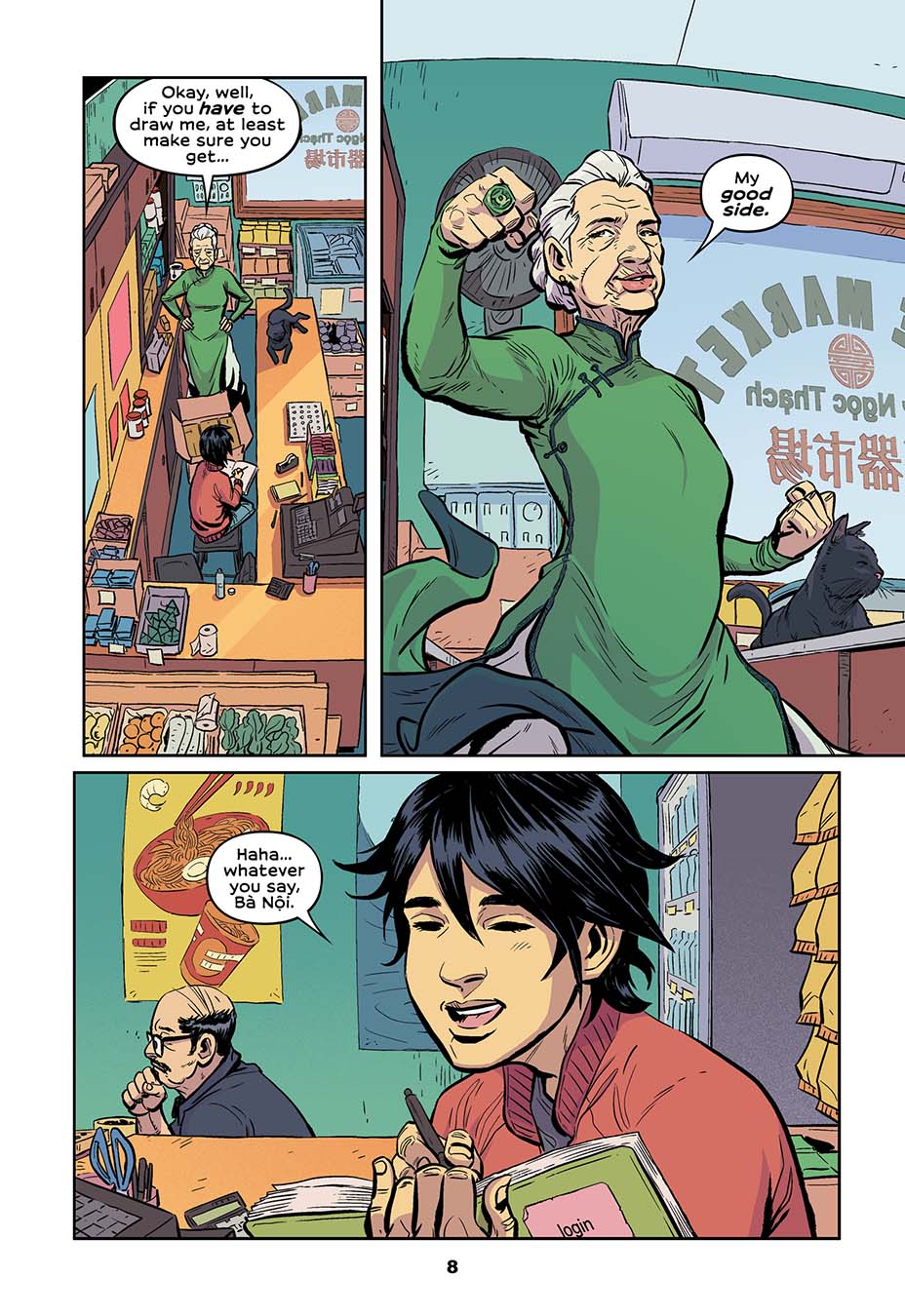 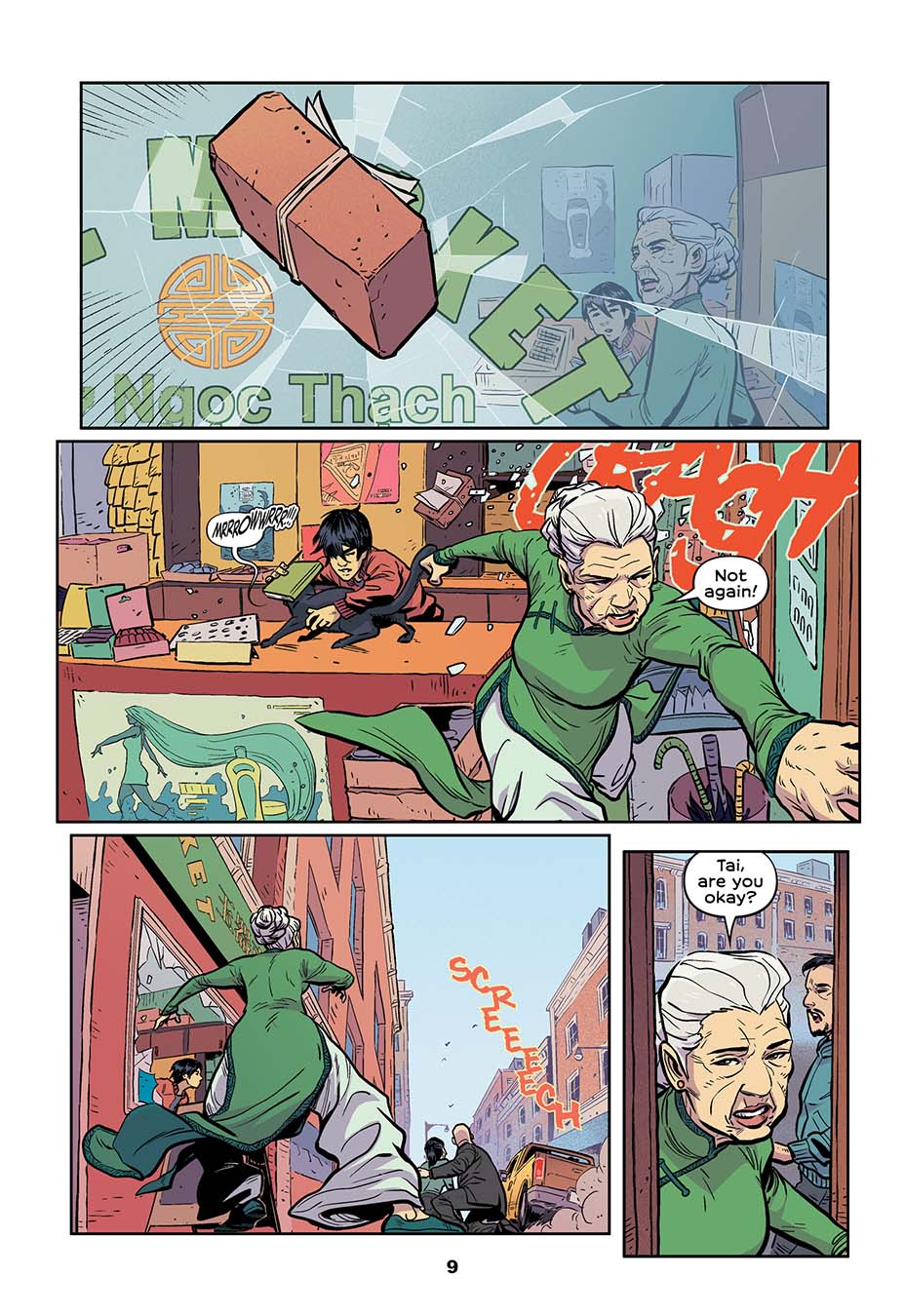 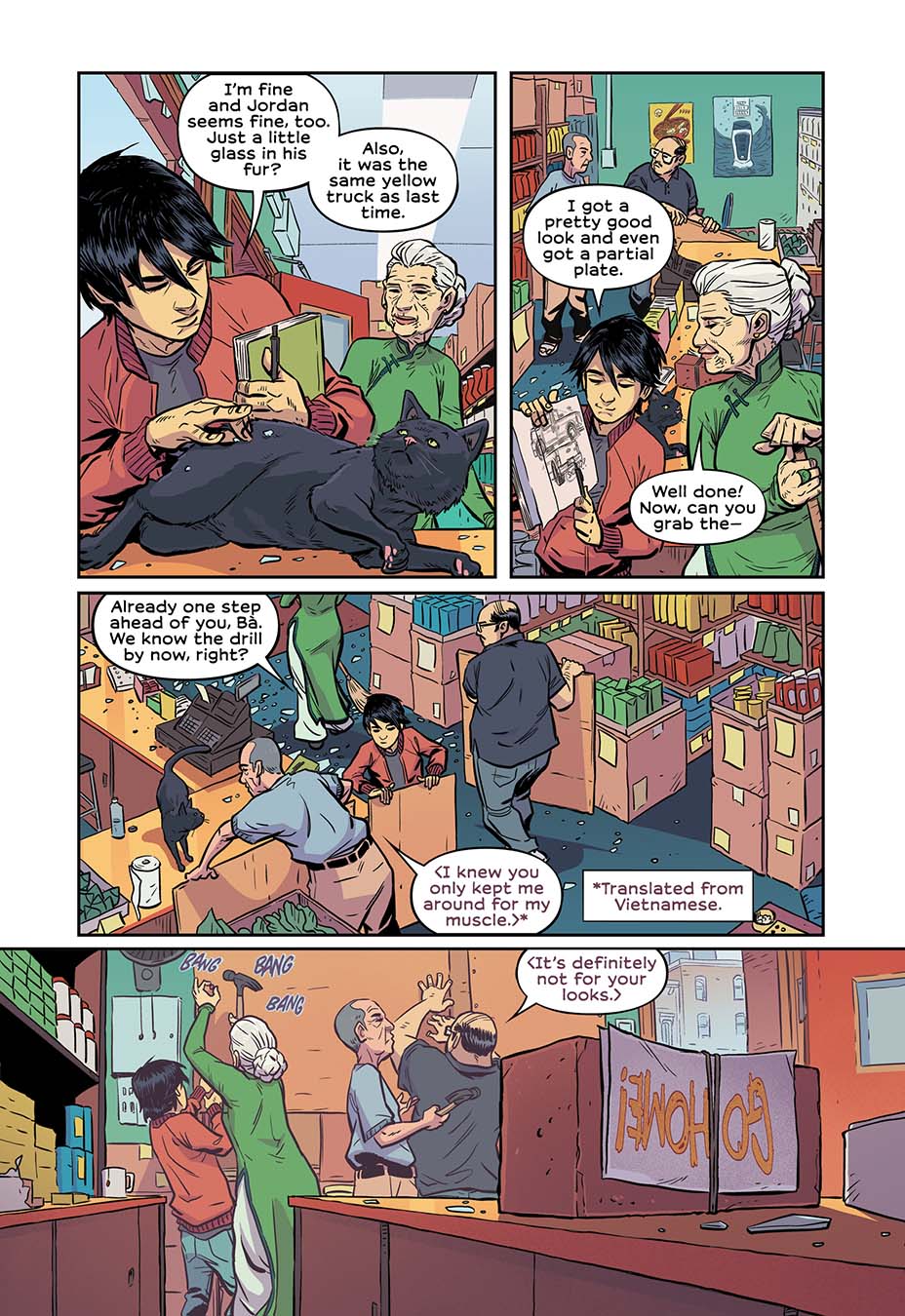 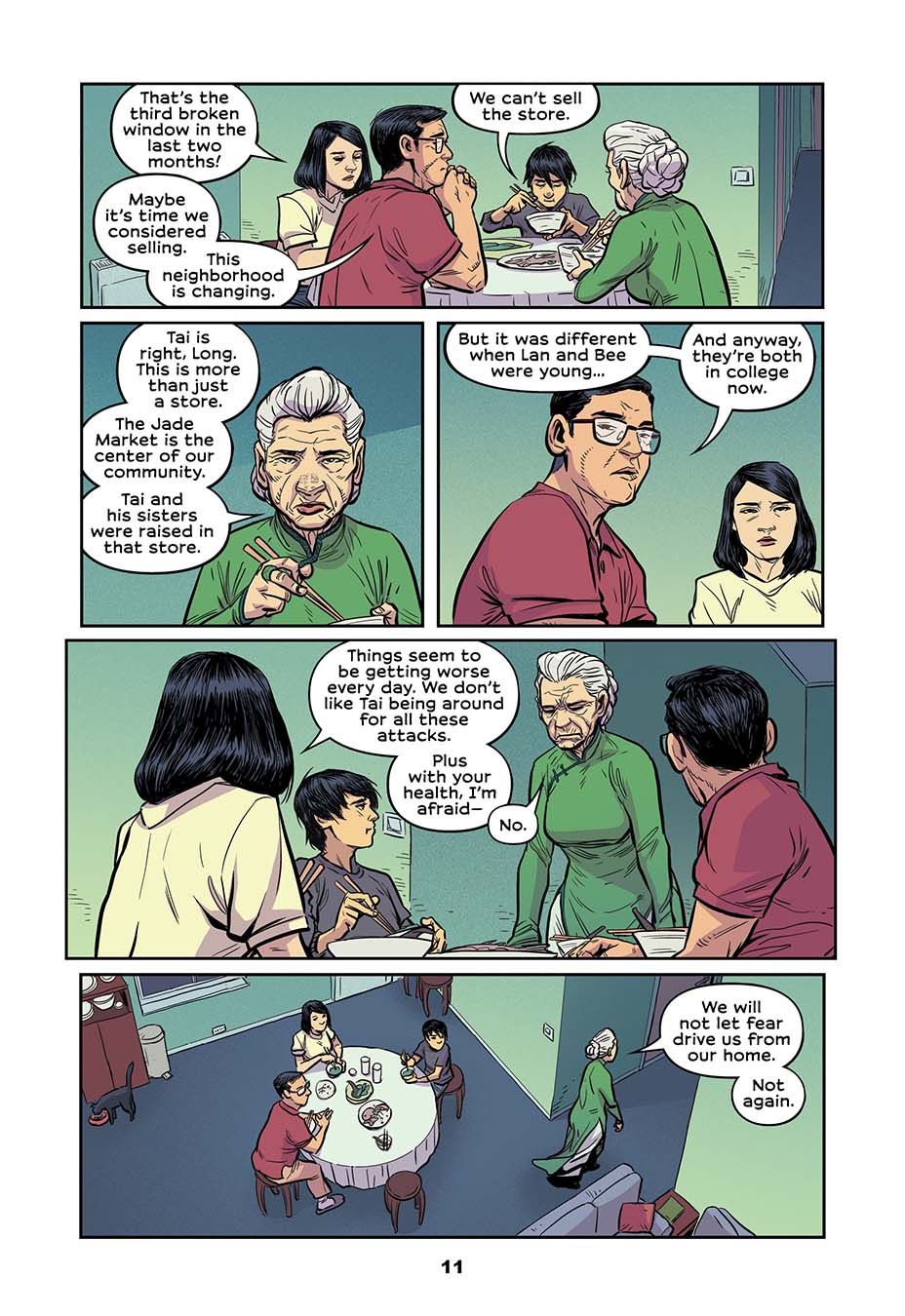 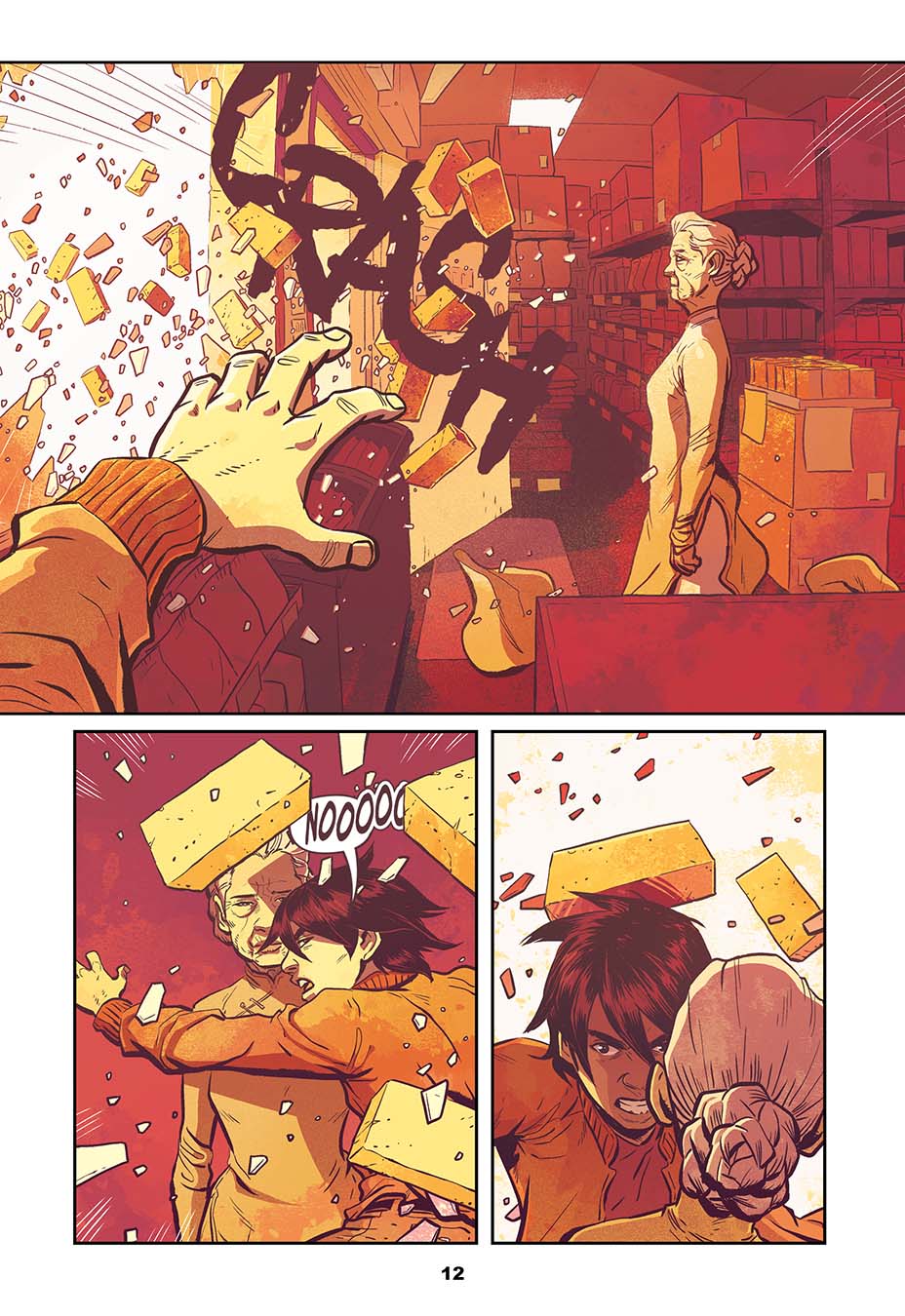 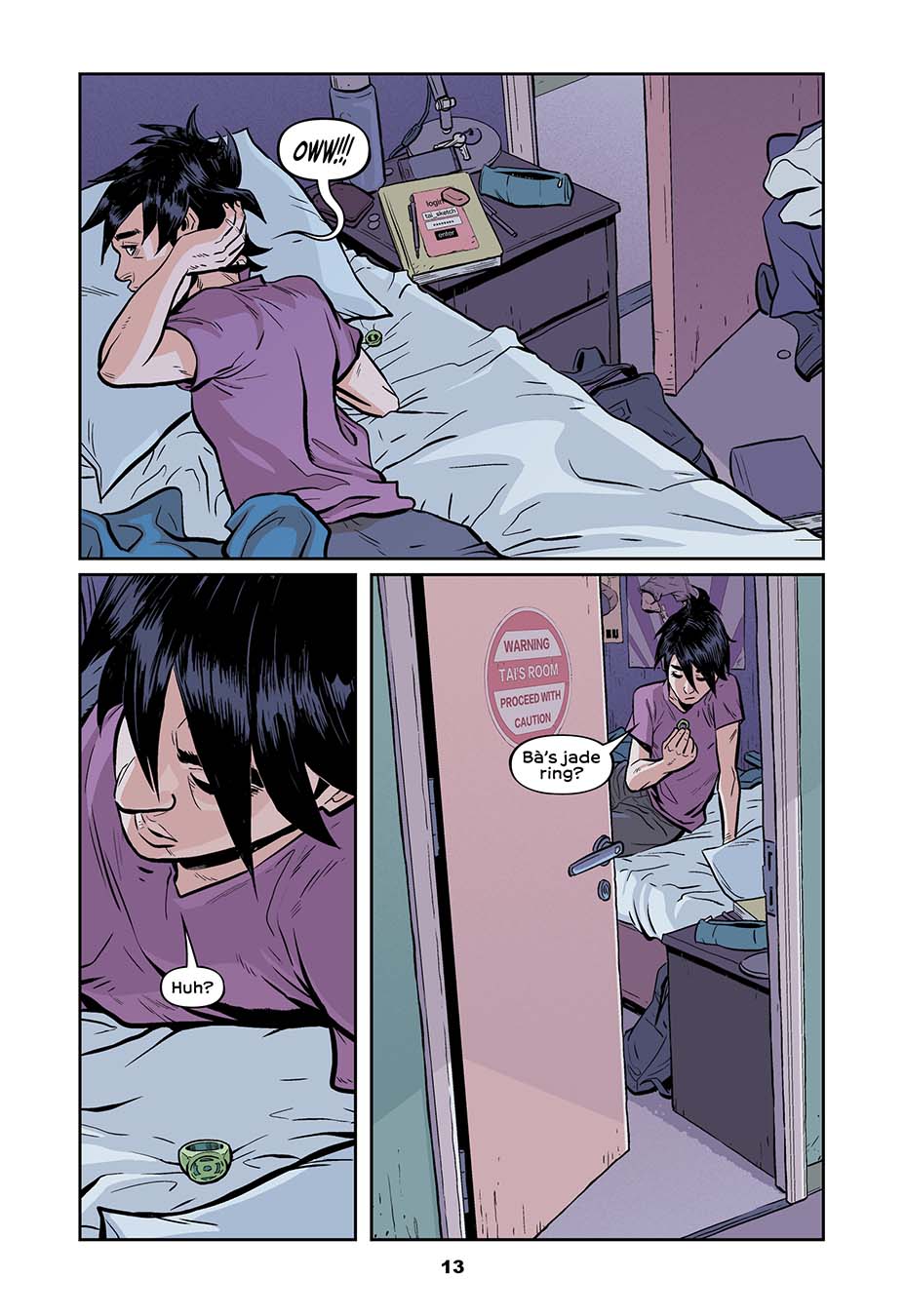 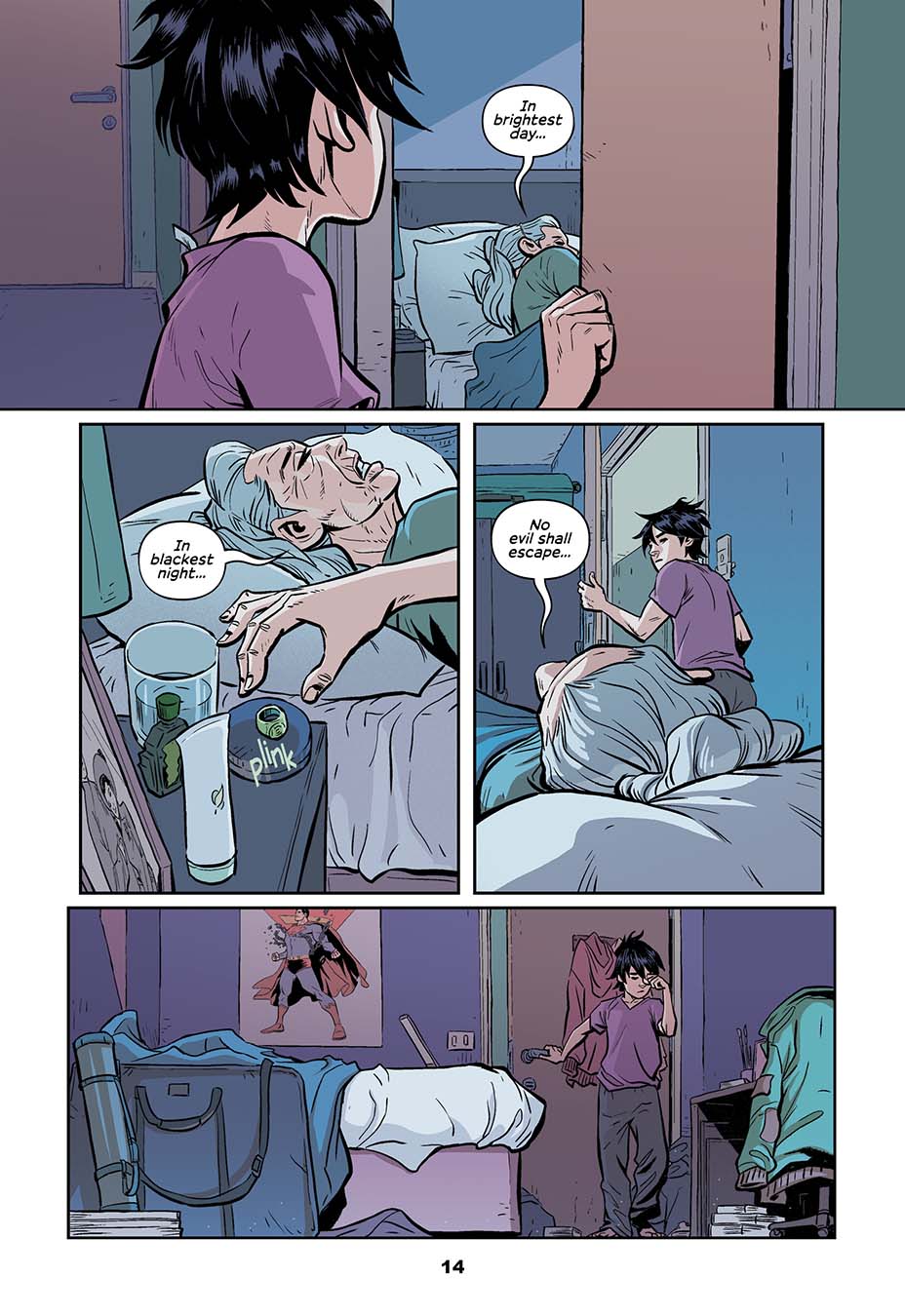 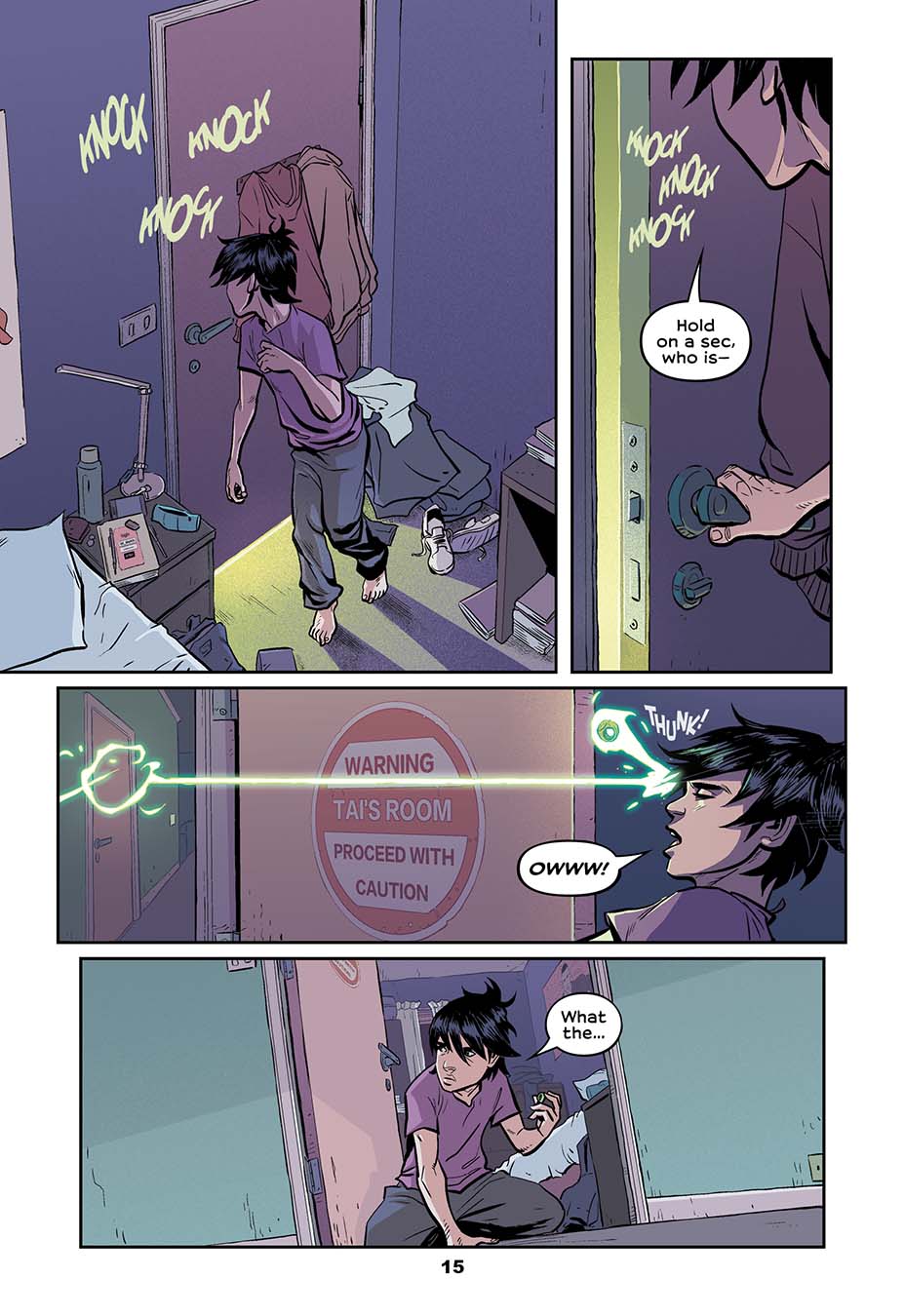 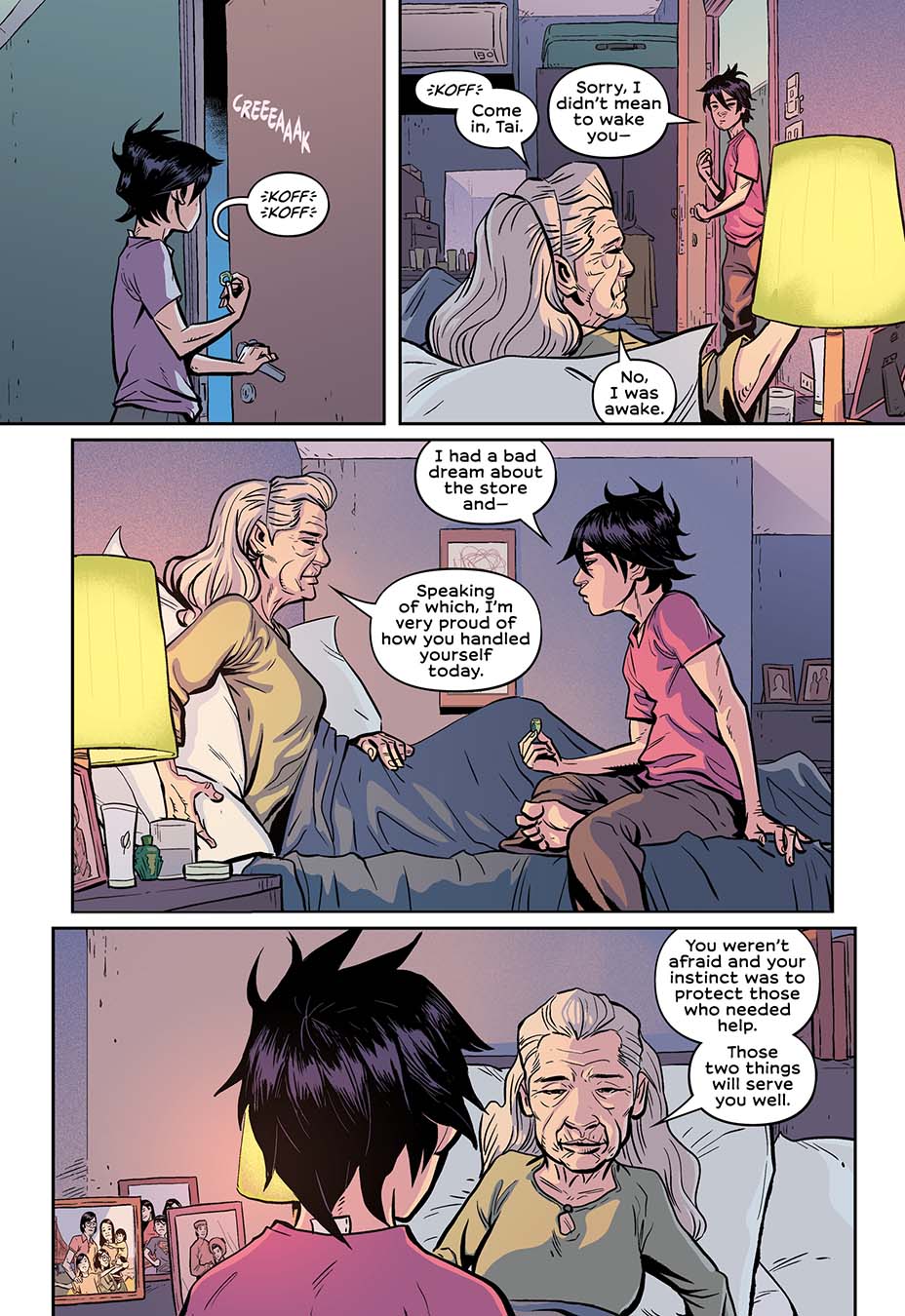 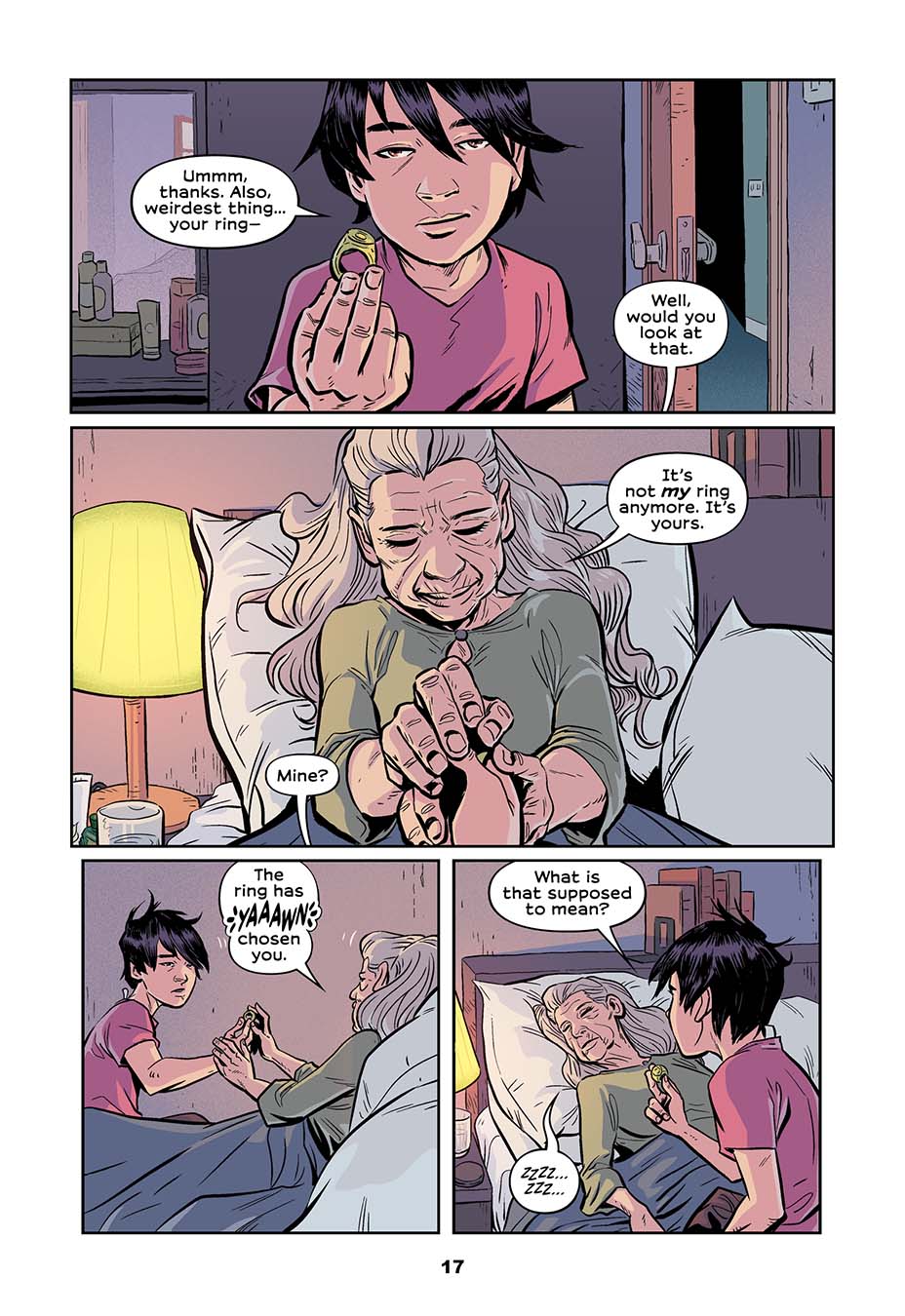 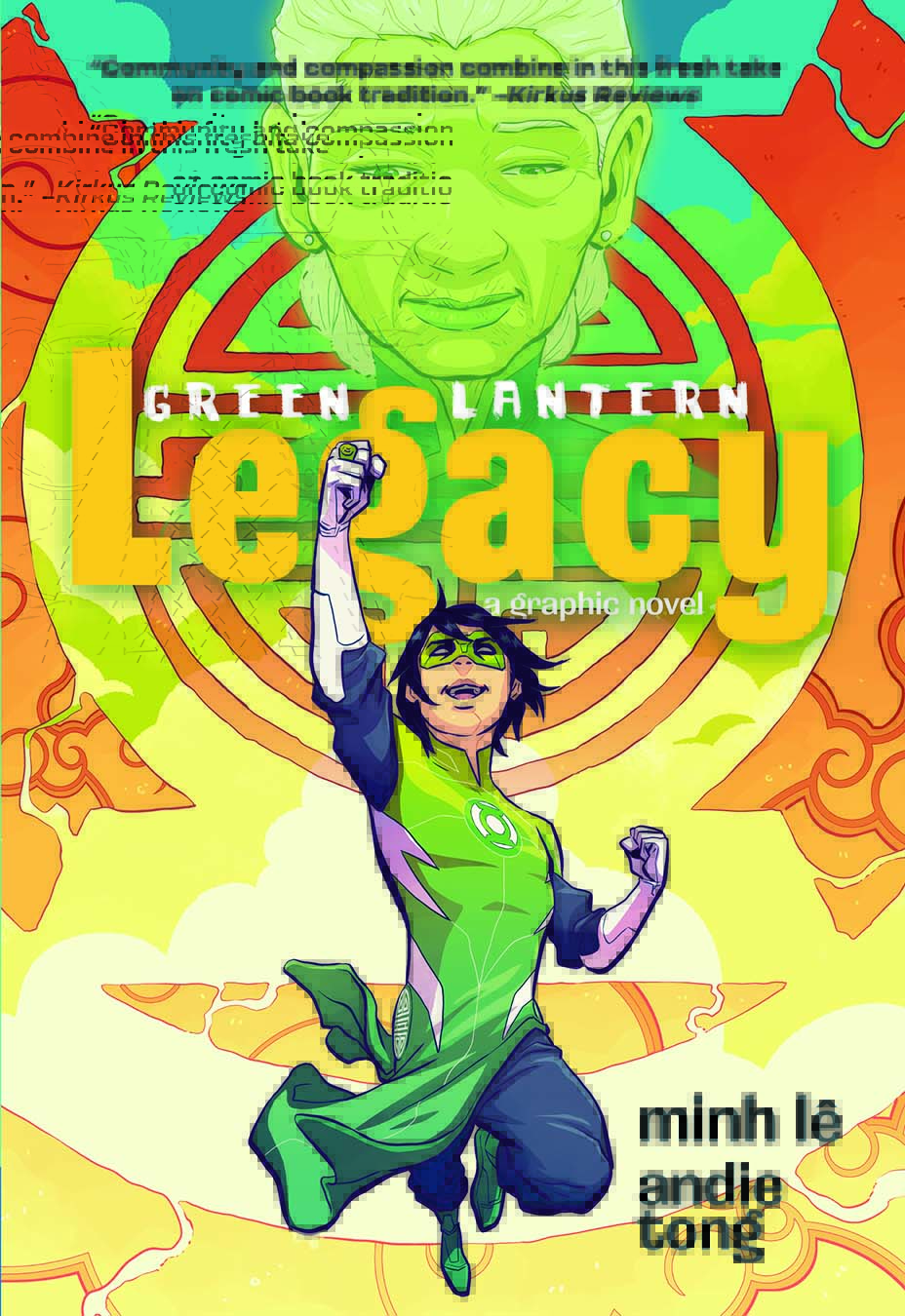