After two weeks of nationwide protests sparked by the May 25 killing of George Floyd at the hands of police in Minneapolis, the Writers Guild of America East took an unprecedented step — confronting a powerful law enforcement union. On June 8, the WGA East became the first member of the AFL-CIO to call on it, the largest labor group in the U.S., to disaffiliate from the International Union of Police Associations, the only law enforcement group represented by the federation. (The largest police union, Fraternal Order of the Police, operates outside of the AFL-CIO.)

Born primarily out of its media members’ interest in the issue — reporters were arrested and, in some cases, injured during demonstrations — the WGA East resolution has brought into focus the tangible ways unions may choose to fight for racial justice. “The AFL-CIO cannot, in good faith, represent the best interests of the police and also represent the best interests of all the other working people who are out here getting arrested, beaten up and abused by the police,” says Hamilton Nolan, a member of the WGA East council that passed the resolution and a labor reporter for In These Times magazine.

But other Hollywood AFL-CIO members, in talks with WGA East leaders, have signaled that they’re split over whether they can aid police reform more effectively by keeping the IUPA close or by disassociating from it (moreover, other unions in the federation also have police members, just not exclusively). For its part, SAG-AFTRA shared June 11 that its president, Gabrielle Carteris, who is also an AFL-CIO vice president, had called on police unions to change practices that protect officers who have engaged in racially charged misconduct from discipline, even if that means retooling collective bargaining agreements. SAG-AFTRA also signed on to a letter, delivered to the House of Representatives on June 23, in support of the proposed Justice in Policing Act, which, in part, would ban police chokeholds and no-knock warrants.

Some of SAG-AFTRA’s members didn’t think these actions went far enough. Alison Becker, a Parks and Recreation actress, union member and the co-creator of a petition calling for SAG-AFTRA to pass a resolution like the WGA East’s, was disappointed by the guild’s lack of action. “What they are essentially asking for is that the IUPA police themselves,” Becker says of her union’s latest statement. “And history has shown that cops will not do that on their own.” Becker, who says a request that the AFL-CIO decouple from the IUPA would be largely “symbolic,” thinks it could be “a step toward abolishing police unions and, in my opinion, abolishing the police force in general as we know it.” Once Becker has gathered a desired number of signatures (the petition has 800 so far), it will be presented to SAG-AFTRA’s executive board.

Several members of the International Alliance of Theatrical Stage Employees, which include technical and artistic craftspeople, have launched a similar petition, calling on the union to ask the AFL-CIO to disassociate from the IUPA. Local 700 editor Nicholas Monsour, who worked on Jordan Peele’s Us, created the call to action, which has gained about 725 signatures so far. “I’m doing this because I’m not seeing our leadership and boards responding in the way we want them to, necessarily,” Monsour says. A group of IATSE members has formed to promote the petition and work on related social justice initiatives — some members, for instance, want to lobby IATSE to rescind its support of L.A. District Attorney Jackie Lacey, who has been criticized for failing to prosecute police officers for misconduct. “We’re all sick of hiding behind these letters and committees that aren’t doing that much,” says Jessica Brunetto, a member of the group and Local 700 and an editor on Awkwafina Is Nora From Queens. “They’re just Band-Aids on a bigger problem that is an onion being pulled back layer by layer as this all goes on.”

Meanwhile, Teamsters Local 399, which reps drivers, casting directors, location managers and other below-the-line workers, has invited members to join its diversity and inclusion task force, which is preparing a mission statement and goals to present to the major studios as soon as July. “There’s been a long and rich history of the labor movement and the civil rights movement working collaboratively together,” Local 399 secretary-treasurer Steve Dayan says. “I think that’s what organized labor’s all about. It’s not just about bargaining contracts; it’s also about social and civil justice.”

Like the Teamsters, multiple industry organizations are fast-tracking inclusion initiatives as a response to protests. Women in Animation, a nonprofit that had pledged to help make the animation industry 50-50 male-female by 2025, is seeking funding and making arrangements to launch a talent incubator program for women of color, expected to begin in early 2021. The National Association of Broadcasters, a trade group for radio and television broadcasters, has created and filled a new chief of diversity officer position and has repeatedly called for an end to police violence against journalists. The International Cinematographers Guild (IATSE Local 600) is among the organizations urging members to cast their ballots for politicians who promote racial justice. “We must vote for leaders who will speak the truth rather than fan the flames of hatred,” wrote Local 600 leaders in a June 1 letter to members. Said national president John Lindley in a recorded message to members on June 5: “It is essential that our members get out and vote this fall and get as many people as possible to vote for the elected leader who can help bring about the overdue change.” 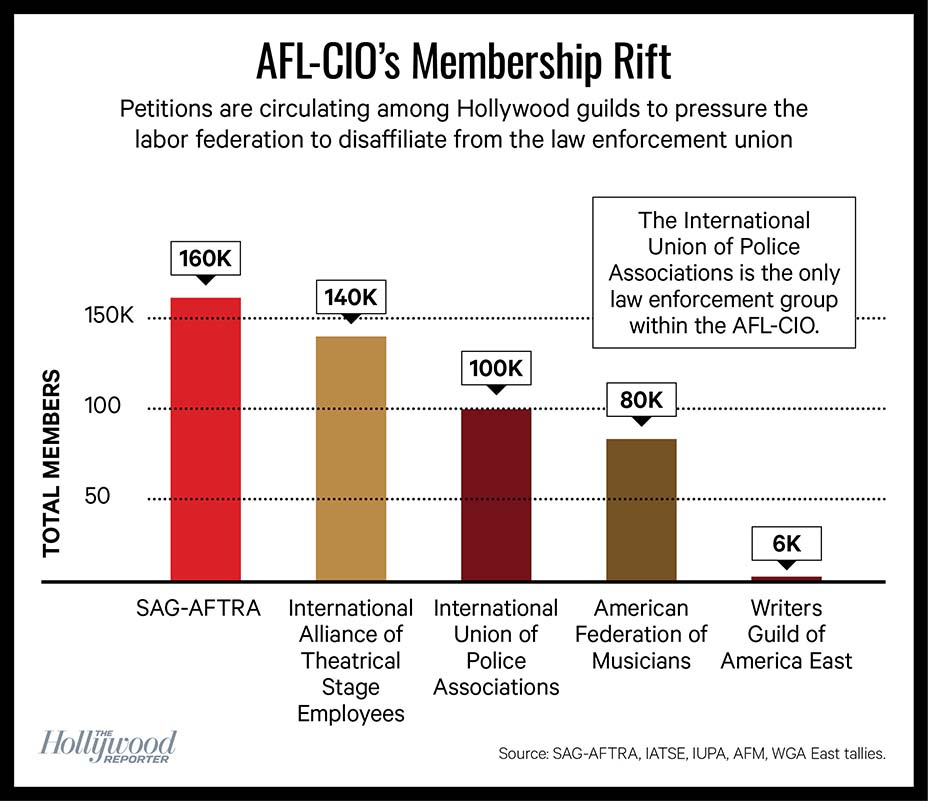