Sixty-two black female television writers gathered at Quixote Studios in November for The Hollywood Reporter’s largest-ever group photo shoot, which publishes in the Dec. 5 Women in Entertainment issue. And it all started with a friendship.

THR senior reporter Rebecca Sun was introduced to LaToya Morgan, co-executive producer of AMC martial-arts series Into the Badlands, last year through mutual friend Keith Chow, editor-in-chief of pop culture blog The Nerds of Color. In March, they met in person for the first time at a dinner organized by journalist Jeff Yang that included #OscarsSoWhite creator April Reign and other black and Asian artists and advocates for inclusion in the entertainment industry.

After Morgan posted an Instagram photo of her Black Women Who Brunch writers group convening at a Palm Springs retreat in August, the two discussed featuring its dozens of members in the magazine (the group is led by Lena Waithe, Nkechi Okoro Carroll and Erika Johnson).

Don’t ever let anyone tell you that you can’t achieve your dreams. Seven years ago I got my first writing job on Shameless. Now I’m standing beside these amazing Black women writer who are changing the game. Be tenacious. Creative. Kind. Dream. Believe. Nothing is impossible. pic.twitter.com/CwSuPva8HT

The conversation resulted in a four-page feature, which aimed to give a platform to the writers to speak about their experiences in the industry — in their own words.

“I always try to use whatever connections I make to help elevate all of us. Even doing this piece in The Hollywood Reporter initiated through a wonderful connection I made with Rebecca Sun at THR, and we began talking about ways to shine a light on the group, and this editorial was born,” says Morgan, who also oversees AMC’s new inclusion initiative.

Morgan adds that the biggest barrier to having more women and people of color as part of the writers room is mind-set. “There is so much talent out there, but the industry has to do a better job of bringing those voices into the writers room. Positive, lasting and effective change can come if people are willing to do a little more work and stretch beyond their comfort zones,” she says. “We are value added to any writers room or project. We are creative forces that you should run to hire.”

Says Sun: “This is why it’s important for us as journalists to be forming genuine relationships with people in various communities across the industry. This is how stories like this can organically develop. It is a small step toward rectifying the chronic under-exposure of black women in Hollywood.”

Claudia Lucia, an L.A. native, captured the group photo that became THR’s largest-ever shoot. THR photo and video director Jennifer Martin Laski was inspired by Ryan Murphy at THR‘s Women in Entertainment event in 2016 to increase THR’s photographer roster from 21?percent to 45?percent female in the past two years.

“Stop asking ‘Where are all the black writers,'” Morgan says. “We are out here. We are working, creating and making great art.” 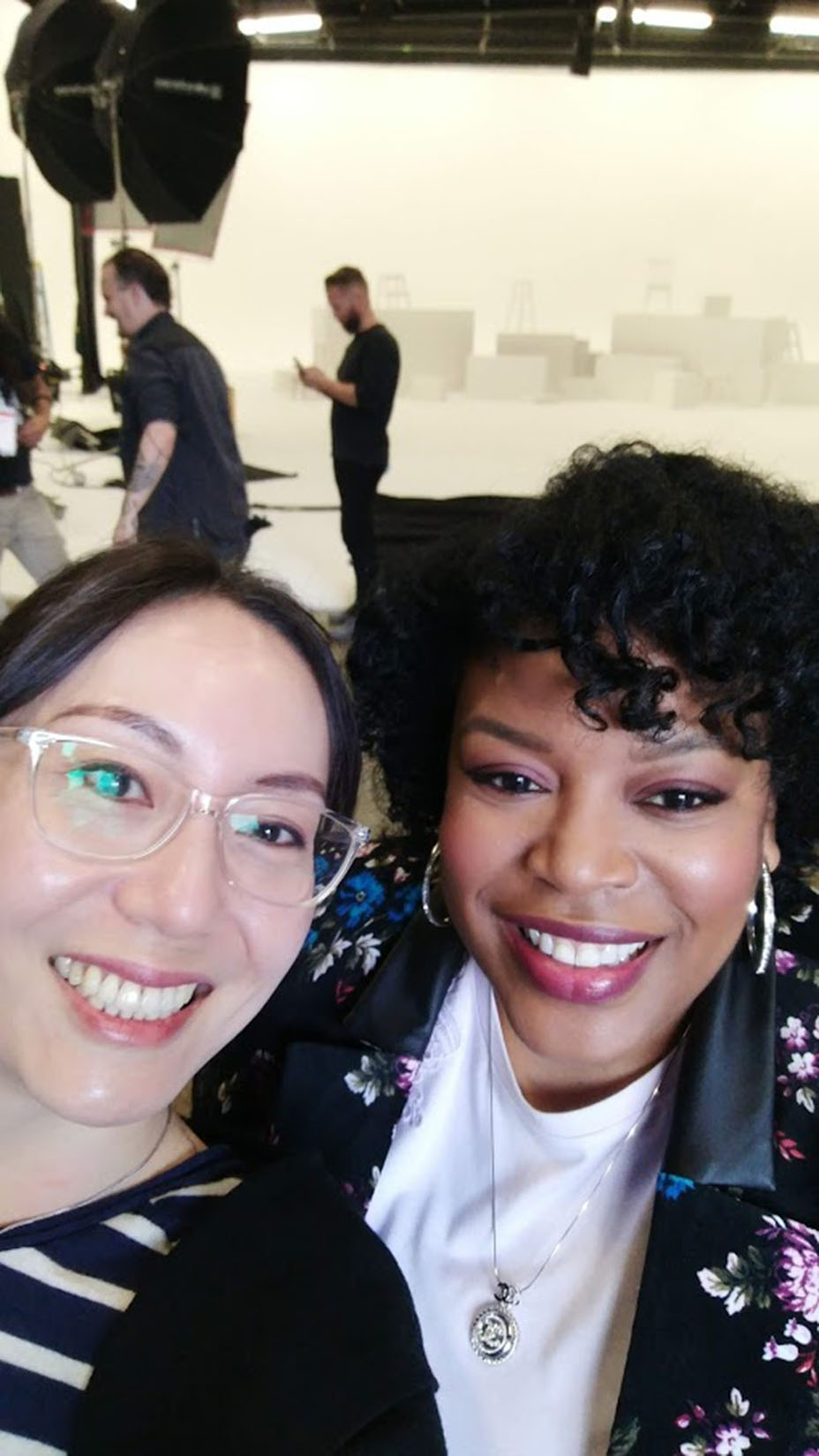 No More "We Can't Find Any Black Female Writers": Here Are 62 Scribes in One Photo