For high-profile and high-net-worth families, almost nothing is out of reach — except spontaneous vacations. There are five-star suites and impossible tables to snag, helicopters to confirm and schedules to juggle (board meetings, film shoots, school breaks). Planning years out is a necessity, says Michael Albanese, founder of L.A.-based luxury travel service Element Lifestyle: “For the ultra-high-net-worth client, it’s a prudent way to maximize precious free time while offering an authentic life experience.” Little wonder, then, that the latest trend among exclusive concierges is planning family vacations five to 10 years ahead for the Hollywood and Silicon Valley elite.

Jaclyn Sienna India, CEO of bespoke luxury travel service Sienna Charles, has seen a spike in the demand for long-term travel planning, industrywide and among her clients — powerful, self-made types with a net worth of $30 million or more, including a number of producers, directors, major actors and actresses (who require nondisclosure agreements). “We plan with their children’s ages in mind,” explains India. “The families travel in the summer, at Thanksgiving, Christmas or Hanukkah and look at three-, four-, five- and up to 10-year plans, taking into account seasonality, safety and the education plan.” It helps that her clients already think this way, she says: “These are type-A personalities, so they have school calendars down pat for the next four years.”

That’s not the only reason timing is essential. “If you take a 3-year-old to Spain, it’s not going to stick with them,” says Steve Sims, founder of executive concierge service TheBluefish, whose clientele includes a number of “Hollywood faces,” studio execs and film financiers. “But at 8 or 9, they’ll notice the difference in culture and language and the different way you handle things.” When choosing a younger child’s first overseas trip, India considers the visceral pleasures of Italy as an ideal starting point. “A gondola ride in Venice, gladiator tour, pasta-making? They can understand culture from that perspective,” she says. As kids age, they can graduate to Japan and Israel, then, down the line, Southeast Asia and African safaris.

A 'Fifty Shades' Cocktail? How Booze Is Becoming the New Popcorn at Movie Theaters

The popular notion that parents have “16 summers” with their kid before he or she leaves the nest doesn’t apply to travel, says Sims. In reality, he says, parents have six to eight summers between when a child becomes old enough for an immersive journey and when he or she becomes immersed in a device. Bigger families may even have a smaller window, says India: “If the kids are 10, 12 and 15, the family only has three years to see as much as they can” together before the eldest leaves for college.

One of her clients — a producer with multiple big-budget film-franchise credits who’s married with three boys, ages 3, 13 and 15 — wanted to “properly plan at least one big trip a year with the family to see different aspects of the world and the people around us.” The family has vacations booked to Scotland (this year), China and Hong Kong (2018), South Africa and Botswana (2019) and Patagonia and the Galapagos Islands (2020), with each trip designed, he says, to “build on the last and the kids’ education.” Curriculums often come into play, says India, who has sent a family with kids learning Roman history to Italy and another whose teenagers were studying Mandarin to China.

Some of Sims’ clients even have arranged eight-month world tours with their teens and a private teacher. One Emmy- and Oscar-winning screenwriter did this across Europe with his 11-, 12- and 18-year-olds. “With kids and the pace of life, it’s comforting to know I have certain experiences locked in and won’t miss or overlook them,” he says.

Albanese sees the wealthy elite placing a higher value on meaningful, highly personalized experiences than status destinations. India agrees: “Experience is the new luxury. Getting a perspective that a normal person can’t buy — that’s what they’re looking to spend their money on.” With Sims, such experiences might include working alongside Michelin-starred Spanish chefs in their gardens and kitchens; guided after-hours or closed-door tours at the Uffizi, Gucci Museum and Dante’s cathedral in Florence; or diving to the Titanic in a submersible, which he just booked for a father-daughter for 2018. Breakfast atop the Arc de Triomphe; hands-on panda encounters in Chengdu, China; embedding with a tribe in remote Ethiopia; and dining with the Hermes family in Paris are a few of the bespoke experiences India has arranged. Albanese’s itineraries include private visits to Maison Guerlain to make perfume and luxe three-week trips on the Trans-Siberian Railroad. He also has had the Sistine Chapel and Louvre closed down — in July — for private visits and secured an intimate dinner with three-Michelin-star chef Eric Ripert. Adds Sims: “People don’t care how much your watch is, they care about the two weeks spent in Salvatore Ferragamo’s Tuscan home, speaking with his family.” Five-star pampering can include a philanthropic component, such as an archaeological dig or school visit, says Sims, who notes, “It also helps with the kids’ Ivy League applications.”

Naturally, with this type of client, cost tends to be an afterthought. Concierge services typically charge retainers or annual membership fees that start at $5,000, and clients spend anywhere from $40,000 to a few million dollars on a single getaway. Adjoining rooms for a family of four or five easily can reach $20,000 a night. And high-net-worth clients invariably fly private or first class as they are accustomed to doing, though they will sometimes have their children fly coach for the experience — depending, says India, on “what they want to show their kids as far as wealth.”

Sienna Charles offers a 17-day tour of Italy that begins in Tuscany at Castiglion del Bosco, where antique Fiats are on hand for a winery drive. From the seaside Hotel Il Pellicano, families tour the Tuscan archipelago by boat. In Rome, a private Underground Layers tour unlocks the city’s archaeological secrets, and a Behind Palatial Doors tour provides a look inside typically off-limits historic palaces. The trip concludes in Puglia at the Borgo Egnazia hotel with bicycling around the countryside and along the Adriatic, a boat trip to sea caves and exploring a pre-Roman cave system, plus a burrata-making lesson with a local artisan.
$125,000 for a family of six; siennacharles.com 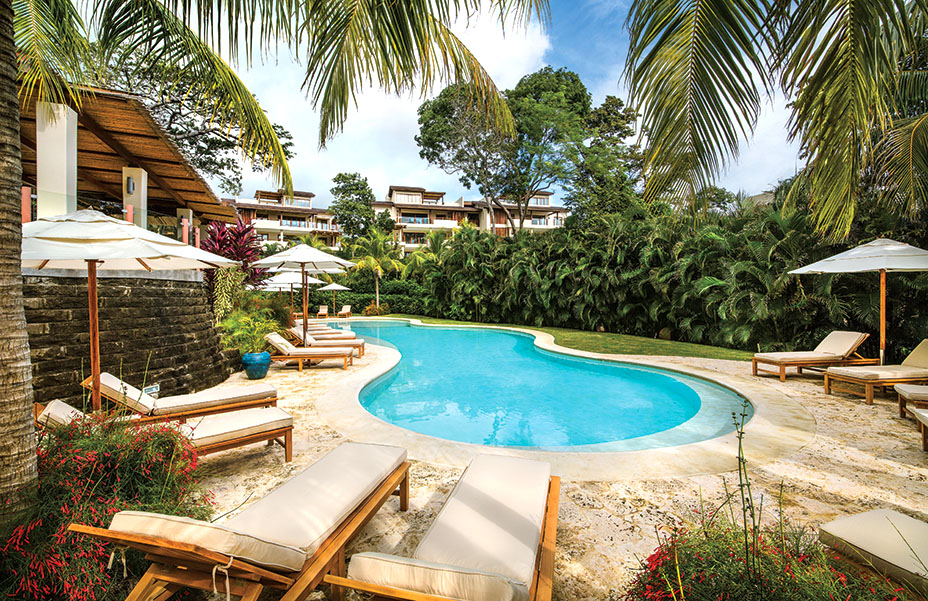 Element Lifestyle’s 12 days in India begins in Delhi with a special visit to a gurdwara (a Sikh temple), a private kids’ cooking demo and a visit to the Taj Mahal. Families then take game drives at Ranthambore National Park. A sunrise hot air balloon trip and painting elephants with traditional Indian designs come later, along with a camel ride and an exploration of a rural Rajasthani village, a Kathakali dance performance and a houseboat tour of the “Venice of the East,” in Kerala’s backwaters. Opulent accommodations include The Imperial New Delhi hotel, three Oberoi properties and former Maharajas’ residences such as the Rambagh Palace in Jaipur.
$100,000 for a family of four; elementlifestyle.com

As part of Sienna Charles’ 12-day tour of Morocco, guests stay at the gorgeous Riad Fes, a Relais & Chateau property, Four Seasons Hotel Marrakech and the intimate desert oasis Dar Ahlam. The experiences include private guided tours through backstreets, ancient mosques, souks, ruins and shrines in and around Fes; a horse-and-carriage ride along the pink-walled medina in Marrakech; a traditional tom tom drum-making workshop, a hike through Berber villages, a camel trek, and private outdoor cooking class in the High Atlas Mountains, in which guest prepare a tagine in an earthen stove.
$135,000 for a family of five; siennacharles.com 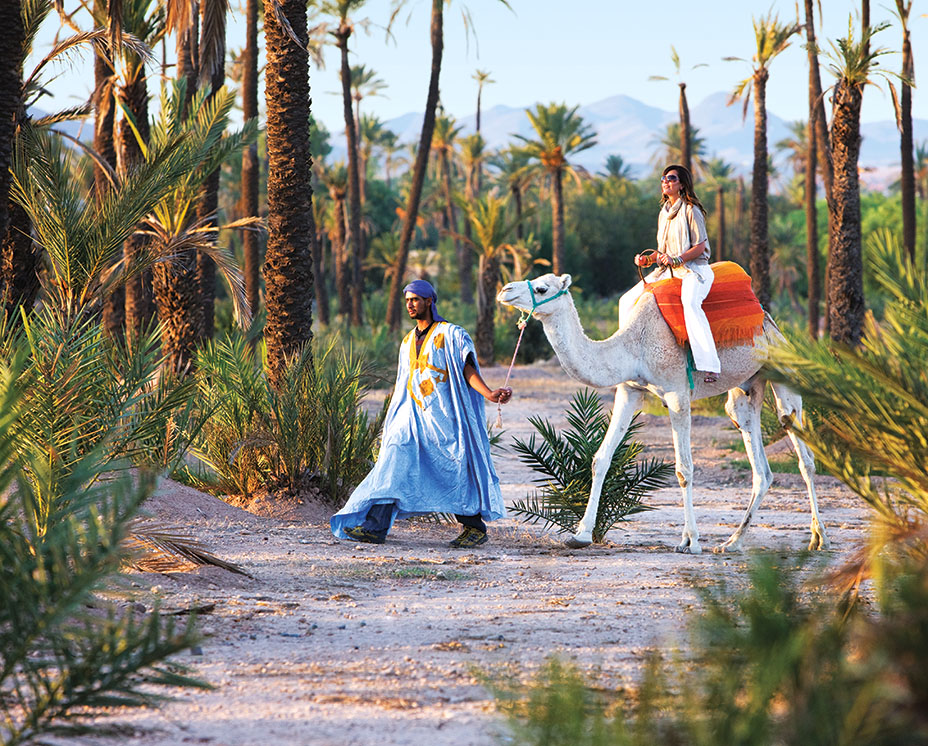 The ultimate 12-day South African safari begins with a private flight from Johannesburg to Singita Ebony Lodge in the Sabi Sands Game Reserve for safari trips (walking, mountain-biking or by Land Rover) with a personal guide to see big cats, and then on to Singita Sweni Lodge for more wildlife viewing. Fly to Franschhoek to explore the Cape Winelands, visit Butterfly World and encounter eagles and cheetahs. Then to Cape Town, staying in the One&Only, for kayaking past an African penguin colony and touring the peninsula.
$46,000 for a family of four (airfare not included); elementlifestyle.com

On Sienna Charles’ luxe tour of Thailand, guests spend five nights at Four Seasons Tented Camp Golden Triangle to soak up cultural and nature-based activities: Visitors learn elephant training commands, trek through the jungle and bathe them in the river, make a day trip to Burma, and hike to a Lahu hill tribe village, waterfall and hot springs. From there, guest continue to Four Seasons Resort Koh Samui for six nights in a lavish villa on the island’s idyllic beaches, then finish up at the Peninsula Bangkok with a private nighttime tour of the city’s historical districts, unique cocktail bars and pulsing markets.
$100,000 for family of four; siennacharles.com 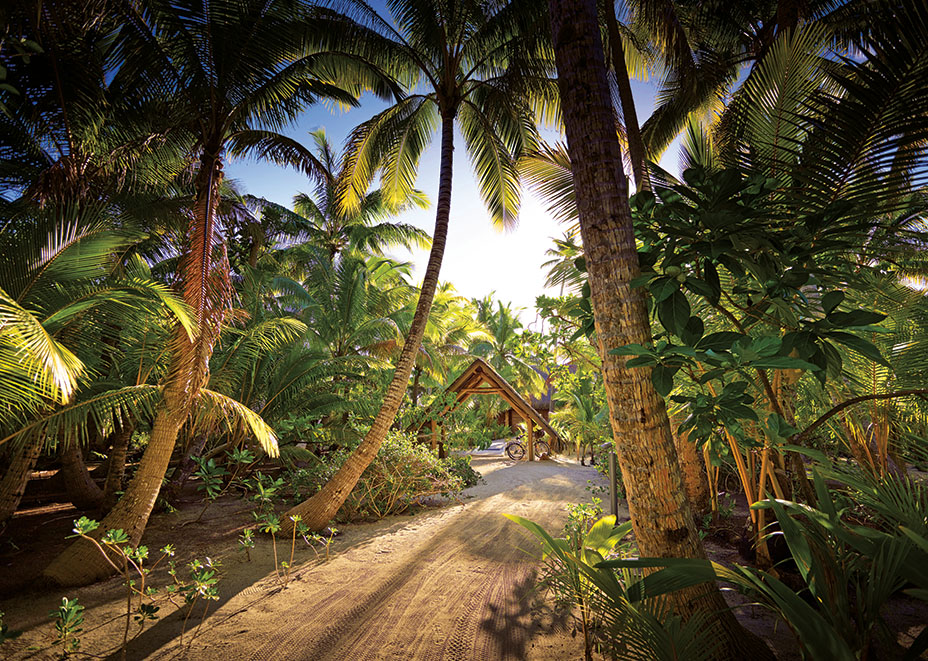