French New Wave star Jean Seberg might be best known for her role in Breathless, the 1960 film directed by Jean-Luc Godard. Granted, many remember her for her blond pixie cut, but Seberg was so much more. She pioneered the actor-activist role, publicly supporting the civil rights movement long before Alyssa Milano, Jane Fonda and Susan Sarandon used their celebrity status as a platform for human rights.

Seberg, the Amazon Studios film will be released in theaters on Friday, Dec. 13. Directed by Benedict Andrews, the film follows Seberg (Kristen Stewart) in the late 1960s in Los Angeles as she befriends the Black Panther Party and becomes a donor to their cause. Despite her efforts to share her privilege to help fund her politics, many still see her as the girl with the pixie cut. 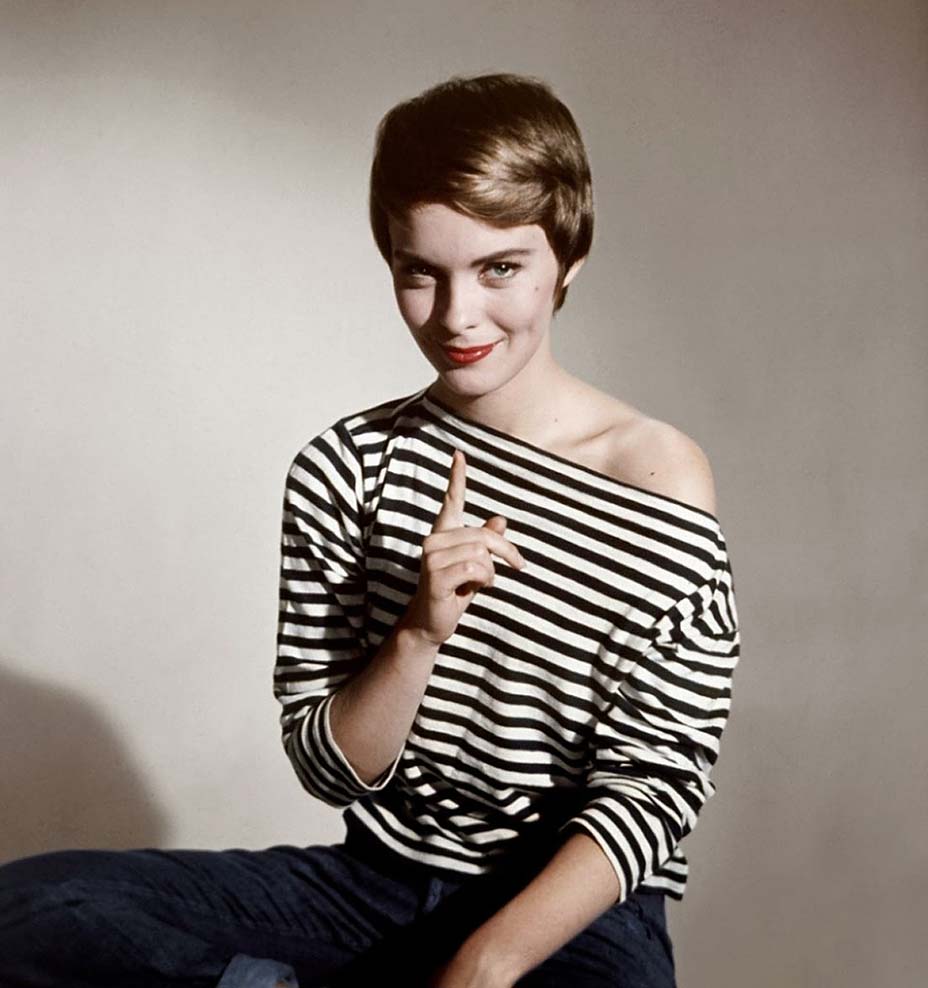 “Her haircut made her the epitome of New Wave chic, but what is less know is her involvement with civil rights and her support of the Black Panther Party,” Andrews tells The Hollywood Reporter. “Our film shines a light on a darker period of her life at the end of the 1960s and early 1970s, when she was persecuted by the FBI for her politics.”

The film details Seberg’s rocky affair with African American civil rights activist Allen Donaldson, known as Hakim Jamal (Anthony Mackie), and how the FBI used slut-shaming tactics to tarnish her public image. From cartoon posters mocking Seberg, which were posted across Hollywood, to a media smear campaign, the FBI’s tactics purportedly led to her psychological breakdown and eventual suicide in 1979 at age 40.

“She was fiercely against injustice and wanted to use her privilege to fight for civil rights,” said Andrews. “She was a force for change who was unfairly and tragically targeted by her own government. The fact that she was silenced and persecuted for her activism is an American tragedy.”

Sarah Stamp, the film’s hairstylist, first worked with Stewart in her Los Feliz home in July 2018. “Kristen is a great cook. We had dinner, then I turned her into Jean Seberg,” recalls Stamp. “It wasn’t a huge prepping movie — just run and go. I just cut it all off and colored it but with a lot of discussion beforehand.”

They sifted through hundreds of photos of Seberg, from shoots and stills to editorials. “Kristen loved that drabby blond look,” said Stamp. “She always wants things to look messy, like a mistake, so I made it choppy. I just went into it, cut it all off. Then Kristen looked up and said, ‘I love it; it’s perfect.'”

Hair-coloring has drastically changed over the past 50 years, so Stewart’s hair was heavily highlighted with a variety of buttery blondes, rather than bleached with harsh peroxides. “We made it more yellow on purpose, because it made more sense from the time period,” said Stamp.

Even though hairspray was the highest-selling beauty product in the 1960s, Stamp didn’t use it. She relied on Kevin Murphy’s Night Rider molding paste. “Kristen isn’t a big product junkie; she thinks putting coconut oil in her hair is enough,” said Stamp. “Product isn’t a big thing to me either, if the cut and style is there, you know?”

Could the pixie cut be the quintessential political haircut for women, with the 2020 election around the corner? Stamp thinks the film could bring the pixie cut back. “Everything is getting shorter, for sure,” she said. “That recent beach-wave look has disappeared. We’re going to bobs, and, after that, the looks will be shorter. I think that’s what women are feeling right now, that hair isn’t defining. It doesn’t make us who we are.”

When the film premiered at the 76th annual Venice Film Festival in August, Stewart explained at the press conference how the film resonates today: “People are asking, ‘Why is it an important story right now?’ But it is because it is.To sacrifice for something you really love, for other people, is a memorable and courageous thing to see.”

“Jean Seberg was a compassionate humanitarian in a time when people didn’t want to stomach that,” she said. “We should definitely know her for more than just the short haircut and the movies.”