It’s now been over a year since a gunman took the lives of 17 people inside Marjory Stoneman Douglas High School in Parkland, Florida.

Jeff Vespa did not need the reminder. The onetime celebrity photographer — known around Hollywood as one of the founders of photo agency Wireimage, and someone who has focused his lens on just about every A-list star in the city over the past two decades — has closely documented a tragedy that threatened to change America’s attitude toward gun violence. His work with survivors has been well documented, from viral social media videos to emotional BuzzFeed posts, and now there’s a new way to glimpse his work sharing the stories of those most closely affected by the shooting and his passion to see change in gun control in the U.S.

Vespa is part of a joint art exhibition at Bruce Lurie Gallery (2376 S. La Cienega Blvd.) that features his “Parkland Portraits” alongside Mel Greet’s “The Truth of Consequences.” Vespa photographed more than 50 Parkland insiders, including survivors, teachers and family members. The final show features an edited selection of 15 images. Among those on the wall are Emma Gonzalez, David Hogg and Aalayah Eastmond, recognizable to anyone who has followed the news over the past 12 months as these students, and many others, have made the transition from regular teenagers to passionate activists.

The show opened Feb. 9 and continues through Feb. 28. The portraits are for sale, and Vespa says all the proceeds will be donated to the Brady Campaign to Prevent Gun Violence.

Vespa, an avid reader who keeps up to date on events in and outside of Hollywood, got on the phone with The Hollywood Reporter to explain how the exhibition came to be, saying that his work started not long after he saw the horrific news on television. “Of course I have always believed in gun control, but I’ve never done anything with it, because I always believed that nothing could be done because of the NRA’s chokehold,” he says. “But when I saw these kids, I said, ‘Holy shit, that’s it.’ You can’t bullshit or lie to kids. They don’t buy it. The kids came out immediately and said, ‘No fucking way are we going to sit back and take this.’ They have so much power, and I thought that I could help them.”

He started by putting out the word on social media that he wanted to contribute in some way. The call to action garnered interest and help from a variety of Vespa’s contacts. He praised the efforts of publicists Marcel Pariseau, Wendy Zipes Hunter and Chet Mehta, Mike Windle and Jeniffer Goldman, the latter of whom moved from Los Angeles to Parkland to raise a family and offered him a spare bedroom while he situated himself in the area and offered his help. “They were all so instrumental in this, helping out in every step of the way,” he notes.

Those steps included multiple trips to and from Parkland to meet with survivors and victims’ families. He then dove in and started filming emotional testimonials, which led to the formation of the viral #WHATIF campaign. As founder, Vespa explains on the website, “#WHATIF instead of thoughts and prayers we had policy and action? #WHATIF Congress stopped taking money from the NRA? #WHATIF children didn’t have to die for us to pay attention? These are the questions that the Parkland student survivors are asking in an ongoing series of viral videos called #WHATIF.”

From those clips, he cut a three-hour video installation, which is also a part of the gallery exhibition. Seeing his work on the walls is gratifying for Vespa, but he hopes it only continues to shine a light on the courageous kids and families who are still reeling from the tragedy.

Because of that, the experience has been an emotional journey for Vespa. Well, that, and for another reason — his wife, Emily, was pregnant during the bulk of his trips back and forth to Florida, meaning he constantly wanted to be in two places at once. The couple welcomed a second daughter, Josephine, last September, and the time away from his L.A. family eventually delivered another unexpected bonus: “Parkland is a special community, and the people there now feel like family.” 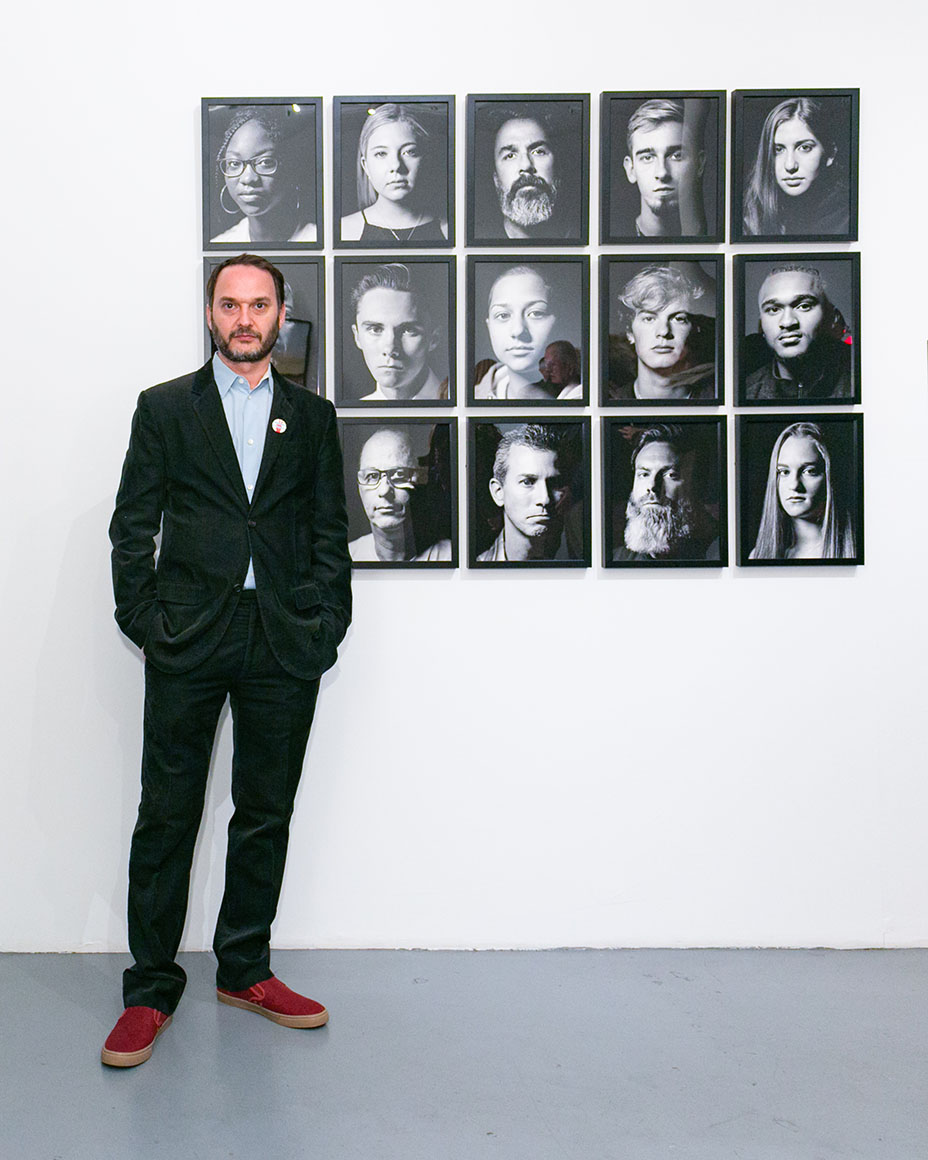 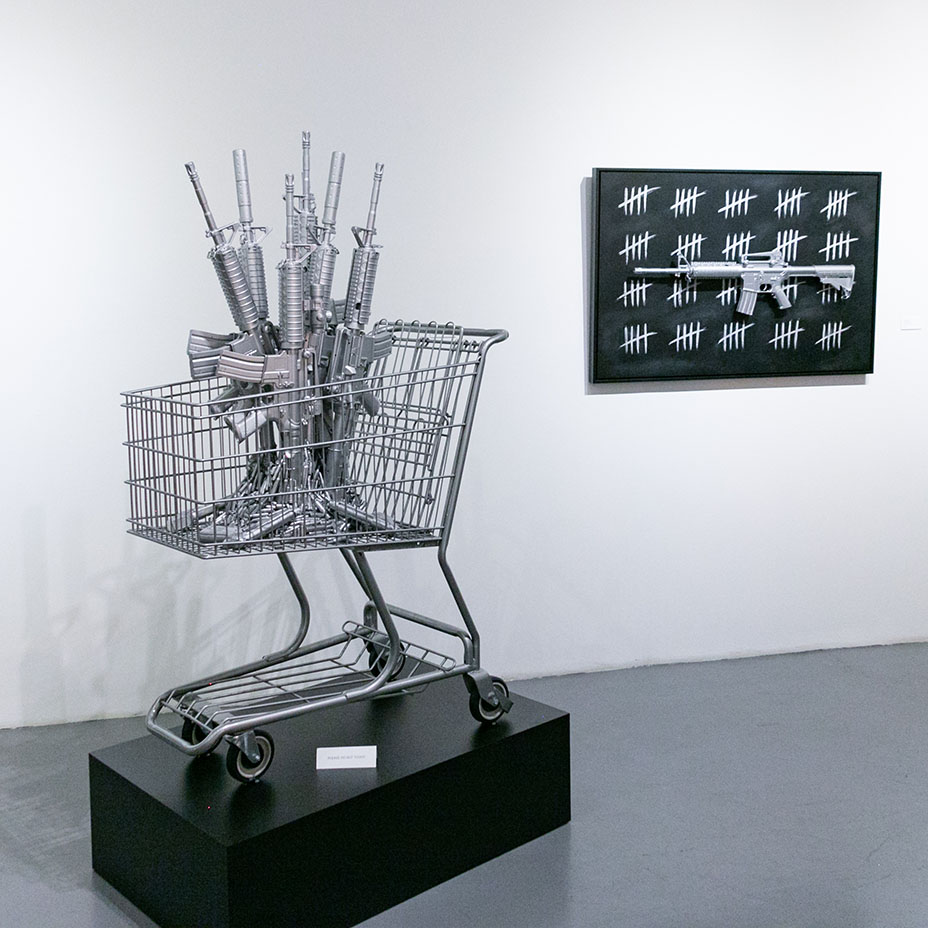 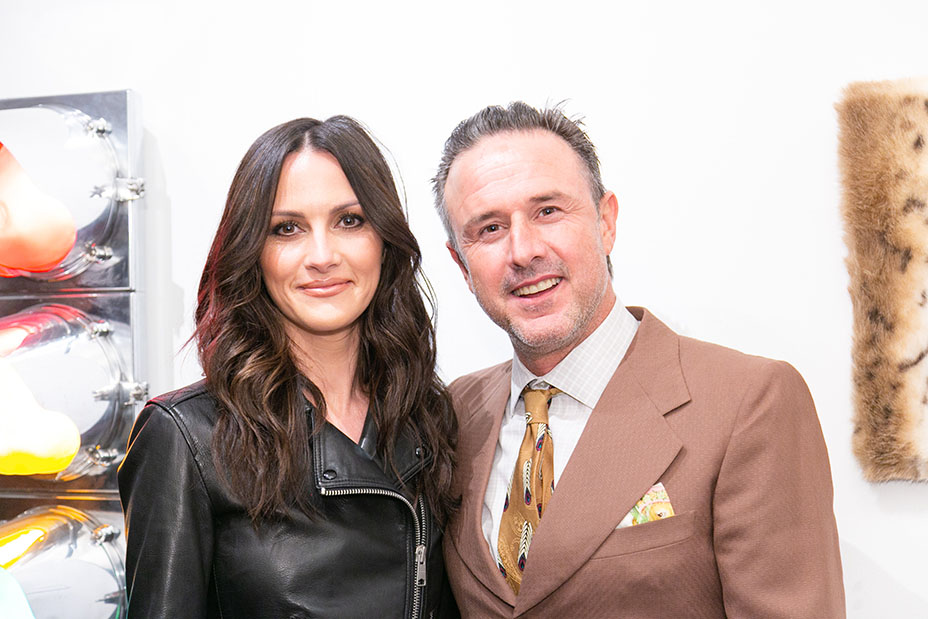 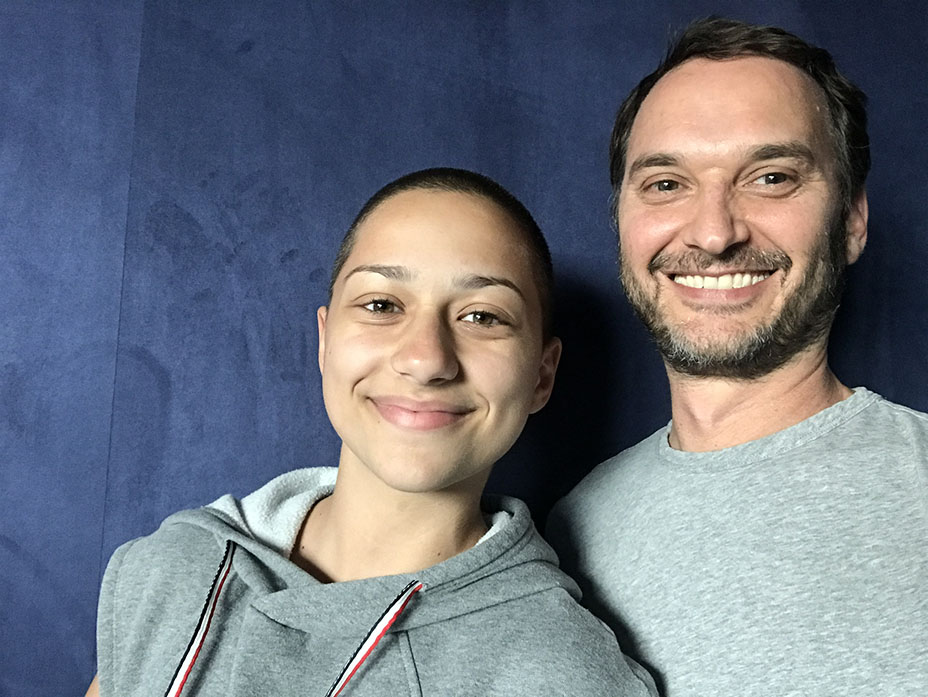