The Oscars red carpet is one of the biggest fashion moments of the year, so when stylists Rob Zangardi and Mariel Haenn found out last December that their longtime client Jennifer Lopez would be presenting at the 91st Academy Awards, they knew they had to work fast.

“This was before nominations came out or any of the other presenters had been announced,” Zangardi told The Hollywood Reporter. “We have a direct line to a lot of designers like Zuhair Murad, Versace, Oscar de la Renta and Elie Saab so we messaged them immediately.” 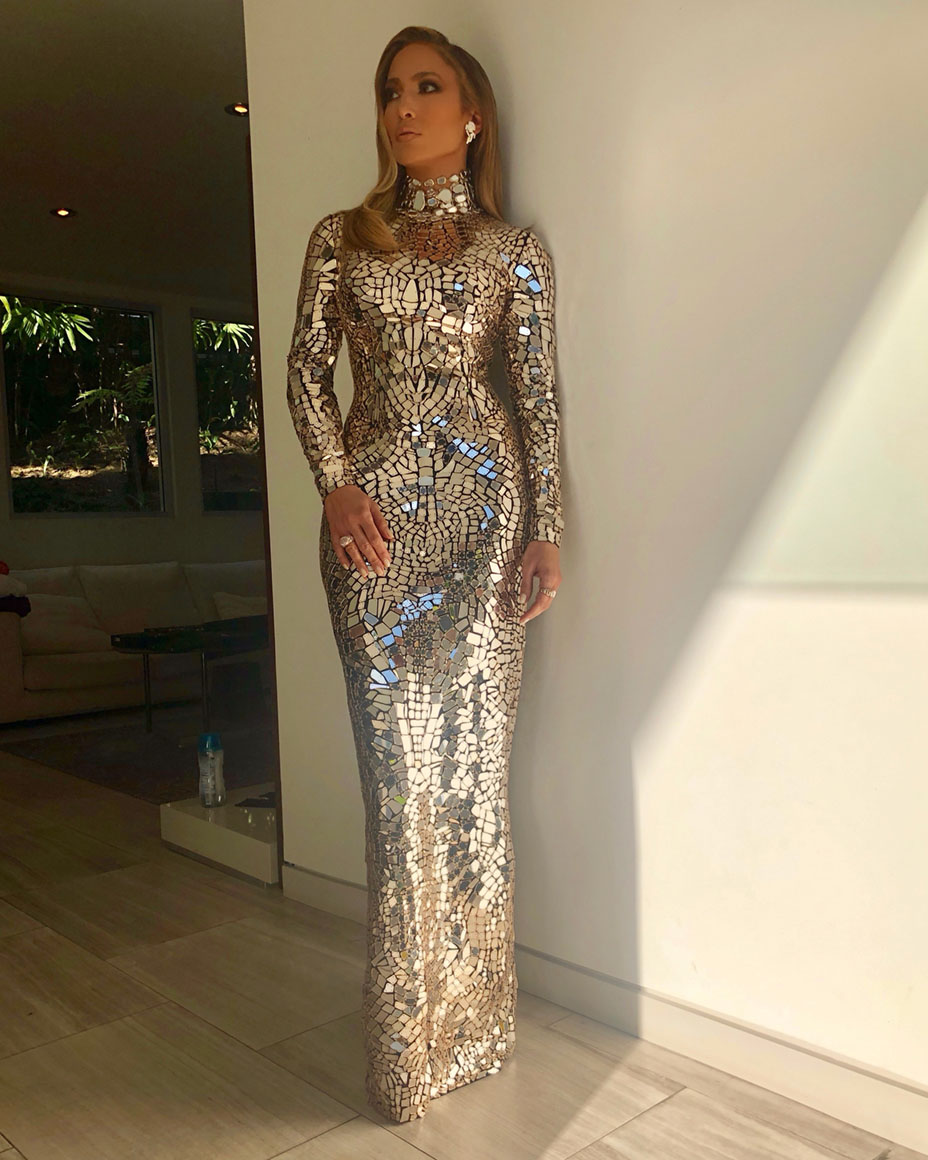 What they got back was a selection of never-seen-before sketches of the impending couture collections from a host of fashion houses. “It was really fun for us as stylists, because we got to see what entire collections looked like before anyone else and were able to share our picks with Jen,” said Zangardi. 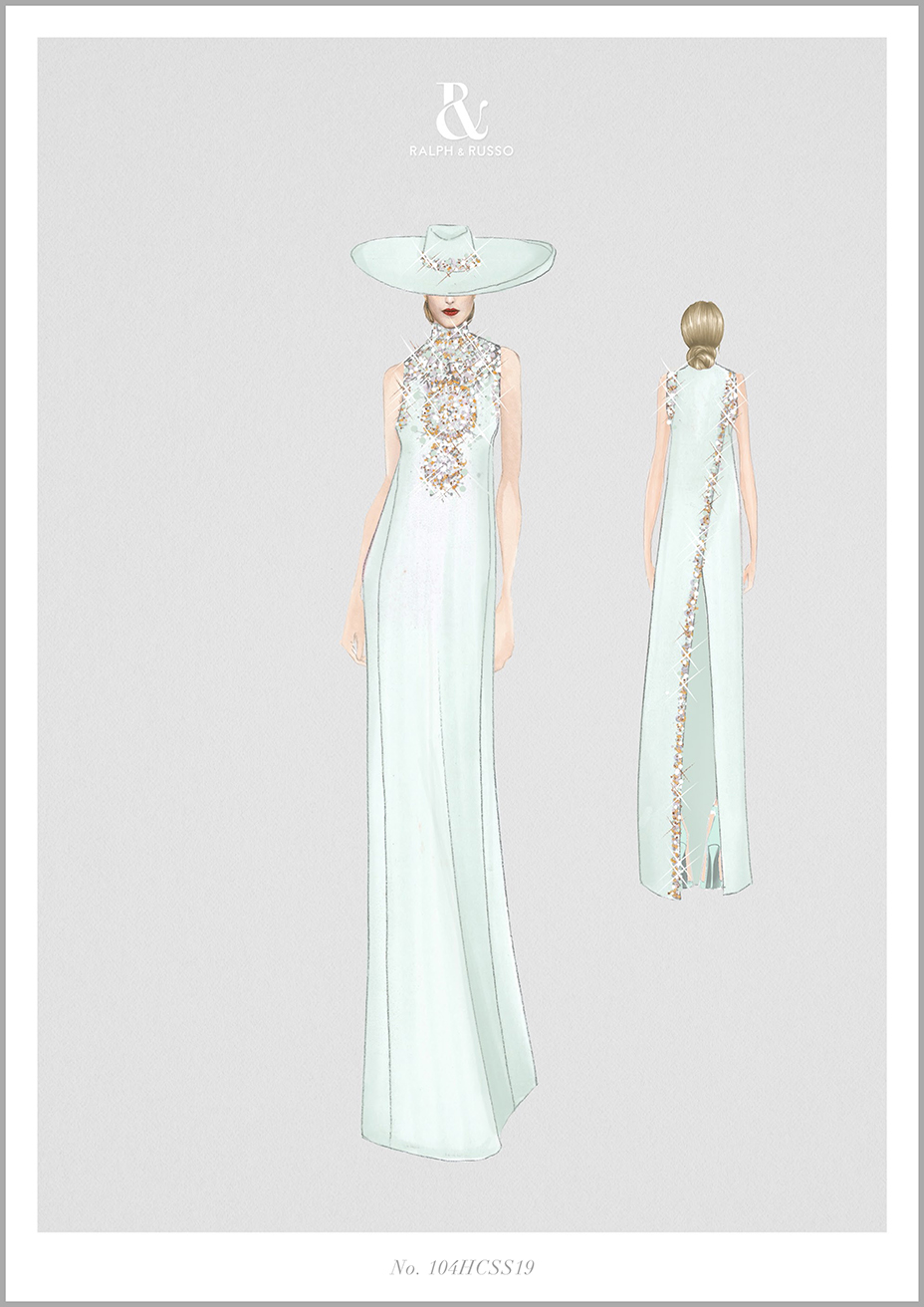 After presenting their favorite looks to Lopez, the pair put in their requests, effectively putting the pieces on hold before the dresses had even been made. And while not all the looks were suitable for Lopez’s presenting gig, there were plenty of pieces that caught the stylists’ eyes as options for other awards season events. “We had all the Ralph & Russo sketches and ended up choosing one of those looks for the Grammys,” said Zangardi, referring to the high-necked, crystal-encrusted gown and matching hat the singer wore on the red carpet. 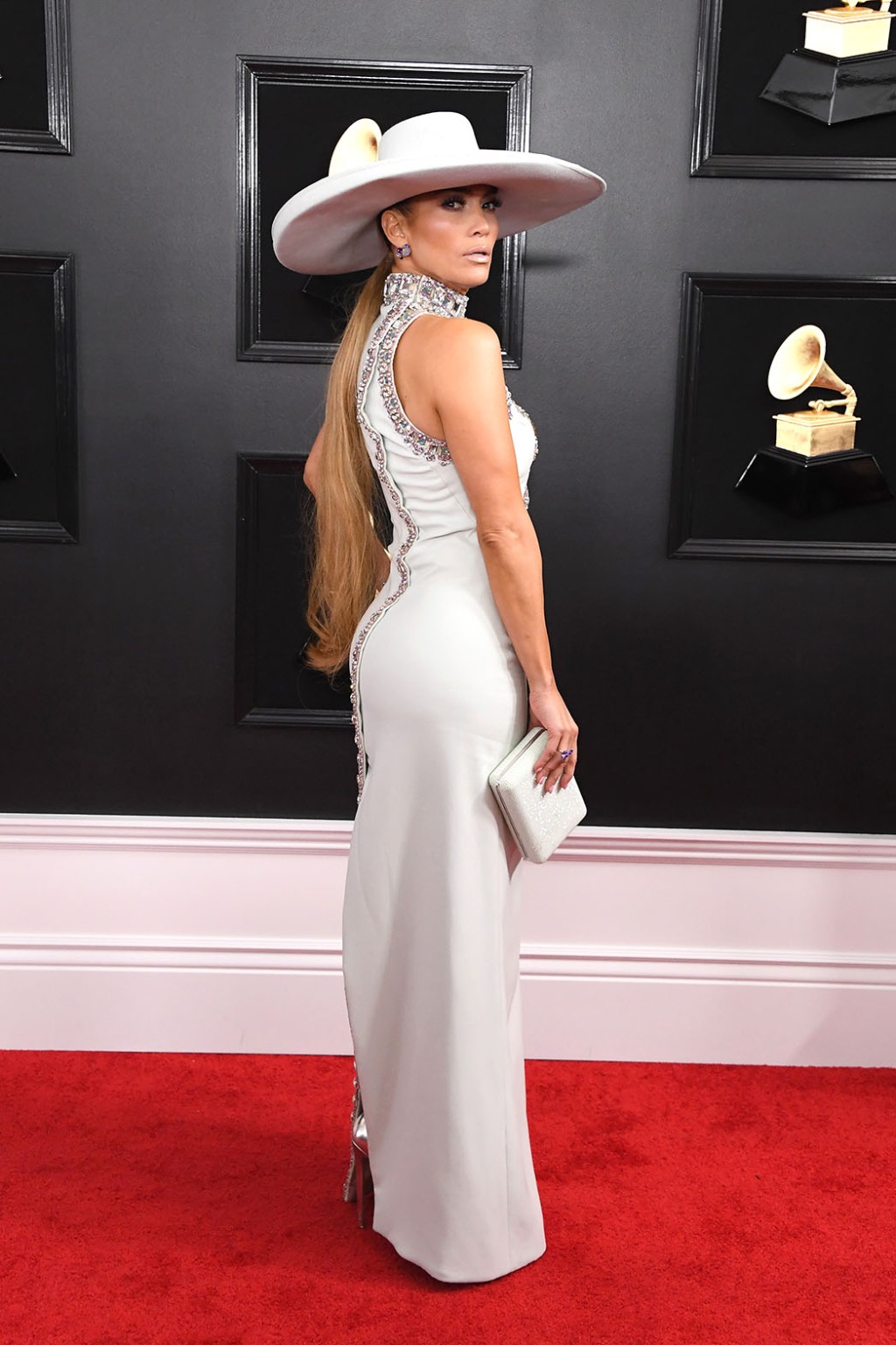 As the date of the Oscars loomed, Haenn and Zangardi began to narrow their options down, but two weeks before the big night they still had five contenders. “We will narrow it down a bit more but that’s just the reality of awards season,” said Zangardi of the fact that they were sitting on some the most requested dresses from every 2019 Couture collection. “We never really know what we are going to wear until the day of, so the designers need to decide if they want to hold their best dress for the last event of the season in the hope that Jen will wear it, or lend it out to someone else for the SAG awards, let’s say.” 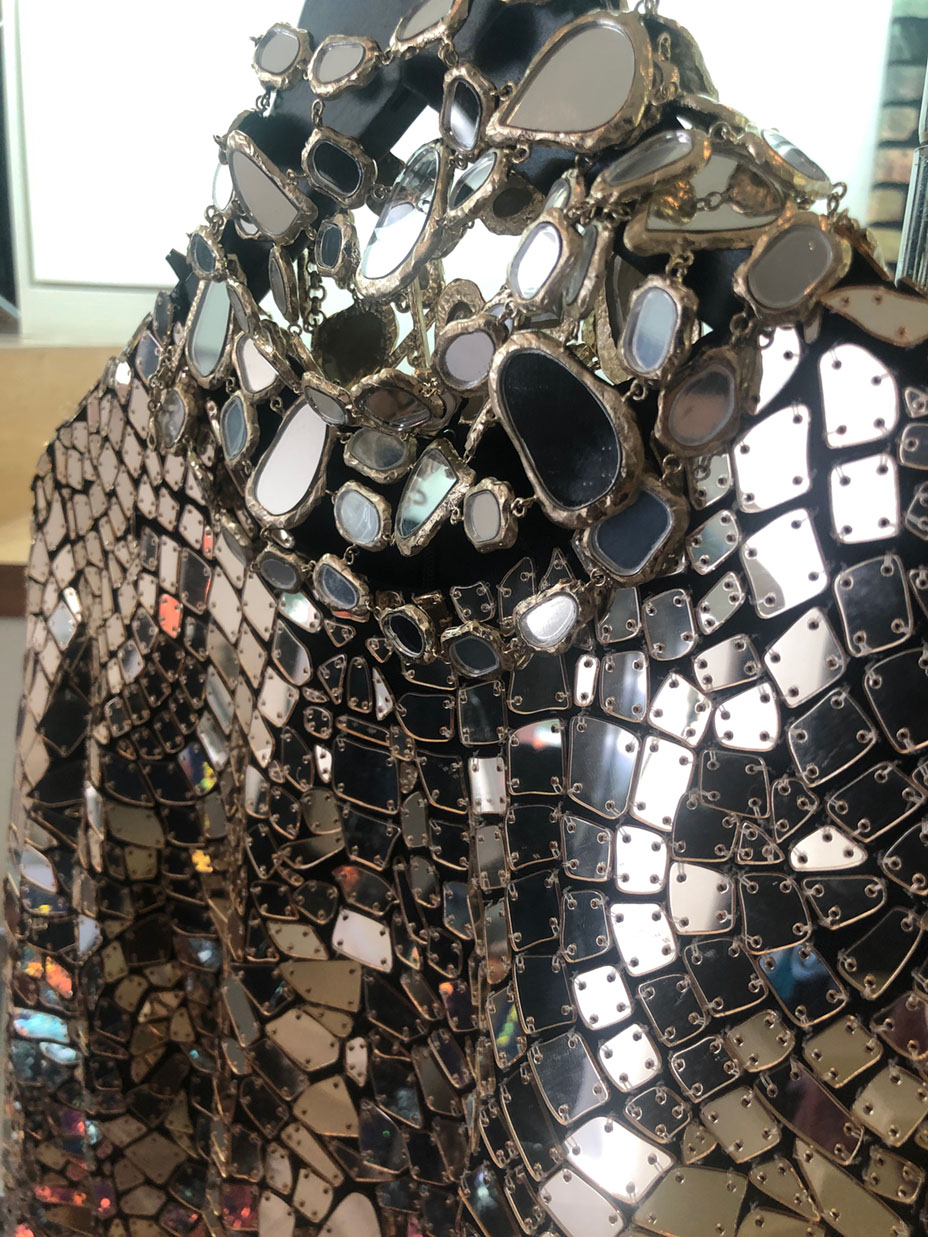 The pair ultimately held on to two dresses, as Lopez has two events on the same night: the Oscars and the Vanity Fair Party. “Holding on to a couple of dresses isn’t crazy,” said Zangardi. “There’s always the chance of a zipper breaking or some other drama.”  When it came to the crunch, however, Lopez tried both of the dresses on and decided on a gold embroidered, mirror mosaic, long sleeve gown from Tom Ford. “We thought she looked like a modern version of the Oscars statuette,” he said. They styled the gown with platform mirrored Jimmy Choo shoes, Niwaka rings and earrings and a Tyler Ellis faceted clutch. 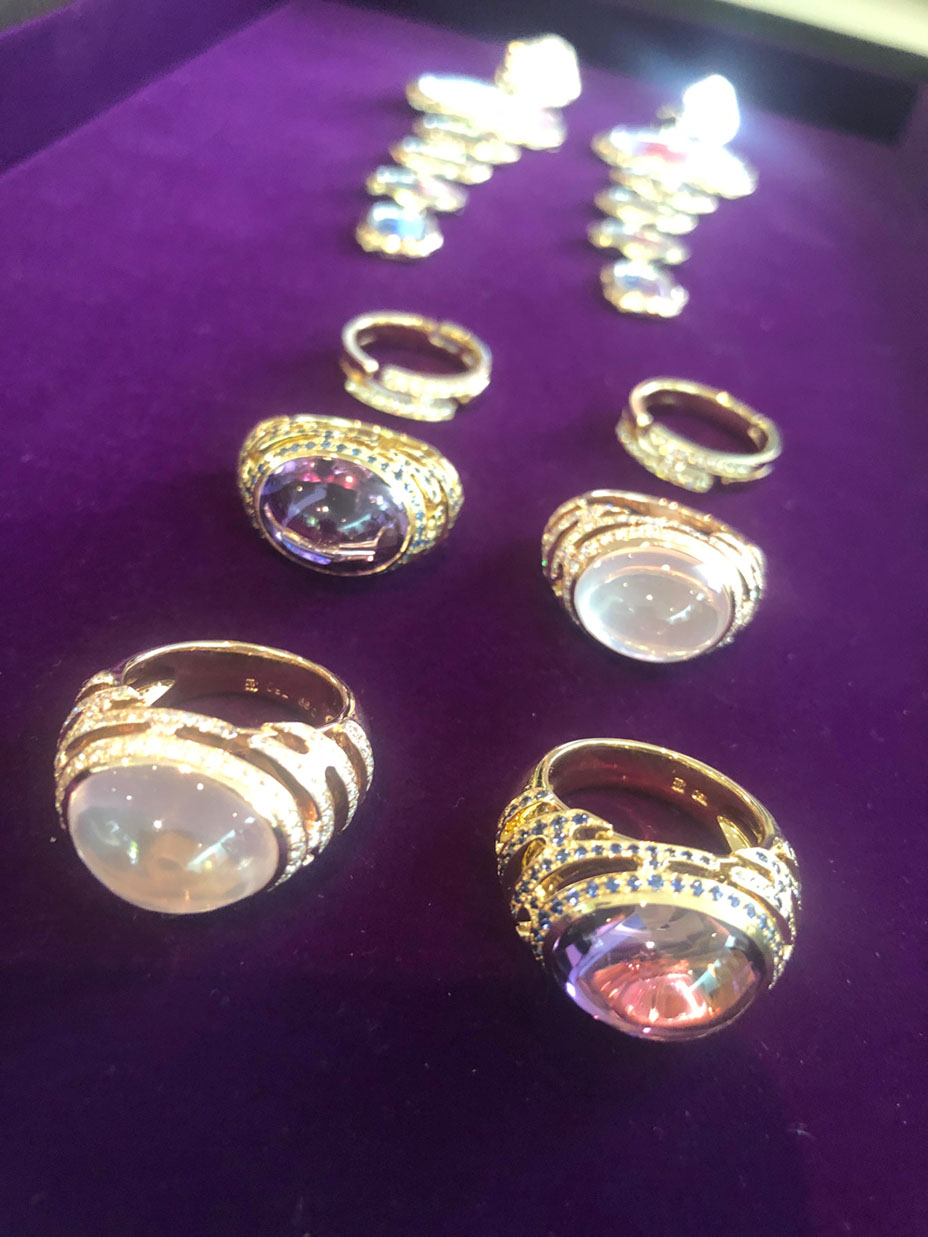 “With someone like Jennifer, designers usually want to design something custom for these awards shows,” said Zangardi of the experience. “This time, we loved selecting from these couture pieces because you could see that the designers really put their heart and soul into these show pieces. It was really amazing.”