For decades, stars have created painfully polished images — publicists invent biographies, red carpet PDA covers up empty marriages and shrinks secretly remain on speed dial. That was until the Kardashians burst onto the scene and redefined the business of celebrity as the focal point of one of TV’s longest-running reality shows, in the process amassing vast (and growing) net worth.

So how exactly have they done it? To start, America’s top-earning reality stars are relentless innovators. Take the Kim Kardashian: Hollywood mobile game — an almost real-time way for fans to experience Kim’s life that has been downloaded 45 million times and has made more than $100 million. Or the Kimoji app, which crashed the Apple store after its December 2015 launch because so many people downloaded it.

The Kardashians’ uncanny ability to defy Hollywood stereotypes and march to their own beat also earns them bonus points. My research shows that millennials see them as badass businesswomen, with four out of five ranking all five Kardashian/Jenner sisters in the top 5 per­cent of celebrities with entrepreneurial drive — this is in stark contrast to traditional Hollywood stars who are perceived as conformists.

When it comes to endorsements, Kim and her cohorts have further redefined the business of celebrity. Not only do they promote products, but they also present the act of endorsing products as part of the appeal. Unlike many stars with beauty contracts, the Kardashians make it clear that they wouldn’t rather be singing or acting. Posing with products is what they do — it’s their passion and part of their unique expertise. It’s this authenticity that drives their influence — and reportedly gets Kim up to $500,000 per sponsored post. 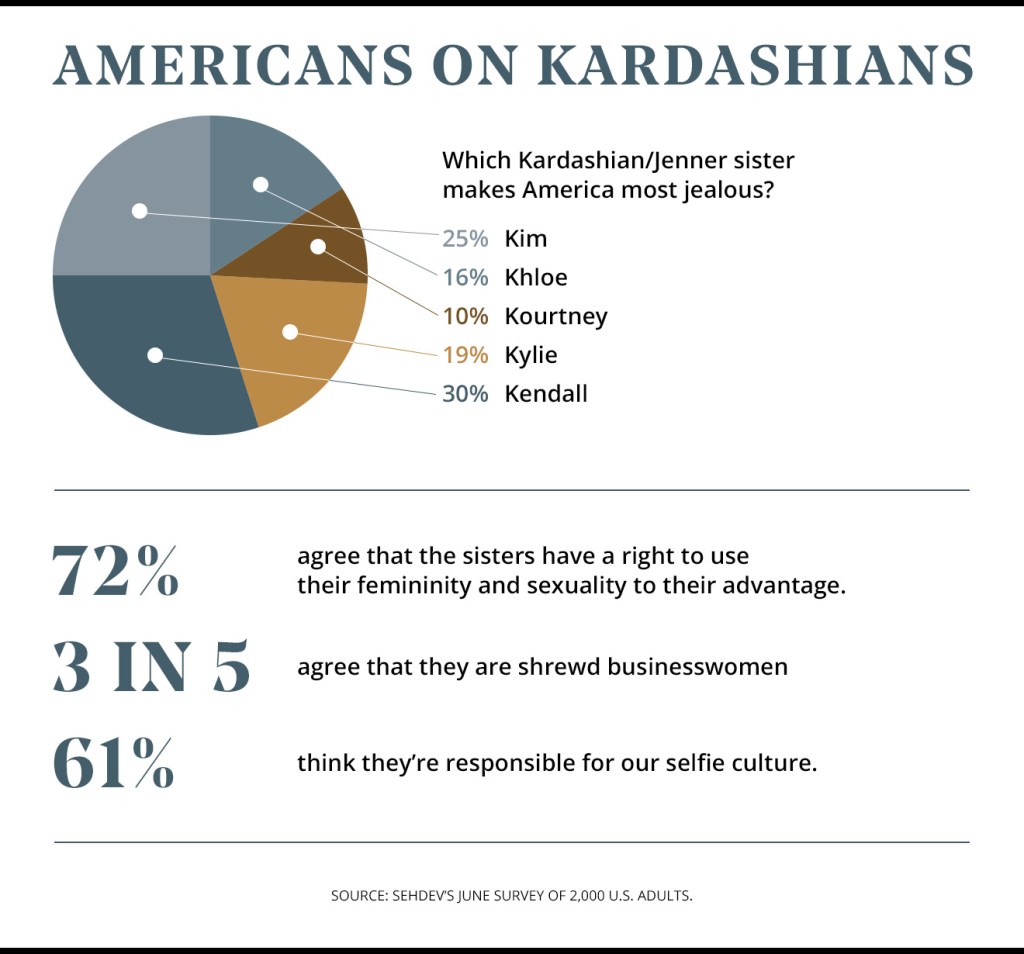 A whopping 82 percent of millennials also agree that the Kardashian brand experience is seamless across platforms and touchpoints, making them our first truly integrated celebrity brand. They’ve built a unprecedented amount of brand immunity for times when things go belly up and have developed such relevance that they equally resonate across fashion, finance, food and health care.

Like it or not, Kim and her sisters are grand-scale indicators of how to behave if you want to win today. Their stunning popularity — born of a megamix of vulnerability, narcissism and sheer audaciousness that propelled them from reality show laughingstocks to cover girls and social media superstars — represents a seismic shift in the way ideas catch on and the way people, products and services can capitalize on this change to build stronger, more intimate connections with consumers.

The Kardashian Decade: How a Sex Tape Led to a Billion-Dollar Brand

Jeetendr Sehdev is a celebrity branding expert and the author of the New York Times best-seller The Kim Kardashian Principle. He teaches at USC and can be reached at Jeetendr.com