When it comes to celebrity marketing, actress Kate Walsh was ahead of her time — too far ahead, perhaps. But her journey of how she launched, almost lost and reclaimed her brand illustrates the beauty industry’s changing market forces, and how Hollywood has been able to adapt.

Back in 2008, when Walsh was getting over a breakup, she was inspired by the men’s fragrance counter.

“At that time, fragrance was defined as more masculine scents and more feminine scents,” she tells The Hollywood Reporter. “And I was like, ‘Maybe I should just go the men’s fragrance counter and get myself a bottle of cologne? I don’t need a boyfriend to have a boyfriend.'” She realized Boyfriend would be a great idea for a fragrance, a woodsy smell with amber notes. And unlike other stars’ fragrances, Walsh really wanted to “tell the story myself and own it,” as opposed to just doing a licensing deal or going to a big manufacturer.

While shooting the Grey’s Anatomy spinoff Private Practice, she decided “on a whim” to call her lawyer and ask if the name Boyfriend was available — and it was, for beauty and fragrance. With her agent also on board, Walsh then considered, “What if we try to do this solely digitally?” But this was 2010, and brick-and-mortar seemed the better way to go (Instagram was only founded in October of that year).

The actress funded the entire project herself. “I was a one-woman show,” she adds.

She learned about quality control and glass manufacturers and olfactive categories and labeling, even making web commercials with Grey’s editor and friend Edward Ornelas to advertise her products, which included a body cream, candle and eau de parfum. 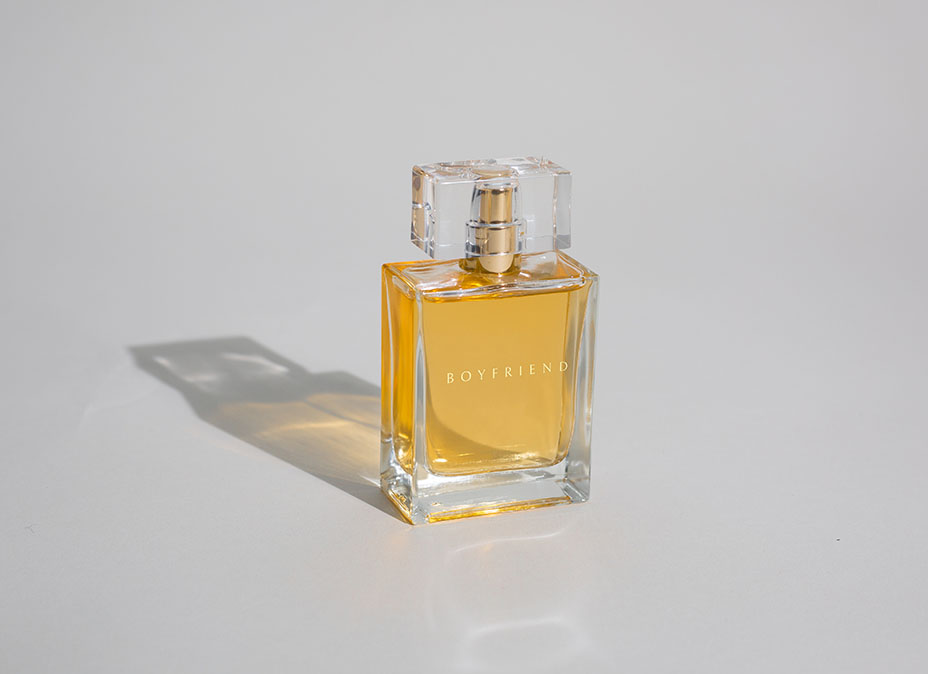 She says Boyfriend sold out in 20 minutes when it launched on HSN in 2010. In February 2011, it rolled out in all Sephoras in the U.S. and Canada. Boyfriend quickly became a top fragrance, “which was just mind-blowing and such a great validation of our efforts.” It was nominated for Best Direct-to-Consumer Fragrance and Best Media Campaign at the Fragrance Foundation’s 2011 Fifi Awards. From May 2011 to May 2012, Boyfriend made $2.5 million in sales, according to Forbes.

But the brand began to struggle, and it wasn’t alone. The once-lucrative business of celebrity fragrances (Britney Spears earned $1.5 billion by 2012 on her 11 fragrances, according to Business Insider) had taken a nosedive. In retail stores, celebrity fragrance sales dropped from $150 million to $50.6 million between 2011 and 2014.

“There’s a pressure for newness always,” Walsh tells THR. She decided she could have at least four different Boyfriends, and rapidly launched a sequel, Billionaire Boyfriend in 2012. The pace was too fast for her “grassroots business … So we were rushing to get it done.” Though “diehard fans” loved it, Billionaire didn’t hold a flame to the original Boyfriend.

That’s when the “exorbitant” in-store marketing costs began to stack up. It’s expensive to get good placement in Sephora, she says. “There were costs to be in the holiday catalogs or sampling for holidays — all these programs that big companies have.” Though she adds that Sephora was very supportive, she didn’t anticipate having to pay for good shelf placement or to be in holiday boxes. Sephora did not respond to request for comment. 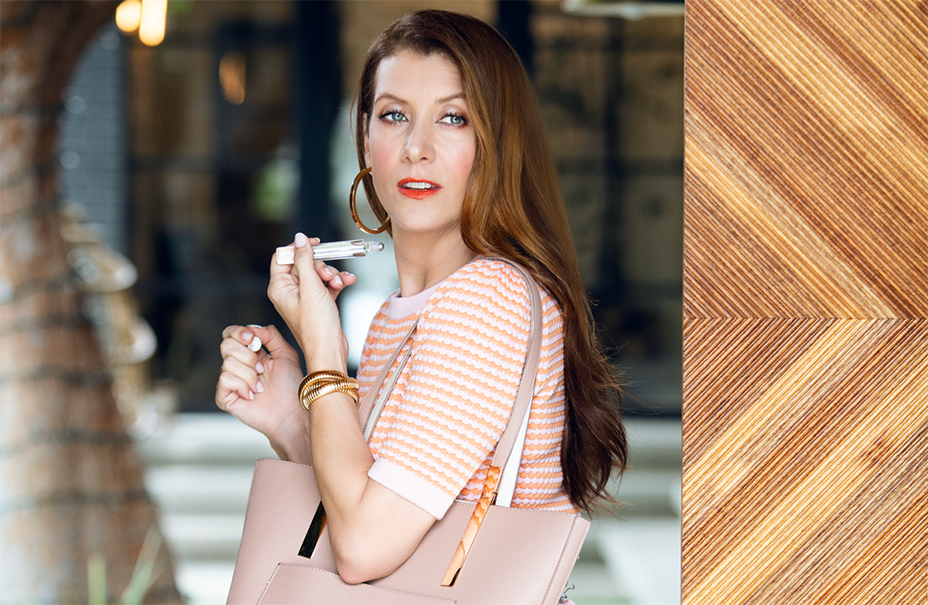 Despite the demand for her androgynous fragrance, “the biggest heartbreak for me” was shrinking it down. “It was financially really challenging … it just became kind of too much.” (She had finished Private Practice and was remodeling a house, all while developing, shooting, executive producing and starring in Bad Judge).

Walsh turned to Digital Media Management, a digital marketing and branding agency, to work with Luigi Picarazzi (now partner at Boyfriend) and Melody Hernandez (now vp of marketing and brand development of Boyfriend). “We didn’t want to let it go,” Picarazzi tells THR of the perfume, and by managing her social media “we had such insight into what her fans were saying about the brand.”

They decided to partner up and relaunch it, and “do it in this way that I had originally wanted,” Walsh says — a la the Kardashians, the familial marketing juggernaut that revolutionized direct-to-consumer beauty industry with their social media savvy and reinvigorated the dying celebrity fragrance industry.

It started in 2016, when Kylie Jenner launched Kylie Cosmetics after the success of her lip kits (made popular by her infamous implanted lips). She expanded beyond lips to “Kyshadows” and “Kylighter,” while sister Kim Kardashian created KKW Beauty in 2017. Her crystal-themed fragrances netted $10 million within the first 24 hours, according to TMZ. Kardashian presented KKW Body in a bottle shaped like her nude figure and sent her Kimoji Heart perfume as gifts on Valentine’s Day, in giant chocolate hearts for extra-Instagrammable promotion.

In 2017, when Walsh wanted to reclaim her brand, she used social media to help. Ten years in the making, she relaunched Boyfriend this year (while starring in Netflix’s Thirteen Reasons Why), acting as her own distributor.

“We’re in a different era now,” Hernandez tells THR. “We can really leverage Kate and her socials and our Boyfriend socials for our own organic marketing that doesn’t cost us a dollar.” (Walsh has 1.8 million Instagram followers.)

Freshen up with @BoyfriendPerfume Get ur own at the link in my bio.

Finally, Boyfriend relaunched in April for a pre-sale; it’s cruelty-free, vegan and now bottled and labeled near El Segundo. DMM remains connected with fans, as anyone who buys the fragrance is invited to join a private Facebook group called The Boyfriend Confidential, where Picarazzi and Walsh have conversations with consumers to get feedback.

Perhaps the biggest adjustment was becoming more photogenic. “We are in this Instagram era, so keeping that in mind with the packaging, we wanted to create something that was beautiful and something that was Instagrammable,” Hernandez says of the white, gold and clear palette.

Walsh says she wants people to do shelfies, pictures of the bottles on their vanity, to fit in with the modern online landscape. She chose a classic perfume shape — “like a piece of jewelry that looks gorgeous on a shelf” — that was inspired by ogling over her mother’s perfume as a girl.

U guys. I just discovered shelfies. I mean…who knew these were a thing?! What’s on ur beauty shelf besides @boyfriendperfume? I’d love to see ur #shelfie! Don’t forget to use #BoyfriendPerfume so I can see them. #linkinbio

For Walsh, though, it’s really about the scent and the story. “What is the ethos of Boyfriend and how did that evolve from a nod to relationships and love and romance?” she says. Its new tagline: The Only One You Need.

“The name boyfriend, we wanted to make it feel inclusive,” Hernandez adds. “This is the only boyfriend you need, regardless of your preference in life.”

Ultimately, her DMM partners credit Walsh with launching the lifestyle brand: “This was never an unsuccessful business. Kate launched a successful brand on her own. That happened,” Picarazzi says.

“It’s been an incredible journey … It was my baby and my dream,” Walsh adds, and after smelling the new rereleased perfume, she knew, “Oh, this is it. The Boyfriend is back.”