In the past two decades, Kenneth Lonergan’s original screenplays, for films like Manchester by the Sea, Margaret and You Can Count on Me, have earned him critical acclaim and awards attention. (The first landed Lonergan his original screenplay Oscar in 2017.) But with Howards End, the miniseries that debuted stateside on Starz in April, the writer, director and playwright exercised a different kind of storytelling muscle: literary adaptation.

Script to Scene: How 'What We Do in the Shadows' Riffs on Vampire's "Rough Rules"

E.M. Forster’s 1910 novel had been adapted before — by James Ivory in 1992 (the film won three Oscars, and Ivory was nominated). But Lonergan saw an opportunity to dig into the novel in greater detail through a four-part miniseries (a co-production with BBC One, it premiered in the U.K. in November). “Anytime I’ve ever tried to adapt a book for a screenplay, the main work for me is figuring out what to cut and what to keep in,” he explains. “In a miniseries, you’re actually able to take the book and really luxuriate in the details and in the fine print.”

The 55-year-old New Yorker spoke to THR about the unique problems of retelling Howards End and his love of another Merchant-Ivory Forster adaptation, A Room With a View.

What are the particular challenges of adapting this book?

There’s a certain schematic quality to the book, where each family very blatantly represents a certain strata of Edwardian society, so I tried to mess that up a little bit and humanize it. I thought the fact that there’s a lot of interior narrative from Margaret’s point of view was going to be quite challenging to dramatize, but it turns out that it translates into action quite well because there are many good scenes with dialogue, and she speaks to other people very much in the same way that she thinks.

How did structuring the story for a miniseries differ from the way you structure your plays and films?

We discussed whether it was four or six [episodes] a lot. I was lobbying for six, but it ended up being four, so I ended up cramming what I had planned out into four episodes, but I think it works well. It reminded me of a play because you want to end the first act in a two-act play in a way that makes you want to see the second act. In a two-act film, you obviously want to keep people interested from scene to scene, but you don’t have that dramatic, “OK, it’s over until the next week [element]” — so that was familiar for me and also kind of fun to try to do. And each episode had to be 50 minutes exactly, so my beginnings and ends had to be shifted around so that the episodes could be the same length, but that wasn’t a big hardship, either.

What was your relationship like to those prior adaptations of the book while you were writing this?

I didn’t re-watch the [1992] film because I didn’t want to have any relationship to it, I wanted to have a relationship to the book. It happens that A Room With a View is one of my favorite movies, and I know it pretty much by heart. I dipped into that again because the tone of that novel is a bit more appealing to me than the tone of Howards End, which is a little ponderous. A Room With a View has such a perfect, light tone to it — light but very emotional and thoughtful — and so I might have been unconsciously emulating the flavor of that movie a little bit. 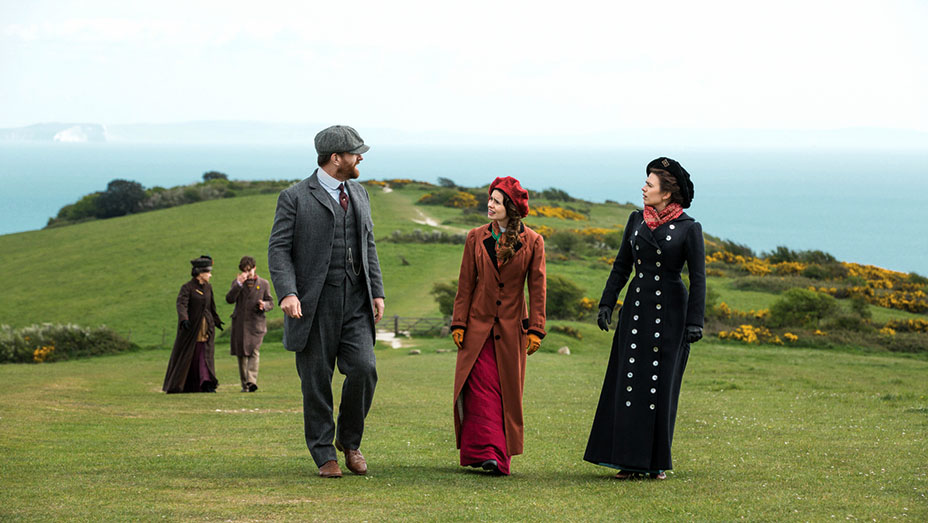 Since the novel, as you said, relies on some broad characterizations around social class, what was your process of getting inside the characters’ heads to give them dialogue?

Most of the characters, not all of them, are very complex and vivid and clearly drawn in the novel, so many of the scenes are directly out of the novel. I don’t think I added anything that was unnatural to the novel, and I had no interest at all in using it as a jumping-off point to do my own thing. I really wanted to flesh out what he had suggested.

An adaptation is never just a cut-and-dried translation of the work. How did you put your stamp on it?

I like to write overlapping dialogue, I always think that’s interesting and fun to play with and write. It makes things seem more chaotic in certain scenes, makes things lively in certain scenes and makes arguments a bit more dramatic. I was just trying to make a good script. And I think the best way to do that is to be true to the material.