Though the idea from the former Weeds scribe would evolve through the writing process, Jeff Pickles remained the core: a Mister Rogers-esque kids’ TV personality whose family life implodes. The series — a half-hour in length, a dramedy in tone — would capture Mr. Pickles’ struggle to square his irreproachable public persona with his private misery.

Carrey was not simply ?atop Holstein’s wish list; he was the only actor on it. “I ?had been obsessed with Jim’s performances in Truman ?Show and Man on the Moon,” he says, “and so I had sat ?down to write that Jim a TV show.” Getting the spec ?for Kidding in front of Carrey became an all-consuming mission. Holstein went so far as to ?join the staff of another Showtime series, I’m Dying Up Here, which Carrey produces, with the express purpose of getting his script into the actor’s hands.

It worked. Carrey loved what he read, but ?he had reservations about fronting a TV show ?that could live on for years.

By that time, however, Showtime had picked up the project, and neither the network’s CEO, David Nevins, nor Holstein would let up. On the advice of Carrey’s agent, Dan Aloni, they approached his Eternal Sunshine director, Michel Gondry, about a potential reunion. The pair already had mutual trust, and for years had been looking for ways to collaborate again. Gondry read the script and signed on. Soon after, Carrey did, too. They filled out ?the cast with an all-star grouping of Judy Greer, Catherine Keener and Frank Langella. 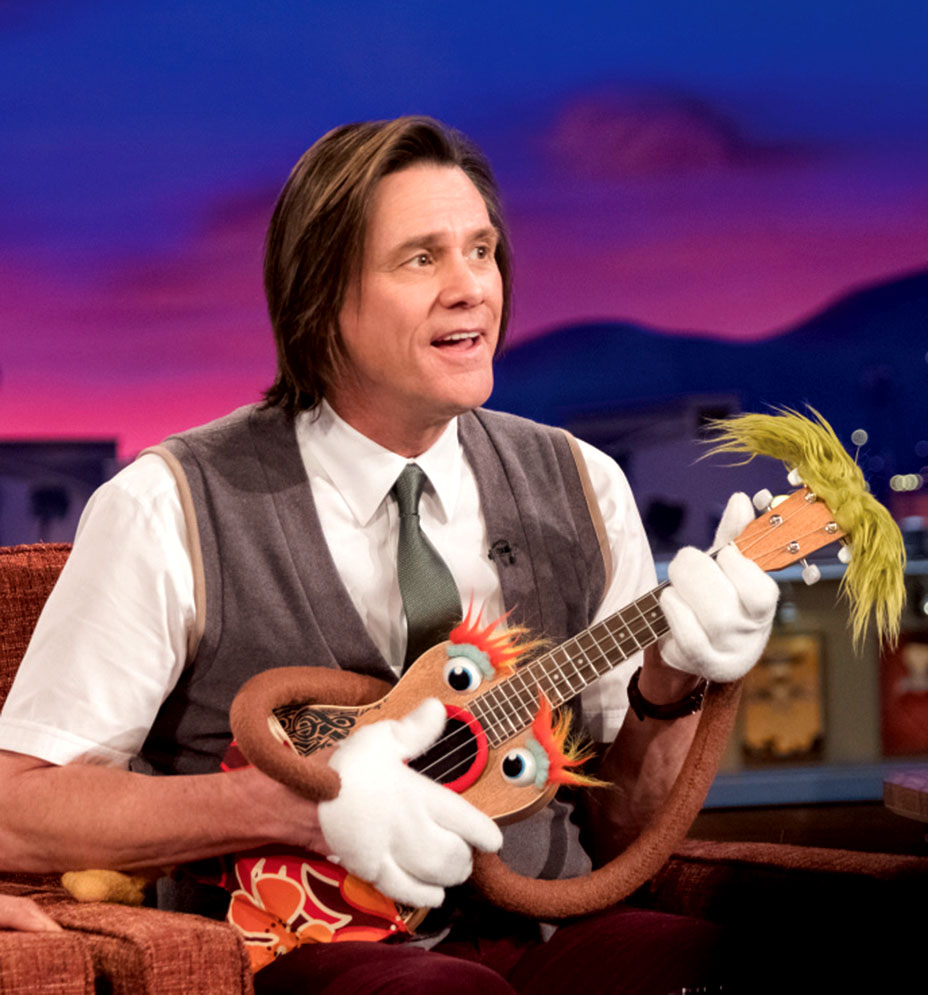 Though Nevins is loath to offer any kind of ratings projections, he feels good about Kidding‘s timing, landing amid what he calls “peak Mister Rogers nostalgia.” Ironically, when he first bought Holstein’s spec, the exec had concerns about the resonance of a Mister Rogers character in 2018. “It’s a character that doesn’t really exist on American television anymore, and hasn’t really existed in the last 25 years,” says Nevins. “Kids television has become so dispersed now, that there isn’t that one iconic personality like Mister Rogers the way there was when I was a kid.”

Then came the documentary Won’t You Be My Neighbor?, which reintroduced the character — and reminded people of the humane potential of TV. It’s now the top-grossing biographical doc ?of all time, having raked in $22 million to date. Nevins is hopeful his “intensely uncynical” series, much like a forthcoming narrative feature with Tom Hanks attached to play Fred Rogers for Sony’s TriStar Pictures, will draft off its momentum.

At the very least, Kidding will subvert expectations. “It’s a premium cable show where your lead is not an antihero who wants to do drugs and murder people — your main character doesn’t want to break bad, he wants to stay good,” says Holstein. Adds Greer: “And with everything in the world being dark and scary right now, we need a Mister Rogers again.”

Jim Carrey's (Reluctant) Return to Hollywood: At Home With an Actor, Artist and Trump-Era Agitator