Lake Bell has landed on the cover of pot-focused publication Ember — a quarterly print mag born from a partnership between marijuana dispensary chain MedMen and Paper magazine —  alongside a cover line that boasts Bell’s “new starring role at the center of L.A.’s cannabis renaissance.”

So wait, how does the actress, filmmaker and mother feel about that new, smoky distinction?

“It’s totally unlikely in a sense,” Bell explains to The Hollywood Reporter before a deeper dive into the reason why. “I sort of never identified with the lifestyle of a more quintessential smoker. Sure, I had the black light poster like the rest of them — I went to boarding school — and I listened to Skynyrd, but I didn’t have dancing bear tattoos. I didn’t have a dealer. I was a dabbler.”

Bell is married to tattoo artist to the stars Scott Campbell, who has upped the ante for weed smokers with Beboe, his luxury line of vaporizers and edible pastilles. And not only has she helped promote his brand, she recently moderated a weed-focused panel for Gwyneth Paltrow’s In Good Health summit. “I attribute this all to my husband, who is not a huge smoker either, but he created Beboe, a brand that isn’t disrespectful to cannabis culture. He has a great affection for weed culture. [Beboe] elevates it to a space that feels more diverse.”

Marijuana has been legal in L.A. since Jan. 1, and Bell says she’s noticed a change in how it’s embraced at Hollywood parties. “Yeah, it used to be so sneaky and hush-hush. We grow plants at our home and our kids play around them. They call them “the weedies,” and we water them just like we water the tomatoes. It’s very normalized in our home,” she says. “On top of it, when we go to birthday or dinner parties, we don’t bring a bottle of wine, we bring Beboe. It’s a nice housewarming gift and you’re always the most popular.” 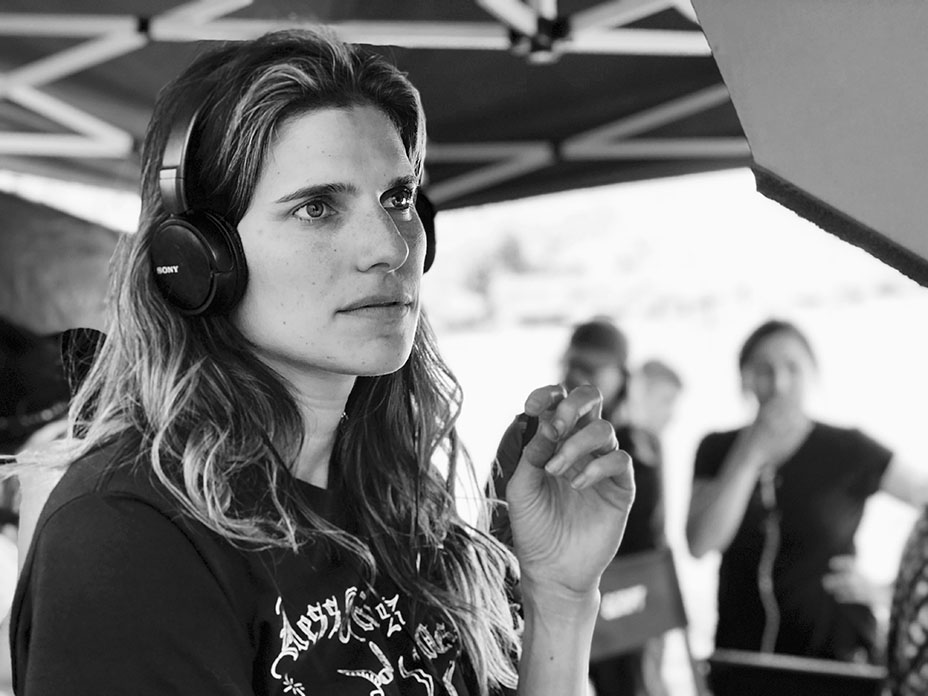 Bell has been quite popular in the director’s chair ever since her directorial debut In a World. She followed it up with the indie feature I Do … Until I Don’t and, most recently, a collaboration with friend Liz Meriwether on the 20th Century Fox TV pilot Bless This Mess. She describes the latter as a mashup of Green Acres, Mad About You and The Money Pit. “It was really a very sort of earnest process,” she says of working with Meriwether. “There were bumps and smooth sailing and then shooting it got kinetic and fun. We were just two creatives finding their groove and now we’re grooving,” she adds, as they wait to hear on a pilot pickup.

But in the meantime, she’s not at home hanging with Beboe to boost creative juices. “I’m a mom and I operate with such extreme efficiency when I’m working because I only have certain hours that are devoted to writing so I have x amount of hours to do my homework,” she says. “I haven’t had the luxury to experiment with [smoking to be creative]. My husband is an artist as well, but in that medium, it’s different. I can’t really speak to taking that on in my own process, but it’s something I look forward to trying. (Laughs.)”