Little America doesn’t look like a lot else on Lee Eisenberg’s résumé. There’s no straight-line comparison between the Apple TV+ immigrant anthology series and, say, The Office, on which he wrote for five seasons, or the raunchy summer comedy hit Good Boys, which he wrote and directed with longtime partner Gene Stupnitsky (only Stupnitsky got the DGA credit).

Yet, Little America‘s roots are deeply personal, says Eisenberg, 42, with his own father, who emigrated from Israel before Lee was born, serving as inspiration. He enlisted Epic Media (whose magazine publishes extraordinary true-life tales) to help find its stories and producer friends Alan Yang (Master of None), Emily V. Gordon and Kumail Nanjiani (The Big Sick) to help find its tone. When the first season bows Jan. 17, viewers will follow a boy in Utah whose Indian parents get deported in one episode and, in another, a Syrian boy who flees when his father finds out he’s gay. “If the show works, in a half-hour you give a shit,” says Eisenberg, “and maybe at the end you cry.”

In a vote of confidence, Apple has already renewed the series and signed Eisenberg to a sizable overall deal. And though the Needham, Massachusetts, native has been kicking around new ideas, he’ll need to balance his Apple output with his many other projects, which span film, television and podcasts. The prolific producer, who has been deluged with scripts following Good Boys‘ $110 million worldwide box office success, is a co-creator of Crooked Media’s popular Lovett or Leave It podcast.

On an early January morning, Eisenberg invited THR to his Hollywood Hills home office, which he shares with his journalist girlfriend, Emily Jane Fox, and his dog, to discuss everything from his Ugandan casting tales to his Bachelor viewing parties.

Little America feels like a departure for you. How did it come to be?

Well, I’ve always liked taking something that exists and spinning it a bit. At the time we did Bad Teacher, there weren’t really R-rated comedies that starred women. When we did Good Boys, there’d been plenty of R-rated comedies and teen comedies, but never a preteen comedy. Little America was the same approach for me. My dad’s Israeli, and he came here with not a lot of money and had to find a life for himself. I’d always heard those stories, and I was thinking about what wasn’t on TV and what I wanted to see. I remember thinking, “What if there’s an anthology series about immigrants and they’re based on true stories like my dad’s?” They’re these universal stories with characters that are usually number 25 on the call sheet. And it was crazy to talk to the actors. All the Middle Eastern actors were like, “Oh, I was the terrorist on Homeland.” Or, “I was the terrorist on Jack Ryan. This is the first time I’m in a scene where I’m sitting with my family and we’re just loving.” Or, “This is the first scene where I’m going to get groceries, and there’s not a bomb hidden under the thing.”

What did casting entail?

We kept adding casting associates because as much as possible we wanted to cast from the country of origin. And you learn things. Like, there’s a huge Nigerian acting population — it’s called Nollywood — and they’re incredible. Or we had an episode about a Ugandan woman who sells cookies in Kentucky, and the village in Uganda where we were casting lost electricity and we lost the tapes, and the embassy’s only open one day and we needed visas. There are just logistics that you don’t think about. We did a Syria episode, and the actors were from countries under the travel ban, so we ended up shooting a show about immigrants called Little America in Montreal. 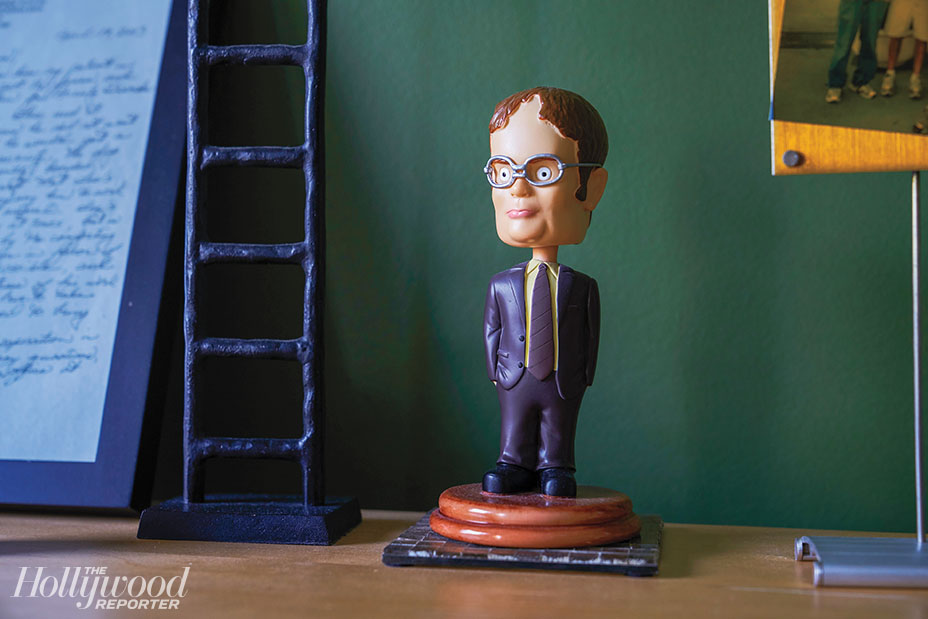 We’re living in an era where you’d better get it right. How did you?

Having the actors from those countries was really important. We also had dialect coaches and cultural coaches to make sure everything feels as real as possible. I can’t remember what the exact tally was, but with the writers, directors and editors, 89 percent were either immigrants or children of immigrants. And as much as we could, I hired writers from the countries of origin to write the first drafts.

You and Gene have been a writing duo for more than a decade, but he’s not involved. How’d you meet, and why isn’t he involved here?

Gene and I met in the production of Bedazzled on the Fox lot in 2000. I was the office PA and Gene was Harold Ramis’ intern. [Ramis directed the Brendan Fraser-Elizabeth Hurley film.] The copy room had one of those $80,000 copiers, and that was my domain. Gene needed a script copied for Harold, and we hit it off. But Gene moved to New York a few years ago, and I had more of a desire to produce. We have a Disney+ show with Ryan Reynolds that I’m excited about, and we’re talking about a movie. We talk all the time, but the best version of a partnership is one where you can work together on things you love, but also be free [to do your own things].

Good Boys was a huge success at a time when comedies have struggled theatrically. What did you learn working with a cast of kids?

They’re not jaded at all. They treat learning lines like homework because their parents are like, “You must.” So, what you lose in the time that you actually get with them [care of child labor laws] you gain in that they know exactly what to say on the first take. The tricky thing is when you’re like, “Let’s start doing some alts.”

How aware were they of what they were doing and saying?

It’s funny, usually with actors you’re trying to give them as much context and backstory. This was a completely different experience where it was like, “Just say this line.” There was a lot of, “Ask your mother.” (Laughs.) And then you’d see them huddling after certain scenes and you’d hear certain words that I won’t repeat. And when you’d hear those words, you’d be like, “We need to get the fuck out of here.” 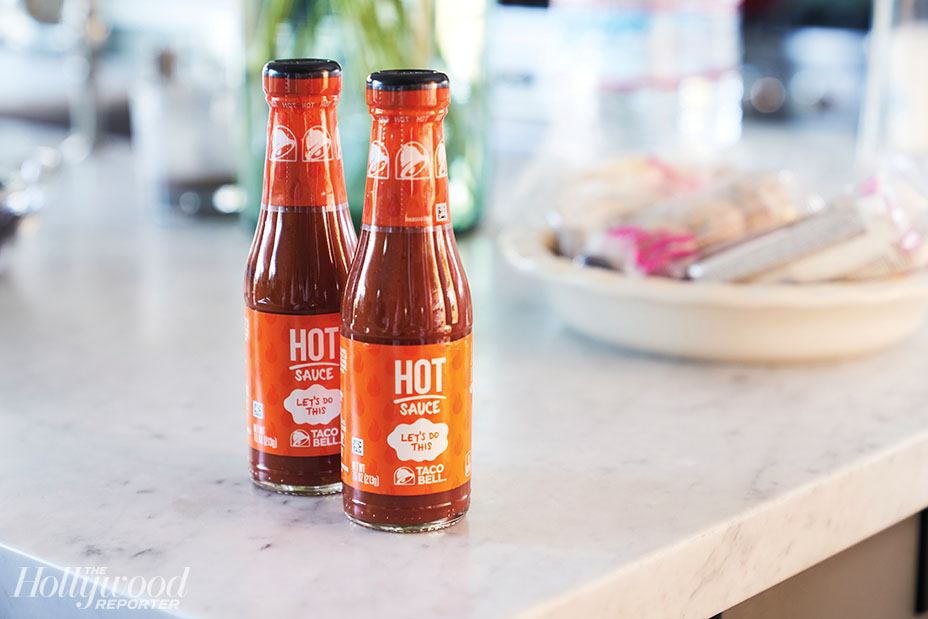 Are mid-budget comedies still going to be in theaters in five years?

I think they will be. If you’d asked me the weekend before Good Boys came out, I would have said, “We will be the final one.” (Laughs.) But I think when a movie feels urgent and different, people want to see it in the theaters. It doesn’t matter what the budget is, and it doesn’t necessarily matter who’s in it. I think the marketing material on Good Boys was particularly great. It captured a nostalgic feeling, so even though the movie’s contemporary, it has a feel of It and Stranger Things.

What’s the script in your drawer that you’d love to get made?

The first thing Gene and I ever wrote was called Lonny and Gordo. It was about us: Lonny Lee and Gordo Gene. That’s how clever we were back then. It’s about two roommates, which we were at the time, who are magicians. We felt magic was more visual than writing, but they’re two codependent guys trying to get their magic act going. That script got us hired on The Office and got us Year One. Every few years, we’re like, “What if it was animated? What if it was claymation? What if …” (Laughs.)

We worked on Ghostbusters for four years. It got very close. At one point I think it was greenlit, contingent on Bill Murray doing it. And then Bill Murray did not do it. Bill Murray I don’t think read it. 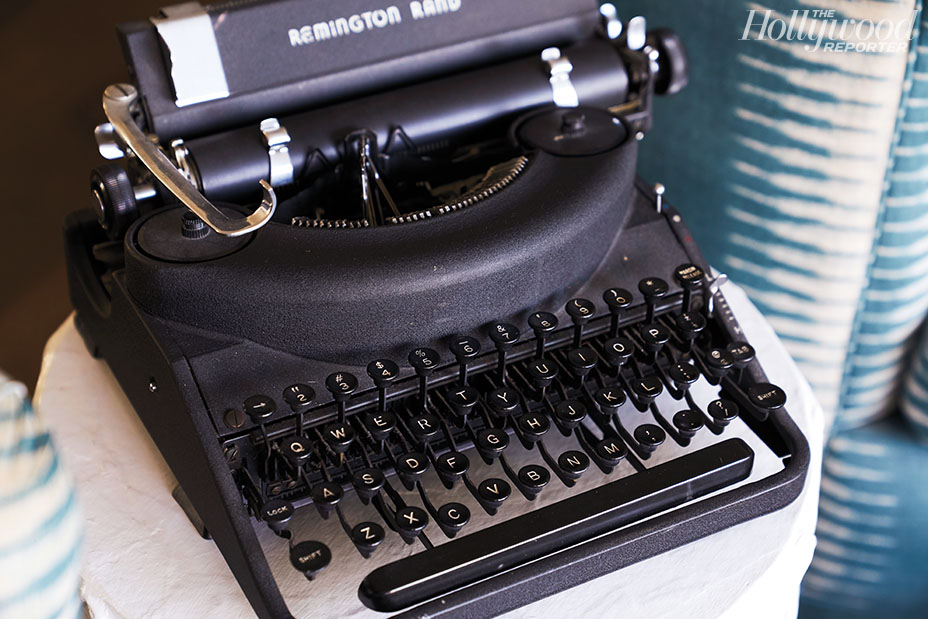 On the side, you produce Lovett or Leave It. How’d that come about?

Jon Lovett [a former Obama speechwriter] lived with me for a few weeks when he moved to L.A., and he’s one of the funniest people around. When we started it, we had this small room at The Improv. I’d email every person I knew to get a panel together. Thankfully, my limited Rolodex is not needed anymore.

How do you unwind?

I took off the year when we were shooting Good Boys, but I’ve hosted Bachelor viewing parties for years. The invite list has 40 or 50 people on it. A lot of contestants have come. They even shot here at the end of one season. Chris Harrison came. Everyone on the list showed up that night.