So often it’s only after an extraordinary moment or experience that we realize how extraordinary it actually was. You wish you could go back in time and tell your brain, “Remember this. You will want to look back on this for the rest of your life.” The second I was cast on a new Mike Schur show, starring America’s sweeties Kristen Bell and Ted Danson, I knew it would be a special experience. I said to myself, “D’Arcy Beth, you have been working for this your entire life, and now it’s here. Remember this.”

I made the decision early on to never take a single day on that set for granted. That was especially so during the fourth season, when we knew it would be our last. All of this was reinforced by getting to know Ted, who seems to appreciate these moments more than most. He’s certainly had plenty of them in his lifetime, and somewhere along the way learned to recognize and appreciate them. He would often say, “Aren’t we so lucky to be here? Can you believe it? ” I couldn’t. Still can’t.

'Ted Lasso' Sarah Niles on Why Playing Dr. Sharon Fieldstone Was "One of The Hardest Roles" She's Every Played

Remember this: The cast met for the very first time in our new boss Mike’s office at Universal. I had been to Universal tons of times — with my parents, in the ’90s, on a tram, with a tour guide — so I was only just kind of nervous. Attending this meeting was Mike, executive producer Drew Goddard, my five insanely beautiful new castmates and me. We sat around a coffee table while gorgeous photos of series past looked down on us: Amy Poehler, Steve Carell, Rashida Jones, Rainn Wilson, Andy Samberg — or, as all of our moms call him, “Adam Sanders.” It was intimidating and thrilling. Everyone was friendly and lovely and constantly sneaking glances at Ted. After the meeting ended, the professional adults left, and the newbies (Manny Jacinto, William Jackson Harper, Jameela Jamil and me) stood outside Mike’s office and waited for a PA (!) to come pick us up in a golf cart (!!). The four of us looked at each other, eyes wild and jaws on the ground. We huddled up to exchange squeals and phone numbers. Our lives were about to change.

Remember this: The last night of filming season one, we filmed that scene. Everyone was starting to feel sad. Our first, perfect season was coming to an end. It’s like the last night at sleepaway camp. It’s still so much fun — I mean, you probably have the talent show! — but you’re very aware that when the morning comes, you’ll have to pack your bags and your stepdad Greg will be there to take you home. At that point, we had no idea if people would like the show or if we’d even get a second season. It was certainly possible that this could be our last night working together. I remember Ted asked for another take of that “This is the bad place” moment. “Lemme try something,” he said. On his next take, he added that devilish giggle, and the molecules in the room changed. It was electric. Everyone knew that was the one.

Remember this: On our final day of filming, we shot in a Redwood forest in Northern California. It was breathtaking. The characters saying goodbye to each other as we, real people, said goodbye to each other was almost too much to bear. I could hardly get through a take without tearing up. I remember every minute of that day. Driving to the location in the van with the other actors early that morning, we decided to recount the first time each of us had met and tell the story. It was sweet. There was a lot of hugging, a lot of hand-holding and “I love you’s.” Even though I knew I would see him the very next day at an event, it’s hard to explain the feeling of sorrow I had when I heard the words “That is a series wrap on Ted Danson.” Each wrap was a tiny death, but that first one was devastating for all involved. The day couldn’t have been more perfect. Ted said it the same way he had said it season one: “Look at all of this. How lucky are we? ”

Hmm … I meant to write a funny thing, but instead I wrote a sad thing — because the truth is, I am sad. I’m sad about that wonderful experience being over. I’m sad that I don’t get to go to that amazing job with my friends. Getting to be a part of that show was my wildest dream come true. It was my … wait … don’t make me write it. Please, I beg you. Do not make me. OK, fine: It was my good place. Sorry, it’s true. At least I have my memories. 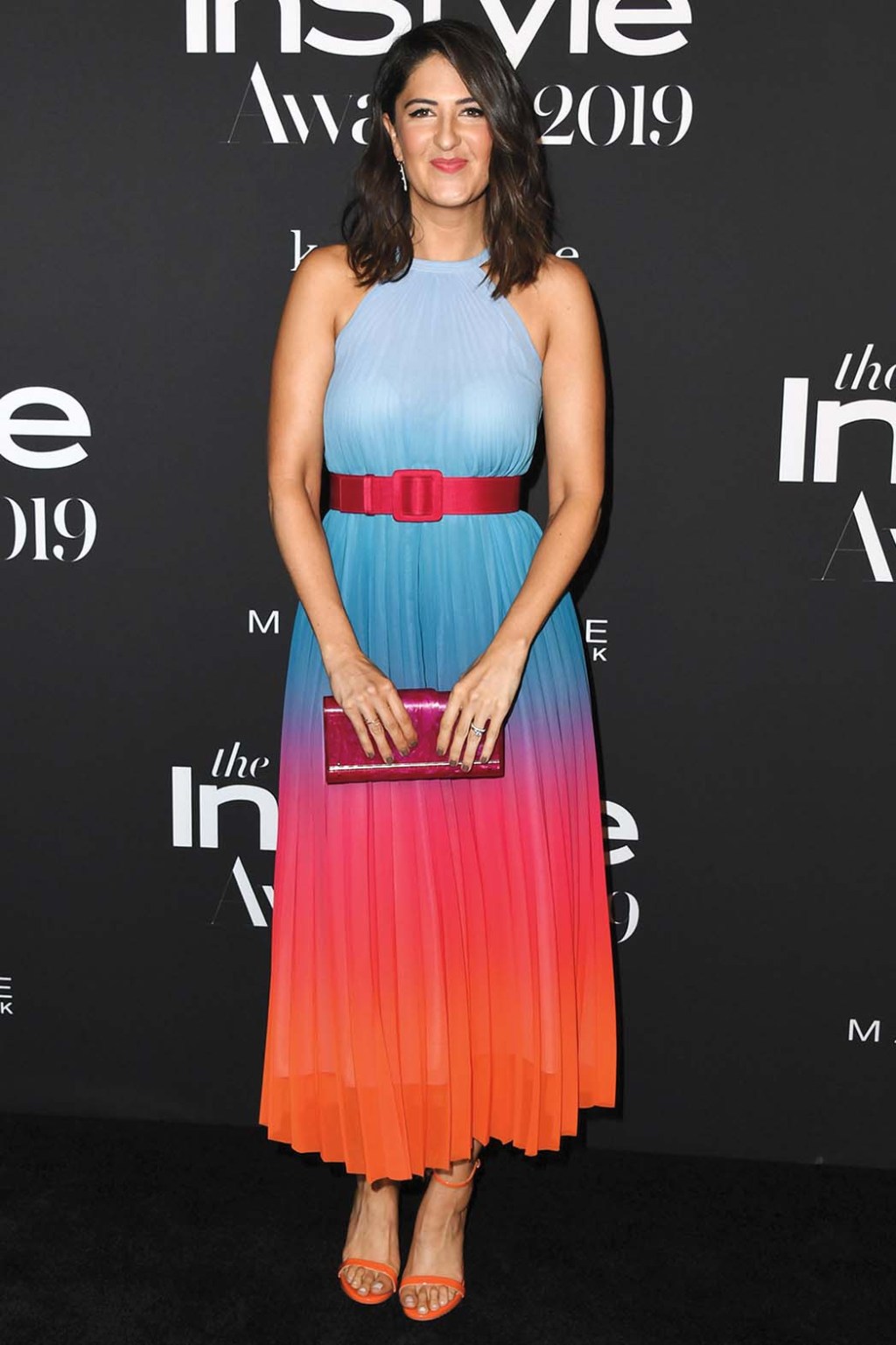