Who is Jim Carrey, really? That’s a question that Chris Smith’s documentary Jim & Andy: The Great Beyond — Featuring a Very Special, Contractually Obligated Mention of Tony Clifton poses but doesn’t quite answer. The Netflix doc special is a journey into the mind of the iconic actor, who, during the making of 1999’s Man on the Moon, famously journeyed into the mind of comedian Andy Kaufman, who in turn occasionally dragged everyone around him into the mind of his insufferable alter ego Tony Clifton.

Thanks to clips from more than 100 hours of behind-the-scenes footage that collected dust in Carrey’s office for nearly 20 years, it’s clear that no one, including director Milos Forman, knew who was going to show up to set on any given day. Would it be Andy? Would it be Tony? The only thing anyone knew for sure was that it wouldn’t be Jim Carrey.

“At some point,” Carrey tells Smith during the film’s only interview, “when you create yourself to make it, you’re going to have to either let that creation go and take a chance on being loved or hated for who you really are, or you’re going to have to kill who you really are and fall into your grave grasping onto a character that you never were.”

Such somber musings gave Smith a new respect for Carrey, says the director.

“I don’t think I was fully aware of the depth of his character, sort of how humble and complicated and introspective he was,” says Smith. “To me the message of the movie is to really look at ourselves and react and understand that the things we’re working toward, that we think are going to make us happy, may not in the end do that,” he explains. 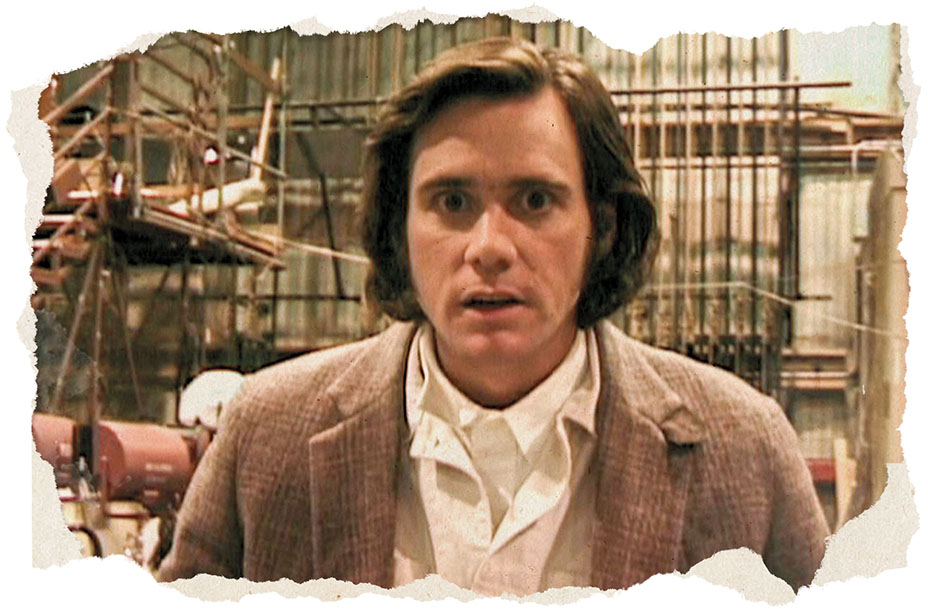 Revealing the human side (flaws and all) of entertainment icons was the main aspiration of the documentary directors whose specials are circling the Emmy race. To do that, they had to mine old footage and often gained impressive access to the subjects themselves — or if not, then to the figures closest to them.

When it comes to Carrey, his existential ruminations are key to two of this year’s doc specials — the other being HBO’s The Zen Diaries of Garry Shandling from Judd Apatow.

“It was very important to me that Jim Carrey would talk about Garry for the film because they had been spending time together in the last year of Garry’s life,” says Apatow, who was one of Shandling’s closest friends. “Jim is somebody that understands a lot of the spiritual issues that Garry was so interested in. And they had those conversations about what it means to be a creative person and how to balance life and the challenges of being a funny person in this business and in this world.”

And like Jim & Andy, Diaries exists because of remarkable source material — in this case, three decades of Shandling’s handwritten journals. Says Apatow, “We had the opportunity to go much deeper than a documentary usually can because we had insight into what he was thinking at each stage of his life.”

Shots of Shandling’s handwritten entries reveal that the late comedian was on a lifelong quest not only to be the funniest man on television but also to grow as a human being.

“It was great to see that when no one was looking, he was sitting alone trying to figure out how to be a kinder, more loving person,” says Apatow. “He was a very sensitive person in what can be a very brutal business, and it always seemed to surprise him how bare-knuckled show business can be.”

Another star ill-equipped for the harshness of the entertainment industry was Whitney Houston, who turned not to meditation — as Kaufman, Shandling and Carrey did — but to drugs. From her childhood in rough-and-tumble 1960s Newark, New Jersey, to her tragic death at age 48, Houston’s story gets a warm retelling by director Nick Broomfield in Showtime’s Whitney: Can I Be Me.

The title alludes to the crux of her issues and the film’s central conflict: the friction between her two personas. There was Nippy, the impressionable young girl who grew up exposed to drugs and violence, and Whitney, the picture-perfect pop star whom Arista Records and Clive Davis groomed to be palatable to white audiences.

Davis declined to participate, saying he was working on his own documentary (2017’s Clive Davis: The Soundtrack of Our Lives).

“He is quite defensive about his role with Whitney because I think he was very responsible for the Whitney Houston persona, which was so different from Nippy,” says Broomfield. “Whitney’s problem really stemmed from [the fact that] whenever she was Nippy and wasn’t Whitney Houston, the public somehow felt shortchanged.”

Houston’s estate also declined to participate. “They sent a mass email out to people who hadn’t even heard from the estate for 30 years or more, saying they’re doing their own film and they would appreciate if they didn’t take part in the film I was making,” says Broomfield.

A number of Houston’s friends and colleagues did speak to Broomfield, but it’s clips from hundreds of hours of never-before-seen footage shot by co-director Rudi Dolezal in the 1990s that provide the clearest view of her struggles.

Over the years, a number of companies and people, including Davis, had tried to buy the footage, but Dolezal wasn’t selling.

“It took me a very long time to find Rudi. I don’t think he wanted to be found,” says Broomfield. “I think he wanted to have his own role and creativity reflected. He didn’t just want to be an archive source, so that’s kind of the arrangement that we made.”

But Broomfield and Dolezal didn’t connect until the film was nearly done, which meant an eleventh-hour story reshaping.

Producer Marta Kauffman and directors Roberta Grossman and Sophie Sartain faced a similar challenge after they had picture-locked Seeing Allred, their Netflix doc about the life and career of civil rights attorney Gloria Allred. 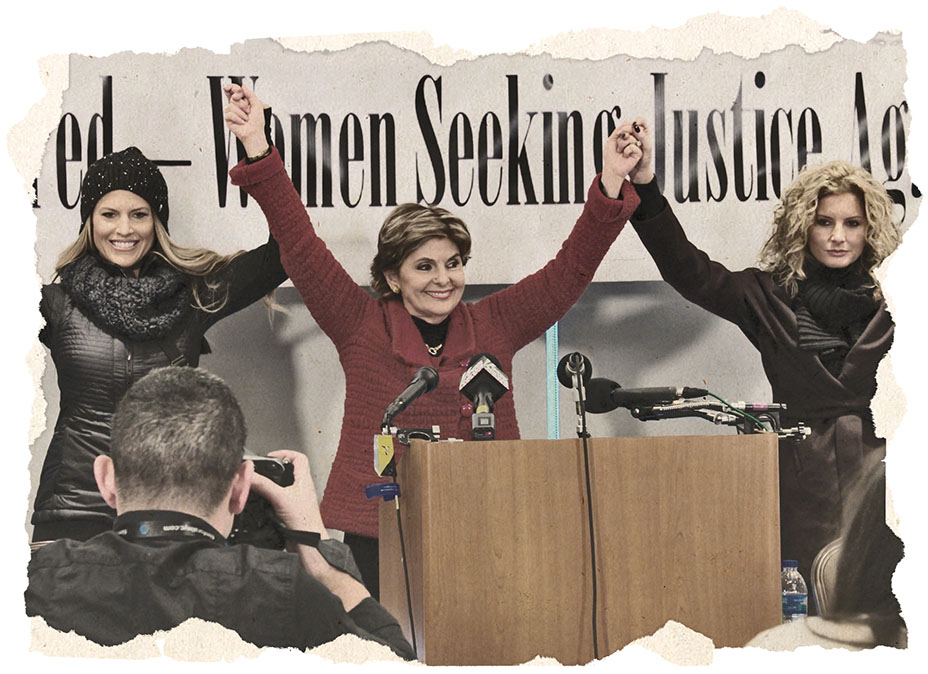 The filmmakers had chronicled Allred’s personal story, from her blue-collar youth in Philadelphia, to her rape in her 20s at gunpoint, to her relationship with her daughter, attorney Lisa Bloom. And they had woven it all together with the narrative of the Bill Cosby case, in which Allred represented a number of victims. Then the Harvey Weinstein scandal erupted.

“It exploded after we locked the film,” recalls Kauffman. “So we had to go back in and add some of that. We had to because [otherwise] the film would have felt like it would have been topical a year ago and not today.”

In fact, Weinstein was the filmmakers’ second major pivot. The first was Hillary Clinton’s loss to Donald Trump in the 2016 presidential election. “The moment [in the film] where they’re all watching [as the election results come in] and Gloria realizes — you can see that change in everybody,” says Kauffman. “I hate to even admit this, but in a weird way it became a real emotional center to the film.”

The filmmakers had planned a trip to Washington, D.C., for Clinton’s inauguration, but they ended up going for the Women’s March — and capturing one of the film’s most compelling scenes, when a male Trump supporter gets in Allred’s face on the steps of the Lincoln Memorial.

But what makes the film compelling isn’t the politics — it’s the humanizing of Allred, a steely litigator and one of the most polarizing figures in today’s cultural landscape.

If Allred is by her own admission a subject who has no problem not sharing — “It’s not hard for me not to talk to people about things,” she tells the directors — the subject of director Lili Fini Zanuck’s documentary was exactly the opposite.

In Eric Clapton: Life in Twelve Bars, the famed musician shared intimate details about everything from his decades of drinking and drugging to how he felt when his 4-year-old son Conor fell to his death from an open window. 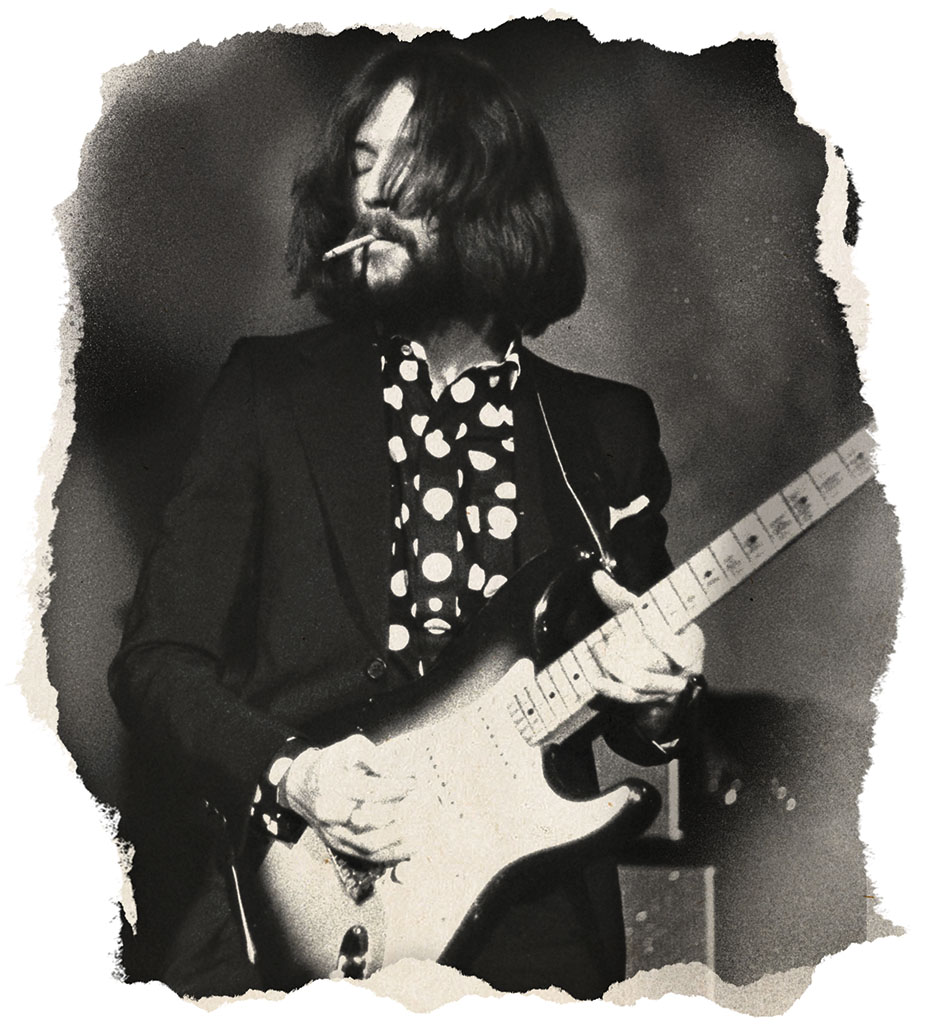 It helped that Zanuck and Clapton were old friends. “We already had trust in our relationship, which you can tell from the film how open he was with me,” says Zanuck, who reveals that it was Clapton who brought the project to her.

Zanuck began her work by searching for archival material. Clapton didn’t have much in his possession, and he didn’t know who did. But Zanuck found more than she knew what to do with, from YouTube clips to photos that Clapton’s wife, Melia, had collected to old footage moldering in a shed in Devon, England.

Zanuck decided to eschew celebrity interviews in favor of conversations with people who knew the real Clapton, like longtime friend and collaborator Ben Palmer. “[Celebrity interviews] don’t do you a lot of good sometimes because it’s very hard to get a great guitar player to wax on about how good Eric is, just by the nature of their egos being involved,” says Zanuck.

The result of her choices is a portrait of a human being who has suffered immensely, made bad decisions, struggled to find himself and lived to tell the tale — all in the public eye.

“The thing that’s so great about it is that he survived,” Zanuck says, “and he survived in kind of a glorious way.”

Clapton’s story resonates “for the same reason that the blues resonates,” she says. “You’re looking at so much pain and so much tragedy, and even if you haven’t had that same amount or your life hasn’t been like that, you feel that you can empathize.”

Apatow echoes that sentiment: “When people watch [Diaries], they have a powerful emotional reaction to it. An enormous amount of people have written me very long letters about what Garry’s story brings up for them.”

This story first appeared in a May stand-alone issue of The Hollywood Reporter magazine. To receive the magazine, click here to subscribe.