The true Malibu locals, they’ll be back. Because they know it’s the price you pay to live in paradise,” says Robert Morton, the longtime producer turned Compass real estate agent. The Emmy winner (Late Show With David Letterman), who transitioned to being a residential broker back in 2015, is seated on the deck of one of his marquee listings — the Broad Beach home of Friends producer Kevin Bright, priced at $14 million — and he’s weighing the impact of November’s Woolsey Fire on his old neighborhood (Morton called Malibu home for two decades before moving to Venice Beach in 2018). “The fire was so tragic, but every society has its burdens and then you look at a day like today and, well …” he says, gesturing to the blue skies overhead and the beach below to finish the thought. Home to scores of entertainment A-listers over the past half-century, including Ron Meyer and Jason Statham, the Malibu beachfront has been kind to Morton as of late: In early June, he sold actor Stephen Dorff’s midcentury modern home a few miles south on La Costa Beach for $7.5 million.

But unlike the beachfront areas of Broad Beach and the Colony, the hillside neighborhoods of Malibu Park and Point Dume have a far less cheerful story to tell.

Over the course of the 13-day fire, Malibu Park, perched on the hillside above Zuma Beach, lost 157 homes — more than 25 percent of its total housing stock. Along stretches of road where midcentury ranch-style homes once stood, there are now only husks of charred masonry. Pockets of Point Dume are similarly ravaged. Outside one home on Bluewater Road, a postal worker tells THR that more than 40 homes on his daily route are now destroyed and he’s often at a loss where to leave the mail. Dozens of signs on Wandermere Road offer names of contractors, soil experts, architects and engineers, all emblems of a community that’s been gutted and readying itself for a massive rebuild.

Malibu typically sees a surge of summer activity as tourists and short-term tenants from all over the world pour in to take advantage of world-class beaches like Surfrider and Leo Carrillo. But this summer — the first since the Woolsey fire took the lives of three people, forced the evacuation of hundreds of thousands and destroyed 500 homes — will have a pall over it. Since November, members of the community have toggled between shock and grief, not to mention anger over what many perceive as an inadequate response by emergency services and public officials. But now, with a bit of movement on the rebuild process, the community may have turned a corner. 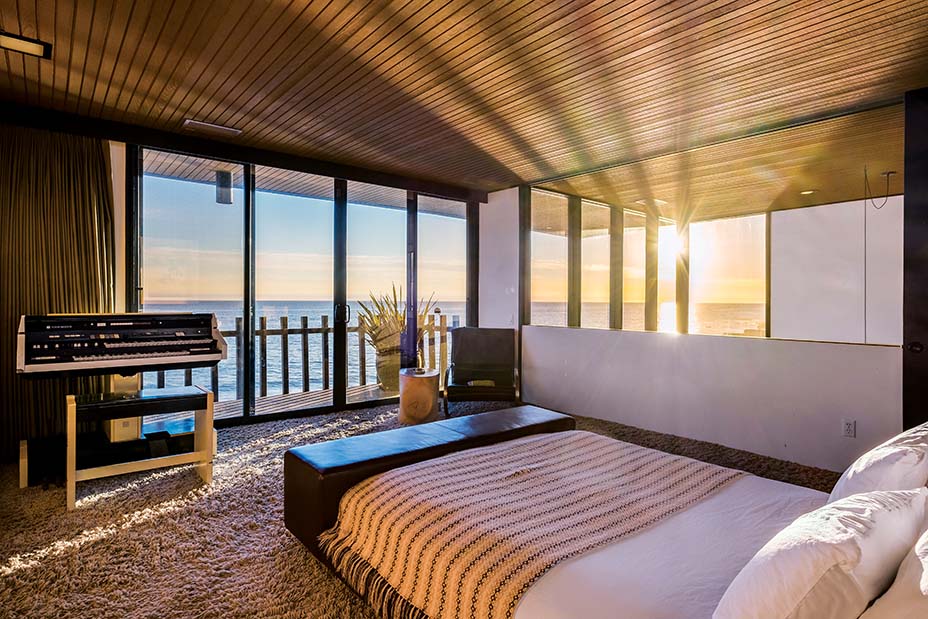 “The PTSD was very real and very hardcore,” says Sotheby’s Shen Schulz, who’s been one of the area’s top-performing brokers for years. He and his family lost their home in Point Dume during the Woolsey fire. “But eight months after, people are getting more into the repair and rebuild process,” he says. “People still love this community — so we have a bit more optimism.”

Despite the destruction and trauma, the real estate market has remained surprisingly resilient. In the first quarter of 2019, the median sale price of a Malibu home was $2.7 million — up nearly 10 percent from last year — according to a report by Douglas Elliman. But the number of sales plummeted from 49 in 2018 to 23 this year, a 53 percent drop.

The median price for a beachfront home — not a single one of which was destroyed by the fire — jumped almost 16 percent from 2018, and a few are currently commanding staggering prices. Coldwell Banker has the $50 million listing on a Douglas Burdge-designed Carbon Beach Terrace home, while a vacant lot on Broad Beach, listed with The Agency, is asking $42 million. 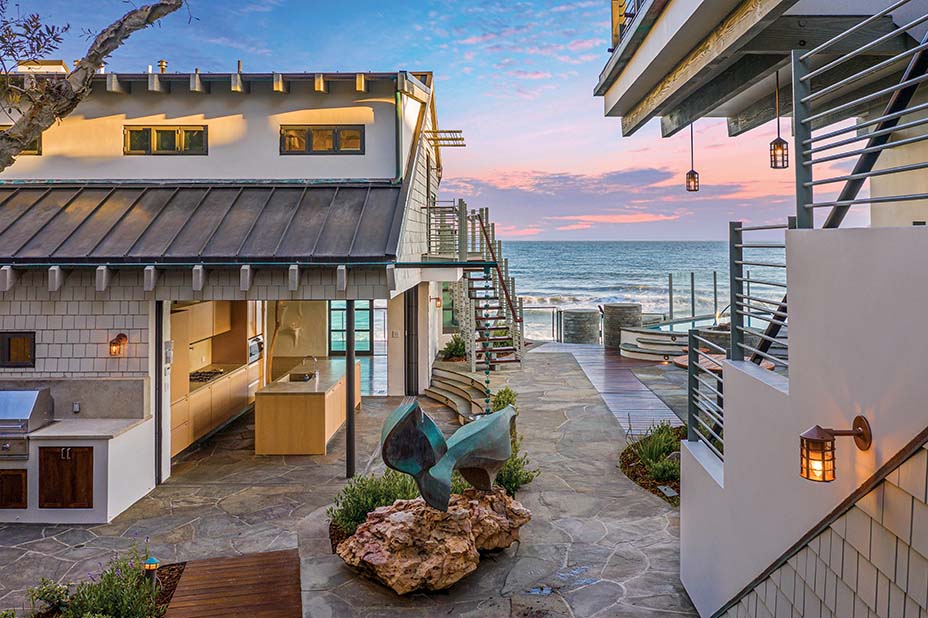 The canyons are a different story. Brokers say those images of a jammed-up PCH as residents scrambled to evacuate in November are still fresh enough in buyers’ minds to make them wary of purchasing in places like Decker, Encinal, Latigo and Corral canyons. Case in point: Mel Gibson’s hilltop home on Carbon Mesa Road, which he listed in 2017 for $17.5 million, remains on the market, now at $14.5 million.

Perhaps the most worrying question for longtime residents is whether the exodus of evacuees who lost homes is permanent. Schulz says he’s fielded multiple calls from out-of-state developers looking to gobble up those burned-out lots and capitalize on the destruction by rebuilding with spec homes. And in recent months, as the insurance checks arrive, there is evidence that a growing number of residents who lost everything are opting not to rebuild, instead selling those burnt lots. More than 30 percent of the 388 properties for sale in Malibu at the start of June were empty lots, according to data provided by Zillow — an unusually high percentage for a city. Three lots in the Point Dume area have sold in recent weeks, all in off-market deals, THR has learned. 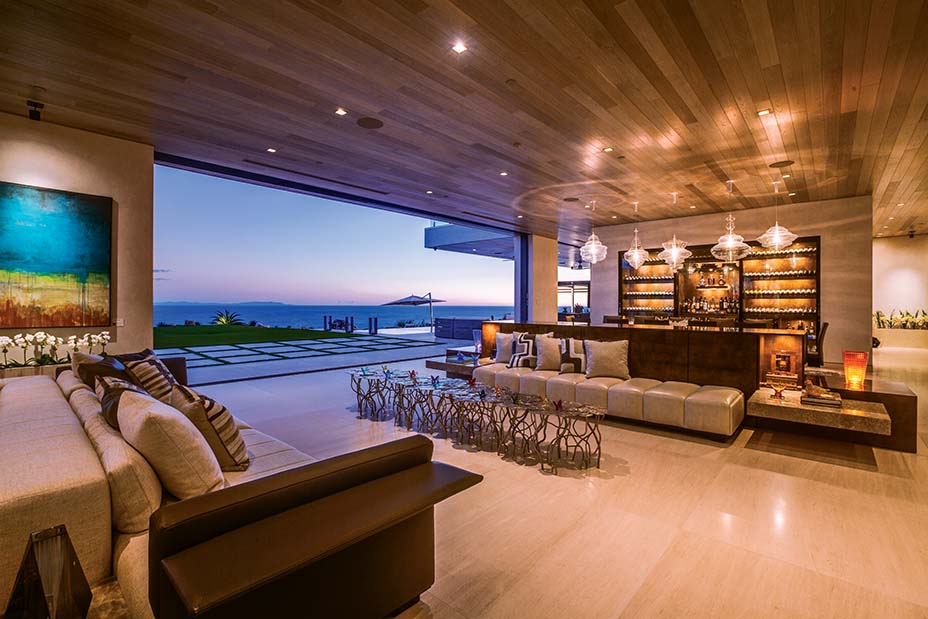 Like many Westside communities, Malibu has struggled to strike a balance between the recent influx of affluent residents and longtimers who are more interested in maintaining the integrity of the community. Schulz worries that sales of these lots could accelerate gentrification and further shrink Malibu’s already dwindling old guard.

Excessive red tape and a gridlocked permitting process may be compounding the problem. Even though Malibu’s city council moved to streamline the approval process for rebuilds that are up to 10 percent larger than the previous structures — as well as to significantly lower the cost of the application process — only three building permits have been issued by City Hall since the fire. This delay, along with concerns about preparedness during the lead-up to the Woolsey fire, have prompted a recall effort targeting two city councilmembers and Malibu’s city manager, Reva Feldman. Leading the charge is activist and journalist Cece Woods, the founder of online news site The Local Malibu. (A spokesman for the city council declined to comment on the recall effort.) “The Woolsey Fire is the best and worst thing to happen to Malibu,” says Woods. “It gives us a chance to start over.”