Costume designer Donna Zakowska looked to fashion icons Audrey Hepburn for season one and Grace Kelly for season two. In the first-season finale, Maisel masters her comic set at the Gaslight wearing a chic bow dress with matching evening gloves. “Once she wore that black dress with the pearls, she would be herself and be a performer,” notes Zakowska. Season two finds the heroine and her family in Paris and the Catskills with a wardrobe to match. “Midge transitions from classic domestic life turned upside down to visiting Paris for the first time,” says the Emmy-winning costume designer. “It’s her version of couture, what you would wear in France.” 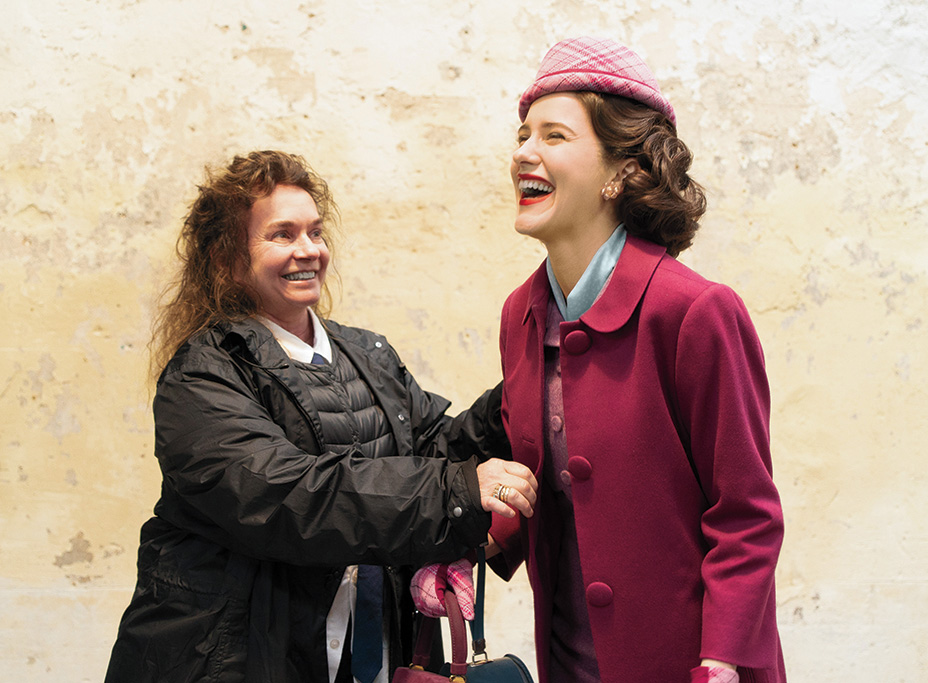 French Vogue and books on French photographers from the period drove the color scheme: “The palette in France was slightly darker,” Zakowska says. “There is a big distinction between 1950s Paris and the lighter tones of 1950s America. Midge and her father are in search of [Midge’s mother] Rose, who ran away to Paris, and Rose’s wardrobe transforms into a deeper purple palette. She contrasts with Midge, who is clad in French pastels with a romantic flavor, pale blues, grays and pinks. It’s very Marie Antoinette.” 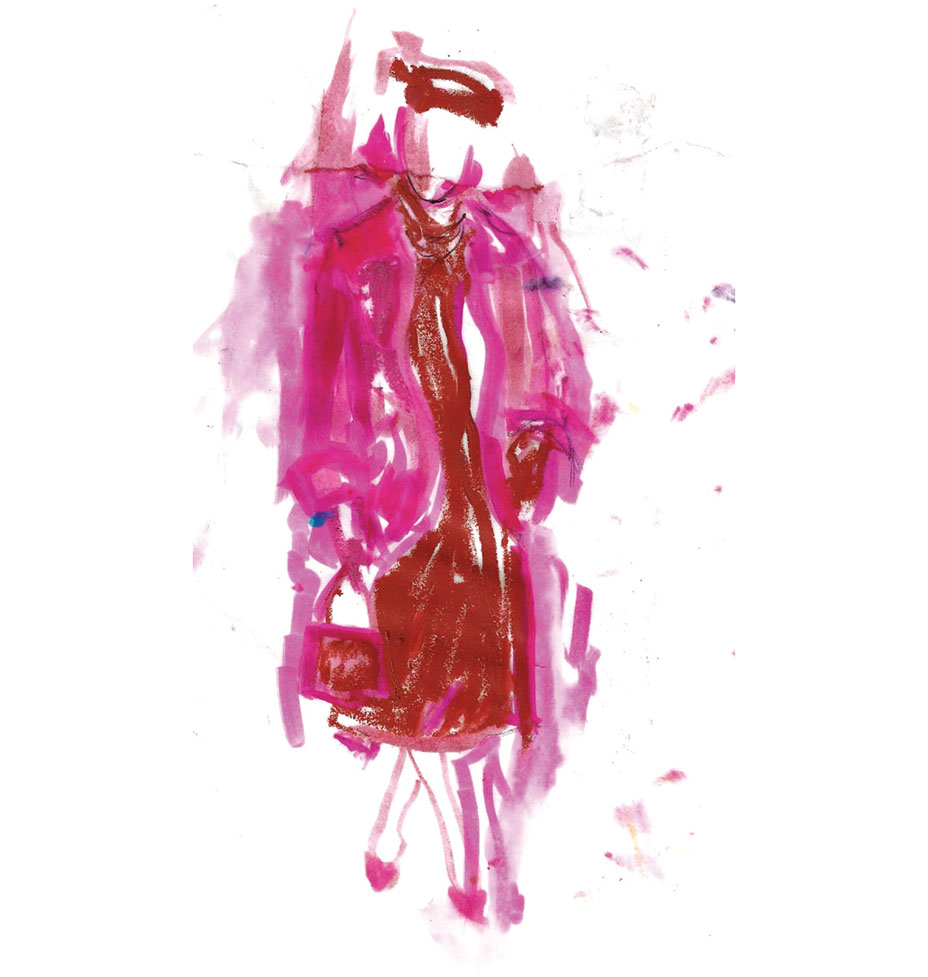 The storyline of season two also finds the family vacationing in a popular ’50s summer resort in the Catskills. “People will respond to the Catskills outfits, particularly the short sets, as they have interesting silhouettes,” Zakowska says. “It’s the first time I really got into prints for Midge. I looked at tons of swatches and was fanatical about controlling the patterns.”

Creating the principals’ clothing necessitated a staff of 25?cutters and seamstresses and a prep time of 12 weeks. Zakowska also designs 85 percent of the hats, finds the vintage bags and shoes online and even sourced a woman in France to make period-perfect undergarments. And since Palladino-Sherman loves extras, the designer uses rental houses and calculates she has dressed as many as 5,000 extras.

From 'Mary Poppins' to 'Mary Queen of Scots': Costume Designers on "Juicy" Conversations With Stars and $21 Outfits

Creating the ambiance and spirit of the 1950s fell to veteran production designer Bill Groom, who used his memory as a reference point for the period’s designs (he was only 9 at the time the show takes place and jokes that remembering black-and-white television came in handy).

After meticulously researching magazines, books and the Library of Congress, Groom says his main goal was to avoid cliches in depicting the bohemian Paris of the ’50s. The four-time Emmy-winning designer says, “I wasn’t interested in comparing landmarks in Paris to landmarks in New York City and wasn’t reaching for the Eiffel Tower or Arc de Triomphe. So many shows fall in that trap. I wanted it to feel like an experience you would have living there, as opposed to that of a tourist, and that is what guided me in terms of what we chose.” 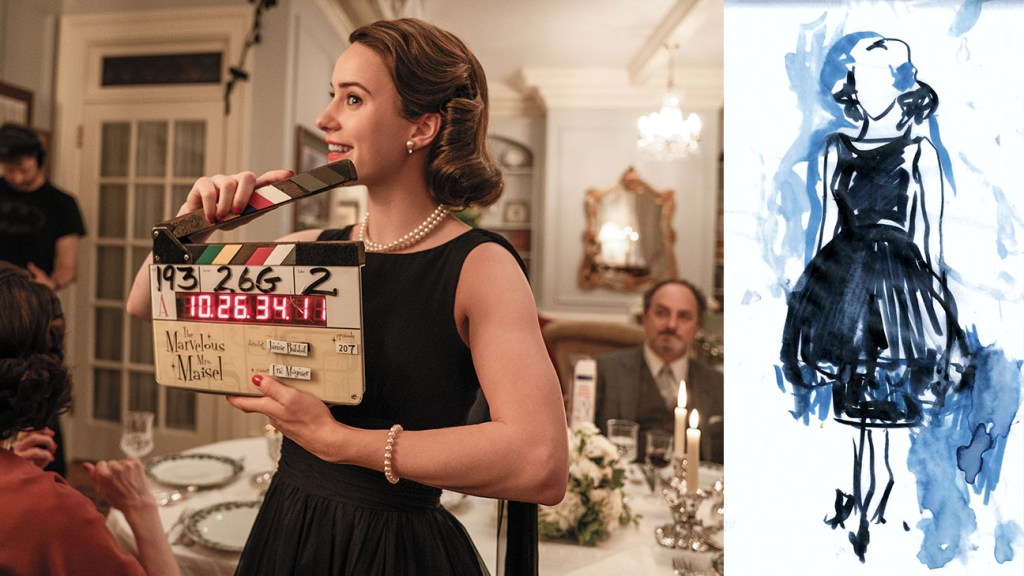 To create a Catskills resort in the area known as the Borscht Belt, Groom and set decorator Ellen Christiansen needed a large hotel with a lake and found one in Bridgehampton, New York that had been there since 1860 and owned by the same family for generations. “The challenge in decorating the Catskills was to make it fresh for the 1950s while being true to the longer history of the place,” says Christiansen. “We looked at the family’s old photos and postcards dating to the late 1800s for clues on how it looked in our time period. The end result was a mix of Old Hickory twig-style furniture, 1950s “modern,” antique wicker and classic Colonial. We sourced period-appropriate fabric and reupholstered several vintage chairs and settees that belonged the resort.” 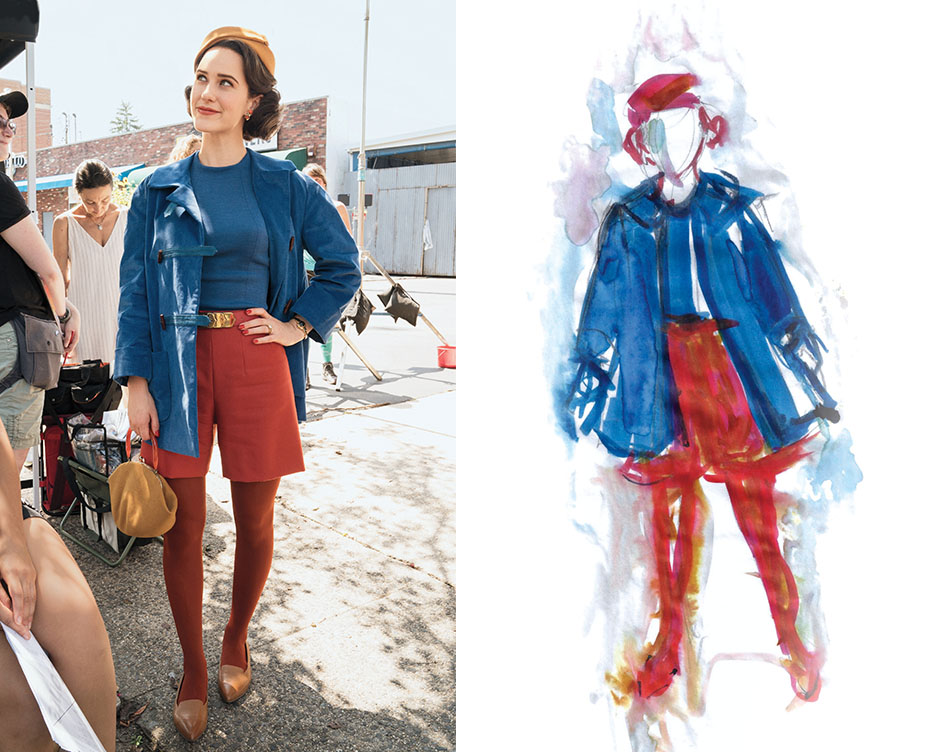 In addition to shooting on location, more than 60 sets on soundstages at Brooklyn’s Steiner Studios and Manhattan were deployed. The Gaslight, B. ?Altman’s department store and the “classic six” family apartments all return in season two. Christiansen, who also worked with Groom on HBO’s Vinyl, says the decree was that “only a certain percentage be modern for the period. Furnishings that reflect the history of the characters or space — while adding everyday-life layers such as phones, wastebaskets, ashtrays, silverware, mail — help tell the story.”

Sets and costumes synced naturally. “Somehow [Groom’s] colors lean toward realism, and my colors lean toward magical realism and seem to have hit a good balance,” Zakowska says. “I am more heightened, he’s more pulled back.” Case in point: Groom selected a pink wall-to-wall carpet for the Catskills hotel, and Midge walked onto the set in a classic Mamie Eisenhower pink coat (a predominant color theme of the show). Zakowska says: “We realize magical color matches can happen unintentionally.” 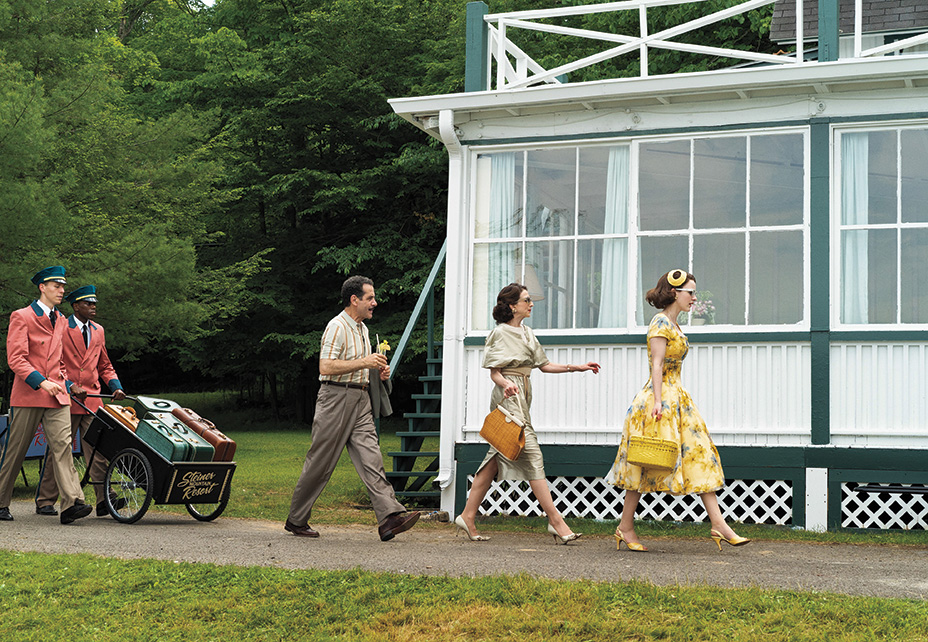 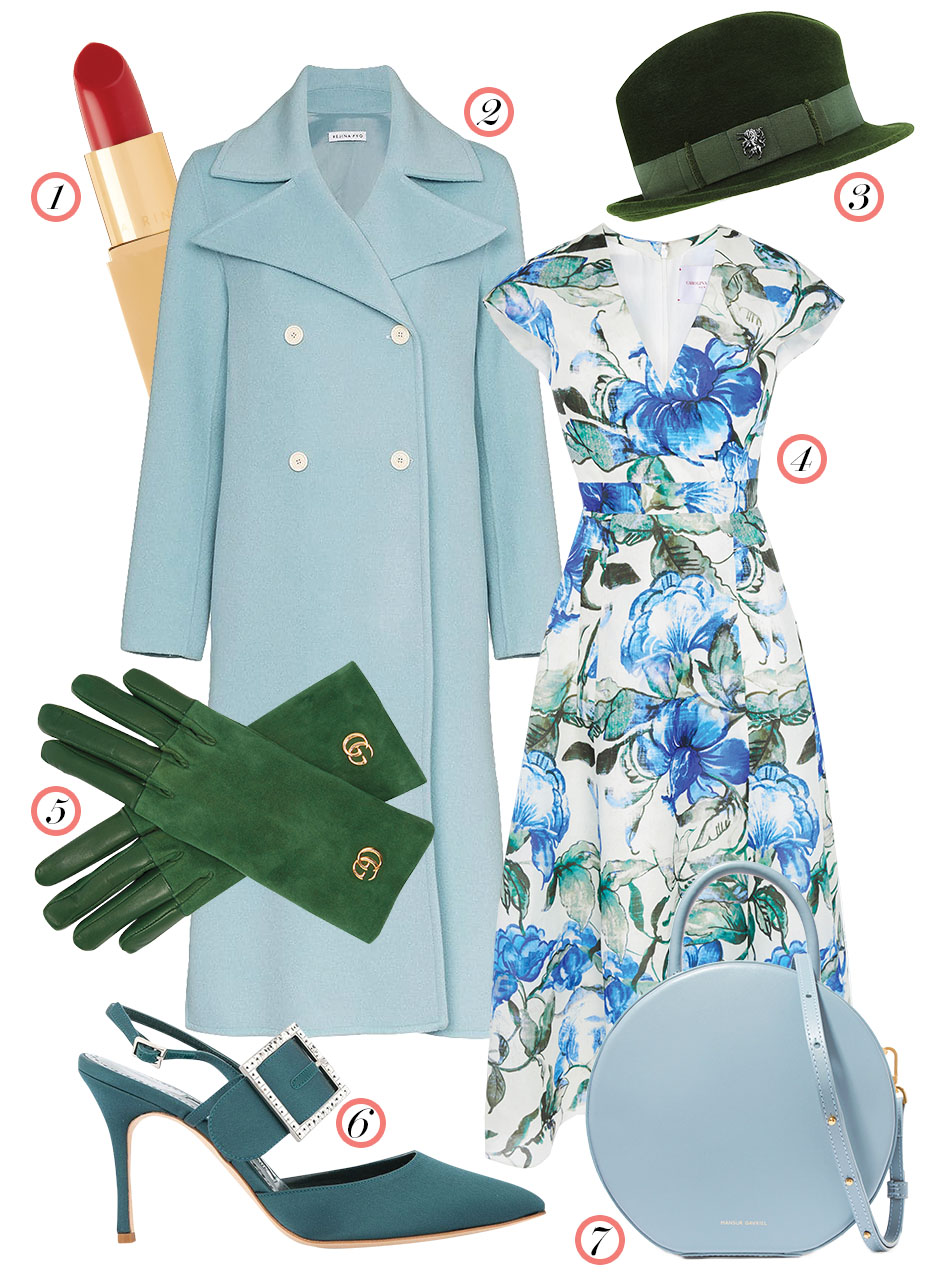 'The Marvelous Mrs. Maisel,' 'How to Get Away With Murder' Among First Recipients of ReFrame TV Stamp

This story also appears in the Dec. 5 issue of The Hollywood Reporter magazine. To receive the magazine, click here to subscribe.