Creating the Disney sequel Mary Poppins Returns represented a fresh challenge for director Rob Marshall, no stranger to movie musicals (Chicago, Into the Woods). “The bar was incredibly high, as the world of the original was so beautiful,” he says. “I wanted to pay homage while finding our own path.

What helped was setting this in the original era of the mid-’30s” — when the P. L. Travers books took place, not the Edwardian-era 1910s of the Julie Andrews film. 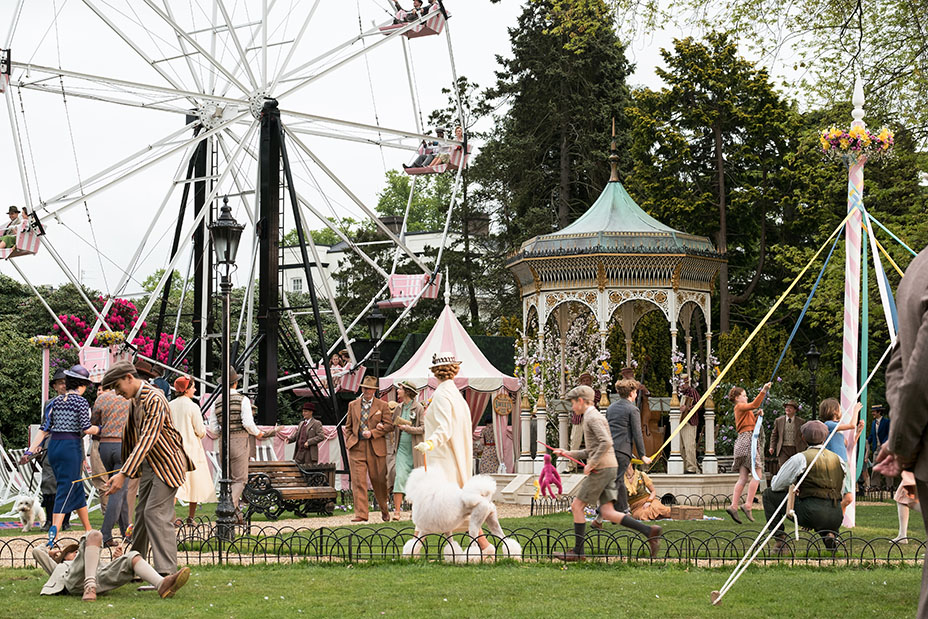 For his version (out Dec. 19), Marshall looked to his six-time collaborator, Oscar-winning production designer John Myhre, to build a Depression-era London “dipped in reality” in the city’s Shepperton Studios (where the Banks’ home on 17 Cherry Tree Lane was filmed). The live-action musical sees the return of Mary Poppins (Emily Blunt) to the Banks household, only now it’s Michael Banks (Ben Whishaw), a grown man who lives with his three children; his sister Jane (Emily Mortimer) is also in the picture. “Our story takes place during the big slump of the financial crisis in England,” says Myhre. “We wanted to make it gritty, and when Mary Poppins comes with her magical adventures in color, there is a contrast.” Adds Marshall: “My hope is, by the end the fantasies and realities come together emotionally so that you can bring fantasy into your real life. That was the trajectory in the design.” 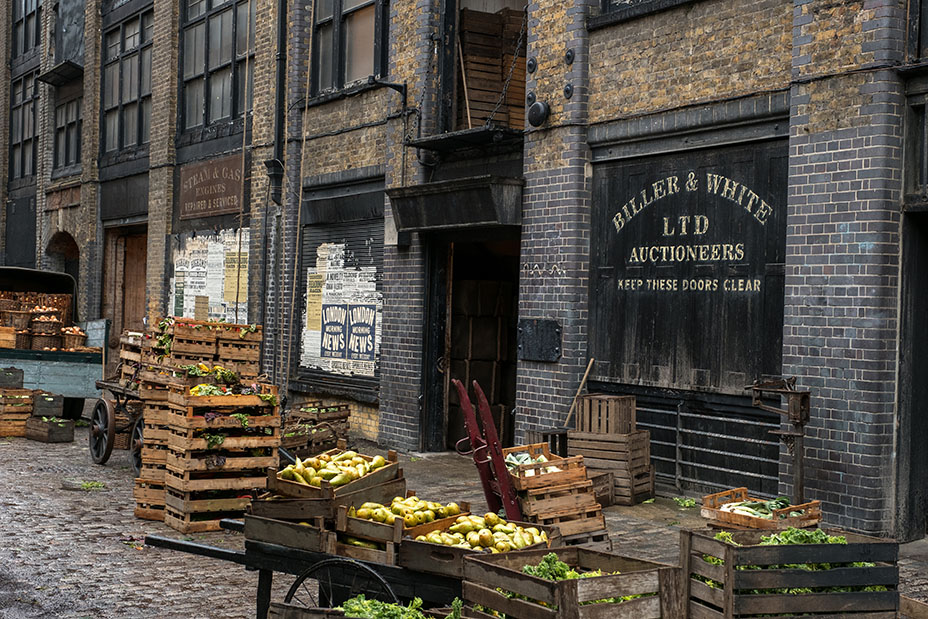 Paying respect to the original while making it new required all the tools from a production designer’s arsenal — computer-generated imagery, three-dimensional sets and animation. The operative word was “London-y,” an adjective the designer used as a benchmark of how English the settings should be. Both Marshall and Myhre are devout Anglophiles and the movie becomes a “love letter to London” as the city’s famed landmarks are beautifully displayed travelogue style from Buckingham Palace, St. Paul’s Cathedral and Parliament to the Tower of London and Big Ben. “This is a tour of London and a mishmash of real locations and sets,” says Myhre. 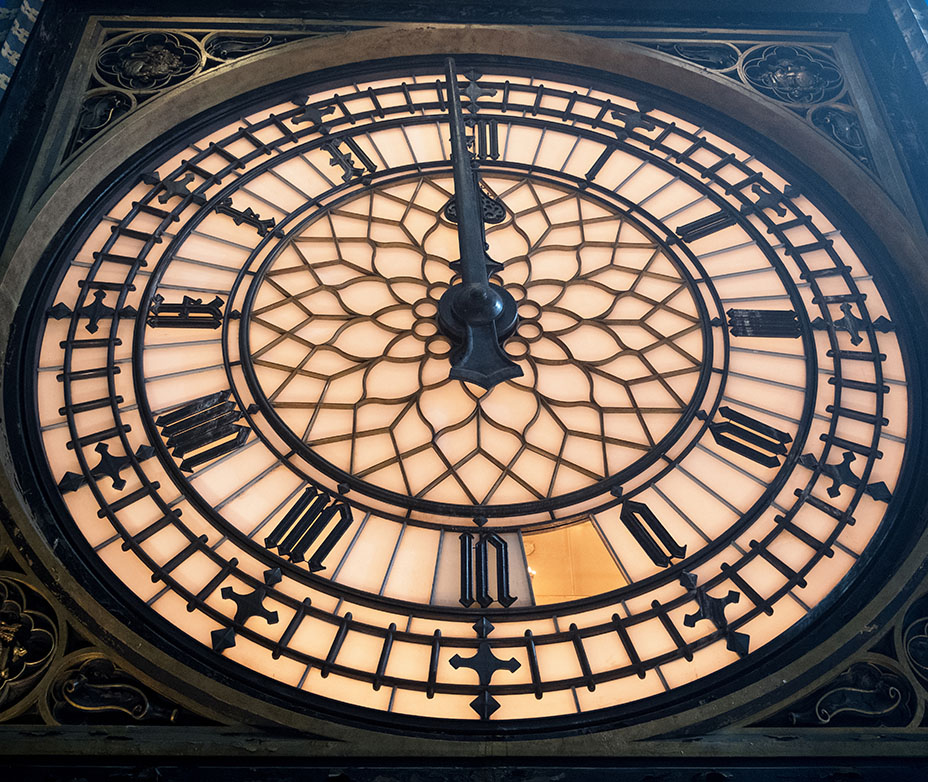 One of the most impressive designs was the re-creation of Big Ben where hands-on research — and a good set of earplugs — came in handy when the design team climbed into the belfry of the actual tower. “We got to walk up and go behind the clock to see the mechanism that turns it. When Big Ben ran, I thought, how amazing is this? The clock face and sections of the tower are completely authentic and an exact reproduction was made of what is behind it — it’s a little bit of real and movie magic.” 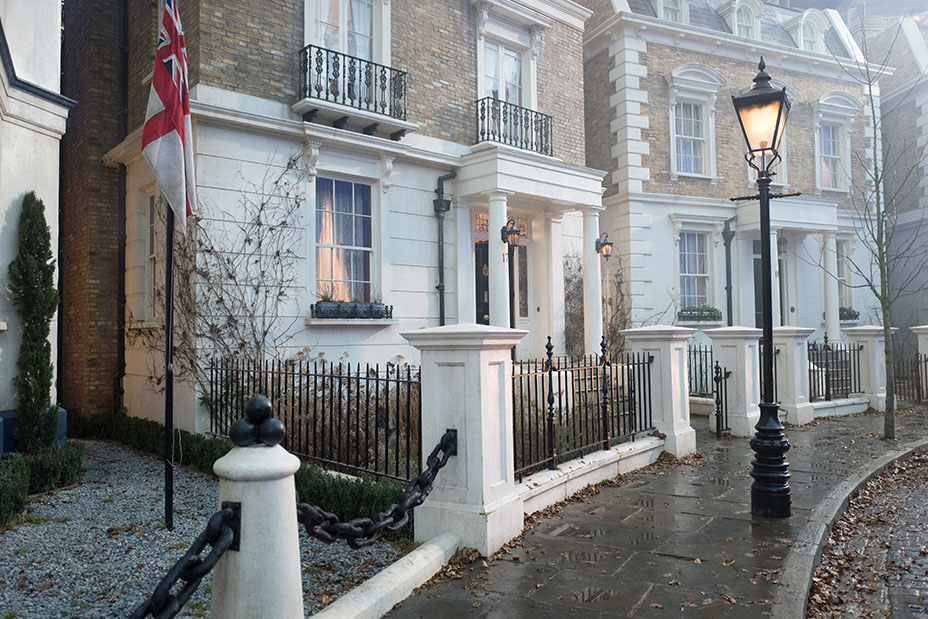 The iconic home of the Banks family on 17 Cherry Tree Lane is depicted in its current neglected state with a family in mourning, repossession looming and an elderly housekeeper who is not up to the task of good housekeeping. Preferring not to use standard items from prop houses, Oscar-winning set decorator Gordon Sim scoured antique markets all over southern England to create interiors for the Banks’ Georgian house. He did refurbish the same sideboard from the original film in a process that took 18 weeks. Dick Van Dyke, 92, the first film’s lamplighter (played in Marshall’s version by Lin-Manuel Miranda), reprises a different role from the original: elderly banker Mr. Dawes. “One of the best moments of my life was when Rob took Dick into the house,” says Myhre. “His face lit up and he said, ‘This is not our Cherry Tree Lane, but it’s Cherry Tree Lane.’ ” 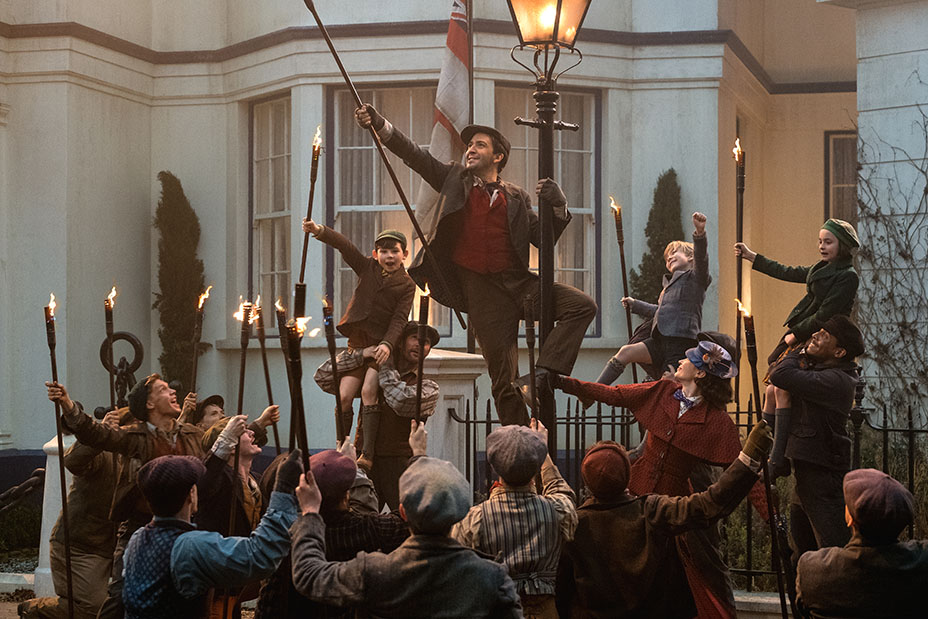 Over 26 weeks, an abandoned park was turned into a magical spot with a glass greenhouse filled with botanicals, ornate black iron railings, a bridge, double-tiered fountains and five levels for dancing, providing the backdrop for Miranda’s memorable song “Trip a Little Light Fantastic.” “It became one of the biggest dance numbers,” says Myhre, “with 30 ‘leeries’ singing and dancing with bikes and ladders around the lamplights. It was fantastic!” 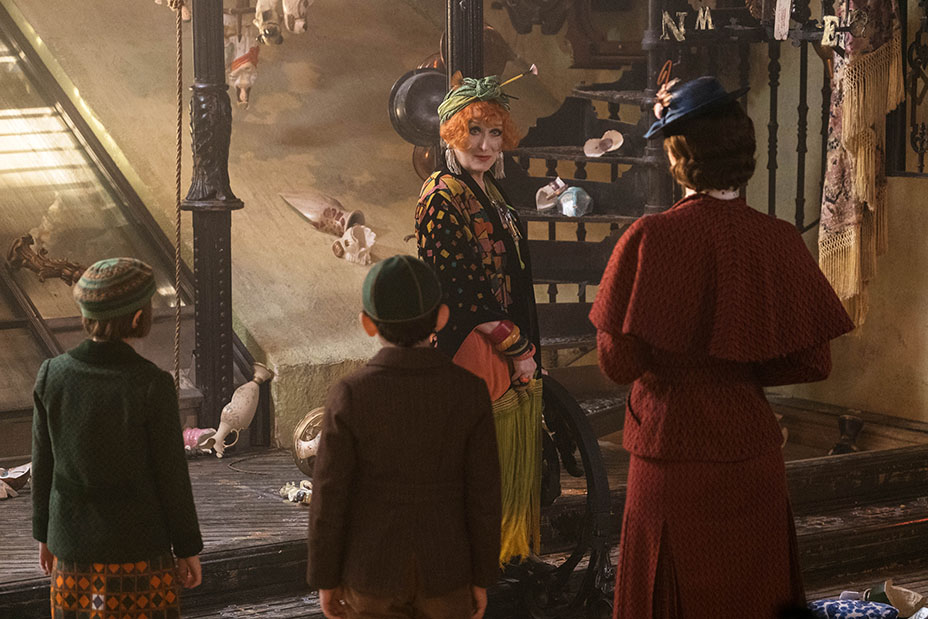 Of the 50 sets that were built on eight soundstages at Shepperton, the one that designers found the most challenging was Poppins’ daffy Cousin Topsy’s (Meryl Streep) upside-down Fix-It Shop filled with china, musical instruments and pianos — all hung upside down. “We had never done anything like this before. We worked with a prop master for six months on the set,” says Sim. Myhre agrees, adding, “Literally everything from torn paintings to grand pianos had to be hung upside down and even discussing it made everyone crazy: Up is down, floor is ceiling and it took two weeks before everyone even understood the language.” Marshall says it was one of the most treacherous sets he had ever been on. “It was literally a 360-degree set and hard to register what items were as they were hanging upside down. Meryl kept bumping her head on things!”