In 1988, Patrice Coleman became the first African American makeup artist in her union in Georgia, and she has worked steadily since on Georgia-based film and TV shoots, including Lionsgate’s Insurgent, multiple projects for Tyler Perry and HBO’s The Immortal Life of Henrietta Lacks. Nevertheless, she was surprised last year when a line producer she’d never met, Mike Drake, asked her to meet about a Warner Bros. feature starring Michael B. Jordan, Brie Larson and Jamie Foxx. “I was amazed at how Mike found me,” Coleman says. “He said it was just by going through the union roster.”

Directed by Destin Daniel Cretton and based on attorney Bryan A. Stevenson’s 2014 memoir, the legal drama Just Mercy (slated for 2020) stars Jordan as Stevenson, an attorney who takes the case of a man wrongfully imprisoned for murder. In summer 2018, Jordan, who’s also an executive producer on the project, pushed for an inclusion rider during his negotiations with Warners; instead, parent WarnerMedia opted to declare the film its first under a new, companywide policy aimed at hiring more cast and crew from underrepresented groups (the company plans to issue annual progress reports).

Cretton, producers Asher Goldstein and Gil Netter, Drake and unit production manager Jax Baker committed to staffing crew as early as possible, before local pros were snapped up by Atlanta TV productions. They quickly identified certain roles, such as makeup and wardrobe, with a deeper pool of women and people of color, but encouraged all department heads to hire as broad a mix of people as possible (some departments, like sound and visual effects, still reflect the mostly white and male demographics of those crafts).

As with Coleman, stunt coordinator Keith Splinter Davis was hired based on a cold call from the production office. “People usually hire people they know,” says Davis, who was a stunt performer on Avengers: Endgame and Black Panther. “That can be challenging to break through. This is the biggest show I’ve ever been the stunt coordinator on, and I’ve been in the business for 20 years.” Recalls Coleman, “Upon leaving the interview, I asked, ‘Why me?’ I’ve never asked anybody that on an interview before. Mike said, ‘Why not?’ And I thought, ‘Yeah, why not?'” 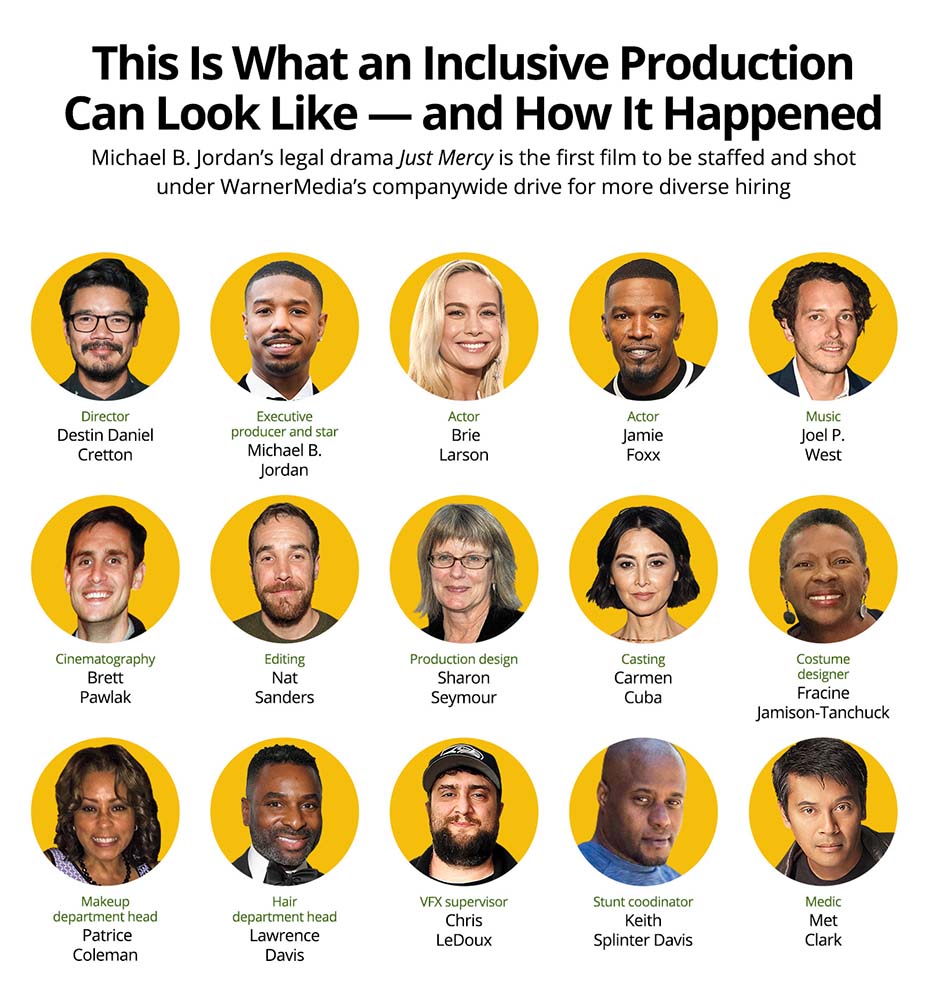